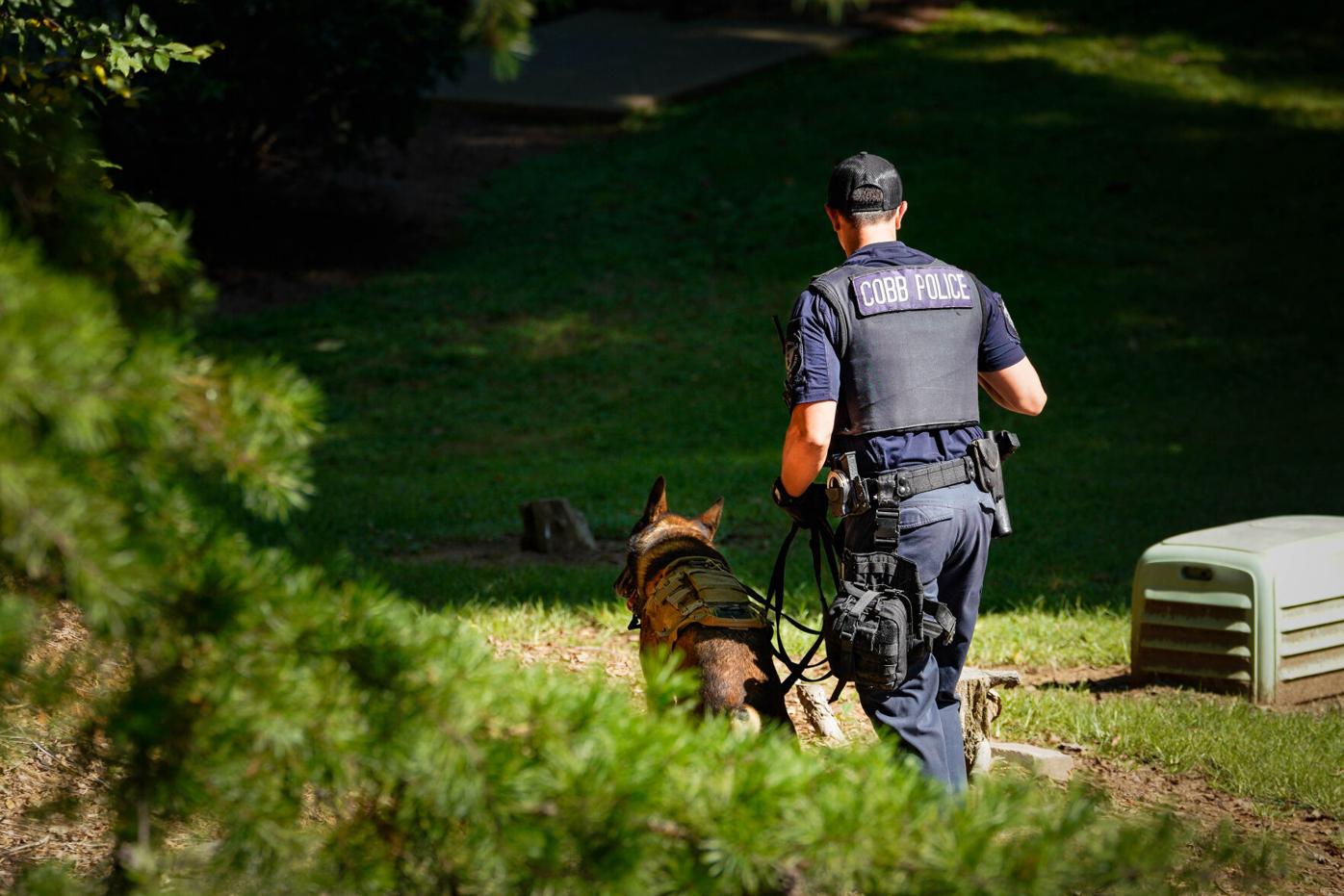 Cobb Police and a K-9 officer search for a suspect near the Kennesaw campus of Kennesaw State University on Thursday afternoon. 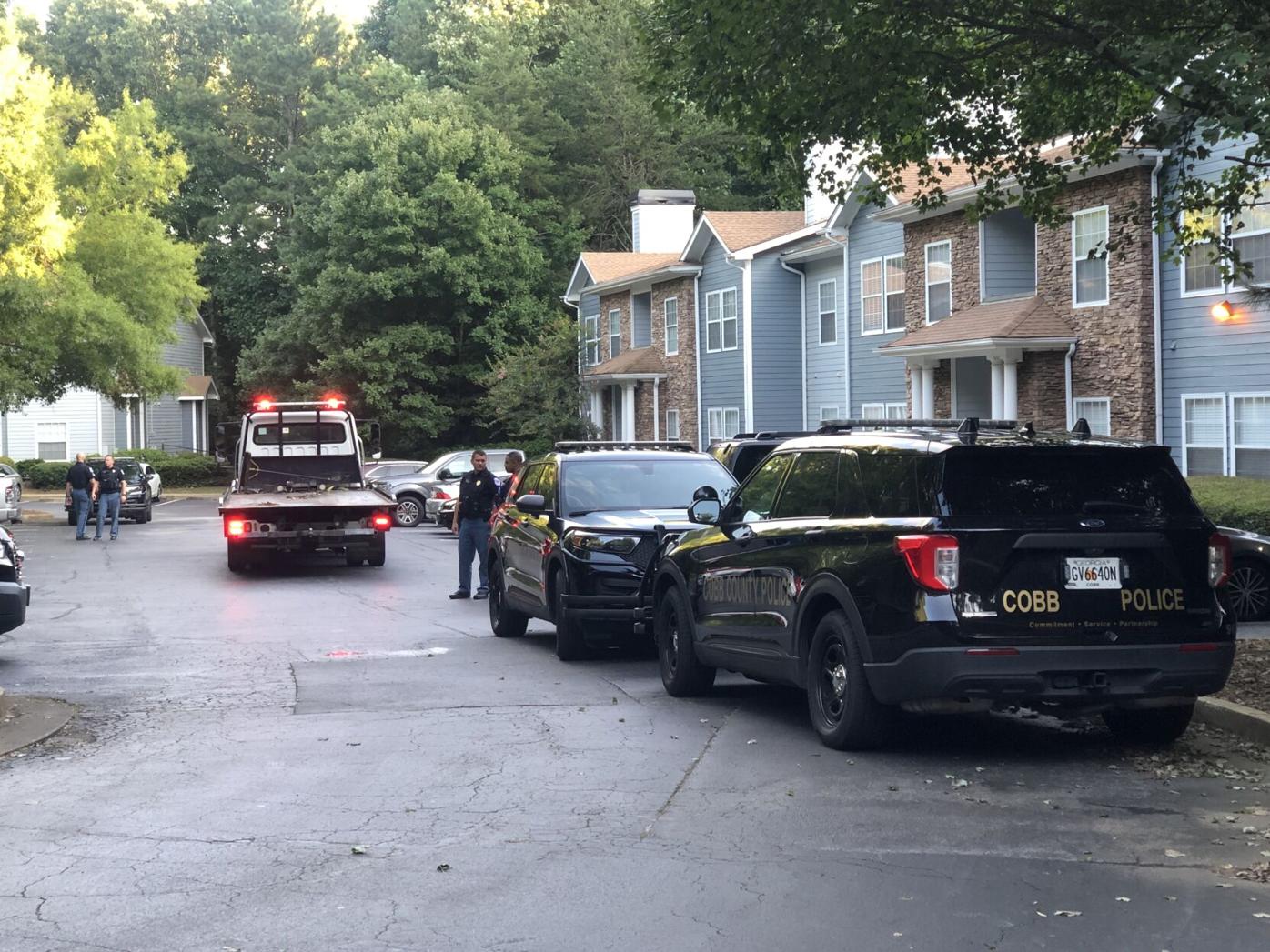 Cobb Police remained on the scene of a shooting at TownPark Crossing apartments around 7 p.m. on Thursday.

Cobb Police and a K-9 officer search for a suspect near the Kennesaw campus of Kennesaw State University on Thursday afternoon.

Cobb Police remained on the scene of a shooting at TownPark Crossing apartments around 7 p.m. on Thursday.

A man was shot and killed at a Kennesaw apartment complex, causing a police manhunt and a "secure in place" alert for the nearby Kennesaw State University campus.

Cobb Police responded to a report of a shooting at the TownPark Crossing apartments on George Busbee Parkway around 3:30 p.m. Thursday, according to Sgt. Wayne Delk. Officers found a male victim who did not survive his injuries, and Cobb Police began searching for the assailant in the surrounding area, including portions of the campus.

The KSU alert was in effect from about 4:45 p.m. to 6 p.m. Multiple officers with rifles drawn were on the grounds of the Austin Residence Complex's 900 building, near the intersection of Chastain Road and Kennesaw State University Road, according to an eyewitness account.

KSU students and staff were told to stay inside via an automatic alert and warned that there were possibly armed suspects on campus. KSU personnel were being told to avoid the area of George Busbee Parkway between Frey and Chastain roads.

Cam Williams, a sophomore living in the Austin Residence Complex's adjacent 700 building, said he woke up around 5 p.m. as he received the first alert.

"So I come out of my room, next thing I see is cops coming around the corner with (assault rifles) and everything," Williams said, who added that he was told he couldn't re-enter his room after he came outside.

Cobb Police were still at the TownPark Crossing apartment complex at 7 p.m. Thursday, as a wrecker arrived to remove a vehicle. Charles Hall, a nearby resident, said he was on his way out of the complex around 3:15 or 3:30 p.m. when he saw three police cars speeding in the opposite direction. He spoke to the complex's maintenance man, who heard several gunshots.

Details about the number of suspects associated with the incident were not available at press time Thursday.

What's on TV Saturday: 'Raise a Glass to Love' on Hallmark; 'Imperfect High' on Lifetime