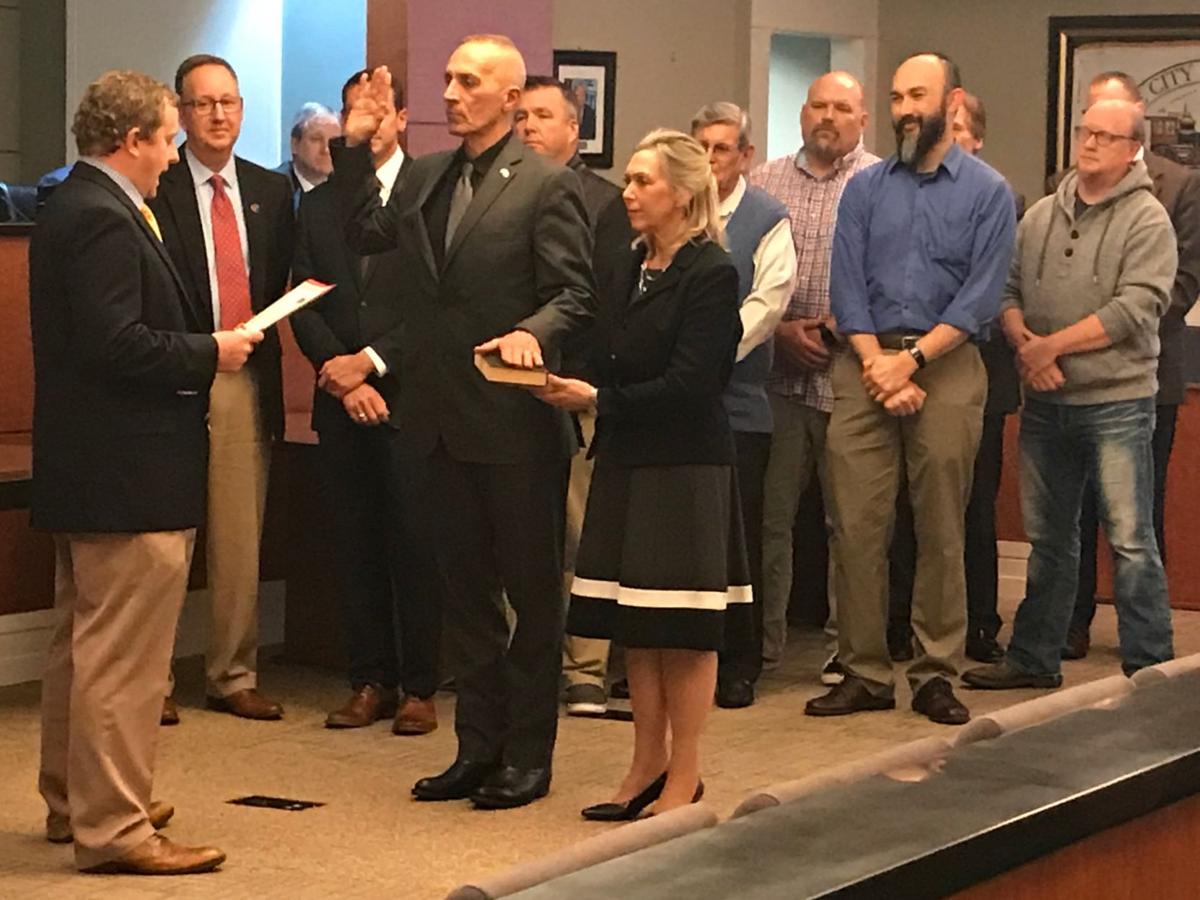 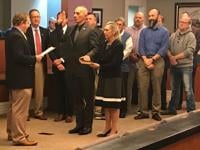 Mayor Derek Easterling was sworn in for his second term by State Rep. Bert Reeves, surrounded by family, friends and colleagues. 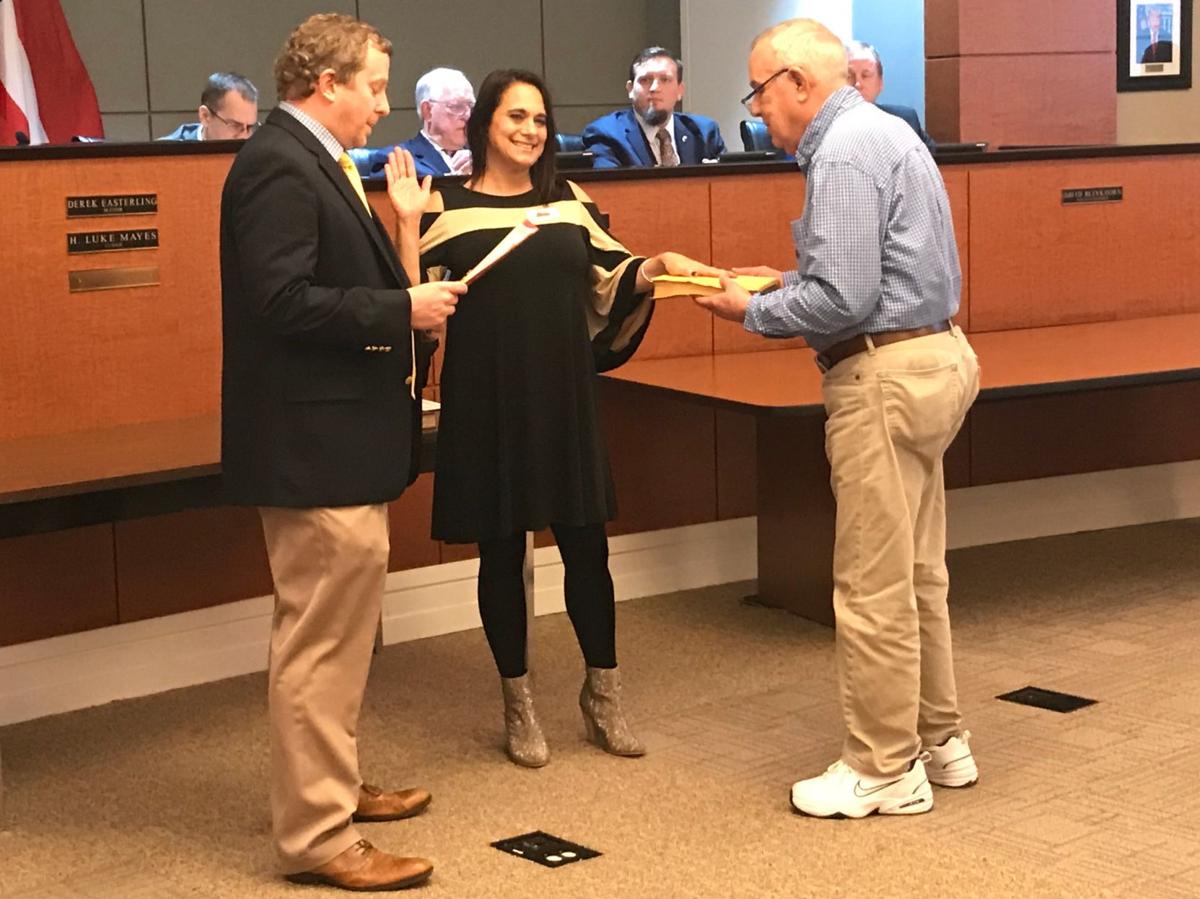 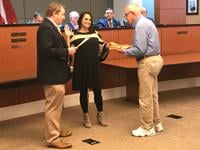 Tracey Viars was sworn in for her second term, joined by friend and council meeting regular Joe Bozeman. 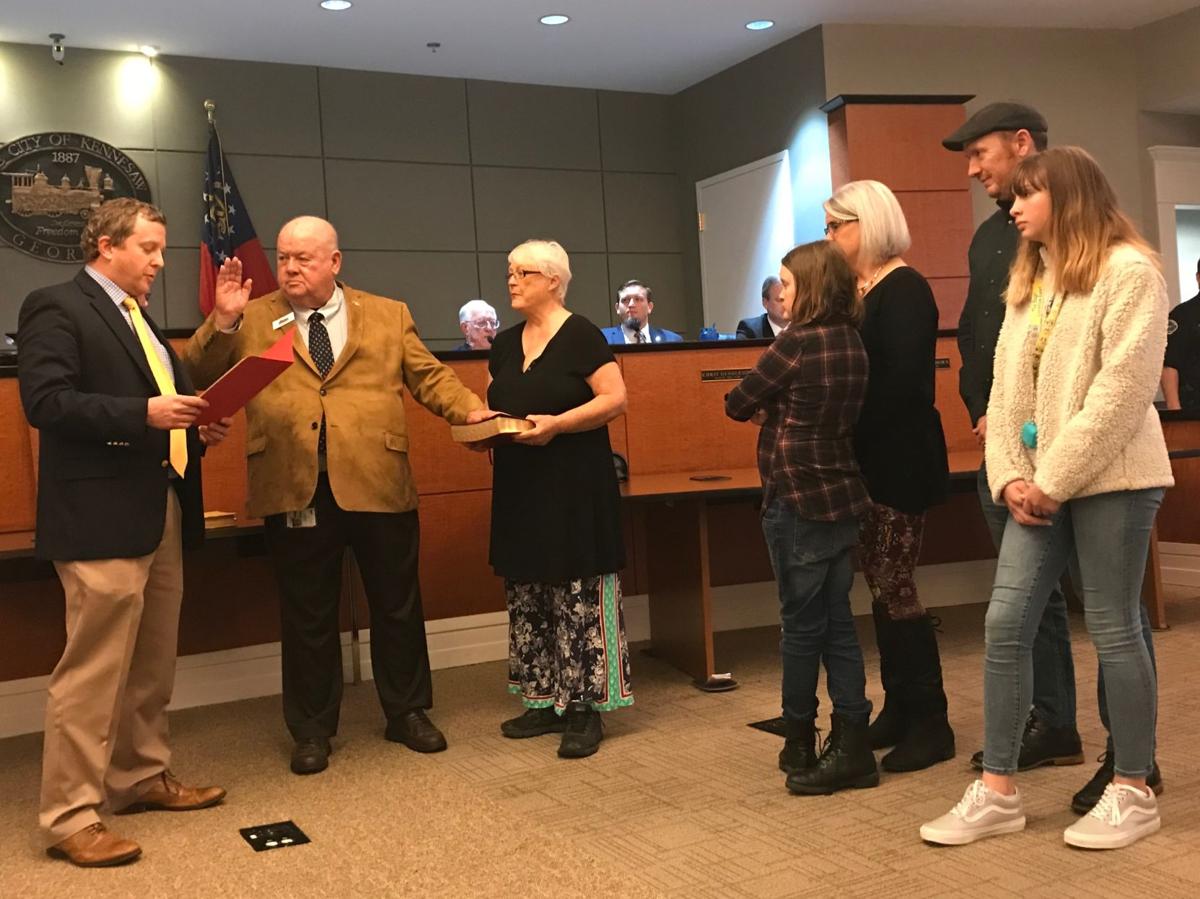 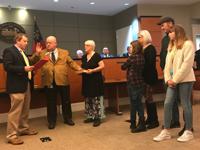 James “Doc” Eaton was sworn in by State Rep. Bert Reeves for his second term on the council after defeating two challengers in 2019.

Mayor Derek Easterling was sworn in for his second term by State Rep. Bert Reeves, surrounded by family, friends and colleagues.

Tracey Viars was sworn in for her second term, joined by friend and council meeting regular Joe Bozeman.

James “Doc” Eaton was sworn in by State Rep. Bert Reeves for his second term on the council after defeating two challengers in 2019.

Two members of the Kennesaw City Council and the mayor were sworn in for their second terms in office Monday.

“I wanted you to see who’s around me to help me become the person that I am,” Easterling told the audience.

Council also took care of other new year routine matters such as appointing a new mayor pro tem, who serves the duties of mayor when Easterling is not present. Outgoing Mayor Pro Tem Chris Henderson recommended council member Pat Ferris, who was approved 4-0, with Ferris abstaining from the vote.

♦ The Keep Kennesaw Beautiful Committee will become a subcommittee of the Kennesaw Citizens Advisory Committee. KKB officers will continue to serve on the subcommittee in addition to boosting the membership of KCAC and enable them to meet quorum requirements.

♦ The Citgo/Kennesaw Food Mart at 2057 North Cobb Parkway was approved for beer, wine and Sunday sales.

♦ Council upheld the action of the license review board regarding Luna Lounge at 3055 N. Main Street. Due to ordinance violations of pouring alcohol without a permit, Luna Lounge will have its alcohol license suspended for three months and licensee Eric Turrubiates will not apply for a renewal in agreement with the city solicitor. According to the notes from the review board’s due cause hearing on Dec. 6, the establishment posted photos on Facebook of customers pouring alcohol into servers’ mouths. There were also 13 calls to law enforcement in a one-year period.

Life won't break Mance Makall, but it has lead him to 'Broken'