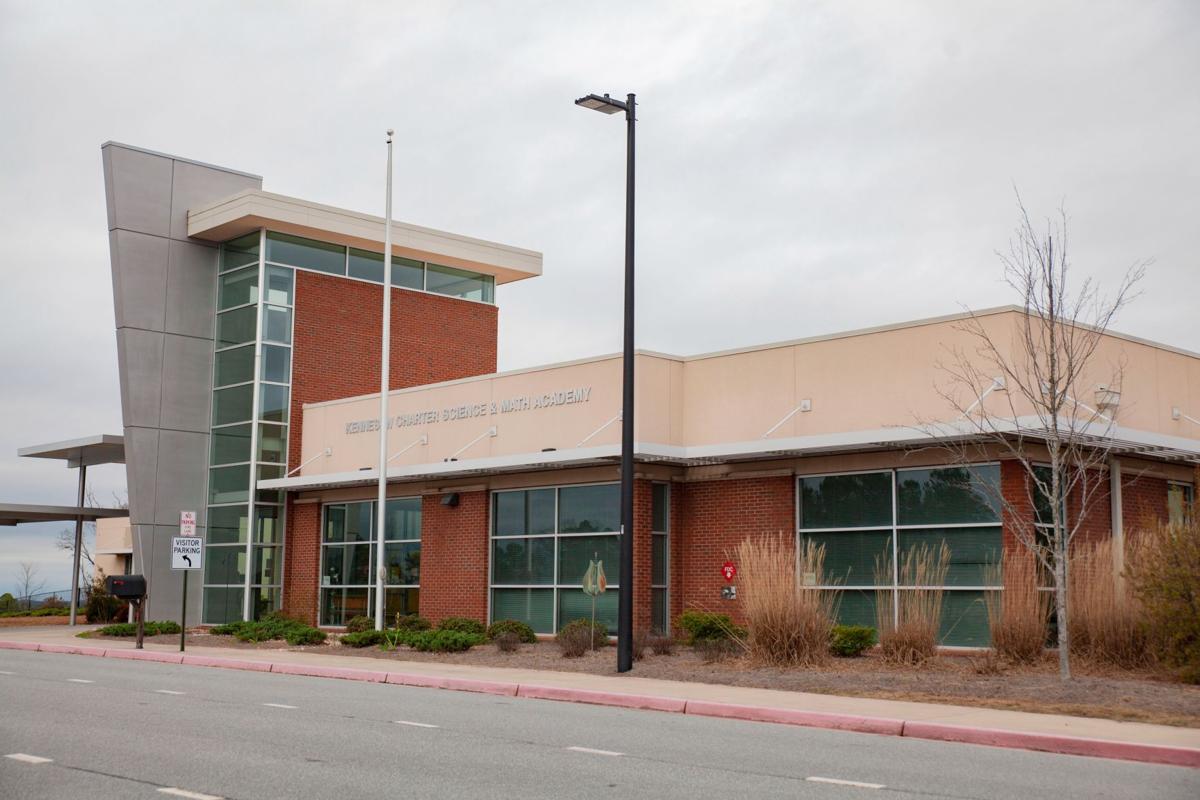 Kennesaw Charter Science and Math Academy, off Cobb Parkway east of Blue Springs Road, announced its permanent closure Wednesday, leaving staff and parents scrambling to find new jobs and schools for their children in time for the August school year. 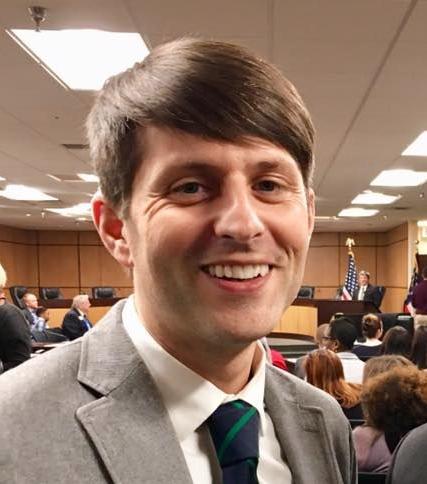 KENNESAW — A Kennesaw charter school announced Wednesday it will be closing permanently at the end of the school year, leaving parents looking for places to send their children in August.

The announcement came via an email from Kennesaw Charter Science and Math Academy Board Chair Jacqueline Oduselu, which arrived in staff inboxes at 1 a.m. Wednesday, according to school employees who anonymously shared the email with the MDJ.

“Please pardon having to start your day with this news, but we needed to update and inform you regarding the status of the school for the upcoming school year beginning in the fall of 2020,” Oduselu said in the email to staff, with an attached statement about the school’s closure. “This communication will also be shared with parents this morning to provide ample notice for parents to be aware and prepare for considering alternative options of education for their students for the next academic year.”

The closure is not a total surprise to many involved in the school, which has struggled financially in recent years amid declining student enrollment and subpar academic performance.

Administrators have also been the subject of widespread flak, with teaching staff and other school community stakeholders complaining of financial mismanagement and that the school has no registered nurse, is defaulting on its bonds debt, failed to have its STEM accreditation renewed and that it can’t make payroll.

Currently there are just over 300 students enrolled there in grades K-5.

“We heard a rumor a couple of months ago,” Courtney Brown told the MDJ as he picked up his child from the school on Cobb Parkway near Rutledge Road on Wednesday afternoon.

Brown said he only got official confirmation of the school’s closure Wednesday, and had not been given any information about why it won’t reopen. He said he’ll probably try to get his child into Mountain View Elementary School in Marietta, where he grew up.

Jessica Johnson, who just moved to Acworth in December, was also at the school picking up her kindergarten-age son Wednesday afternoon, and told the MDJ she heard its doors were staying open as recently as this week.

“My mother called and spoke to someone at the school and was told they’re not planning to close,” Johnson said.

She said she chose the charter school for her son because she likes the STEM program and the other charter schools in the county were farther from her new home. Johnson said online reviews from parents and performance ratings also convinced her KCSMA was the right choice.

“I have to do some research to find out where he will go next year,” she said of her son. “I definitely wanted to stay here, for sure.”

The school’s closure is reason enough to move house, Ericson Vibert told the MDJ as he collected his 5-year-old from class Wednesday.

Vibert said he and his wife chose the school because of its location and on the recommendation of friends.

“We heard it’s a pretty good school, especially when it comes to math and science,” he said, adding he doesn’t know which school to enroll his child in now.

“It depends on where we move,” Vibert said. “We want to stay in the Marietta or Kennesaw areas for the schools.”

The MDJ learned in early December the Kennesaw charter school had decided not to apply for renewal of its existing five-year charter contract with the Cobb Board of Education and Georgia school board. The contract expires on June 30, 2020.

It stipulates, among other things, that a decision to renew the contract will be based upon, in part, whether the school’s scores are equal to or better than both the Cobb School District’s and the state’s in respect of the annual College and Careers Ready Performance Index.

Schools can apply for a special charter through the state, without involvement of a local school district, but it appears that was not an option for KCSMA.

In mid-December, Lauren Holcomb, executive director of the State Charter Schools Commission, told the MDJ the process for a state charter typically takes months, with application deadlines set around eight months prior to the start of the school year in question.

Holcomb said several other Georgia charter schools had already expressed their interest in transferring to state authorization for the 2020-21 school year, and they were given a Nov. 15 deadline to submit their applications.

“We aim to make decisions on any local transfer petitions at the February 2020 SCSC board meeting,” Holcomb said in early December. “I can’t speak directly to Kennesaw Charter Math and Science Academy as we have not reviewed any information related to this school.”

Charters are generally subject to a school performing better than average and being financially stable, indicating KCSMA’s problems in this regard may be behind its closure.

At the end of October, the school received its 2019 report card from the school district, a damning document supplied to the MDJ under the Open Records Act.

In the report, John Floresta, CCSD chief strategy and accountability officer, states KCSMA did not meet either of its two academic goals, or any of its three academic measures, at any point over its charter.

“School year 2018-2019 continues that trend and continues to be a significant concern,” Floresta stated. “The District does not believe KCSMA is economically sustainable.”

His report further stated the school owes $6.8 million more than it has in assets, including a “balloon” payment of $3.2 million on deferred payments owed from 2018 and 2019 due to operating cash shortfalls, and that the school continues to lose funding as student enrollment progressively declines.

He said the school hadn’t met its three organizational goals in the past school year, and the district is particularly concerned the school fails to properly consult parents and teachers.

“Specifically, failure to collect formal feedback from parents and teachers, particularly in light of informal parent and teacher feedback received by the CCSD and the KCSMA boards, appears to be an attempt to avoid feedback which could be perceived as negative or not favorable for KCSMA,” Floresta states in the report.

There was also concern the school’s governing board only had two members, Oduselu and George Shipman, the treasurer.

In December Oduselu said the school had a forbearance agreement with its debt holder, which allows the school to operate “without a struggling budget.”

“We are indeed current on all our bills and have not been struggling to handle our financial obligations to maintain an efficiently run school,” she said.

Enrollment has more than halved at KCSMA in recent years, from the peak of around 900 students five years ago to the current number of about 330.

More than 800 students attended the school until 2017, when the roll fell back down under 600 and then continued to progressively diminish, records show.

On Wednesday, Oduselu told the MDJ the school is working with all stakeholders to ensure a smooth closing.

The school’s current charter contract states the school and its board are responsible for “concluding the business and affairs” of the school upon its closure, and the school must “cooperate with the local board and state board to the extent necessary to provide an orderly return of the students to their local school.”

It further orders the school to return all public funds and all furniture and equipment purchased with public funds that remains at the time of closure to either the local or state school board within a month of operations ceasing.

Neither the Cobb or Georgia school boards is responsible for any of the school’s debts, the contract states.

Oduselu told the MDJ she and others at the school have already begun to work out what will happen to the school’s assets.

“All matters regarding the school’s assets and liabilities will be addressed completely and in accordance with state and federal laws,” she said, declining to specify the process. “All matters regarding the property and associated debts will be addressed in their entirety according to the school agreement with the bond holder and state and federal requirements.”

Teachers and staff are being supported by the school “as situations require,” Oduselu said.

In the email to staff and parents, Oduselu said the school will operate in its entirety through the end of the current school year but it was “unsuccessful in our efforts to secure additional strategic partnerships in education for the next academic year.”

She cited “a number of complex and contributing factors,” including timing, application requirements, and past results “that inhibit us from moving forward into the State Charter Schools Commission in FY2020 as KCSMA or as a new school.”

“The board, like you, has students attending KCSMA, so we share in this disappointing and disheartening news despite great efforts and improvements amidst the numerous challenges we have overcome in the past three years of our service on the board,” she said.

A Kennesaw charter school seeking a new contract in order to stay open owes almost $7 million more than it has in assets, has failed virtually…

SMYRNA — With a passion for Smyrna’s history and no desire to slow down, 90-year-old community stalwart Harold Smith hopes to add to his legac…

A warning about phone scams has been issued by the Cobb County Sheriff’s Office, which says it is receiving a high number of complaints from l…