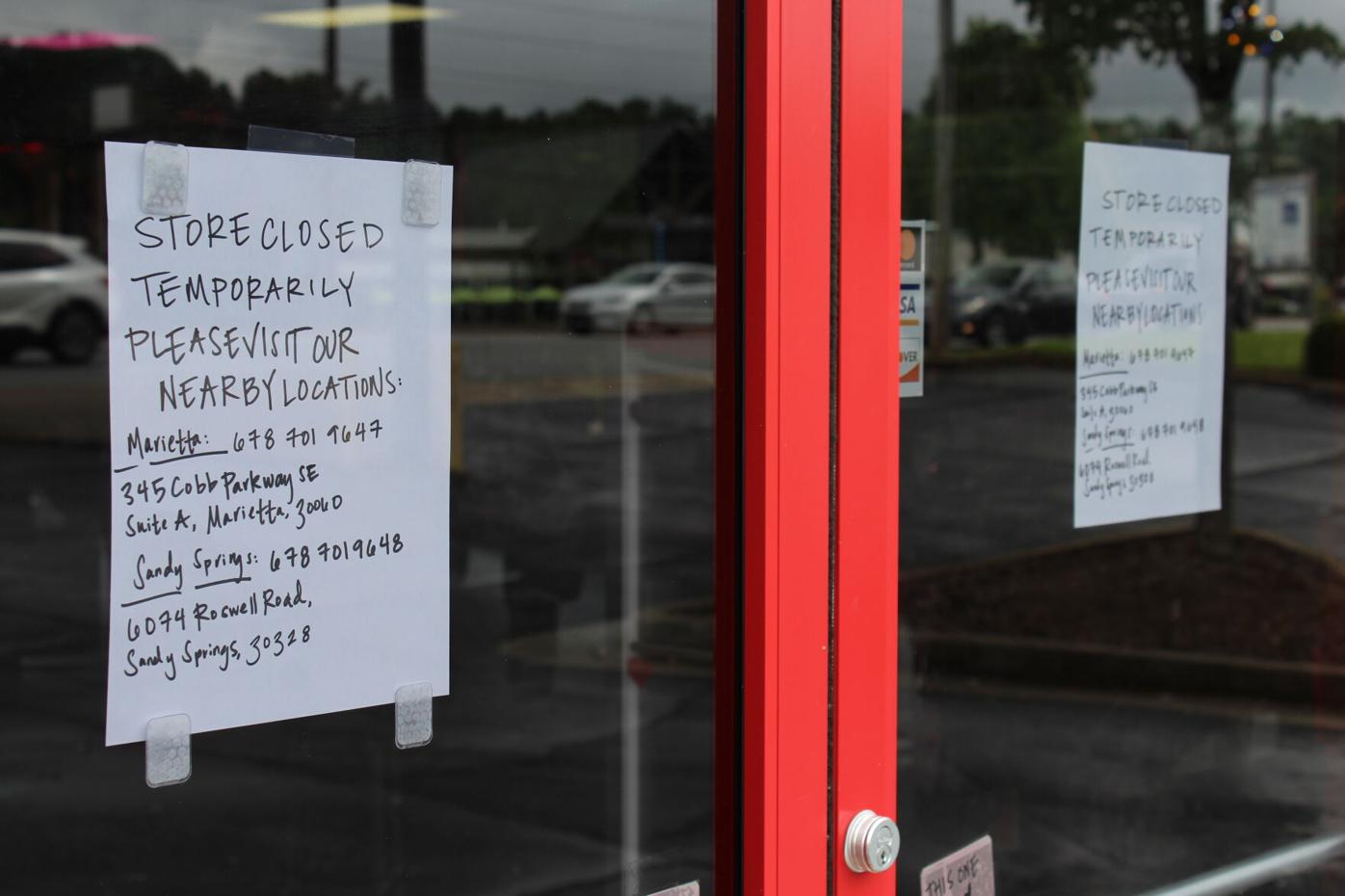 Signs taped to the doors of Tokyo Valentino in east Cobb after a judge ordered the stores to close indefinitely. 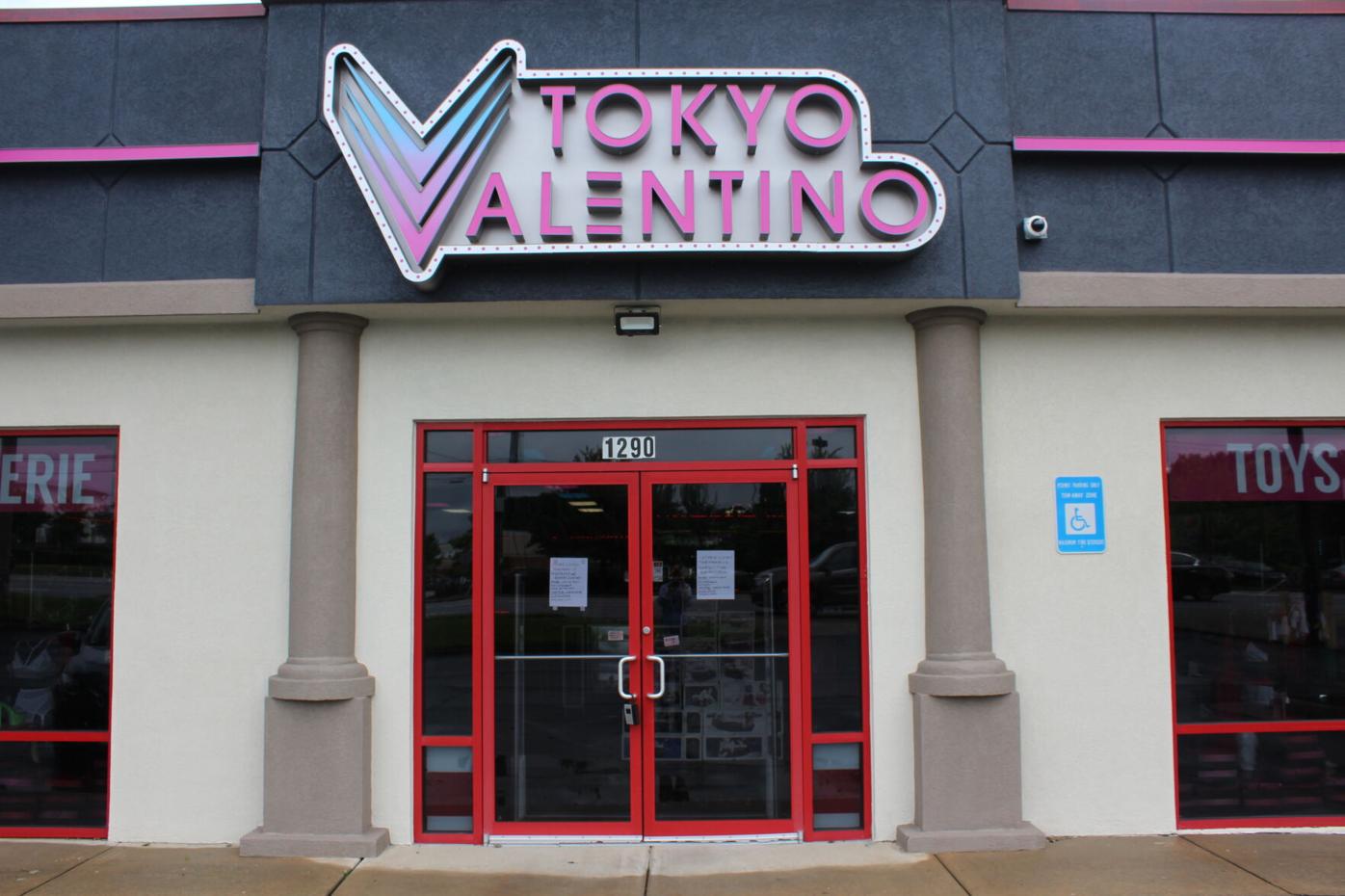 The entrance to the Tokyo Valentino sex shop on Johnson Ferry Road in east Cobb. 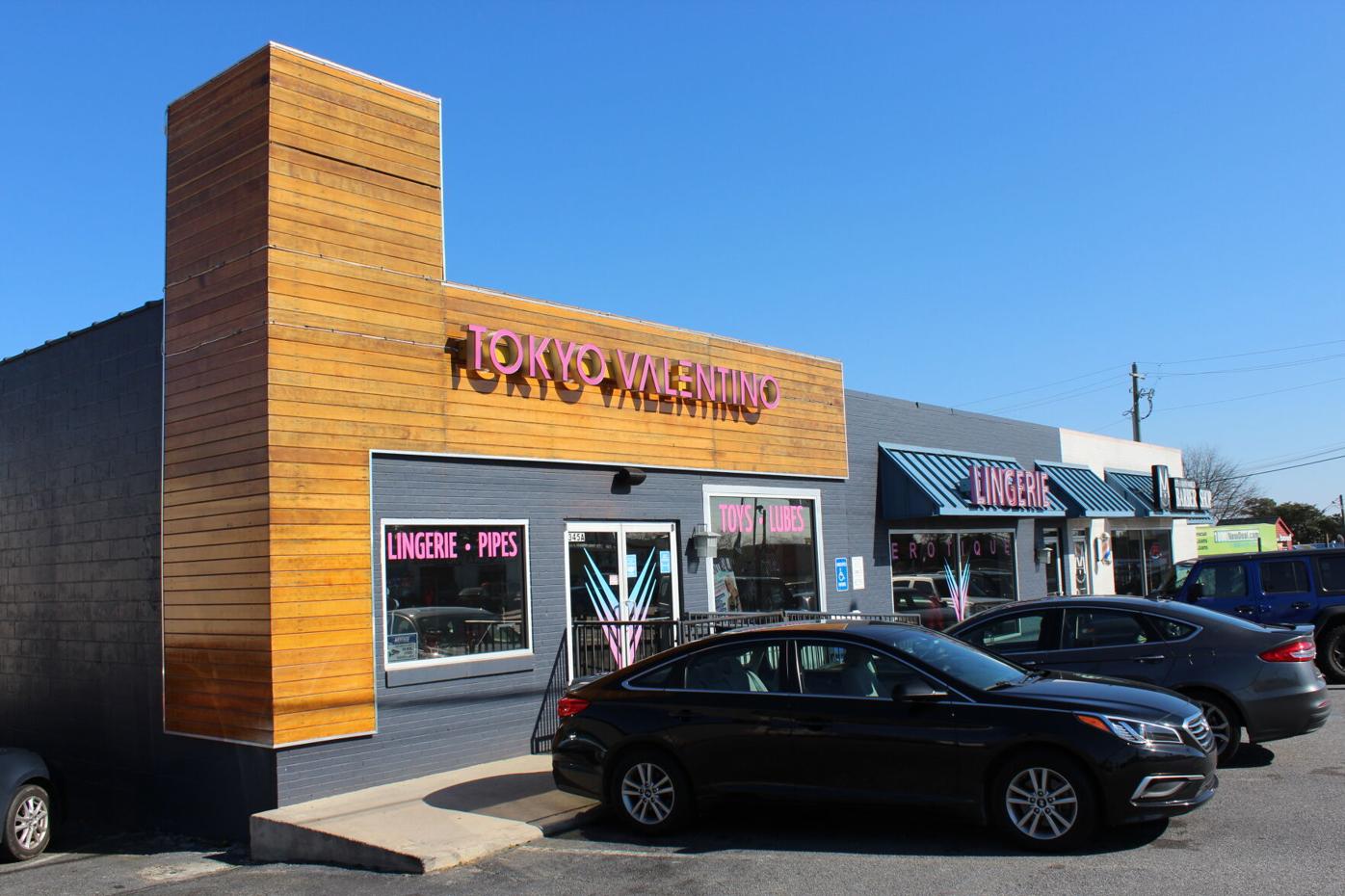 Pictured above, the Marietta location of Tokyo Valentino has remained open as the business appeals a decision to revoke its business license.

Signs taped to the doors of Tokyo Valentino in east Cobb after a judge ordered the stores to close indefinitely.

The entrance to the Tokyo Valentino sex shop on Johnson Ferry Road in east Cobb.

Pictured above, the Marietta location of Tokyo Valentino has remained open as the business appeals a decision to revoke its business license.

In his order, Judge LaTain Kell ordered the shop to close, citing several violations of county ordinance. Tokyo Valentino has violated the law because it no longer has a valid business license, does not have a SOB — sexually oriented business — license, has been operating after midnight, is located within 750 feet of a residential zoning district, is located within 1,500 feet of a hospital and is operating in a zoning district, general commercial, which does not allow SOB as a permitted use.

“Their illegal flouting of the County’s code is apparent from the Defendants’ admissions as well as undisputed facts adduced at the hearing,” Kell wrote, adding that allowing the business to remain open would cause “irreparable harm” to the county by not allowing it to enforce its ordinance.

Cobb County officials last year accused Tokyo Valentino owner Michael Morrison of applying for a business license under the guise of operating a normal clothing store, without disclosing that the business would be a sex shop. The stores sell some clothing — lingerie — but are also stocked with hundreds of sex toys, along with some smoking items.

More than 3,000 people signed a petition opposing the east Cobb store last June, when the store’s true purpose became known. Another location of the sex shop chain remains open in Marietta, where the city is in a legal battle to close that store. Morrison has battled local governments across metro Atlanta for years to keep his stores open.

Spurred to action by an outcry from residents, the county’s Board of Commissioners last year rewrote the county’s sex shop code to increase the required distance between sex shops and schools, churches, government buildings, parks, hospitals, prisons, libraries and residential areas.

Friday’s injunction means the store should remain closed until the county’s suit is resolved in court, which will determine whether the store must permanently close.

Kell wrote that “the undisputed evidence of Tokyo’s unlawful acts shows that the County is likely to prevail on the merits of its claims at trial. Georgia appellate courts have often affirmed injunctions against sexually oriented businesses operating in violation of local ordinances.”

County Attorney William Rowling did not immediately respond to a request for comment Tuesday. Neither did Cary Wiggins, a lawyer for Tokyo Valentino.

MariettaMarietta’s Tokyo Valentino location on Cobb Parkway remains open. The store opened under similar controversy as the east Cobb one — city officials accused Morrison of hiding his intent when applying for a business license. Just like the county, the city revoked the store’s business license last year and told the store it must close. Tokyo is appealing the city’s license revocation in Cobb Superior Court and has filed a federal lawsuit against the city on First Amendment grounds.

The city believes sex toys sold at the store are not permitted under its general merchandise license, but Tokyo has argued the city ordinance does not reflect that. The city has sought to have the federal case dismissed, but that request is still pending, according to City Attorney Doug Haynie.

The city has requested a hearing be scheduled in the Superior Court case, but the court has not scheduled one, Haynie said.

“The city has done everything they can to close the store,” Haynie said. “We saw an article recently where the owner’s (Morrison) quoted (as saying) that ‘Litigation is simply the cost of doing business,’ so that’s why we are requesting a hearing. And hopefully the judge will rule in favor of the city of Marietta and require them to close, just like Judge Kell did.”

Just Great ! Now where are we going to go ?