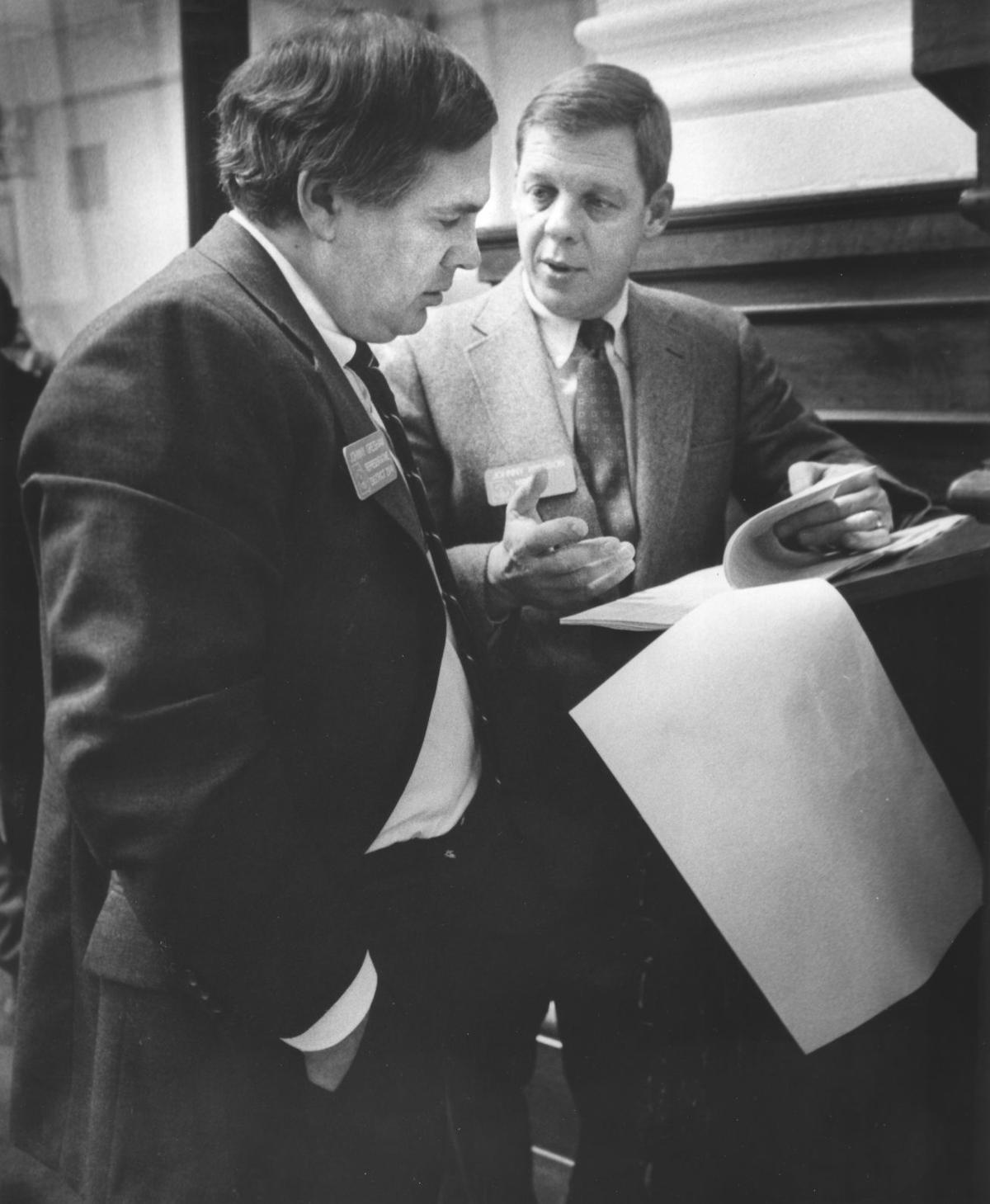 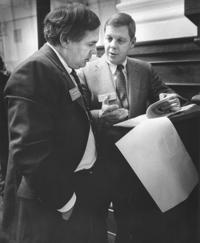 Johnny Gresham, left, talks with Johnny Isakson in a file photo when they both served in the Georgia state legislature. 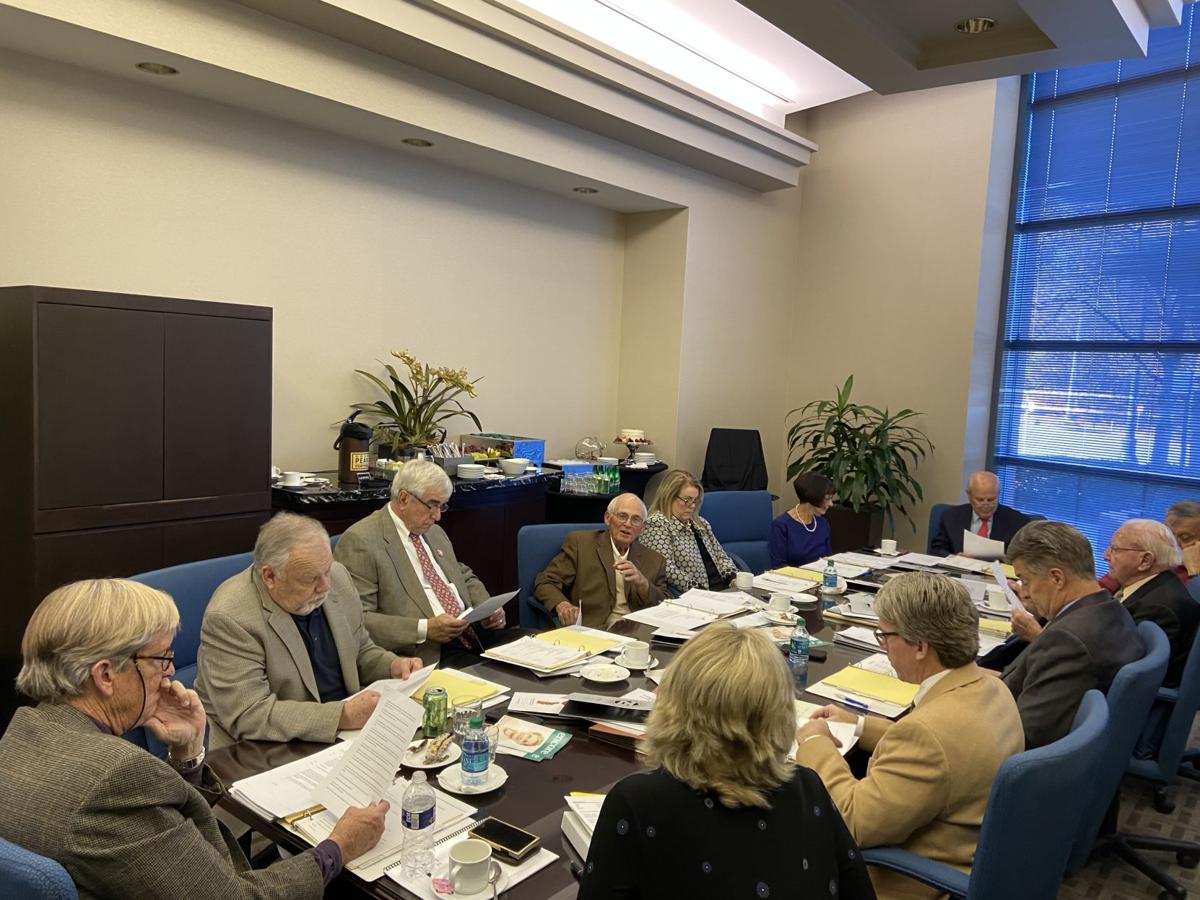 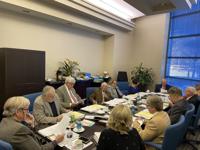 Johnny Gresham, fourth from left, of the Cobb-Marietta Coliseum and Exhibit Hall Authority, speaks at the board’s final meeting of 2019. 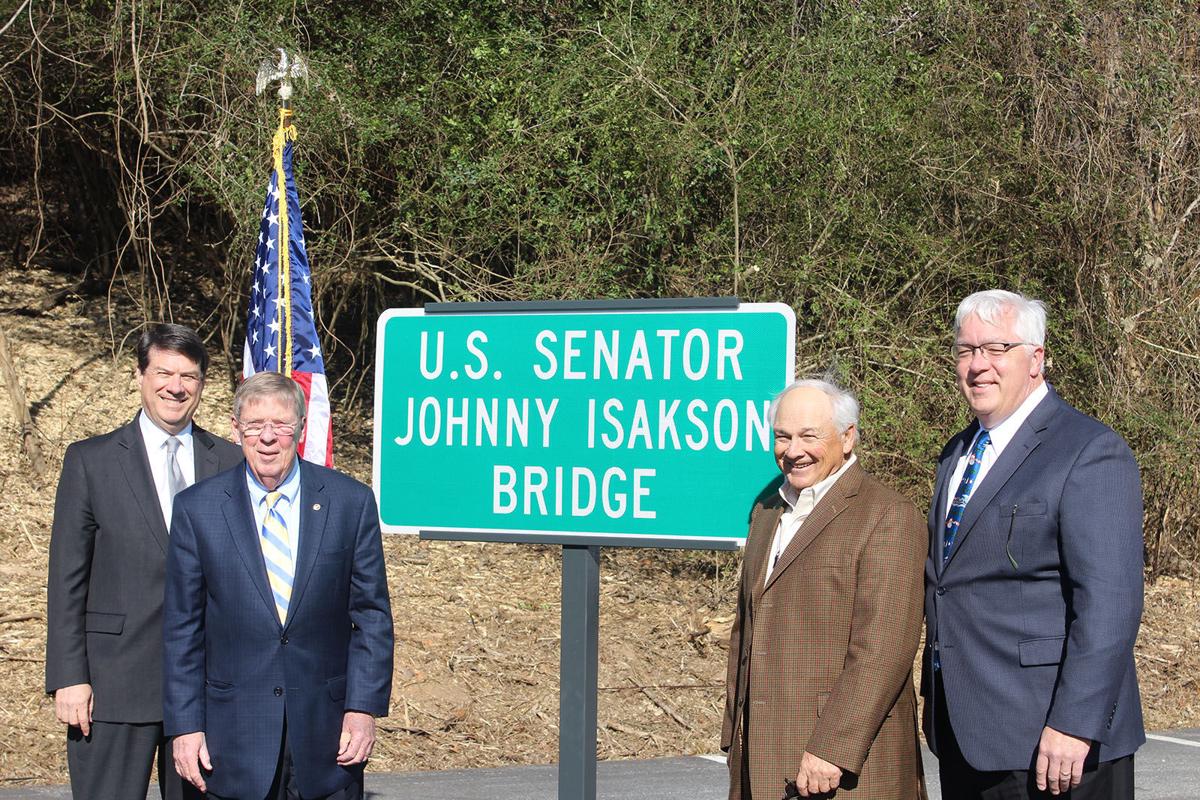 Johnny Gresham, left, talks with Johnny Isakson in a file photo when they both served in the Georgia state legislature.

Johnny Gresham, fourth from left, of the Cobb-Marietta Coliseum and Exhibit Hall Authority, speaks at the board’s final meeting of 2019.

Revered by many as an even better man than a football player, Georgia Tech football legend and longtime east Cobb resident Johnny Gresham passed away July 16 at the age of 77.

“An amazing teammate, one of the greatest players I ever saw, my co-captain (Georgia Tech, ‘64) and indescribable friend,” said Bill Curry, who played for Tech alongside Gresham and coached the Yellow Jackets from 1980-1986. “No matter what was going on in our lives, he showed up. His deep faith, his brave wife, Lynda, and children sustained him through long suffering.”

Gresham is credited with being one of the founding members of the Cobb-Marietta Coliseum and Exhibit Hall Authority, which oversaw the development of the Cobb Galleria Centre and now also owns and operates the Cobb Energy Performing Arts Centre, ArtsBridge Foundation and Galleria Specialty Shops.

Gresham’s career as a commercial developer included founding Gresham Realty Company, an office leasing and management company, and Gresham Real Estate Advisors Inc. He was also a managing partner of the Atlanta office for Lincoln Property Company and led City Group, Inc. The longtime east Cobb resident served in the Georgia House of Representatives from 1987 to 1990 as a Republican, alongside former U.S. Sen. Johnny Isakson, who was the House Minority Leader in 1989.

“Johnny Gresham was a true gentleman, a great Georgia Tech running back and one of Cobb County and Georgia’s most selfless public servants,” Isakson said, after his passing. “An early visionary who saw the need for thoughtful investment in infrastructure and smart growth, Johnny was a leader shaping the Atlanta region’s incredible economic growth. Most importantly, he was a loving husband, father, and he was my friend.”

Gresham was also on the Georgia Department of Transportation board, and is estimated to have served on at least 50 others.

For his achievements on and off the field, a bridge connecting Georgia Tech’s main campus to Tech Square that spans the Interstate 75/85 is named in Gresham’s honor. As a running back, Gresham helped lead the Yellow Jackets to 21 wins over three seasons between 1962-64. In 1964, he led Georgia Tech in rushing and receiving yards and he was inducted into the school’s sports hall of fame in 1978.

Georgia Tech Director of Athletics Todd Stansbury shared he had known Gresham since he was a student at Tech and that Gresham came to be a great friend.

“Johnny Gresham was a Georgia Tech legend, a tireless servant of the state of Georgia and a great friend…On behalf of the entire Georgia Tech athletics family, I send our deepest condolences to his wife, Lynda, and all of his family and friends. Johnny will be greatly missed,” Stansbury said.

Former Georgia Gov. Roy Barnes said Gresham lived in Cobb County for more than 40 years, and their friendship spanned just as much time.

“He was one of the founding members of the Coliseum Authority and I was their first lawyer and amended it in the General Assembly,” Barnes said. “John Williams was the spark plug and he and Johnny were good friends, and Johnny Isakson, too. Everybody thought we were crazy, but it was a resounding success.”

On Gresham’s obituary site, mourners shared stories of his character, one even saying Gresham would bring the author’s young daughter watermelon from his house two or three times a week during the summer.

“He was a warm guy that was always happy and optimistic,” Barnes added. “He was a lot of fun to be around and Johnny was the kind of leader that you always want. He was willing to undertake any task and didn’t care who got credit as long as it benefited Cobb County.”

Funeral arrangements for Gresham have not yet been announced.

Weekly review of events in financial market of Azerbaijan

Geostat reveals volume of ferroalloys exported by Georgia to Turkey