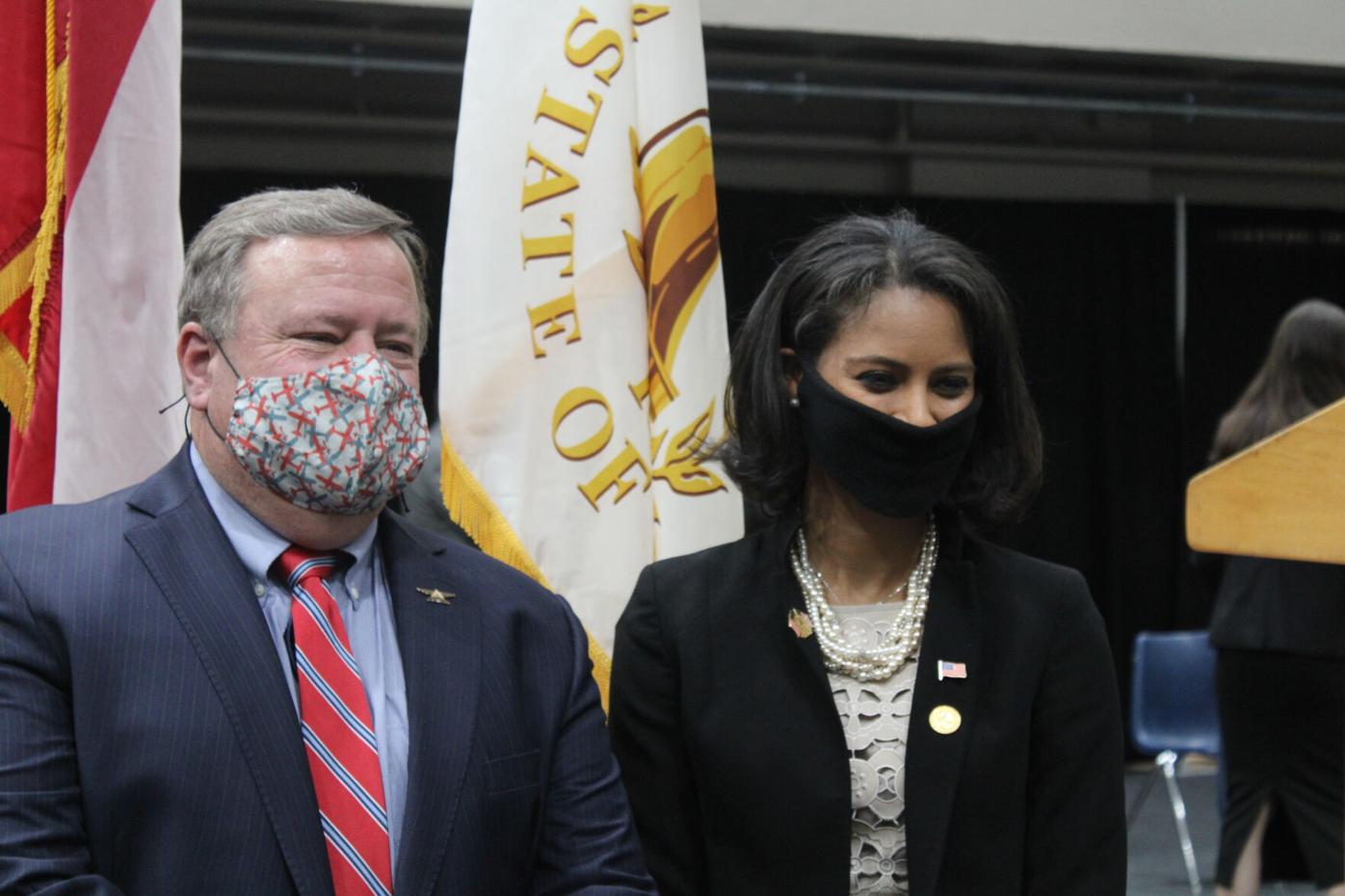 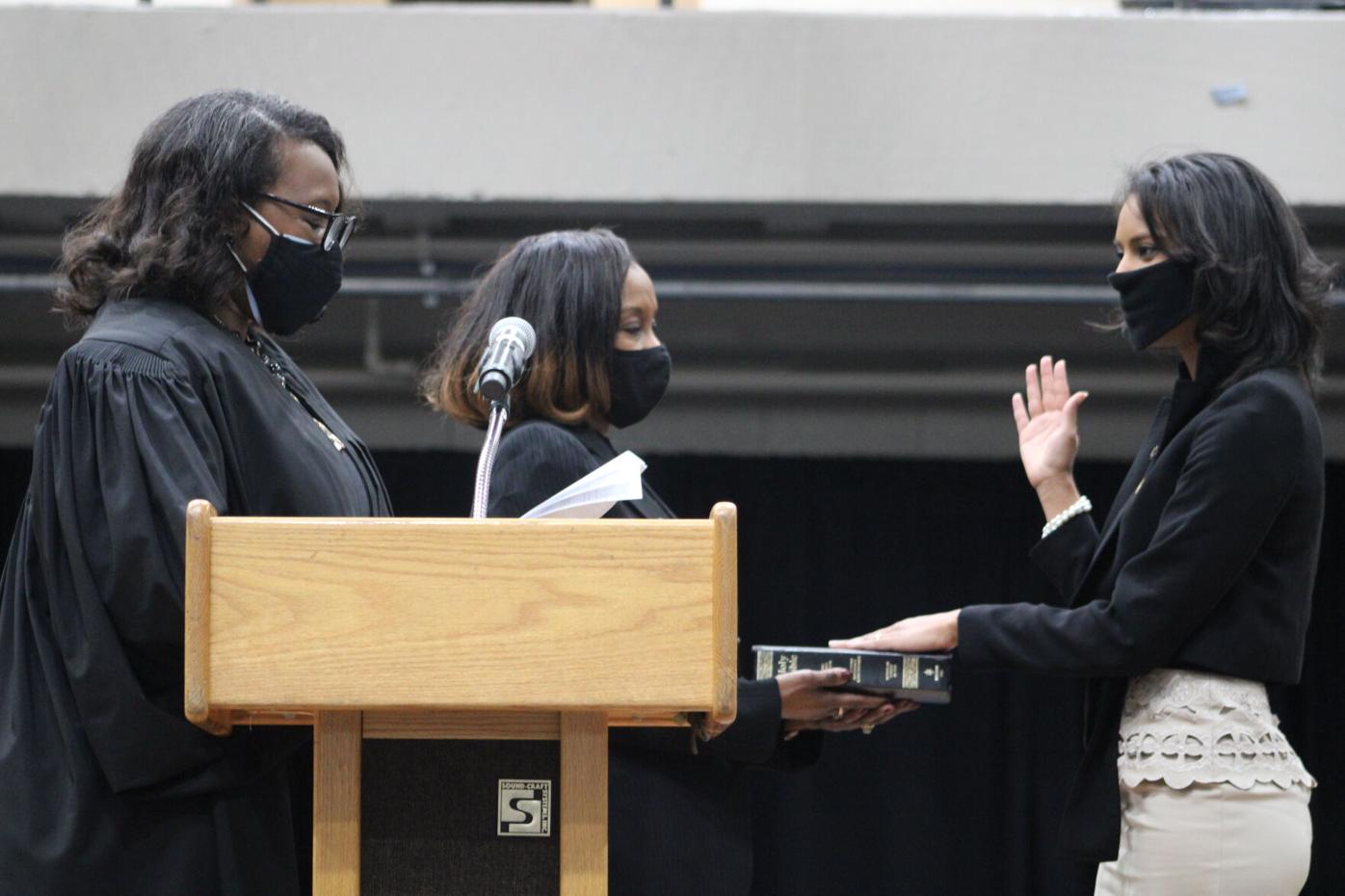 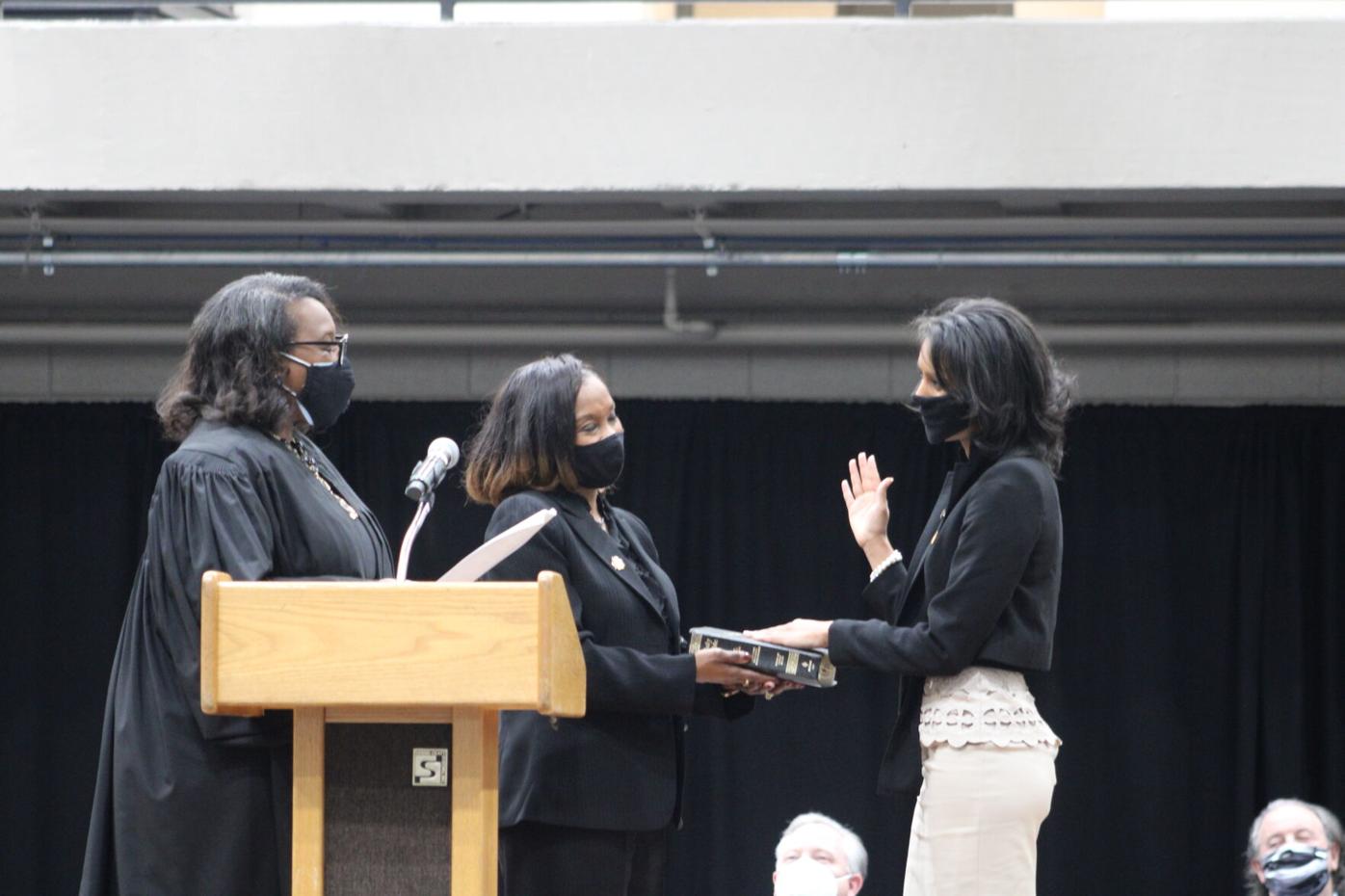 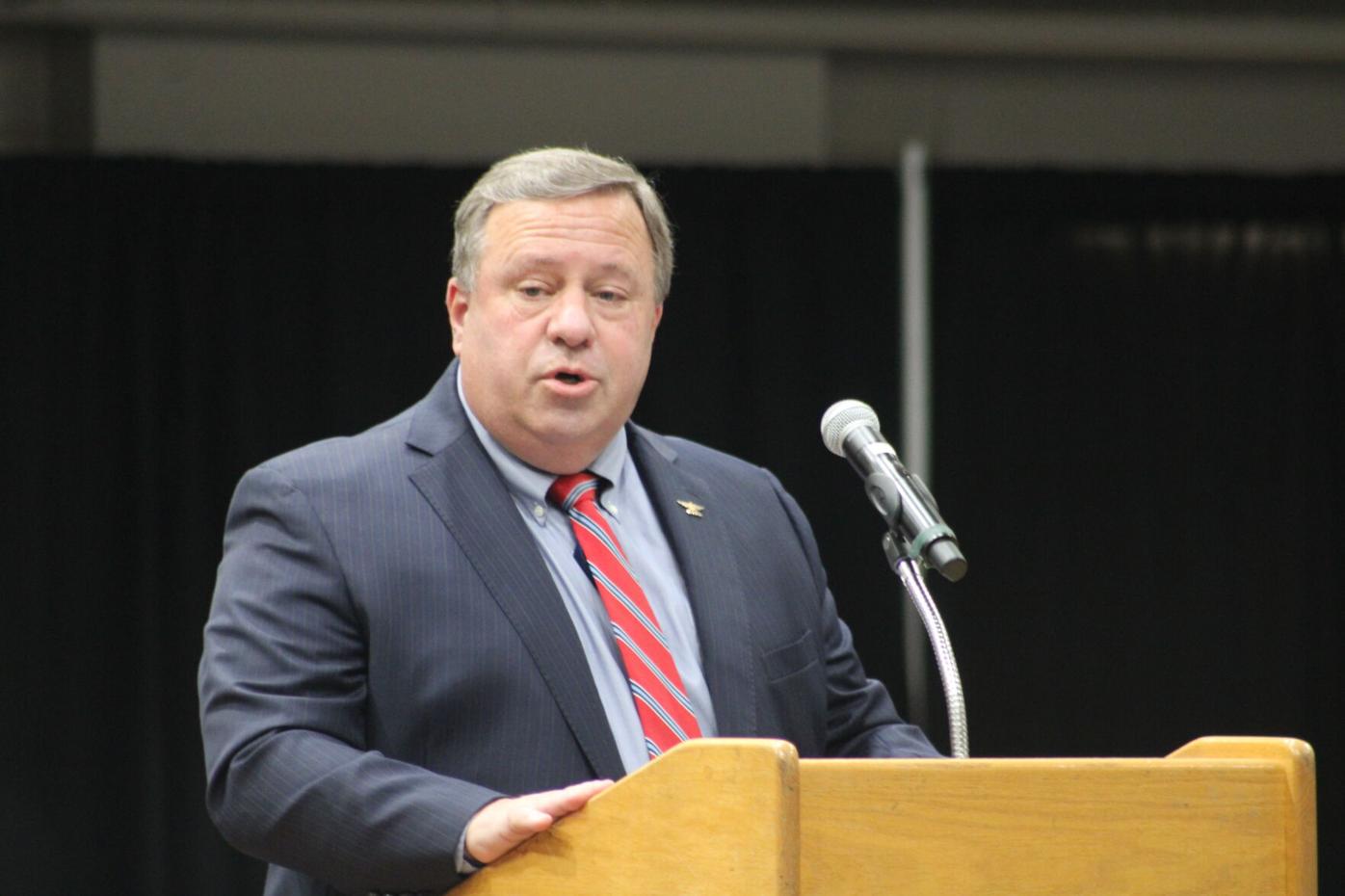 Outgoing District 2 Commissioner Bob Ott spoke at the swearing in ceremony for Jerica Richardson on Thursday. Ott retired from his post after holding it for 12 years.

Outgoing District 2 Commissioner Bob Ott spoke at the swearing in ceremony for Jerica Richardson on Thursday. Ott retired from his post after holding it for 12 years.

MARIETTA — With her left hand atop her grandmother’s Bible, an heirloom containing generations of family history, Jerica Richardson made history of her own on the final day of 2020.

Richardson was sworn into her position as Cobb County’s District 2 commissioner Thursday, becoming the youngest person elected to the commission at just 31 years old, according to the ceremony’s program. She also became the first Black woman to represent District 2, which runs from Smyrna up through the easternmost portions of the county.

Richardson defeated Republican Fitz Johnson, receiving 53,776 votes or 50.49% of the electorate in November. She joins a now all-female Cobb Board of Commissioners, the majority of whom are women of color, that will be controlled by Democrats after years of Republican rule.

Notably, the ceremony also featured retiring District 2 Commissioner Bob Ott, a Republican who vacated the seat after holding it since 2008. Ott praised his and Richardson’s “positive” transition against the year’s backdrop of partisan tensions.

Richardson’s remarks highlighted both her goals as commissioner — she previously told the MDJ she has 38 proposals to improve the county — and those who made her rise to public office possible.

“We did it,” Richardson exclaimed as she took the podium, beaming before the crowd of supporters, officials, and family.

“With regards to moving forward for District 2, I’m looking forward to truly connecting Cobb,” Richardson said. “Making sure that we are working in partnership, that we have relationships that we’re building, and not just within this district.”

The new commissioner also took a moment to recognize Cobb County’s employees for their behind-the-scenes efforts to put on the event.

“They pulled resources, and they pulled on each other to still show up, and still make this happen,” she said. “That’s above and beyond the call of duty.”

The oath of office was administered by newly sworn in Judge Kellie Hill, who also made history as the first person of color elected to the Cobb County Superior Court.

Just before the official swearing in, Ott took the podium to provide words of encouragement and reiterate his support.

“It’s not often that the person leaving office is asked to speak at the ceremony for the person coming in, especially when they are aligned with different political parties,” Ott said, noting he and Richardson have spent hours together in joint meetings during recent weeks.

“The citizens of the district want to see harmony among the representatives, not political infighting. They expect me to make a smooth transition as I leave office and Jerica assumes her new role,” he added. “My presence here today should be a sign to all that we have accomplished one of the smoothest and most productive transitions I have seen during my 12 years in office.”

In a show of unity, Ott then handed over the keys to his office to Richardson.

Near the conclusion of her speech, Richardson offered words of hope and encouragement to the audience, pointing toward the bright future she sees for Cobb.

“Reflect on this moment, reflect on what this means, and dream again,” she said.

Stories of Honor: WWII veteran reflects on 'a wonderful life'

Doyle McManus: Why the Democrats’ voting rights bill will fail and what they can do about it