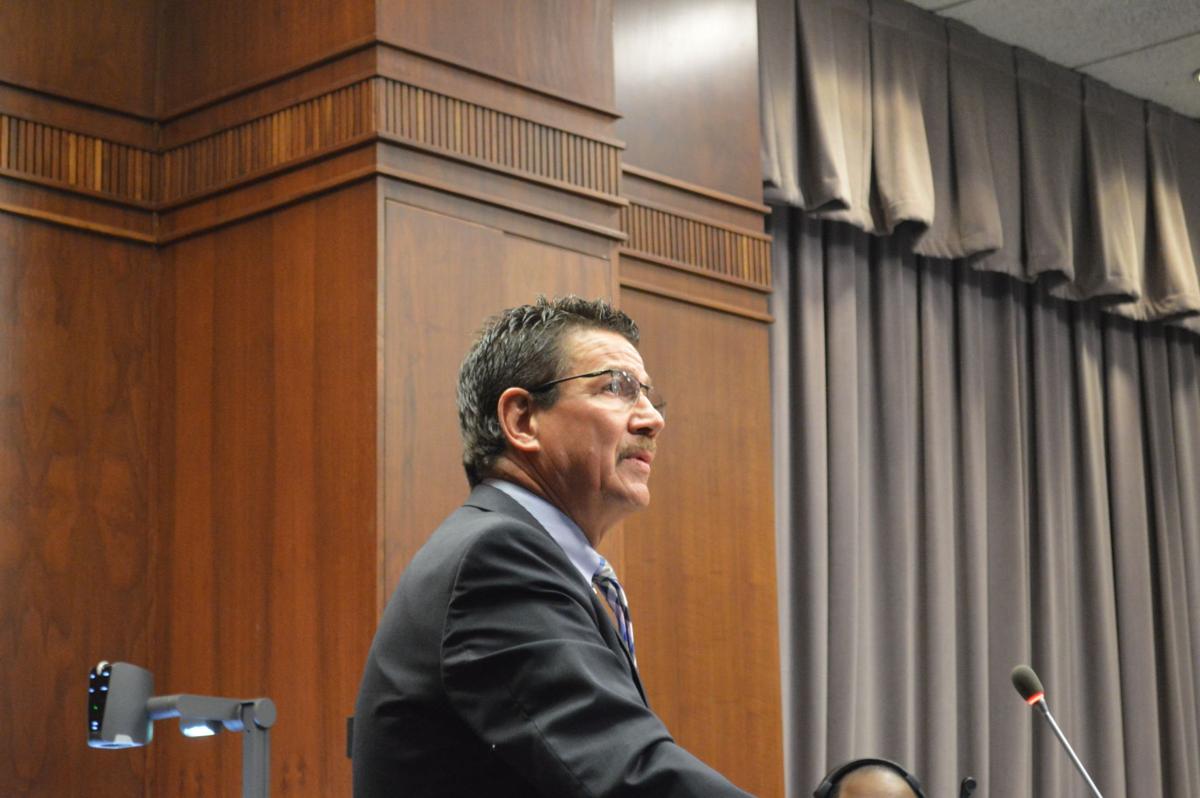 Interim public safety director Randy Crider said a new salary schedule he unveiled in October was crafted "within the confines of the current budget."

MARIETTA — County public safety personnel could see a pay bump as early as March, according to Cobb Chairman Mike Boyce.

At a sit-down with the MDJ last Friday, Boyce said a step-and-grade plan will be brought before the board for a vote at its Jan. 28 meeting.

County officials have long said they struggle to recruit and retain public safety personnel given fierce competition from neighboring municipalities, some of which pay more.

Last year, the Board of Commissioners gave public safety personnel a 7% pay increase (other county employees were given a 4% raise). But representatives of the county’s police officers, firefighters and sheriff’s deputies say Cobb still lags behind other counties in metro Atlanta, and have been urging commissioners to approve a step-and-grade pay scale. Under such a plan, every public safety employee would be guaranteed a specific wage determined by his or her years of service (step) and rank (grade).

Boyce has made passage of a step-and-grade plan one of his three priorities for 2020, along with not raising the millage rate (his third priority is continuing to reduce the water fund transfer from 9% to 8%). Those competing priorities have made it difficult for county staff to craft a proposal that would satisfy all sides, said Steve Gaynor, president of the Cobb County F.O.P. Kermit C. Sanders Lodge #13.

The 16-step schedule Crider proposed would raise the starting pay of a police officer from $41,615 to $45,776. At each step, the employee would receive a 3% raise. But employees would not have automatic pay raises tied to their years of service. Instead, raises would be determined by the Board of Commissioners and would depend on a positive performance review.

“This is not step-and-grade,” Ott said of the plan in October.

“I will say this — no other way for me to say it other than, we worked within the confines of the current budget to put it together,” Crider replied.

Boyce referred questions regarding the plan’s specifics to Crider and County Manager Rob Hosack, who did not return calls seeking comment Wednesday. Boyce did, however, offer some hints as to what it might look like.

“It’s all well and good to say ... ‘county x has done a 30% pay raise.’ Right? Congratulations, that’s the last one you’ll see for 10 years,” he said. “What I want to do is, I want to tell our public safety officials with the step-and-grade, ‘You’re going to see a pay raise every year,’” the first of which would come in March.

Gaynor said he has yet to see the plan’s final draft — he will sit down with Crider and Hosack on Thursday to review it — but was willing to speculate on what it might look like based on his discussions with county staff over the past several months.

“They can call it a step-and-grade, it’s more of a pay scale,” Gaynor said. Nevertheless, he’s hopeful.

He expects it to include an increase in starting pay and automatic, annual pay raises that would only require board approval in the event of an economic downturn.

“I have no clue what it costs, but it’s got to cost less than the $20.2 million that we expected it would cost to do a true step-and-grade adjustment,” Gaynor said.

Boyce said it was not a done deal.

“I don’t want to speak for the commission, but they know that I support it, we’ve done a lot of work with it, they’ve all been briefed on it,” Boyce said. “And, once again, the question simply is: If public safety is your No. 1 priority, all right, then I think it’s important that you get behind it. And I would understand it if we’d have to go out and borrow the money or have to rob Peter to pay Paul, right, but ... the money’s there because of the economic prosperity of the county right now.”

Is there a definition of "step-and-grade"?

This will be interesting coming from Boyce.