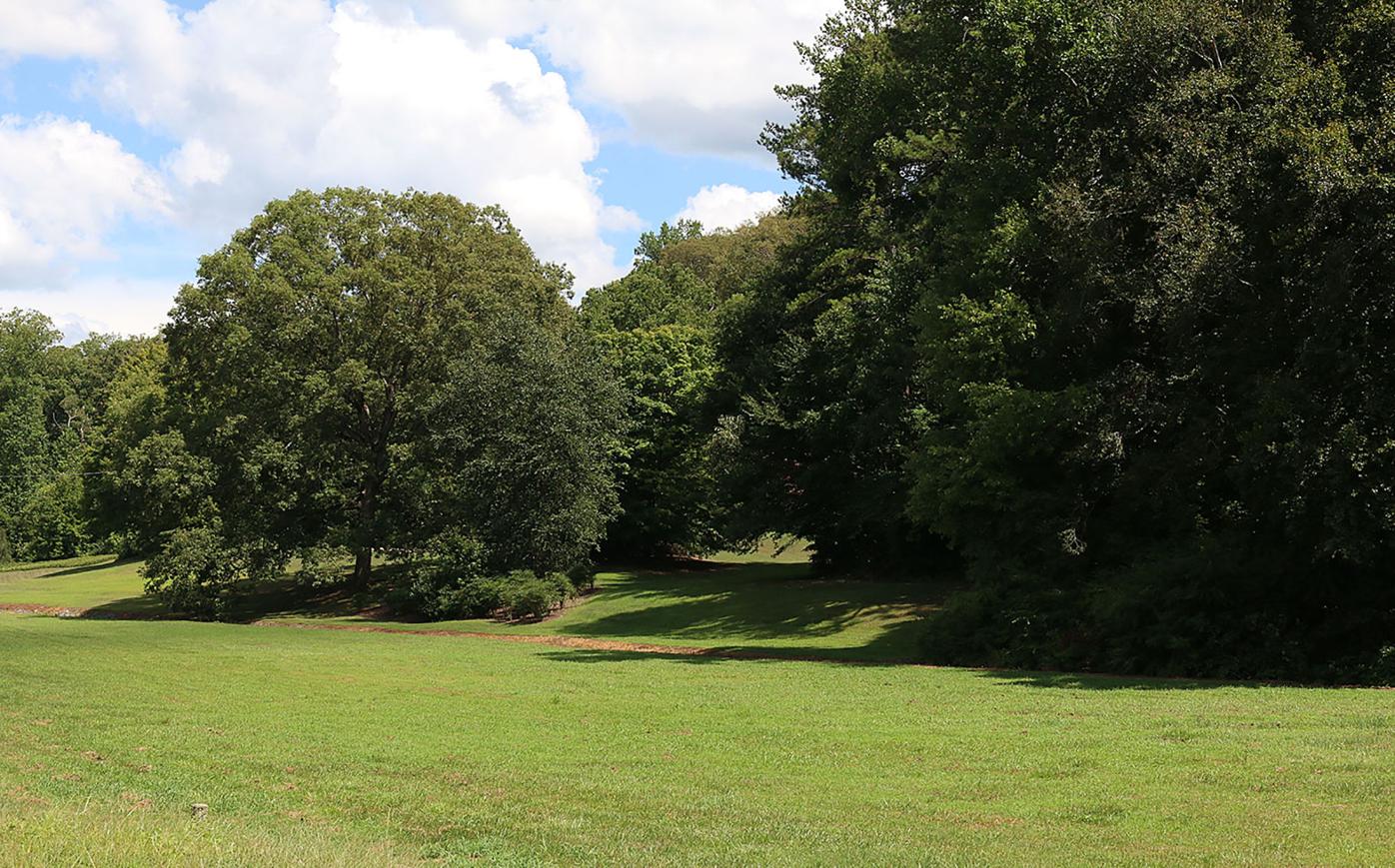 Isakson Living planned to turn this 53-acre property on Roswell Road, adjacent to East Cobb Park, into a 481-unit senior living development, but commissioners denied a request to rezone the property to allow for the project. Isakson Living and the property's owner, Wylene Tritt, sued the county over the denial, but announced Thursday they are dropping the suit. Tritt is now asking the county to purchase the property for a potential new park. 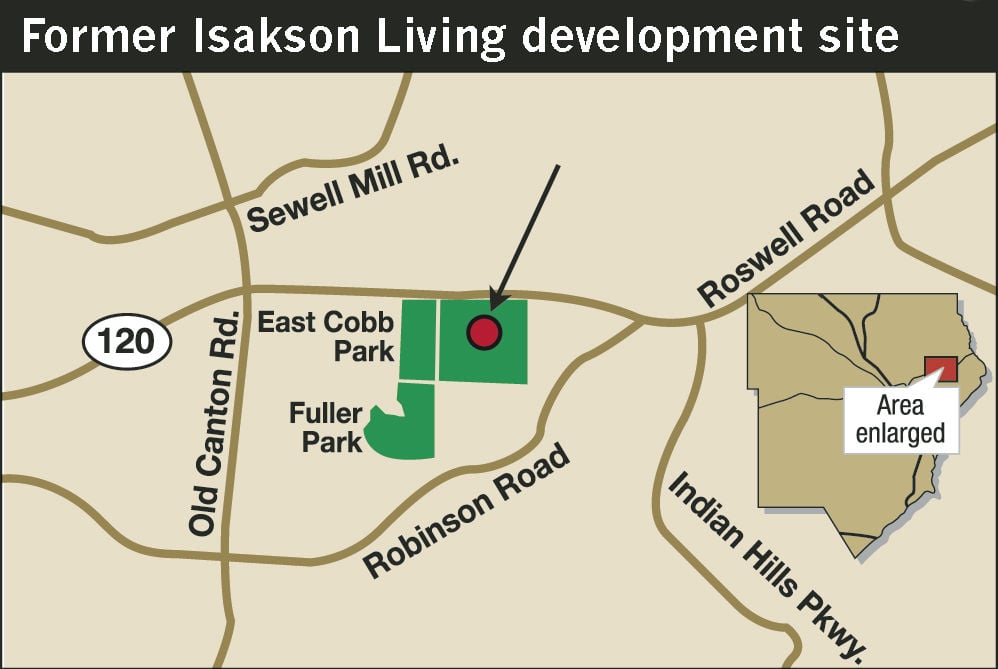 Isakson Living planned to turn this 53-acre property on Roswell Road, adjacent to East Cobb Park, into a 481-unit senior living development, but commissioners denied a request to rezone the property to allow for the project. Isakson Living and the property's owner, Wylene Tritt, sued the county over the denial, but announced Thursday they are dropping the suit. Tritt is now asking the county to purchase the property for a potential new park.

The developer and property owner that were suing the county after commissioners denied a rezoning request for a senior living project in east Cobb have voluntarily dropped the suit, their lawyers confirmed Thursday.

Atlanta-based Isakson Living filed a request to rezone 53.7 acres on Roswell Road adjacent to East Cobb Park that was denied in March 2015, 18 months after it was originally proposed. The company and the property’s owner, Wylene Tritt, sued the county over the decision, which has gone through multiple round of mediation.

In a statement on the company’s website, Kevin Isakson, director of sales and marketing for Isakson living, explained why the suit was dropped.

“After more than three years of negotiations followed by mediation and ultimately litigation, we have determined that we will not be able to realize the superb retirement community we envisioned Tritt Walk to be,” Isakson said. “We have worked extensively with elected officials including the Cobb County Board of Commissioners, as well as representatives of adjacent neighborhoods and civic and community-based organizations, to address their concerns and incorporate their feedback into our plans for Tritt Walk. We have made multiple revisions and reduced the number of residences at Tritt Walk significantly; however, no further reductions are possible if we are to provide the Isakson Living level of services and accommodations.”

“It saves the county the expense of going forward with time in court,” Ott said. “I also am pleased because I think that the decision the board made was the correct one, that the proposal put in front of the board was too intense. … It was never a question of the quality and the caliber of the product. It really came down to the intensity of the overall project.”

In addition to dropping the suit, Isakson Living also canceled its contract with Tritt to purchase the property, leading Tritt to send a letter to county officials asking that the county consider purchasing her property to use as a park. The letter is dated Sept. 21, the day before the suit was officially dropped.

“I would appreciate having my property … included on the list for consideration by the Parks Committee and the Board of Commissioners,” said Tritt in the letter, which goes on to say that “development of my property as a park would make it possible for the largest number of the county’s residents to enjoy its recreational possibilities, as well as fulfill the expressed wishes of very many who live in east Cobb.”

The Tritt property was on a list of 29 properties a parks bond citizen advisory committee compiled for the county to consider purchasing with a $40 million park bond voters approved in November 2008. The bonds were never issued by county leadership at the time, with then-Chairman Sam Olens citing an inability to issue the bonds without a tax increase due to the tanking economy.

Since that time, the economy has rebounded and the county reformed the citizen advisory committee this year to create a new list of potential park purchases. Ott said the committee has begun the process of evaluating the 166 properties across the county that were nominated for purchase and is expected to present commissioners with a report in October.

When the county was seeking nominations for properties, Ott said, he asked county staff to ask Tritt if the property was available for purchase for parks, “and at the time, we were told it wasn’t up for sale, so that’s why it wasn’t included on the list.”

Because the nominating window has closed and the committee has already begun whittling down the list of potential properties, Ott said county staff is working with the committee to find a way for the Tritt property to be considered.

“In fairness to all the properties that have been considered, I think that the county has to go back to the committee. I think it’s the committee’s decision because they are done reviewing all the (nominated) properties. … I think it would be great (for) 53 acres in east Cobb to be considered — we asked about it the first time — but I do think we have to be respectful of the time the committee has already put into it. They are all citizen volunteers.”

“The property is going to be sold. The question is: Is the county going to step up to the plate finally?” Tritt said. “We’ve asked them for an opportunity to present the case. It’s really a very simple thing to do. There has to be some will to do it.”

Ott said the purchase needs to go through the proper channels.

“Obviously, if money wasn’t an object, the county would love to preserve as many acres as possible, but as was demonstrated the first time we went through this, it depends on what the properties’ cost is and the other parks and green space in a particular area. That’s why we have the committee. To simply go and buy it because the owner wants us to buy it would negate the whole purpose of the committee.”

Police chief finalist to public: 'I will bring my best'

Unsure about COVID-19 vaccine safety? Here's what the science says.