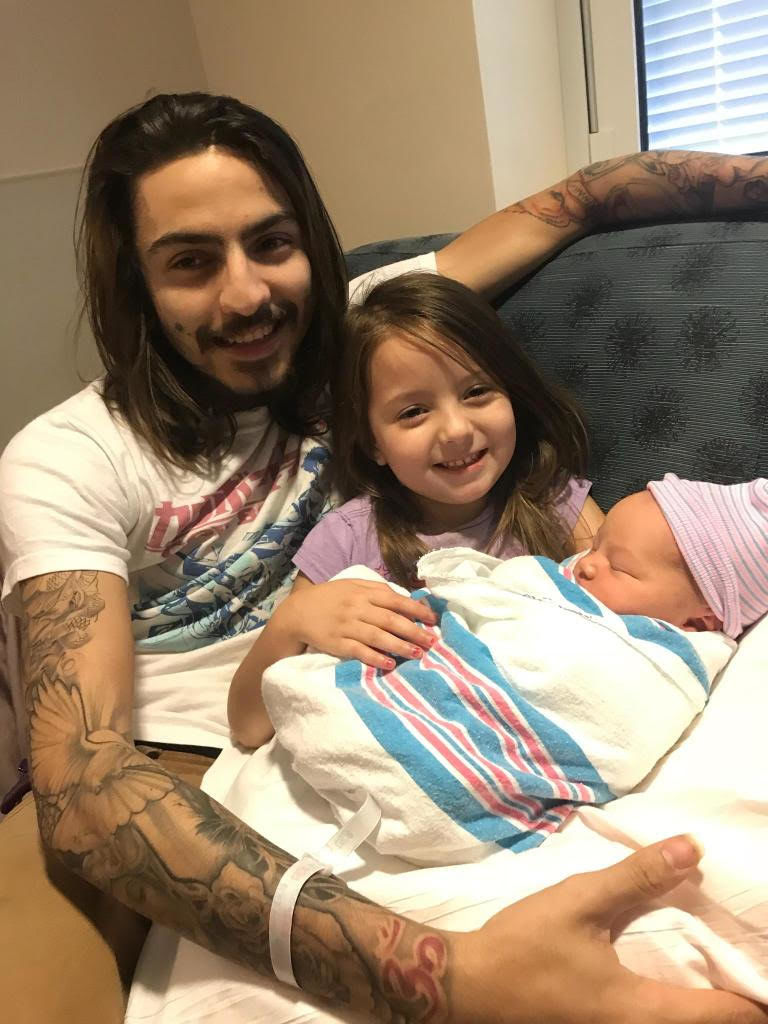 Mableton resident George Vela with his daughter Marleigh and son Gavin, on the day Gavin was born. 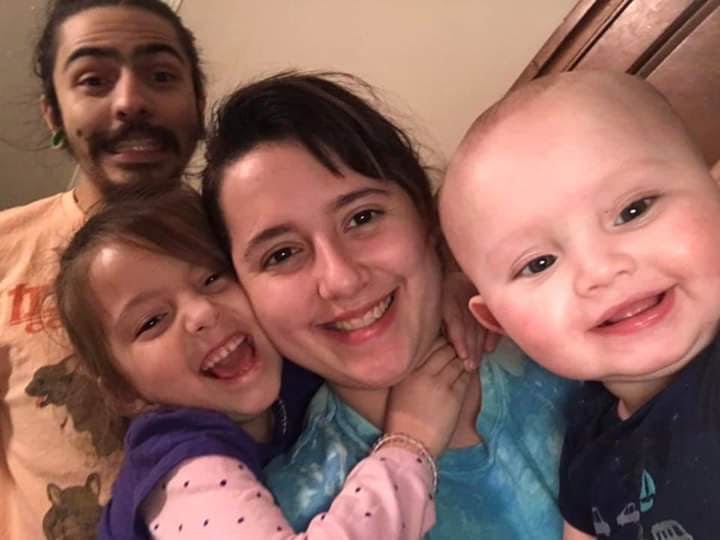 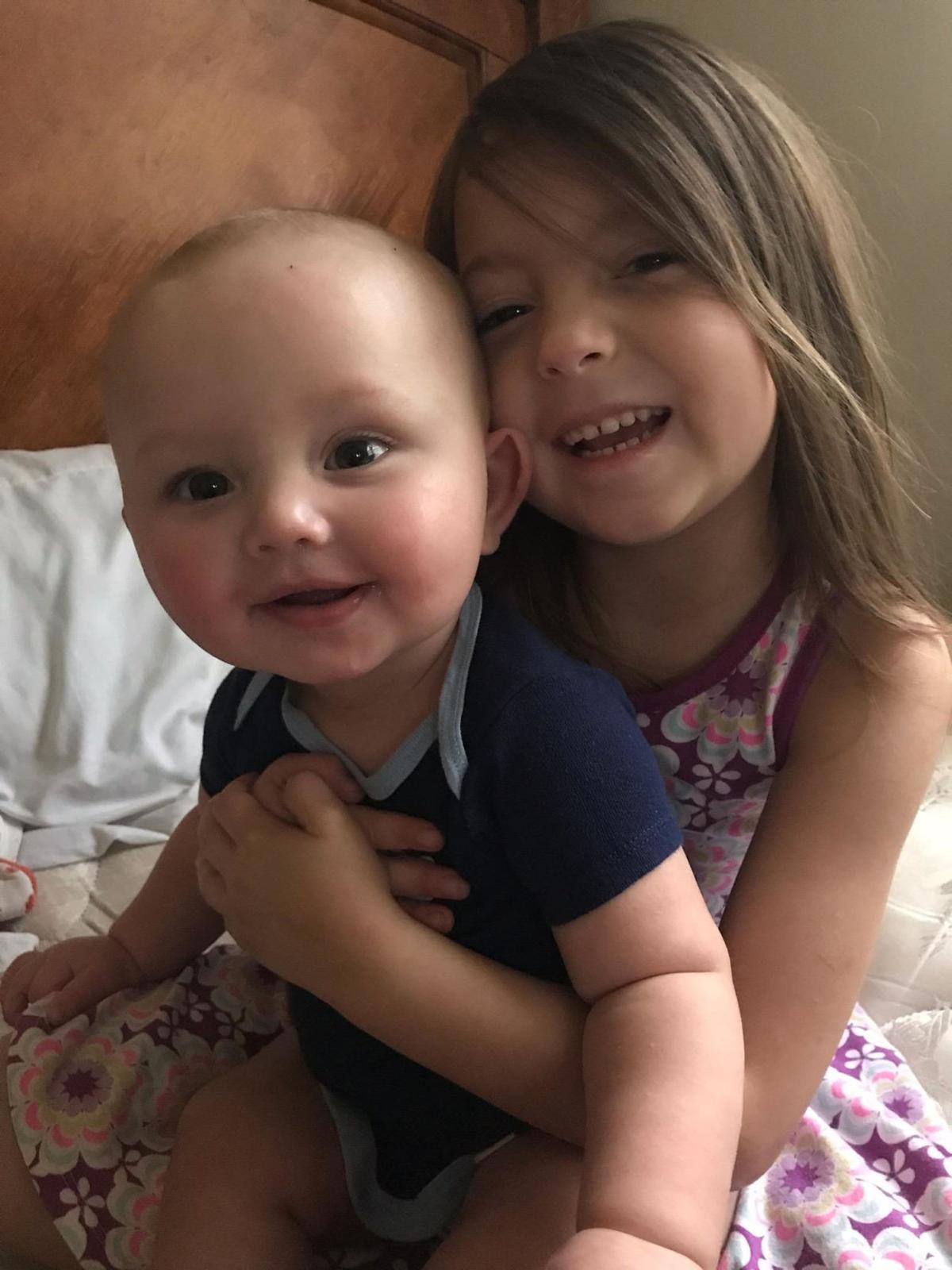 Mableton resident George Vela with his daughter Marleigh and son Gavin, on the day Gavin was born.

The longtime girlfriend of a Mableton man shot dead outside his home last month is in jail charged with his murder.

Yainerys Gil, 23, of Mableton was arrested Tuesday evening by Cobb County police and booked into the county jail on two felony counts of murder and aggravated assault with intent to murder.

George Anthony Vela, 24, was the father of Gil’s two young children, his mother, Leigh Ann Smith, told the MDJ after his July 22 death.

He was fatally shot outside the Hickory Trail home the couple, together since students at Pebblebrook High School, rented and lived in with their daughter Marleigh, 6, and son Gavin, 1, Smith said.

Two men are also charged with murder and aggravated assault with intent to murder in relation to Vela’s death, police say.

Mableton residents Christopher Michael Gutierrez and Zackary Mason Franks, both 19, are also in the Cobb jail having been arrested by county police Tuesday night and Wednesday morning.

Gil, Gutierrez and Franks have not been offered bond, jail records show.

Arrest warrants state Gil conspired with Gutierrez and Franks to have Vela killed, but not why, adding she notified the young men of Vela’s whereabouts “throughout the day and night” of July 21.

Police say Gil was present when Vela was shot multiple times with a handgun by Franks and Gutierrez as he stood outside his home on Hickory Trail in Mableton around 12:40 a.m. on July 22.

Vela’s mother spoke to the MDJ after her son’s murder. At the time she hoped his killers knew they had taken a father away from his two young children.

“I hope they sit in prison for the rest of their lives,” Smith said July 25 of those responsible.

She said Vela and Gil were at the movies with their daughter and Vela’s younger sister when their home was burglarized the evening of July 21.

The couple returned, called police and detailed the items missing — a PlayStation and shoes and clothes Vela intended to sell online.

Smith said Vela searched outside the house after police had left to see if the burglars dropped anything and approached a car parked in front of a neighbor’s house, noticing his stolen items inside the vehicle.

Vela yanked open a back passenger door to retrieve his belongings and that’s when he was shot, Smith said, adding that Gil, who had followed him outside, saw the whole thing.

“What they took, it wasn’t worth a life,” Smith said. She did not answer the MDJ’s call Wednesday.

The shooters were long gone, and as police didn’t have any suspect descriptions, Smith appealed to the public, saying “someone knows something.”

She said Vela was a stay-at-home dad who sold items online for income and Gil worked as a talent coordinator for a staffing agency.

“They were the love of each other’s lives,” she said. “Being young parents was hard and they struggled to make things work but they had actually gotten to a really good place in life, getting settled and looking at being able to buy a house.”

Smith said Vela had many friends and was looking forward to seeing his children grow up.

“He was there for his son’s first steps but he’s going to miss the first day at school and all the other firsts,” she said. “They (the killers) took that away from my grandson, his dad’s not going to be there.”

EDITOR'S NOTE — An earlier version of this story incorrectly described the scene of the shooting.

Three Cobb residents have been indicted in a local man’s murder, including his longtime girlfriend and the mother of his children, documents show.

Dogs take a bite out of mail delivery in south Georgia

Cedartown Library events coming up this week, through month's end

Fun night in Cedartown for stop on Roots & Boots Tour