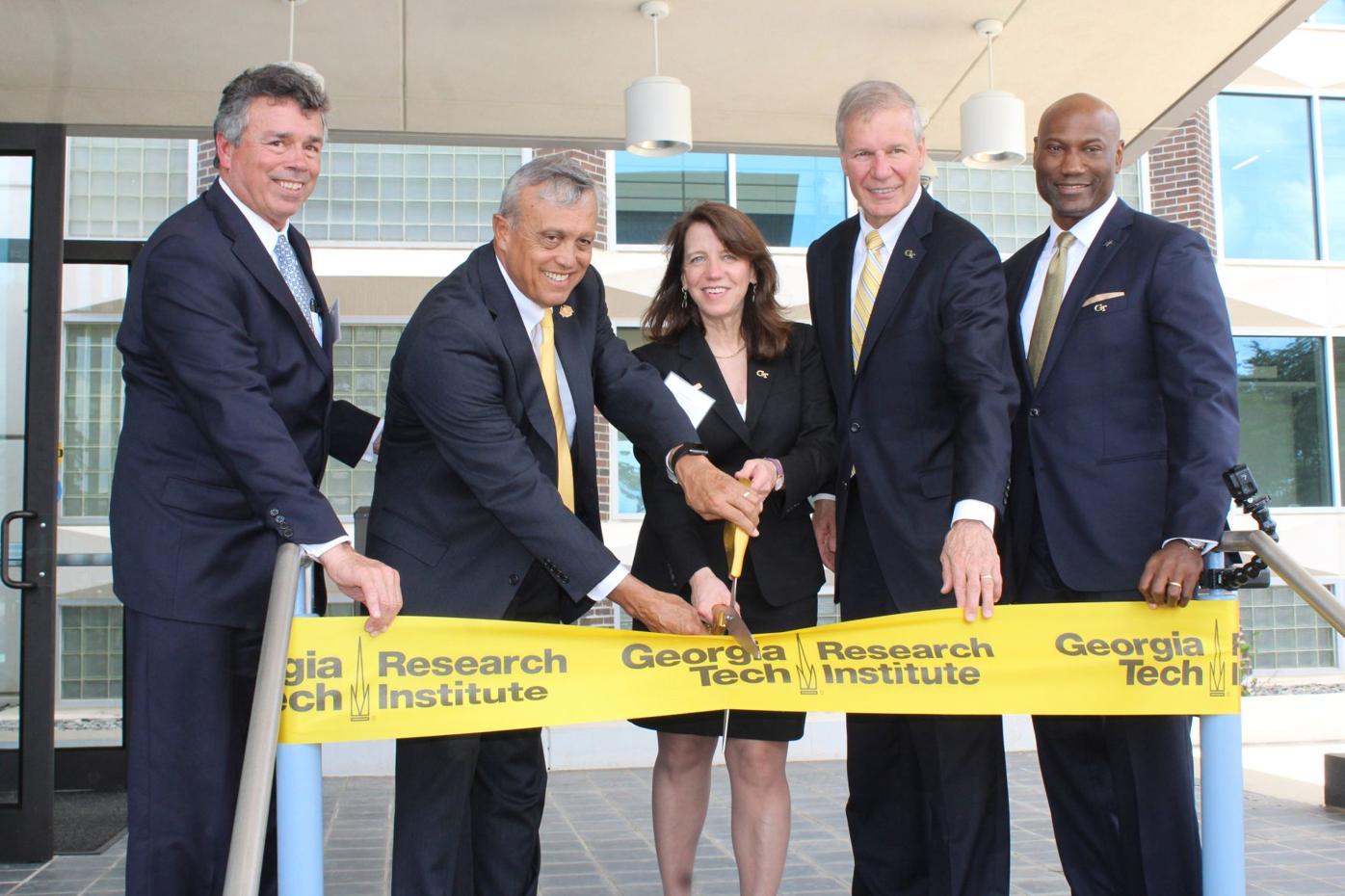 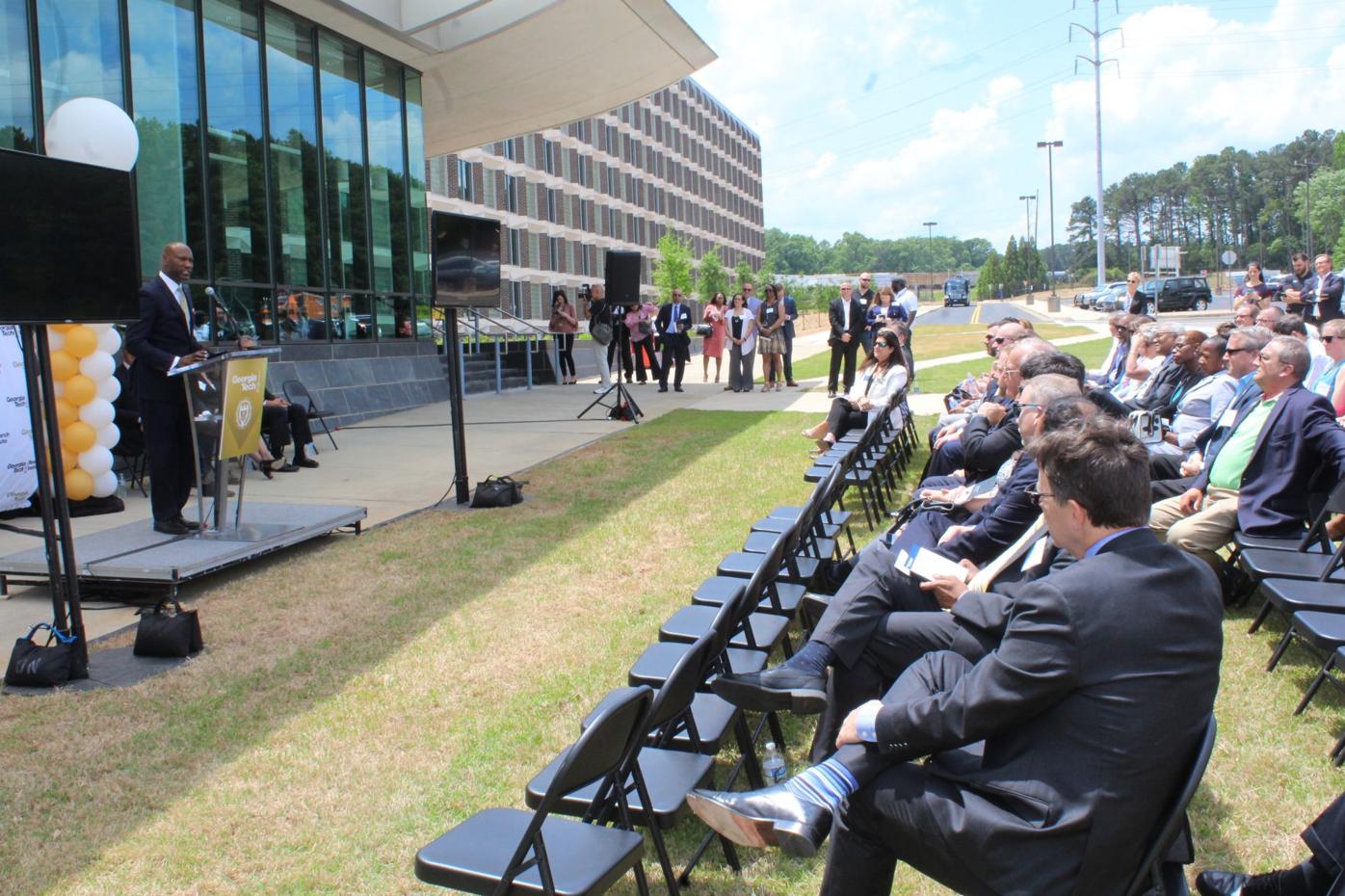 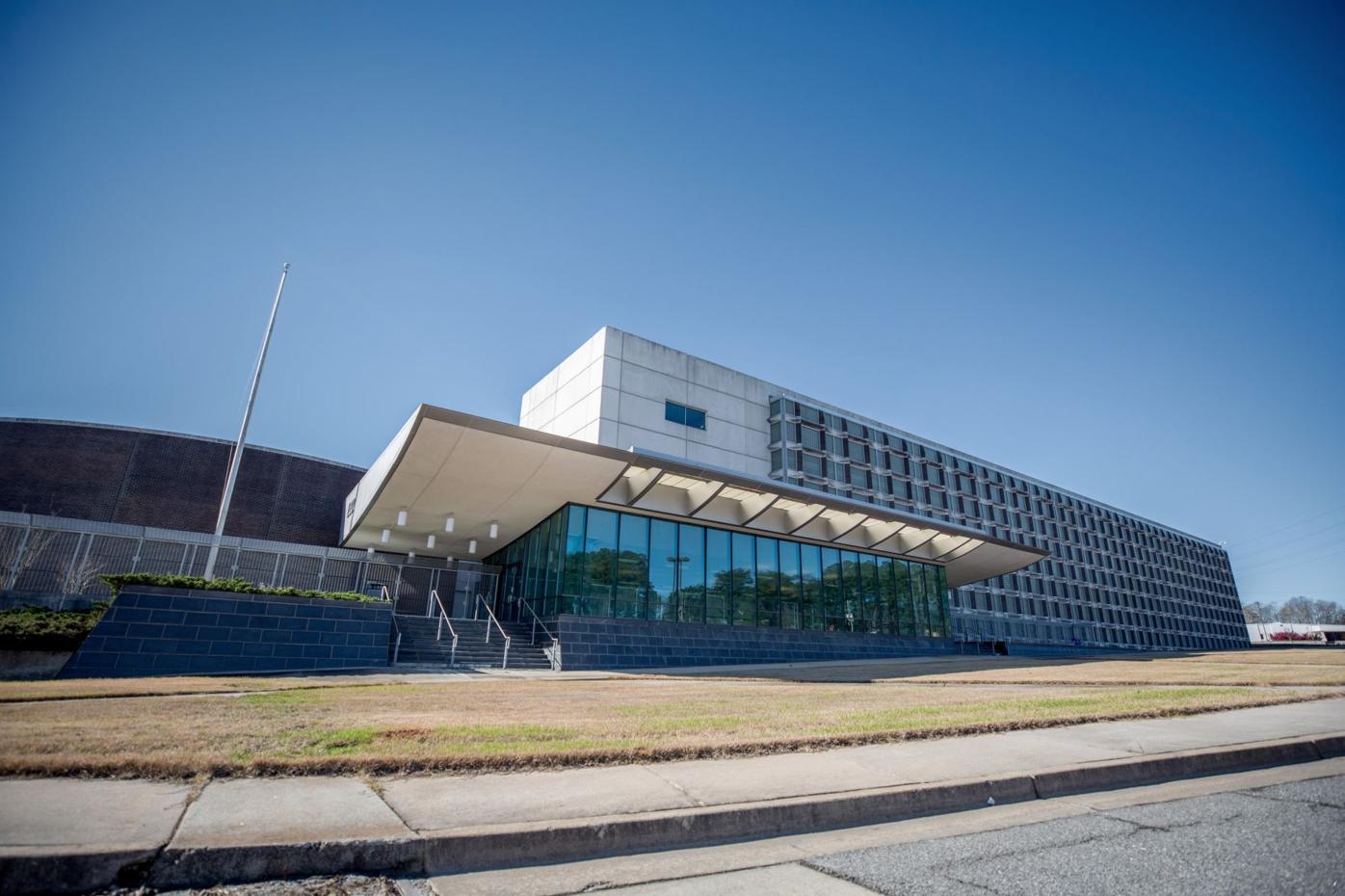 MARIETTA — A Cobb County facility expanded to the tune of $42 million is expected to play a larger role in the state’s aerospace industry and the country’s defense efforts.

Officials with Georgia Tech Research Institute — a nonprofit, applied research division of the Georgia Institute of Technology — cut the ribbon Wednesday on its expanded Cobb County Research Facility off Atlanta Road and adjacent to both Dobbins Air Reserve Base and Lockheed Martin.

Wednesday’s ceremony unveiled the redeveloped 350,000 square feet of space, which came to GTRI after it purchased for $21 million four buildings on an unused, 52-acre Lockheed Martin site in December 2017, the MDJ previously reported. The additional space will give the university entity more room to support its research goals, which its interim director, Lora Weiss, said is of “incredible importance” to national security.

“We work on technologies such as antennas, radars, modeling and simulation and sensor fusion. We work on test and evaluation of electronic systems. … With these facilities, our researchers can now continue developing the impactful advances to our national security,” Weiss said.

This year marks the GTRI’s 85th anniversary, with Weiss saying it was founded in 1934 to help jumpstart the state’s economic recovery during the Great Depression. While the GTRI employs nearly 2,400 people across three directorates, eight laboratories and 12 support units in 20 states, the expanded Cobb facility will eventually add an estimated 500 positions to the site’s 600 existing employees, totaling about 1,100.

“When we moved next door to Lockheed Martin … almost 40 years ago, it marked the beginning of a great partnership — a partnership that involved researchers, individuals from Lockheed Martin, people from Georgia Tech, GTRI — they were all interested in developing new technologies, new techniques, new production manufacturing processes,” said Georgia Tech President Bud Peterson. “This particular site has a long history of supporting American defense — it actually dates back to World War II where B-29 bombers were manufactured for the war to help win the war and to support our servicemen and women around the world.”

GTRI has enjoyed a long collaboration with Lockheed Martin, Peterson said, adding that perhaps the most notable had been the C-130 avionics modernization program or AMP program that helped install new avionics in the C-130 to improve situational awareness and detection of hostile threats for crew members.

“For decades, the federal government has looked to Georgia Tech in general, and in particular, to GTRI, to try to find and identify new and effective defense technologies, and we’ve been an important part of that,” Peterson added.

Peterson in his remarks said aerospace products across the state generate $8.3 billion and serve as Georgia’s no. 1 export and second-largest manufacturing industry.

Joining Peterson, elected officials and others who toured the new facilities was Sharon Mason, president and CEO of the Cobb Chamber of Commerce.

“I think this will be a catalyst, in particular for the aerospace industry and our defense as well, and we’re very proud of the key role that Georgia Tech Research Institute plays in that and Lockheed Martin, and having Dobbins (Air Reserve Base) all here in one place makes us even stronger as a community,” Mason said following her tour Wednesday. “We’re thrilled about Georgia Tech Research Institute’s expansion here. It’s really the start of continued innovation in Cobb County, and we look forward to many more things to come.”

Mental health could be the next casualty of global warming

The end of an era: TVA gives up construction permit for Bellefonte nuclear plant after 47 years