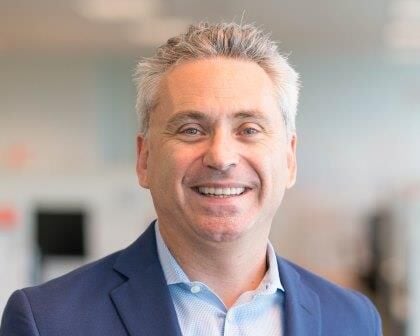 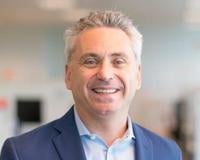 A Cobb County natural gas provider expects to more than double its revenue after acquiring another energy firm.

Cumberland-based Gas South will acquire Infinite Energy, based in Gainesville, Florida, the two companies announced in a news release Tuesday.

According to the release, Gas South expects to double its annual revenues to about $1 billion. The firm will provide natural gas to about 425,000 customers across the Southeast.

Kevin Greiner, president and CEO of Gas South, told the MDJ on Tuesday that Gas South will only grow as a result of this acquisition.

“We are really proud to be a Cobb County-based company, and that is absolutely going to continue,” Greiner said. “We look forward to continuing to be a really important part of this community. I think (the acquisition) is great news for Cobb County because it’s taking a business like Gas South, and we’re going to be larger and more prominent.”

Gas South will remain based in Cobb while maintaining Infinite Energy’s presence in Gainesville, where co-CEOs Darin Cook and Rich Blaser founded the firm in 1994.

“The opportunity to acquire Infinite Energy brings together two strong and successful companies with shared geographic footprints, similar ‘people first’ cultures and complementary core business competencies,” Greiner said in the release. “We’ve long admired the work Darin and Rich have done to launch one of the original natural gas providers in Georgia and Florida and build it into an impressive energy retailer that also has a leading wholesale and trading business. We’re excited to welcome Infinite Energy’s employees and customers to Gas South.

Cook praised Gas South by saying, “We can’t think of a better company to continue our legacy than Gas South. … Like us, they are committed to high ethical standards for serving customers and employees alike.”

The acquisition, expected to close by the end of the calendar year, will require normal regulatory approvals, the companies said. Truist Securities and J.P. Morgan Chase Bank will facilitate the acquisition.

“Gas South will acquire Infinite Energy’s wholesale and retail natural gas business and customer list, located primarily in the states of Georgia and Florida,” the companies said in the release.

“We haven’t made decisions on how it will ultimately shift employment,” Greiner said of the acquisition. “What we do know is that we’re going to continue to have a very prominent presence in Gainesville, Florida. There are lots of talented Infinite (Energy) employees that live and work in Gainesville, and we want to retain many of those folks. Our plan is to have two primary regions of employment: We’ll have metro Atlanta and we’ll have Gainesville.”

Greiner said the two companies plan to use the Gas South name after the acquisition, gradually converting Infinite Energy branding to Gas South branding over several months in 2021.

“Our plan is to eventually use the Gas South name exclusively in Georgia and in Florida … as well as the Carolinas,” Greiner said.

Infinite Energy holds the naming rights to the Infinite Energy Center in Gwinnett County, and Greiner said Gas South plans to change the arena’s name at some point in 2021.

“We’re going to discuss, with that facility, the options for a name change,” he said. “At some point next year, it’s our expectation to have the name of the arena changed, but we’ll need to work out the details with the owner and operator of that fantastic facility.”

Infinite Energy’s retail electricity business located in Texas is not included in the acquisition.

A champion of water in the desert

Instead of gathering around the table, these volunteers gathered in the kitchen to feed those in need on Thanksgiving

Trump says he'll leave the White House if Biden is affirmed the winner, repeats false claims about the election