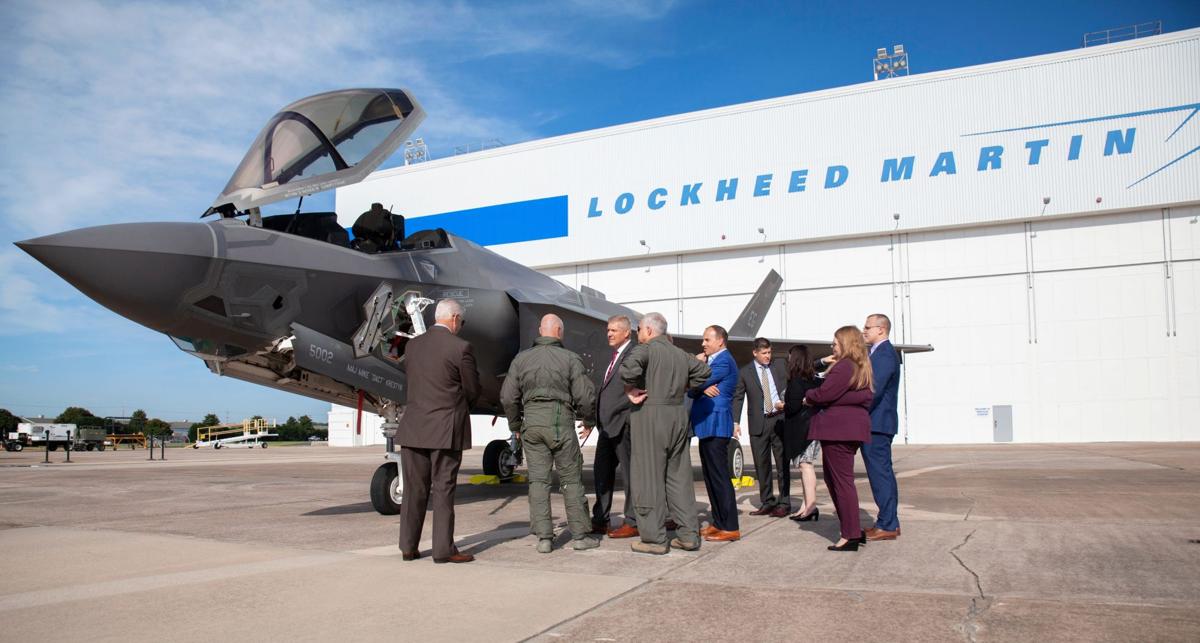 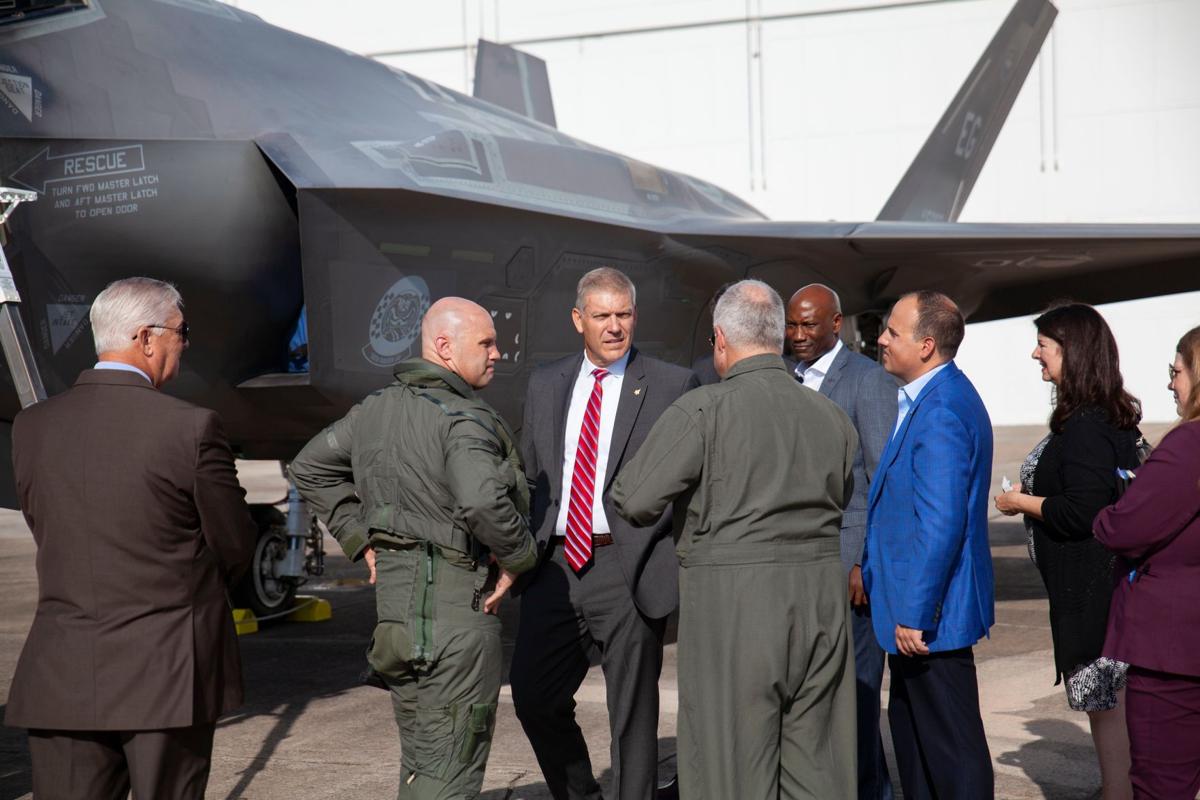 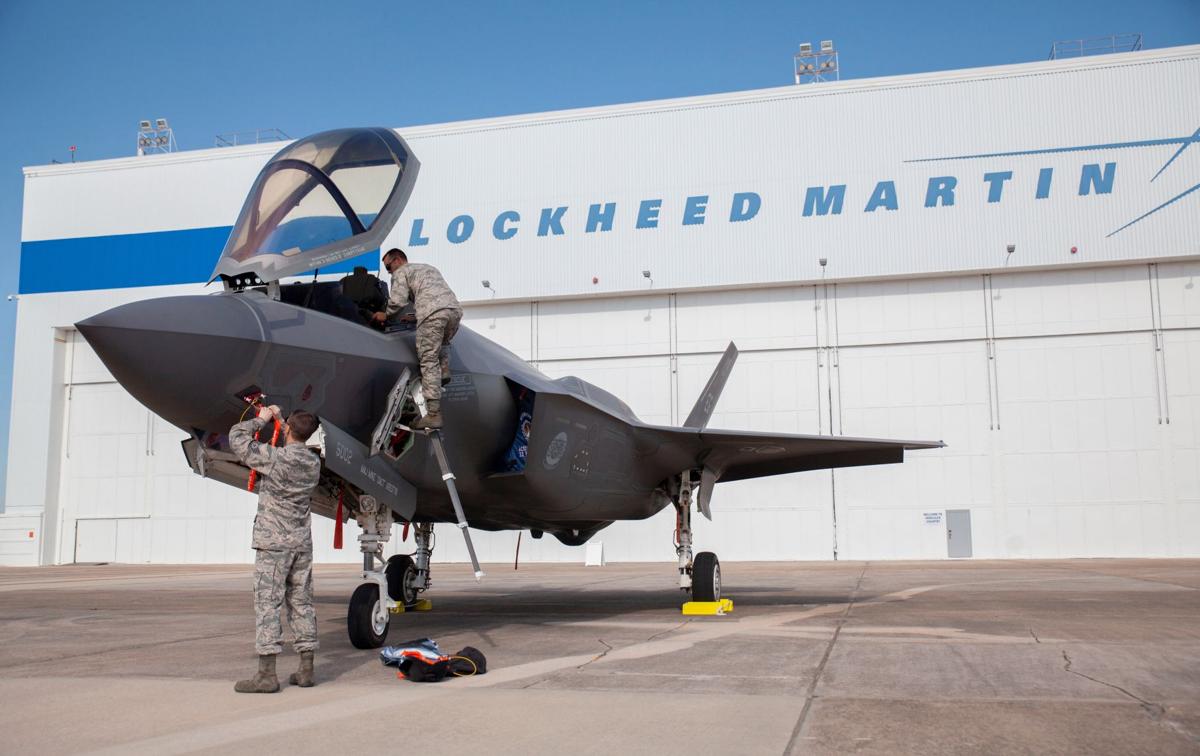 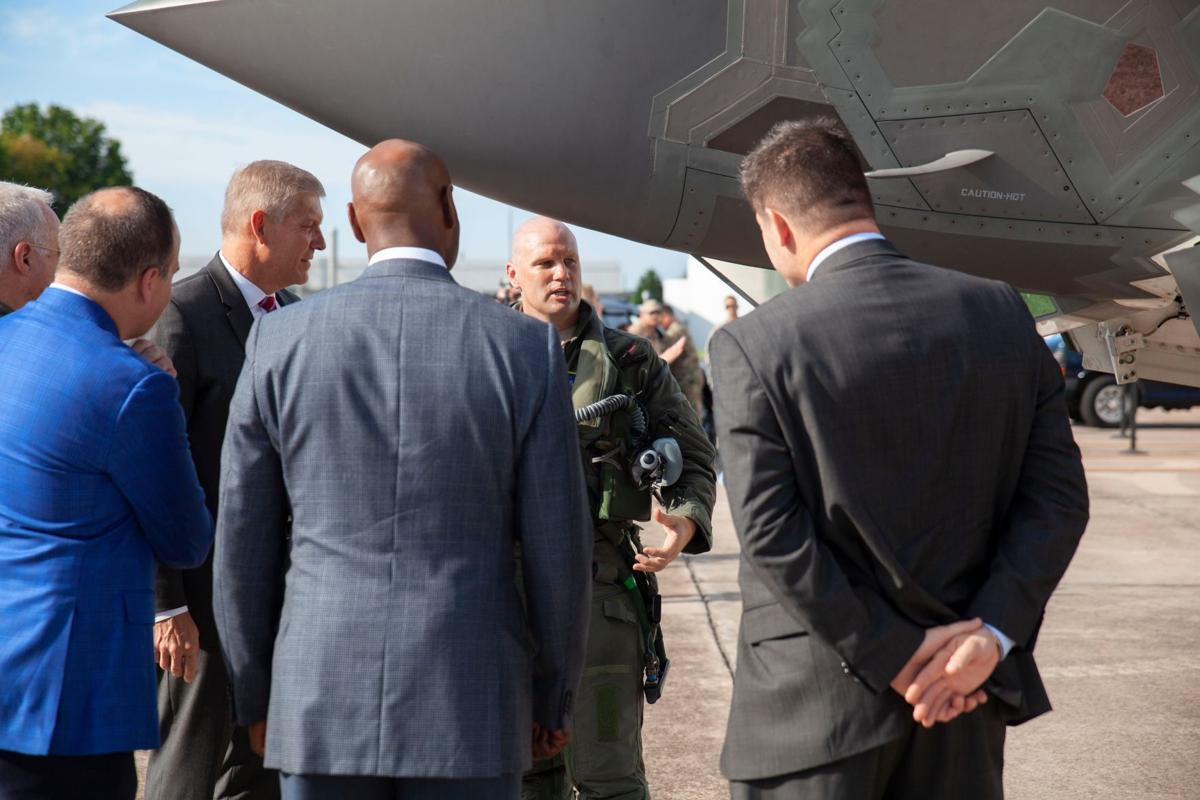 MARIETTA — Thunder rumbled and lightning flashed over Lockheed Martin’s Marietta plant last Thursday morning, but there wasn’t a cloud in the sky.

A fighter jet partially built in Marietta, the F-35A Lightning II, paid a visit and rolled onto a runway surrounded by a crowd of admirers, among them U.S. Rep. Barry Loudermilk, R–Cassville, and Rod McLean, vice president of Lockheed Martin Aeronautics and general manager of the company’s Marietta facility.

F-35 production accounts for more than 600 jobs at the Marietta plant, 5,500 direct and indirect jobs across the state and has an annual impact of more than $550 million on the state’s economy, according to McLean.

McLean said the aircraft’s visit to the Marietta plant is a source of pride for the employees there and displays a continuation of the company’s “strong aviation legacy.”

“Aerospace products are the number one export from the state of Georgia at $8.4 billion. It’s exciting to know that our F-35 work in Marietta helps position Georgia as an aerospace leader not just in the U.S., but around the world as well,” McLean said.

Loudermilk, various Lockheed Martin staff and other guests followed the F-35’s pilot as he walked around the jet explaining its flight and advanced technological capabilities. Loudermilk, an Air Force veteran, said seeing the jet face-to-face is “a pretty incredible moment.” He said among the most impressive features is the fighter’s technological capabilities, features like voice command technology.

“This is American ingenuity that’s coming together. This thing is a flying super computer, as well as a war machine. This is what keeps us ahead of nations such as China (or) Russia that’s always trying to match or steal our technology,” he said, gesturing to the fighter, which he called an “important investment” for the country. “This is us being able to stay ahead of the game to ensure that we’re safe, free and full of opportunity as a nation.”

Loudermilk also said the Marietta facility has been an important economic driver for the surrounding community, adding that the federal government’s increase in defense spending under President Donald Trump has ensured that remains so.

“People are really proud that some of our key elements of national defense are produced right here, in Marietta,” he said of the plant which has also produced more than 2,600 C-130 military transport aircraft.

Al Norman, chief test pilot for Lockheed Martin, called the stealth F-35A Lightning II a “game-changing aircraft” with unmatched ability to bring pilots home. Norman said the F-35 has been taking test flights for about 15 years and has been produced in earnest for nearly a decade.

This year, he said, Lockheed will produce 131 of the jets and continue to increase production from there.

“It’s wanted by the world,” Norman said. “(We) take the latest technology and continue to improve the airplane as years go on. That’s what makes the F-35 relevant today and for decades to come. We’ve built an airplane that can accept new technology.”

The F-35’s ability not only to function as a fighter jet with a 9-ton weapons payload, but to collect, analyze and share data, makes it an aircraft that can contribute to all airborne, surface and ground-based assets on the battlefield, he said.

The F-35A is created for the Air Force, and is one of three variants of the aircraft, according to Norman. The F-35B is produced for the U.S. Marine Corps, and the F-35C for the Navy.