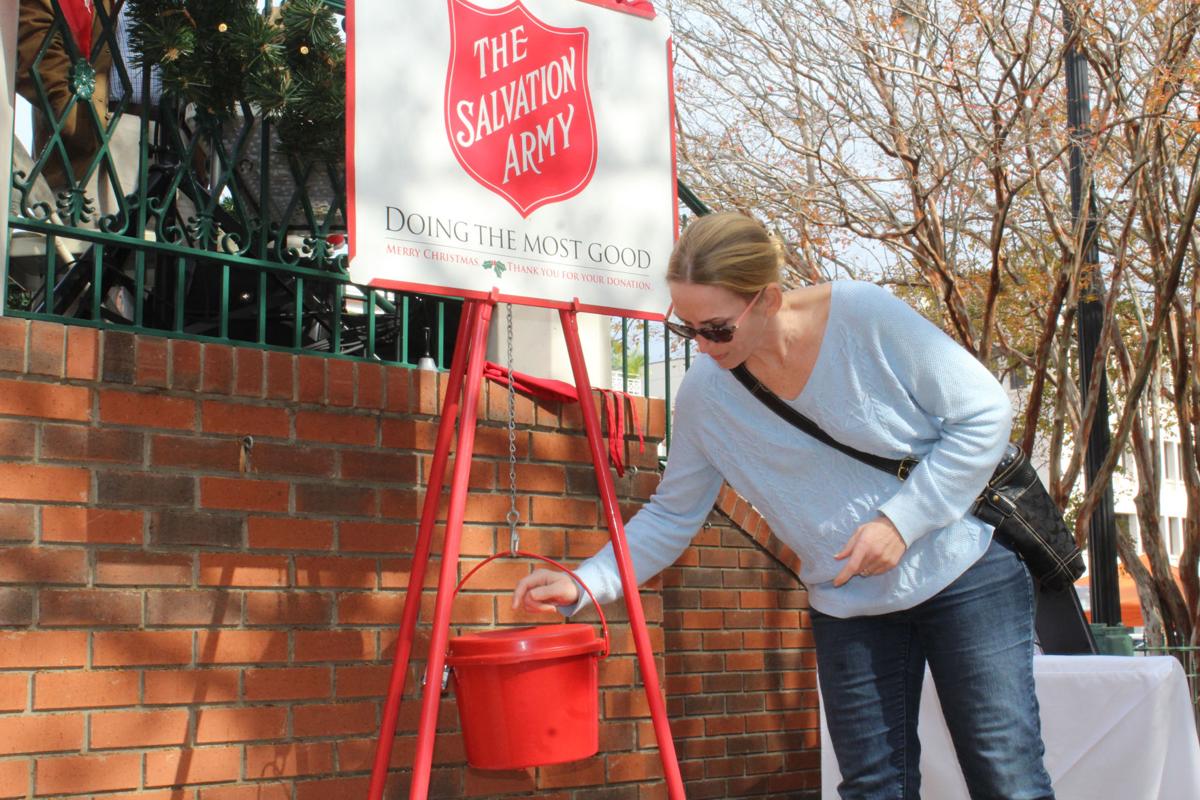 A monthlong countywide fundraiser to help Cobb’s most vulnerable residents over the holiday season is kicking off in Marietta Square this weekend.

It’s all to mark the beginning of the organization’s red kettle fundraising campaign to collect money for its social services programs.

The eight different Salvation Army church and community center (corps) locations in metro Atlanta, of which the Cobb/Douglas branch is one, collectively had a goal of raising $2.5 million through the fundraiser last year, she said.

Salvation Army red kettles, into which people can donate cash, will be at 35 different retail locations throughout the Cobb and Douglas counties in this year’s fundraiser between Nov. 23 and Christmas Eve on Dec. 24.

That’s when shoppers will be able to hear the bells ringing as volunteers collect money.

“It’s our official kickoff to the Christmas season, Owens said. “Bell ringing is a Salvation Army tradition that happens all over the world.”

The Salvation Army has partnerships with Kroger, Walmart and Hobby Lobby, so look out for red kettles in those shops in particular.

All the money donated in Cobb will be spent on programs in Cobb, Owens said.

Cobb has over 800 unvaccinated students and 11 confirmed measles cases

More than 800 school students in Cobb are unvaccinated on religious grounds, according to data from the Cobb and Marietta school districts.

A Smyrna man belted a child across the eye as a form of corporal punishment, then failed to get medical treatment for the injured juvenile, po…

A woman and her boyfriend were stabbed and threatened at a Marietta homeless shelter by the woman’s ex-boyfriend, who hid in the bushes waitin…

Marietta eyes purchase of two state-owned properties off the Square

Marietta looks set to be delivered a Christmas present this year from the state, in the form of two properties off Marietta Square that the ci…

Hopefully, Salvation Army is aware of the pan handlers in Glover Park? In particular, the one who is loud and aggressive and is in Glover Park all day every day of the week. Actually, in sizing him up, he is more of a common hustler. His clothes, shoes, teeth, general physical appearance are all excellent and of someone who does not live on the streets.

Cities re-assert they’re paying too much for services