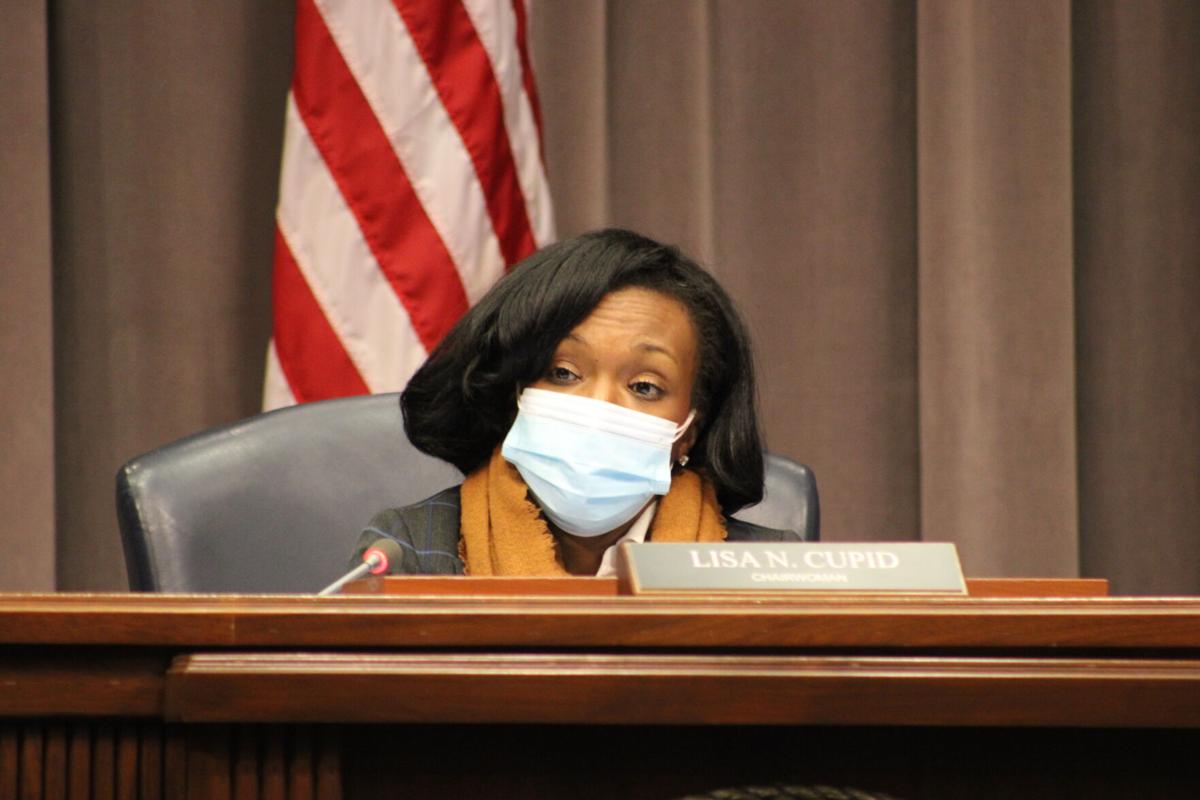 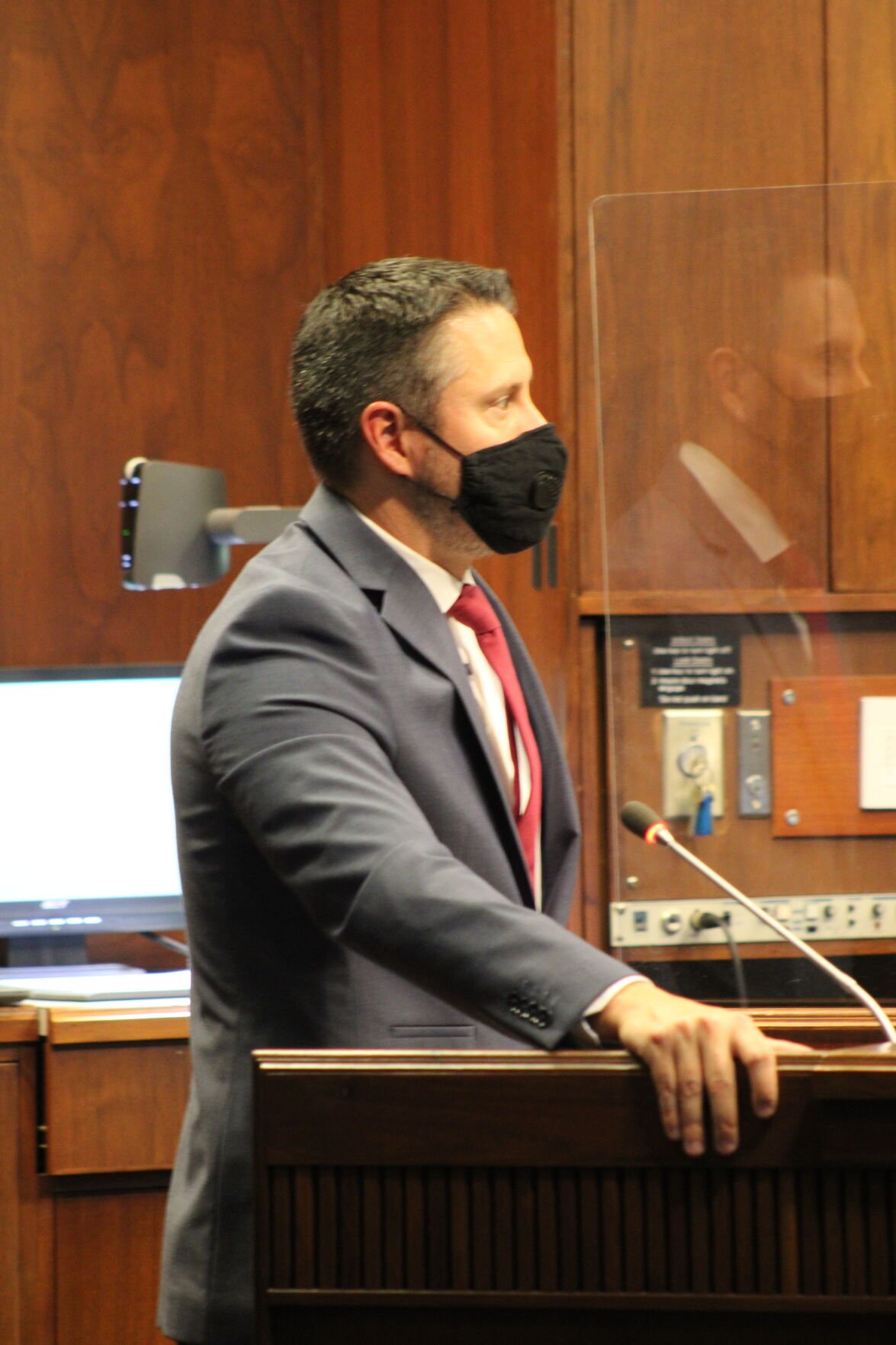 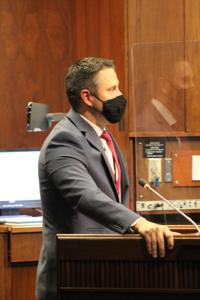 MARIETTA — Cobb commissioners kicked off discussion of the 2022 budget on Tuesday by giving the county's finance team a broad mandate: help us find and keep good workers, give our public safety workers a raise and invest more in county infrastructure.

Each priority was endorsed by a majority of commissioners as they began their monthlong discussion regarding the budget for fiscal 2022, which will begin in October.

Meeting those goals may be difficult, according to county finance director William Volckmann.

Based on current revenue assumptions and the current millage rate, "there will not be adequate resources available to consider most of the priorities that we will be discussing in the next few slides," he told commissioners.

His presentation drew on comments made by county department heads at a retreat in January. At the retreat, they told commissioners their departments were understaffed and their employees overworked. They said they were struggling to hire quality employees and keep the ones they do have. They also said much of the county's equipment was long past its useful life or that its infrastructure was in need of repair or replacement.

County Chair Lisa Cupid said on Tuesday the budget discussion this year was "unique" given the retreat.

"I can't remember a session where we had that comprehensive a discussion about needs across the entire organization," she said. "We have a lot of things which we can consider now that we did not know in the past."

The discussion this year is unique in another sense.

The November elections gave Democrats a majority of seats on the five-member board — their first since the 1980s. Whether that means a departure from past boards' fiscally conservative approach to governing the county will be determined during the debate over the upcoming budget, which commissioners will approve this summer.

Cobb County employs more than 4,000 people. At the January retreat, human resources director Tony Hagler said turnover in 2020 was 9% among those on the county’s traditional pension plan and 13% among those on its less generous “hybrid plan,” which took effect in 2010. And 23 departments have turnover rates above 15%.

"I was shocked, even disheartened when I saw the level of turnover," Cupid said Tuesday. "So to me, looking at merit (raises) is a serious consideration for me. ... That's something I would like for this board to consider, even if more modest than what we would like, because I think it's important for us to send a strong signal to the organization about valuing the human assets of this organization."

The 2020 raise for public safety personnel was part of the county's introduction of a new pay scale for those employees, who had long pushed for a "step-and-grade" plan that would determine each worker's salary based on years of service (step) and rank (grade).

Commissioners passed a $5.7 million version of a step-and-grade plan in which annual raises were not guaranteed and would have to be approved annually by the board. The understanding was, however, that commissioners would approve annual raises unless a recession decimated county finances.

At the beginning of the pandemic, the county's finance team prepared for a Great Recession-style hit to tax revenues. Among the assumptions they made were a flat tax digest in 2021 and a drop in property tax collection rates from the typical 98% to about 95%. But that hit has yet to materialize, according to Volckmann.

So far this fiscal year, revenue has dropped, but not precipitously, according to information Volckmann shared Tuesday. And, all things considered, his department is projecting "limited revenue growth" in the coming fiscal year.

The county's property tax collection rate is where it would be in a typical year, he told the MDJ in December. And the tax assessor's office "anticipate(s) a positive number" with regards to the digest, he told commissioners Tuesday. But 2% growth — about half that of a normal year — will only generate about $5.5 million, which will be eaten by an increase in the county's pension and healthcare costs, Volckmann said. A preliminary digest will be available in late March or early April, and a final digest will be available in June.

While some revenue sources, such as the county's hotel/motel tax, have been hammered, the county's vehicle tax — which commissioners used to fund the step-and-grade plan — has been "one of the shining bits of good news" during the pandemic, Volckmann said.

Commissioners shared other priorities Tuesday, such as investing in the county's cybersecurity and hiring a diversity and inclusion officer (Cupid), reducing the amount of money the county takes from its water department (north Cobb Commissioner JoAnn Birrell) and funding the expected increase in the county's pension and healthcare costs (Cupid and Birrell).

The finance department will present the board with several options in April or May based on Tuesday's discussion. Echoing Volckmann's comments, Birrell struck a note of caution.

"Without having the tax digest and all these other priorities," she said, "I don't know how we're going to fund ... all the stuff we've been requested to fund,"

Employees leaving Cobb county have been leaving at a rapid rate for years so don’t act like it’s a big surprise now ! The pay is low and very mediocre benefits. It’s amazing how Cobb has always been close to the top in benefits and now we can’t keep good employees. Yet the BOC has known this for years it’s not a big surprise. So with a Democratic board we will be getting new taxes , that will be coming. Ms Cupid I don’t think we need a diversity officer! Of course that is a must have in a Democratic govt,