The Latest: Vikings' food truck to give out free meals 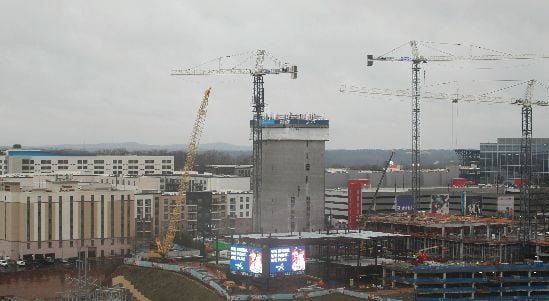 The elevator test tower being constructed by Thyssenkrupp at its new North American headquarters in Cumberland is advancing skyward by more than 7 feet a day, the company says. This image was taken of the building Feb. 20. 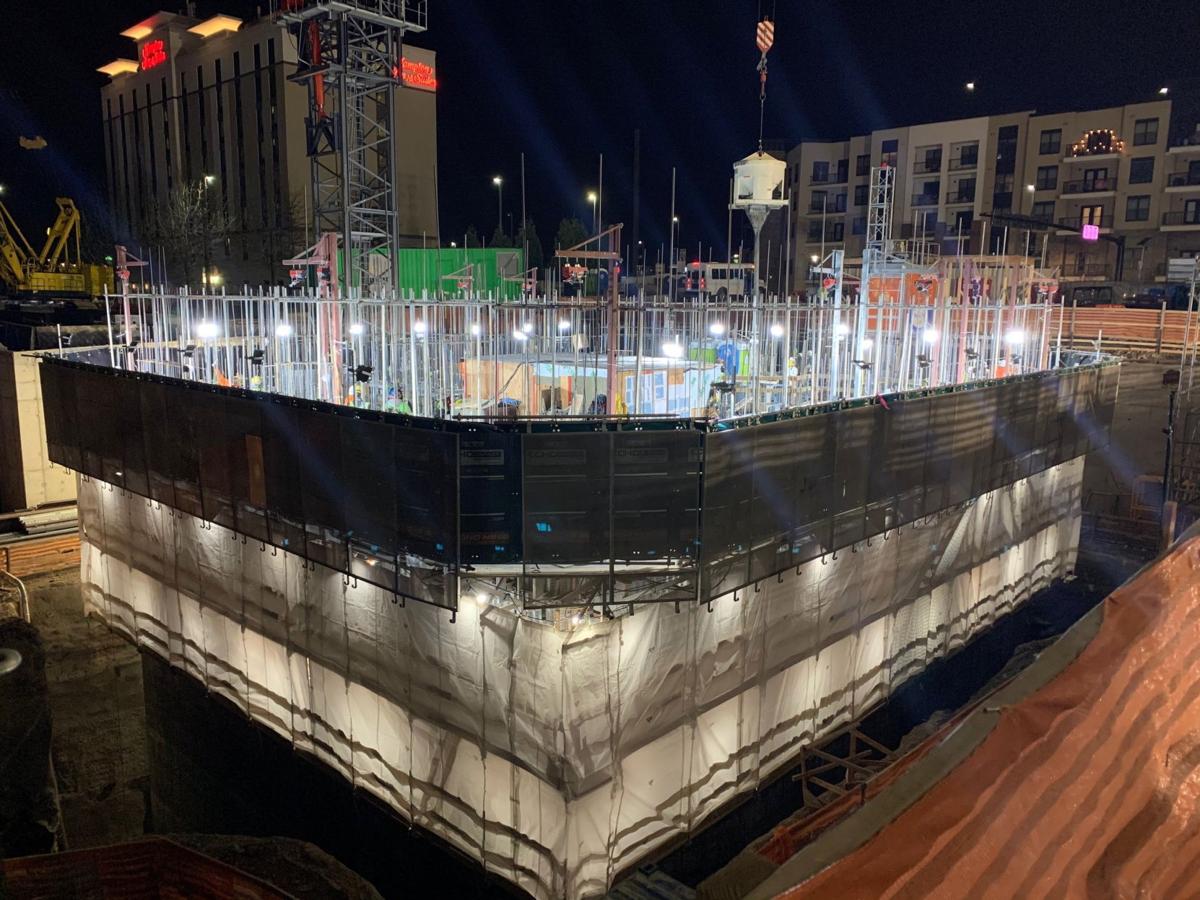 This photograph of Cobb’s tallest building-to-be in Cumberland was taken recently by contractor Ben Norton, during the first weeks of construction using continuously poured concrete 24 hours a day, 7 days a week.

The elevator test tower being constructed by Thyssenkrupp at its new North American headquarters in Cumberland is advancing skyward by more than 7 feet a day, the company says. This image was taken of the building Feb. 20.

This photograph of Cobb’s tallest building-to-be in Cumberland was taken recently by contractor Ben Norton, during the first weeks of construction using continuously poured concrete 24 hours a day, 7 days a week.

Cobb County’s tallest building-to-be is rapidly taking shape in Cumberland as around 130 construction staff use a unique method of continuous concrete pouring to advance the structure skyward more than 7 feet a day.

The Thyssenkrupp elevator test tower at the site of the company’s? new North American headquarters next to The Battery Atlanta is fast appearing before residents’ eyes, with crews now four weeks into the round-the-clock slip-form construction process.

This method, common in Europe, is relatively rare in America, according to the company, which used it to build its 800-foot test tower in Germany. It involves a moving framework system that is set down on the foundation of the building, with concrete continuously poured into a moving form 24 hours a day, 7 days a week.

“For the first time since we made the public announcement, the Cobb County community can see the (tower’s) impressive height for themselves and how it will enrich the Atlanta skyline,” Thyssenkrupp North America President and CEO Kevin Lavellee told the MDJ.

“While our headquarters will not be complete until next year, we are home,” he said. “Engineers and corporate functions have started relocating to Atlanta, becoming proud members of the local communities they now work and live in. We are welcoming new employees to the Thyssenkrupp Elevator family as we integrate new and existing employees together to help create a brighter future, not only for Thyssenkrupp Elevator as an organization, but for the vertical transportation industry as well.”

More than 900 full-time employees are expected to be based at Thyssenkrupp’s Cumberland complex.

Lavallee said the tower’s unique construction is a symbol of the “bright futures” of the company’s Cobb-based staff.

“We are looking forward to celebrating its completion and the opening of our North American headquarters with our Atlanta neighbors in the near future,” he said.

Up to 200 contractors will ultimately be employed on the $240 million project, comprising not only construction of the test tower, part of the company’s new Innovation and Qualification Center, but also the adjacent corporate headquarters.

Lavallee said the elevator test tower will reach its full height of 400 feet by April, despite the persistently wet weather of late. Once completed, it will be Cobb’s tallest building and the tallest elevator test tower in the western hemisphere, the company claims.

“Any weather and construction-related delays have been minor, and our general contractor, Brasfield & Gorrie, has done a wonderful job keeping us on schedule,” Lavallee said.

The tower and innovation center is slated to be fully constructed by summer 2021, and fully staffed and operational in early 2022, when the company’s corporate headquarters is also expected to be completed and occupied.

Several departments of the firm are already working out of their new business headquarters, which is separate from the corporate headquarters, at the nearby Pennant Park corporate complex, also at the junction of interstates 75 and 285, Lavallee said.

Thyssenkrupp’s base in Cumberland spans 4.8 acres adjacent to and north of the Perimeter and on the south side of Circle 75 Parkway.

A new, more streamlined design has been revealed for what will be Cobb County’s tallest building.

Around $42,000 worth of copper tubing and wiring was stolen from a Cumberland construction site by two people who stashed the equipment in nea…

AROUND TOWN: If you can't beat 'em, disqualify 'em

Glynn County has extended its emergency declaration until April 30