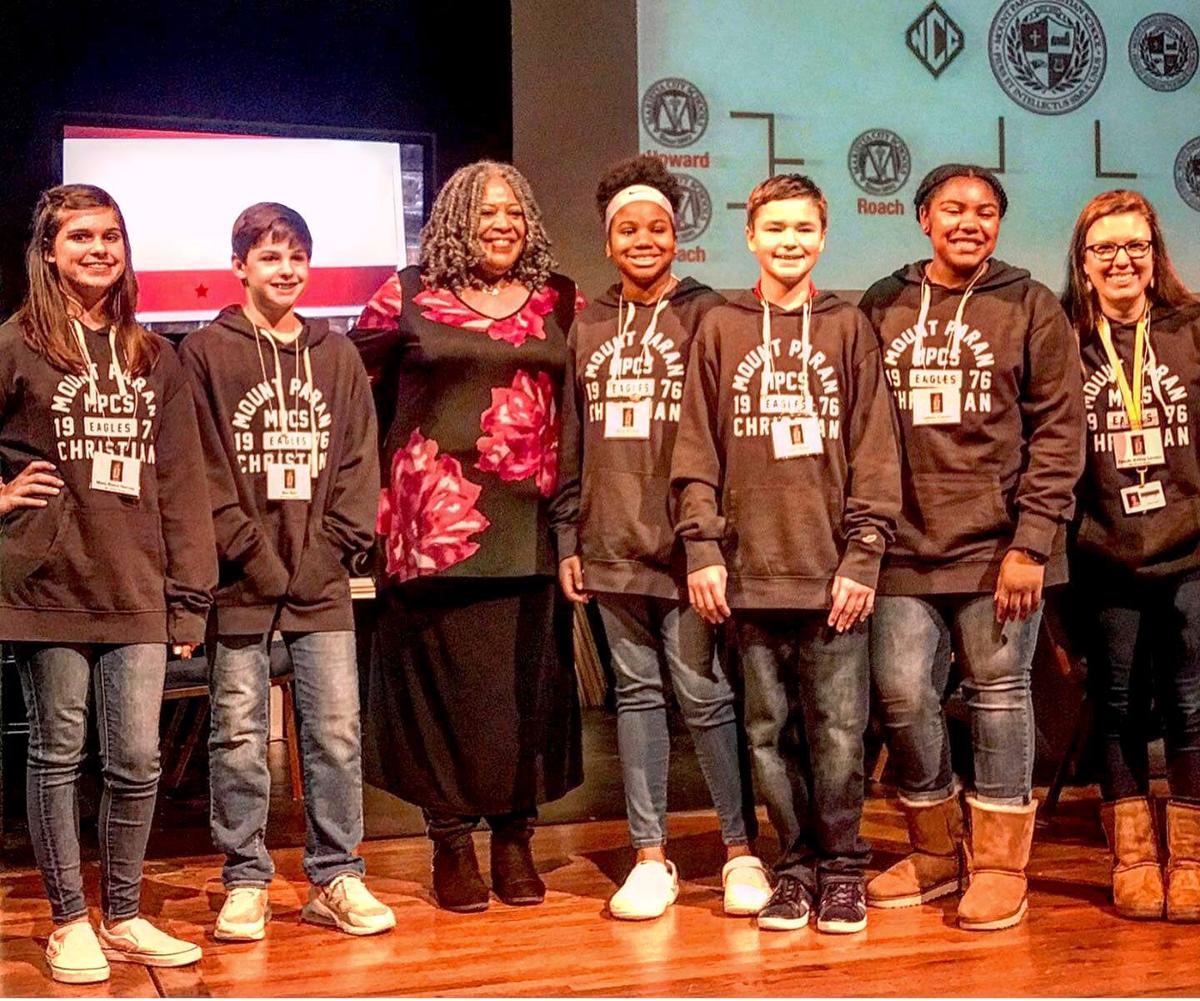 Pictured is the Mount Paran team, which came in first in the middle school division at the second annual Black History Bowl. 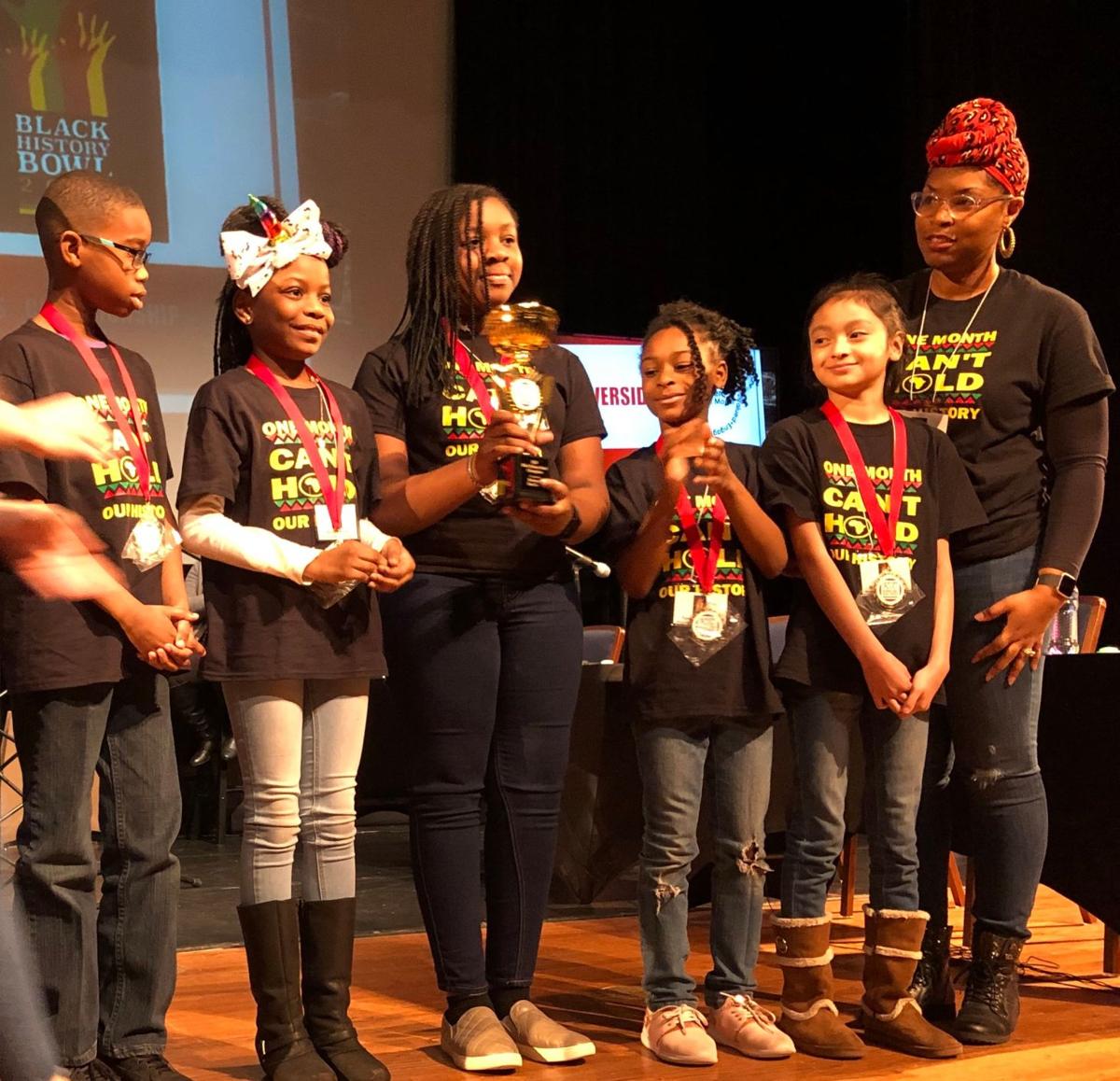 Pictured is the Riverside Intermediate team, which came in first in the elementary school division at the second annual Black History Bowl. 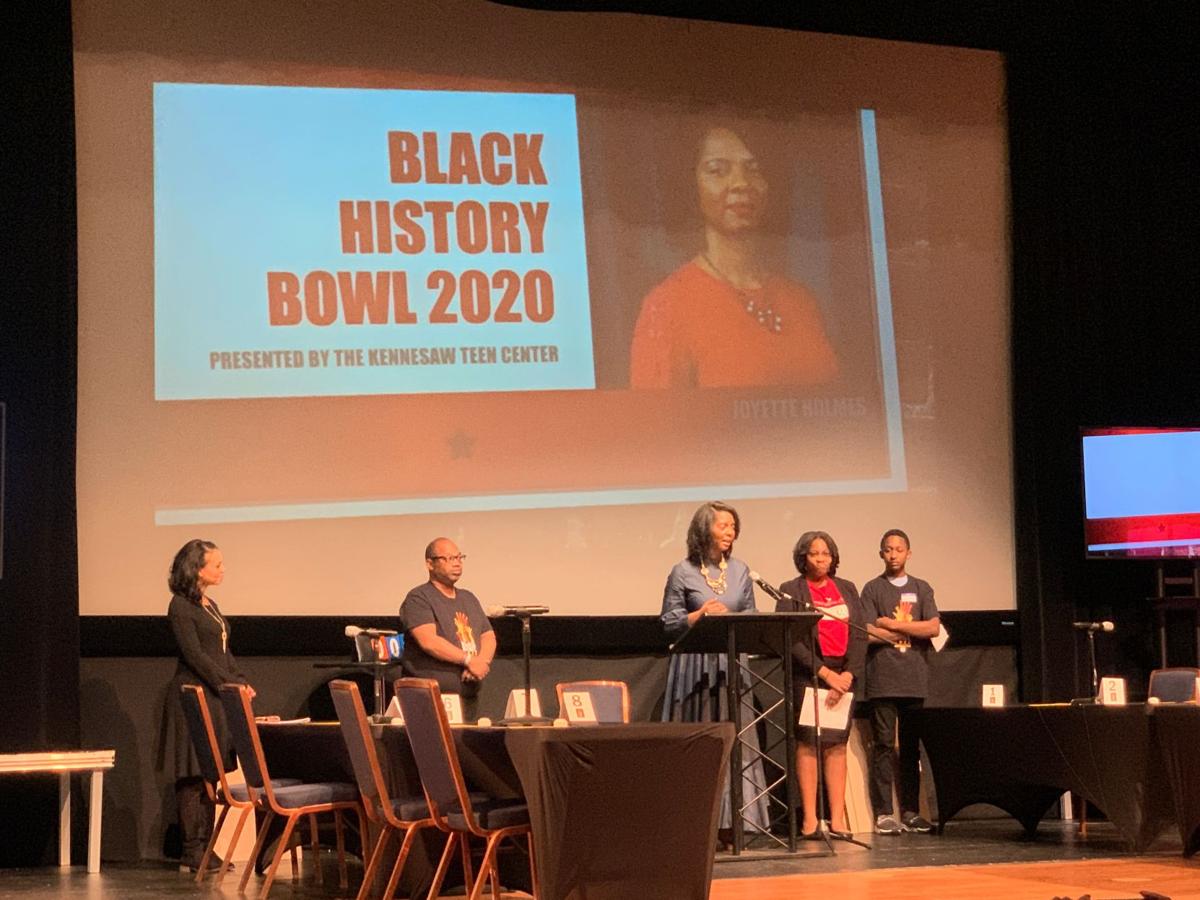 Pictured is Cobb District Attorney Joyette Holmes being honored with the Living Legend Award during the closing ceremonies of the second annual Black History Bowl.

Ten teams comprised of middle school and elementary students vied in the final round of competition, which was held at the Murray Arts Center at Mount Paran Christian School in Kennesaw.

Teams competed by answering a variety of black history-related questions in science, the arts, education, sports, entertainment, civil rights and politics in a fast-paced buzz-in style format. The Bowl seeks to raise and deepen the awareness of the vital role played by African-Americans in the history of the country.

The final rounds were moderated by longtime community affairs director Jocelyn Dorsey, who retired last year after 45 years with WSB-TV. Dorsey was the first African-American news anchor in the metro Atlanta market. Director of Community Affairs for WSB-TV Condace Pressley also served as moderator for the competition.

Holmes and Pastor John W. Harris of Thankful Baptist Church of Kennesaw were honored with the Living Legend Award during the closing ceremonies.