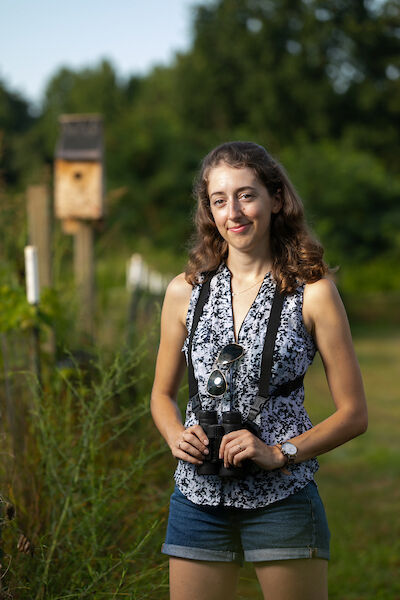 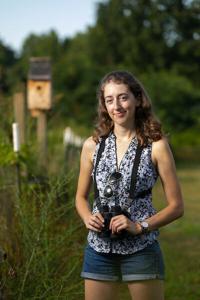 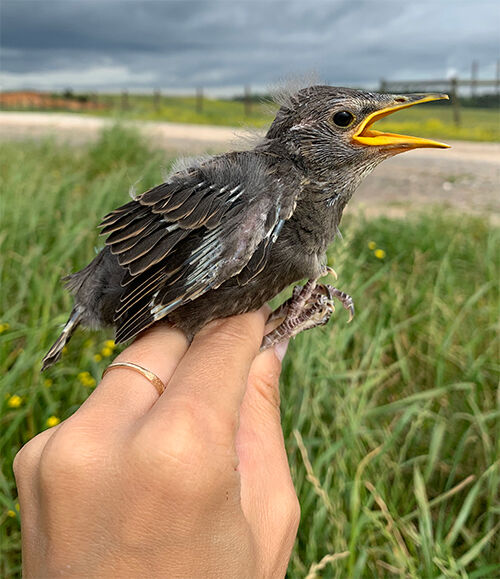 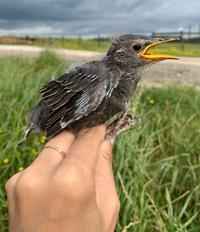 All it took for Kennesaw State University assistant professor of biology Sarah Guindre-Parker was holding a bird.

She arrived at Simon Fraser University in British Columbia as a biology major with a premed concentration, but all that changed once she joined a research project as an undergraduate.

“I’d never seen a bird close-up, they look like these weird little dinosaurs.,” said Guindre-Parker, who is about to start her second year with KSU in the College of Science and Math. “I got really hooked on the birds and the field work, which sent me down the path of pursuing graduate school, doing some of the same work that I do today.”

Her research work focuses on how European starlings cope with changing environments on both surface and cellular levels through their breeding, their behavior or their physiology.

“That’s really what I’m interested in — how animals navigate the world, especially under changing conditions,” she said. “Every organism faces some kind of change in their environment over their lifetime, so it’s not a unique problem exclusive to some animals in certain environments. It happens everywhere.”

As a professor, she tries to help her students find their paths. A product of undergraduate research herself, Guindre-Parker recognizes the importance of exploration and diversity of experiences during college. She said she has a place in her program for anyone who shows an interest in research no matter their major.

In addition to KSU’s emphasis on undergraduate research, Guindre-Parking said that the KSU Field Station also drew her to the university.

Shortly after arriving in Georgia, she put up several bird nest boxes in hopes that starlings would lay eggs there this spring, during their prime nesting season.

She has studied different species of starlings for many years, including starlings in Kenya during her doctoral program at Columbia University. Georgia’s local European starling, a common bird throughout North America, thrives in all kinds of environments, so Guindre-Parker sought to understand their adaptability at the physiological level. Among other factors influencing the birds’ adaptive abilities, she studies their endocrine flexibility — their ability to use their hormones to adapt to changing environments — a trait birds share with humans.

Because starlings are creatures of habit, Guindre-Parker said she expects the same birds to come back to nest next spring. That’s a good baseline for a multiyear research project she has in mind, involving the influence of stress hormones on coping with environmental change, in the starlings that do return to the KSU Field Station.

With a field study system set up and a team of undergraduate researchers at the ready, Guindre-Parker said she will welcome two masters students to her group this fall as part of the Master of Science in Integrative Biology program, and in the future seek out more expansive field research opportunities for her team.

For now, she marvels at how far she has come since her premed days, and how quickly her work has found a home at KSU.

Biden picks a Goldilocks Cabinet, neither too left or right

Biden picks a Goldilocks Cabinet, neither too left or right

DeKalb County will send a coronavirus alert to phones tomorrow

Mary McNamara: What you don't know about the first Thanksgiving might keep you home for this one