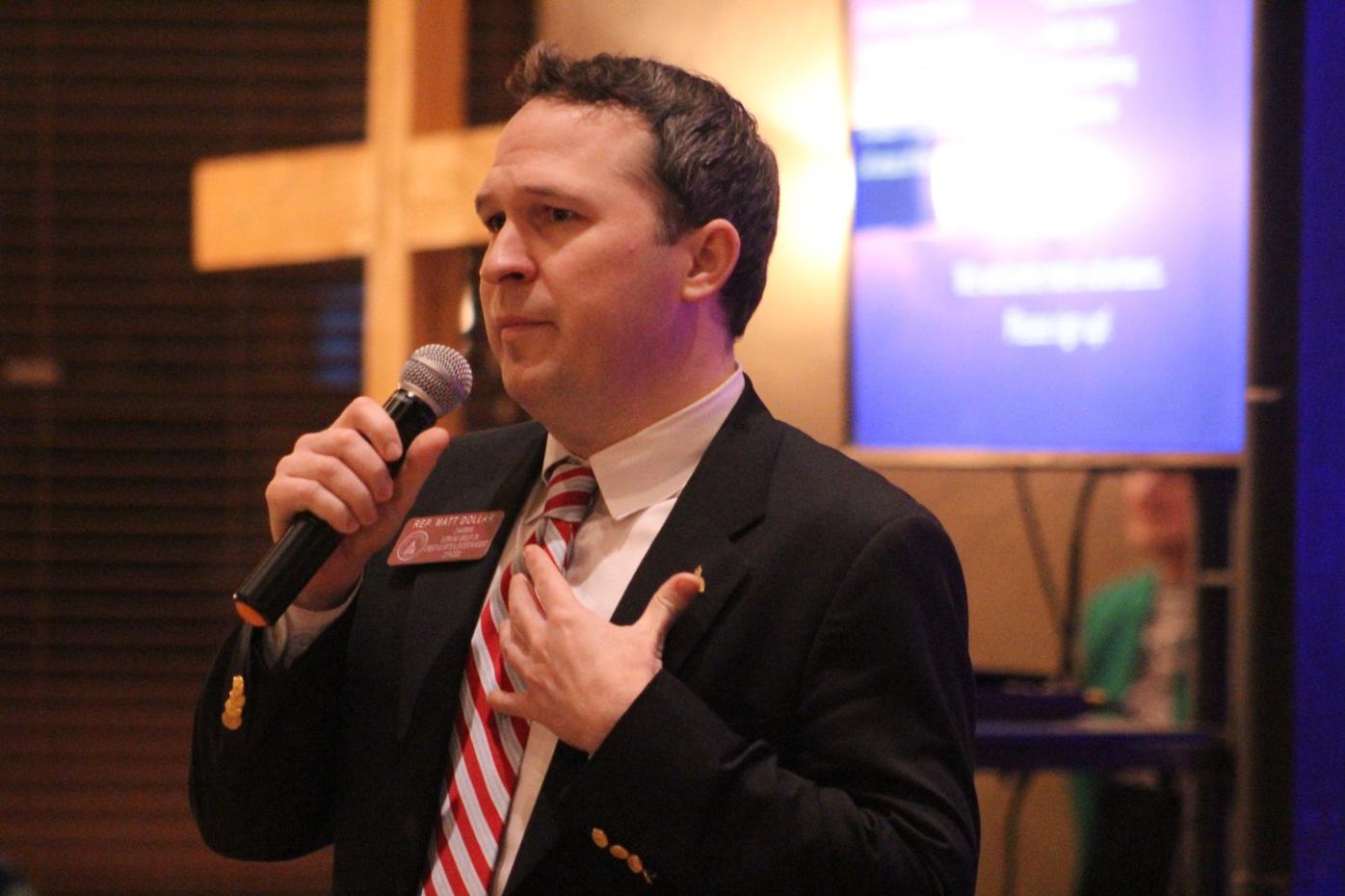 State Rep. Matt Dollar, R-east Cobb, introduced legislation that would be the first step toward creating the city of East Cobb. / File 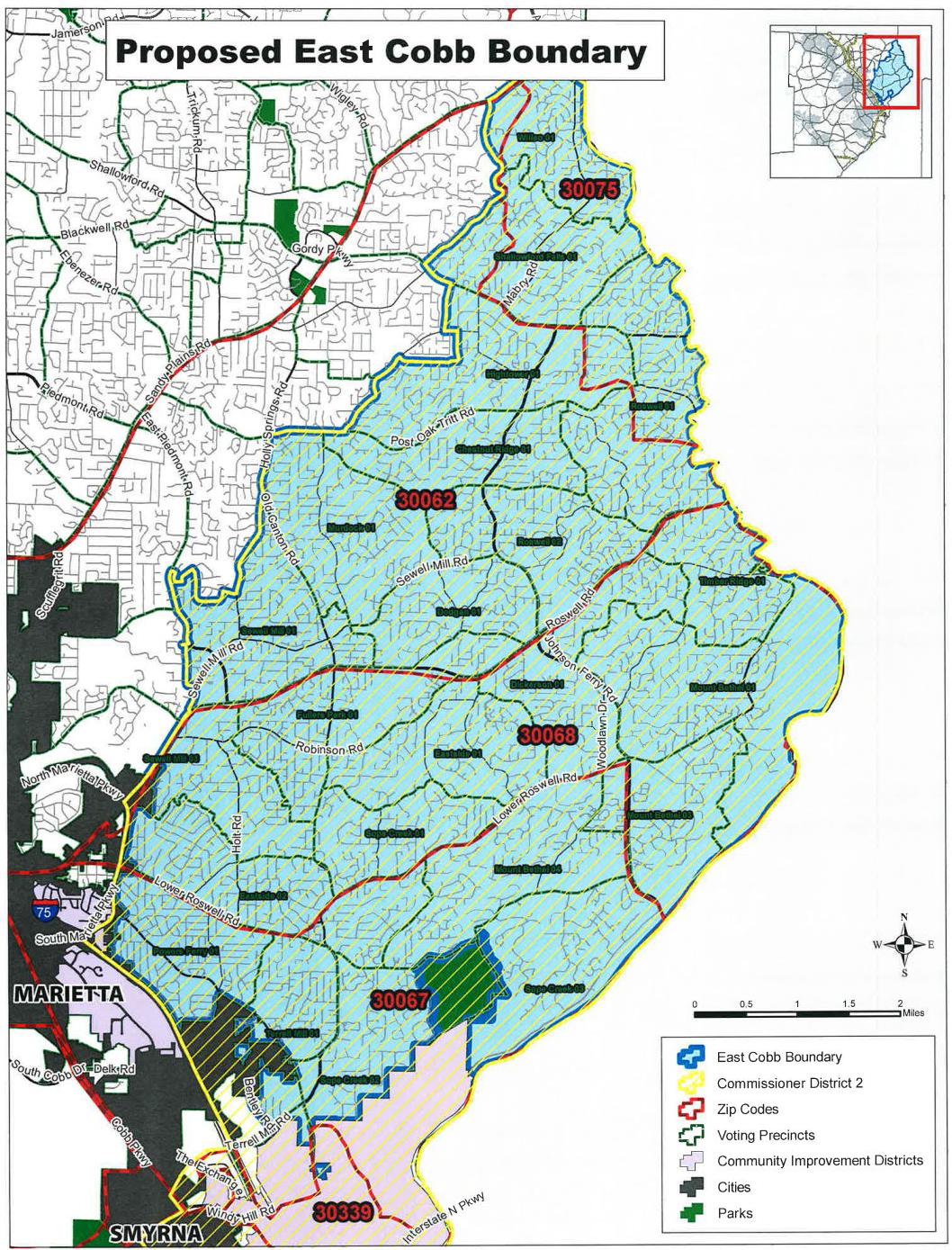 Though the bill to establish a referendum for the city of East Cobb was introduced just prior to state legislators’ final day of the session, its sponsor says it is just the first step in a two-year process.

Sponsored by state Rep. Matt Dollar, R-east Cobb, House Bill 718 would likely put the cityhood question before residents in 2020 if signed into law. The bill is expected to be read on the House floor and then assigned a committee; no further action will be taken on it until representatives return to work in January. 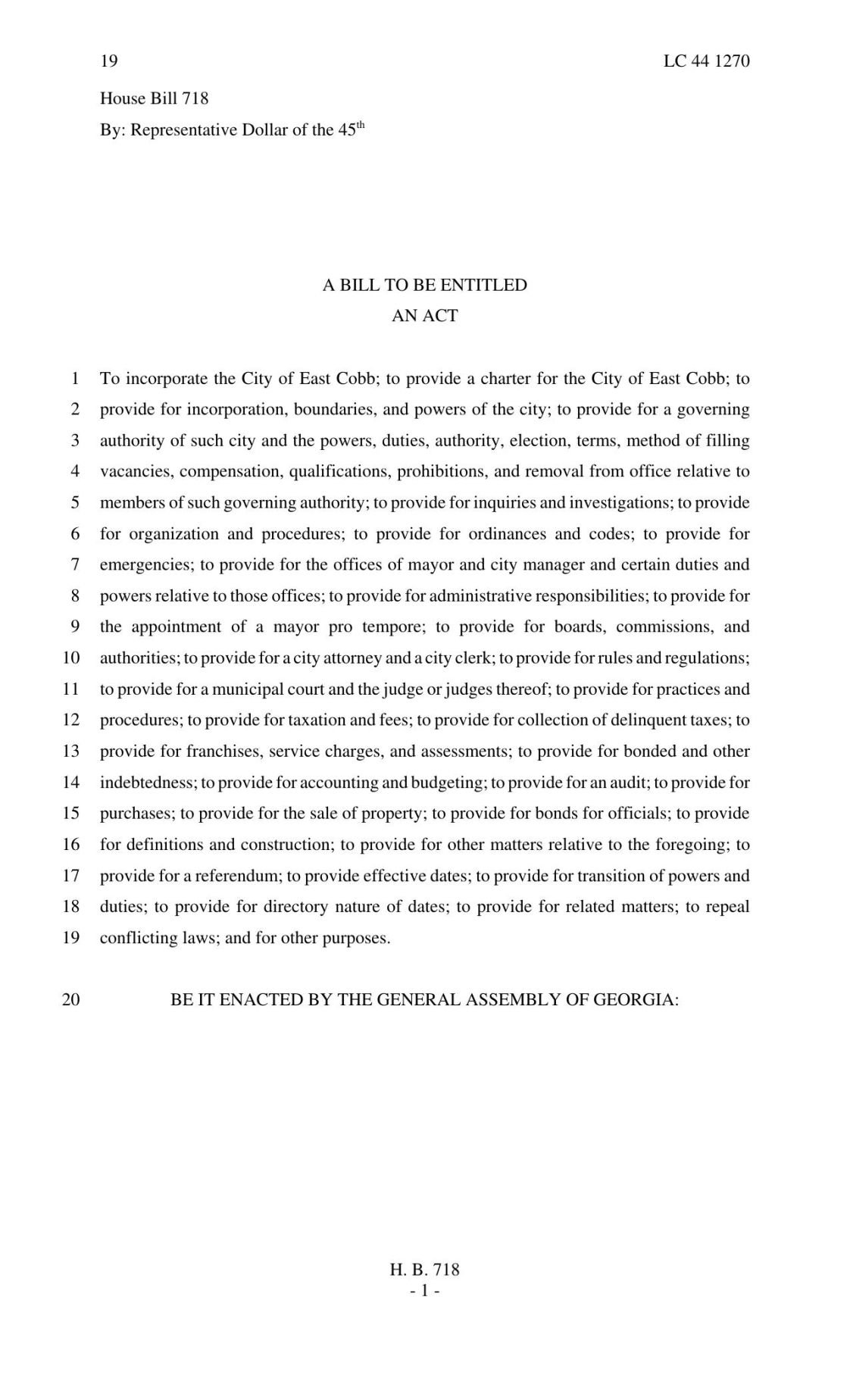 The proposed city’s boundaries would consist primarily of Commissioner Bob Ott’s District 2 north of the Cumberland Community Improvement District and not contained within the city of Marietta. It would be Cobb’s seventh and largest city, totaling about 97,000 residents, making it the eighth largest city in Georgia.

At the earliest, voters could decide the matter in the general primary on May 19, 2020, with the approval of cityhood triggering a vote to fill municipal offices in that year’s November general election.

“If we have it on the May ballot and it passes, then the city is able to have the municipal elections on the November ballot and they don’t have to wait until March (2021) and have to pay for their election, basically,” Dollar said last Monday.

But Dollar said legislators would have a tight timetable to place it on next year’s primary ballot, with Cobb Elections officials telling him they would like to have the bill approved in mid-February.

“It could be done in five days. We’ve passed bills in less,” Dollar said.

Cobb Elections Director Janine Eveler told the MDJ that any election for next year’s May 19 primary would have to be called at least 60 days prior, which is March 20. But she says her office would need time to identify voters who would decide on cityhood, hence the earlier deadline.

“The different thing about this one is we have to create a brand new district, like a school district or a commission district, another layer that is going to be cityhood district, and we have to put every voter one at a time, basically, into the district,” Eveler said. “If it’s a whole precinct, it’s easy, but if it’s part of a precinct, then it’s individually. It’s going to take us time to create the district to allow those people to vote on it.”

Should deadlines for a May 2020 vote not be met, the bill would allow for the cityhood vote to take place during the November general election, with approval paving the way for the first election for mayor and council to be held on the first special election date in 2021.

Eveler said the deadline for a cityhood vote for November 2020 would likely be in July 2020.

The likely senator to carry the bill, Dollar said, would be Sen. Kay Kirkpatrick, R-east Cobb.

“Nothing will or needs to happen to the bill now,” Kirkpatrick said. “What I hope will happen over the next eight months is that there will be lots of public comment and lots of opportunities for people to get their questions answered, and lots of feedback as to whether there’s enough interest in this to kind of push it in the session next year.”

Kirkpatrick says she has yet to take a position on the bill.

“I’ve heard a few people in favor of it, and I’ve gotten a lot of feedback from people that are not in favor of it, but at this point there’s only been one public meeting on it, so I think there’s a long way to go before I’m ready to decide if I’m for it or not,” she said. “Ultimately, I’m usually in favor of the voters deciding things, but if everyone is against it, there’s no point in wasting everybody’s time. It’s too early in the process to know what’s going to happen with the bill next year.”

Echoing the unknowns regarding the bill’s future language is Riley Lowry, a consultant advising the group pushing for East Cobb’s cityhood.

“Everything in that bill is able to be edited and changed by the time it reaches committee,” Lowry said, adding that the next few months will see cityhood proponents holding several community meetings to determine if the city as proposed will cut it.

“Do the people in the community want all of the above, do they want more, or less?” he added.

Last month, State Rep. Erica Thomas, D-Austell, filed a bill that would incorporate the city of Mableton, moving the process of forming a city in south Cobb forward. Filed on Crossover Day, the bill has yet to get a vote on the House floor.

WHAT IF THE CITY IS APPROVED?

No matter when the elections are held, if the city were given the green light by voters, its legislative authority would be vested in a city council composed of a mayor and six council members.

Future elections would be held in odd-numbered years, with the mayor and council members from three of the districts in one election and at every other regulation election thereafter. The remaining council seats would be filled at the election alternating with the first. The elections would be nonpartisan and be for four-year terms. A majority vote would determine the winner in any municipal race.

The mayor would appoint a city manager subject to confirmation by the council, as well as a city attorney or a law firm that would be designated as the city attorney.

Plans for the new city call for it to have its own fire and police departments along with a community development division.

Turning east Cobb into its own city is looking better than originally thought, according to a group that’s spent five months analyzing budgets…

The whole thing is shady and Dollar needs to tell us how he came to file this bill and why he did it without a single hearing.