Pandemic forcing NBA players to work out with w…

Governor to take ventilators for NYC as hospita… 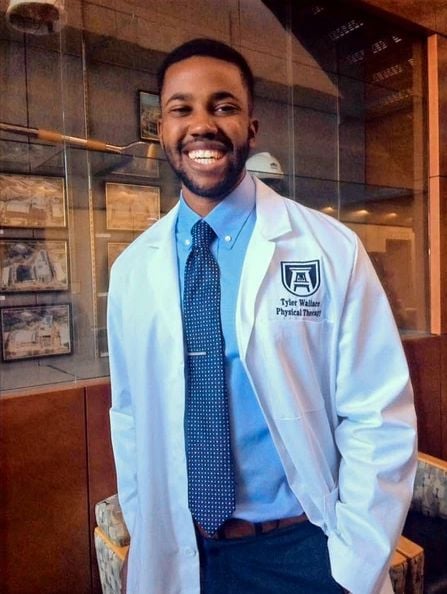 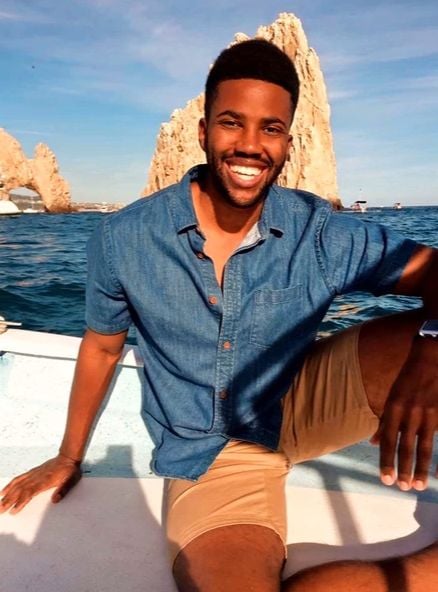 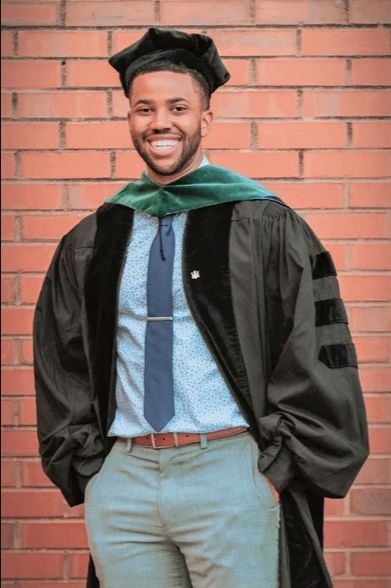 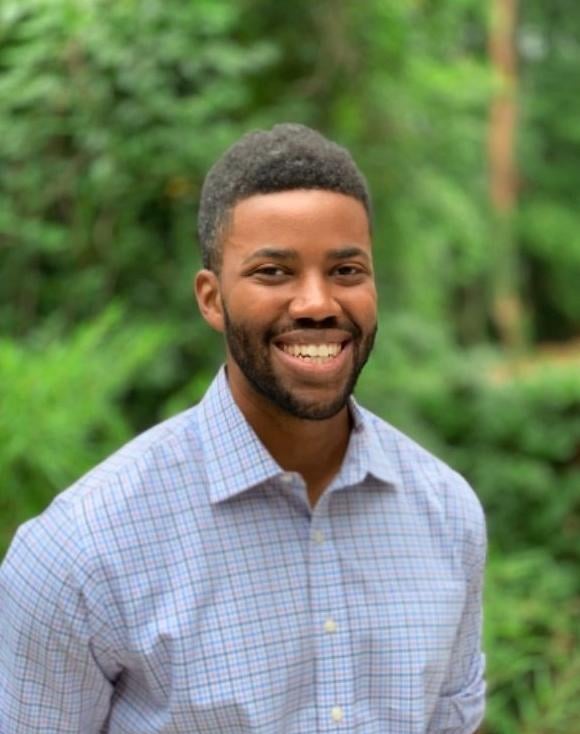 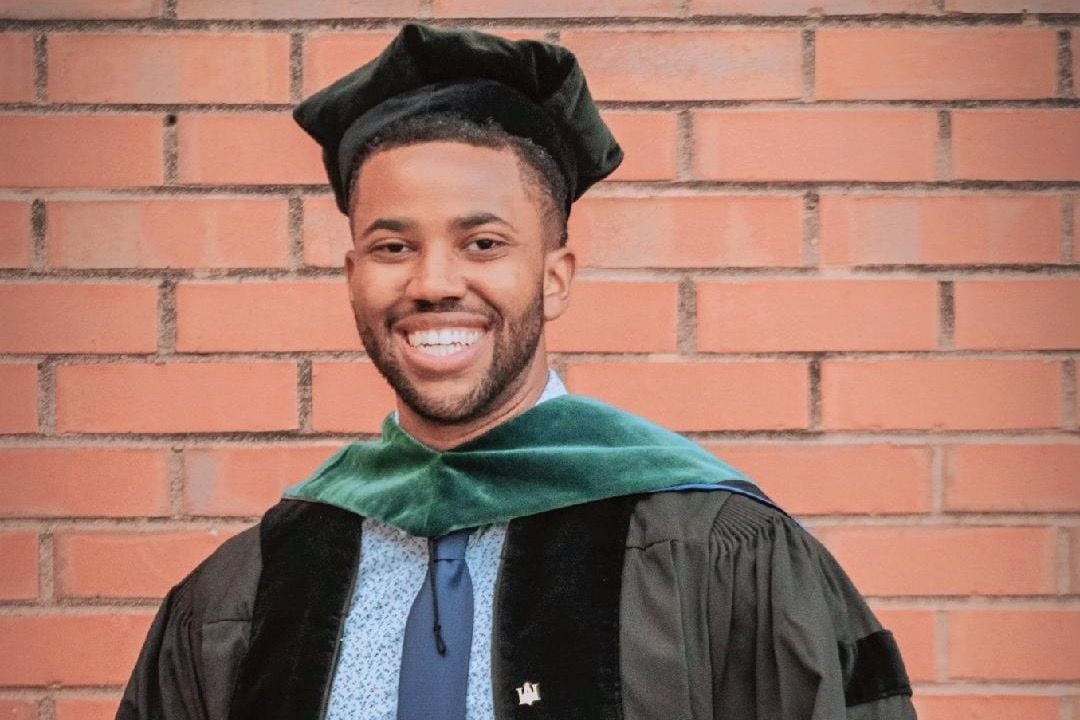 A young doctor has died after being hit by a drunk driver while driving home from medical training in Smyrna, records show.

Dr. Tyler Tara Wallace, 26, was driving a Chrysler when it was hit by a Toyota pickup truck near the intersection of Highlands Parkway and Lake Ridge Drive in Smyrna about 6 p.m. on Saturday Jan. 18, per investigators.

Wallace had to be cut from the Chrysler, which had extensive damage to the front and back driver’s side doors, police said. Wallace spent two days in the intensive care unit at WellStar Kennestone Hospital in Marietta, where he was pronounced dead at 8:30 p.m. on Monday Jan. 20, records show.

A family fundraiser for his health care and memorial expenses has almost generated $30,000.

Smyrna police obtained an arrest warrant for the driver of the Toyota, 49-year-old Smyrna resident Brent Douglas Davis, and charged him with vehicular homicide in the first degree, a felony, and driving under the influence of alcohol, a misdemeanor.

Davis was taken into custody by Smyrna police just after the incident, but wasn’t booked into the Cobb County jail until the afternoon of Wednesday, Jan. 22, once his charges had been upgraded to reflect Wallace’s death. He remains in the county jail without bond on the two charges, his jail record shows.

According to police, both damaged cars were found near the driveway of the Highlands Grove Business Park.

Investigators said Davis was driving the Toyota west on Highlands Parkway toward the park, and Wallace, in the Chrysler, was exiting the business park and turning left onto Highlands Parkway eastbound when the collision occurred.

Police said Davis was driving at 54 mph in a 45 mph zone and had enough distance and time to stop or avoid the Chrysler, but he did not let off the accelerator and apply the brakes until approximately one second before impact.

Smyrna fire and rescue personnel cut the hinges off of the driver’s side front door of the Chrysler to extract Wallace from the wreckage, Davis’ arrest warrant states.

Officers on the scene of the crash noticed Davis was unsteady on his feet and staggering, had slurred speech and a heavy stutter, and smelled of an Arby’s sandwich and either breath mints or mouthwash.

He refused to submit to a field sobriety test and denied being drunk, police said. Davis was arrested and taken to the Smyrna jail, according to his warrant.

In the back of his pickup truck was a cooler with ice and an unopened beer can, in reach of the driver’s seat, as well as a gym bag with two unopened beer cans. Both breath mints and mouthwash were found in the front of the truck, alongside an Arby’s bag.

An online tribute to Wallace states he graduated from University of Georgia in 2016 and Augusta Medical College in May 2019, after which he completed exams to begin practice in physical therapy.

“On behalf of Dr. Tyler Wallace and his family, we are humbly asking for family, friends, and community support in raising funds for Tyler’s medical expenses, burial, and memorial service expenses,” the online tribute states. “The family will also contribute donations to Tyler’s future foundation that will be established in his name. Thank you for your support, love, and contributions during this transitional time.”

A GoFundMe page for Wallace was established by his sister six days ago and has already generated $28,850 of its $100,000 goal, with almost 400 people donating and over 4,000 people sharing the fundraiser on social media.

“As the parents of one of Tyler’s PT classmates, we know that Tyler was a really extraordinary young man. Beyond words, we are saddened by the tragedy of your loss,” one couple wrote on the page alongside their $100 donation.

Another woman donated the same amount, commenting that Wallace had been her physical therapist since June 2019. “I’ll remember him for his patience, professionalism, and passion for sport,” she said.

Other donors said Wallace was “caring and wonderful,” “a kind soul,” “a bright guy,” “inspiring,” “a hero,” and a “good friend.”

Druid Hills Physical Therapy donated $500 to the cause, stating “Tyler was an awesome physical therapist and an even better person. We are so lucky he was part of our team. We will miss our colleague and friend so much, and our clinic will never be the same.”

Wallace’s funeral will be held at Heritage Christian Church in Fayetteville at 10 a.m. on Saturday, Feb. 1, per the tribute.

More legislation is being pursued to further reduce distracted driving in Georgia, following the perceived success of the state’s hands-free law.

A Marietta man is in jail without bond, accused of snatching purses off several elderly women in the parking lots of shopping complexes in sou…

Sad the Dr who would have helped so many dies and the worthless drunk lives.