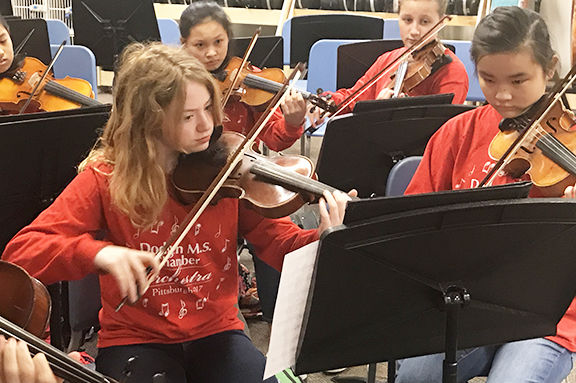 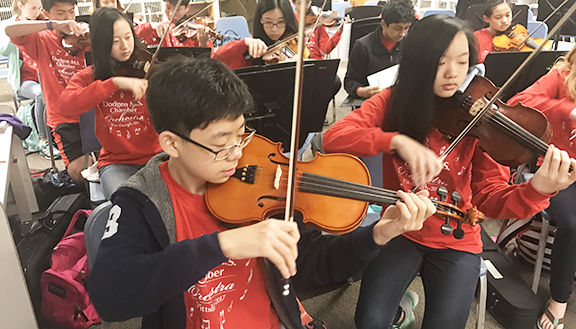 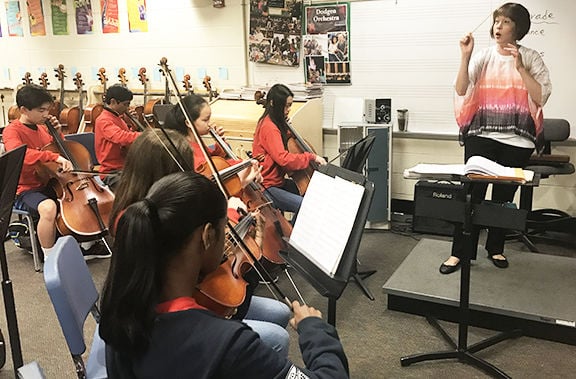 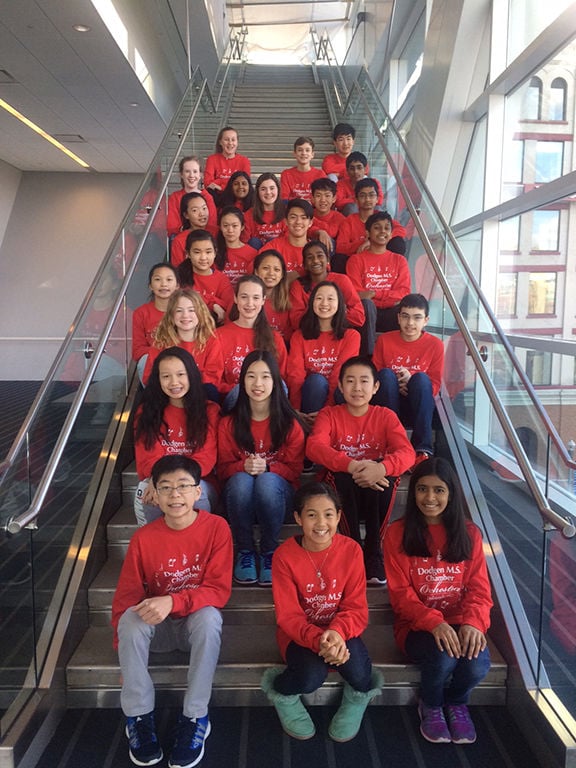 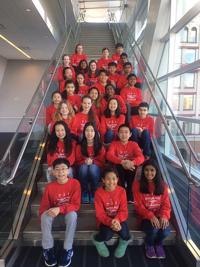 EAST COBB — For Dodgen Middle School eighth-grader Michael Wang, playing the violin to win a national competition is the “epitome of happiness.”

The three middle schools traveled from across the country to perform at the invitation-only competition in Pittsburgh, said Dodgen Middle orchestra teacher Ashley Culley.Dodgen was the only school in Georgia invited to perform.

Only 27 of the 375 Dodgen students enrolled in the school’s orchestra program are selected to join the prestigious ensemble that practices three days a week before school, she said. The ensemble includes violins, cellos, violas and bass players.

“When (the judges) said ‘Dodgen Middle School,’ we all started screaming. Some of us were crying,” said Jace, 13. “We all have put (our) time and dedication into this.”

Michael said it took a few days for the orchestra’s national victory to sink in because of its magnitude. He said the ensemble’s national title is the best way to end his three years as a member of the premier ensemble.