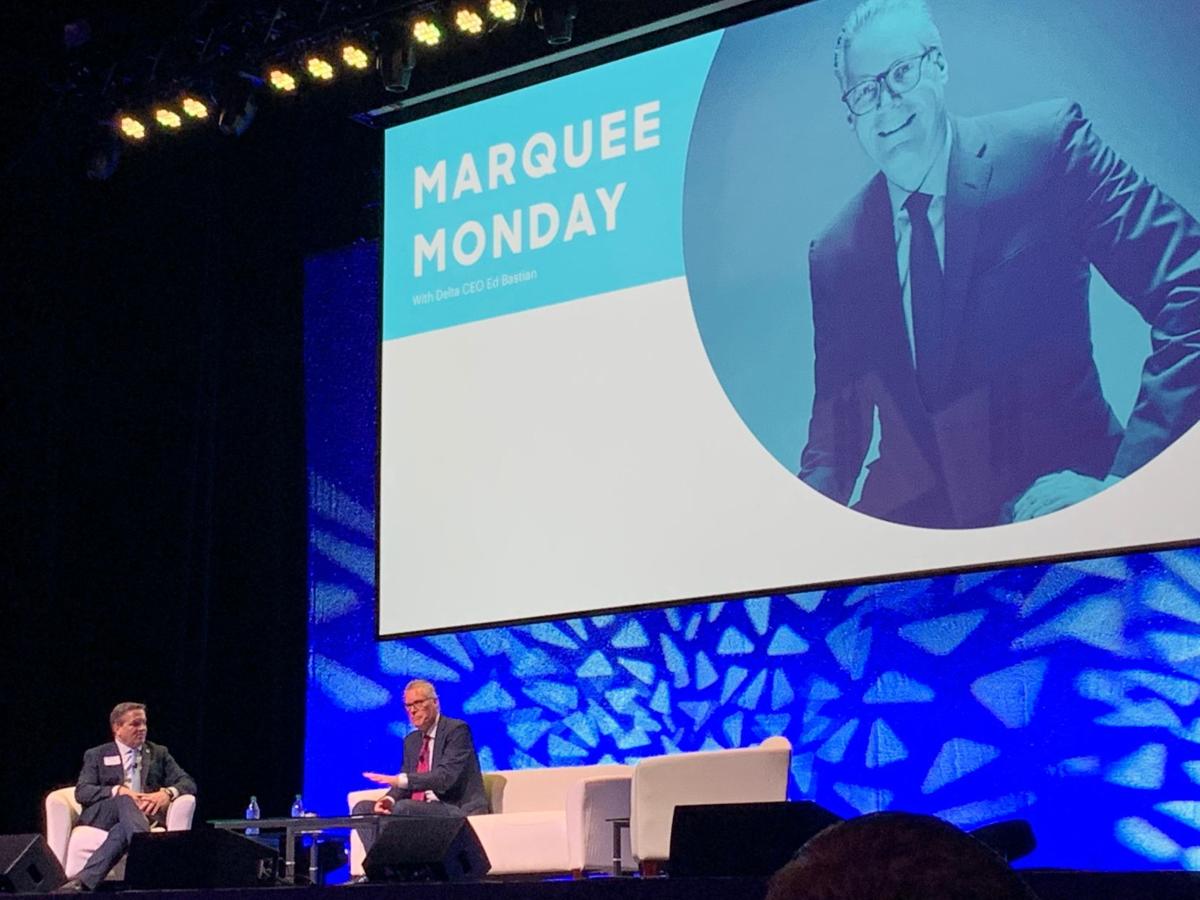 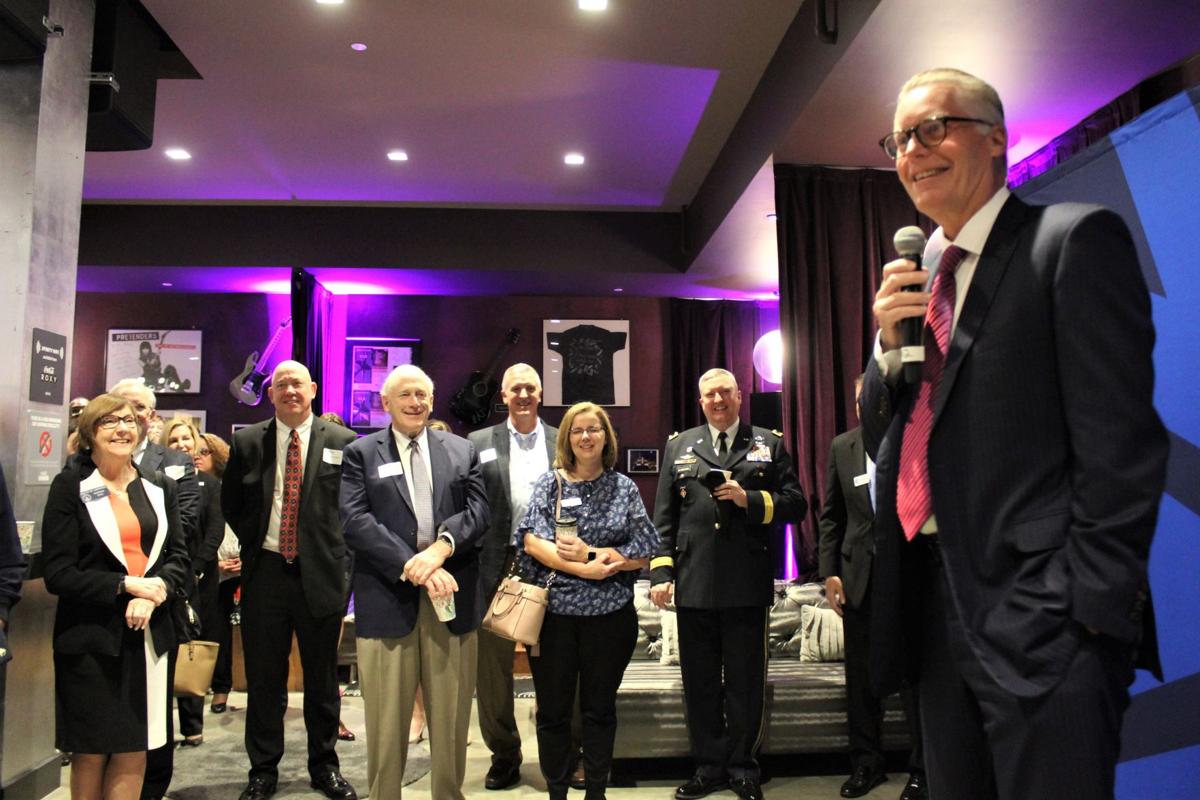 Delta CEO Ed Bastian, right, talks to the ‘Chairman’s Circle’ of the Cobb Chamber of Commerce at its monthly Marquee Monday event at the Coca-Cola Roxy in Cumberland on Monday. 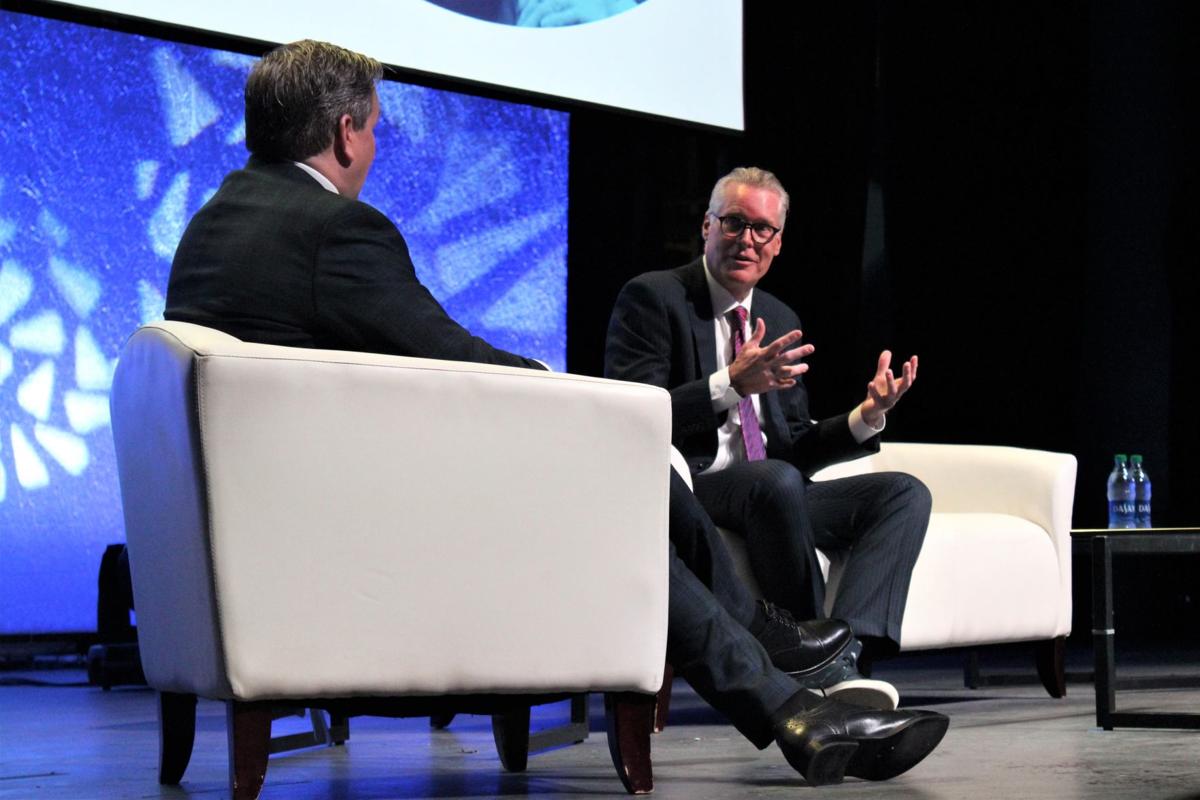 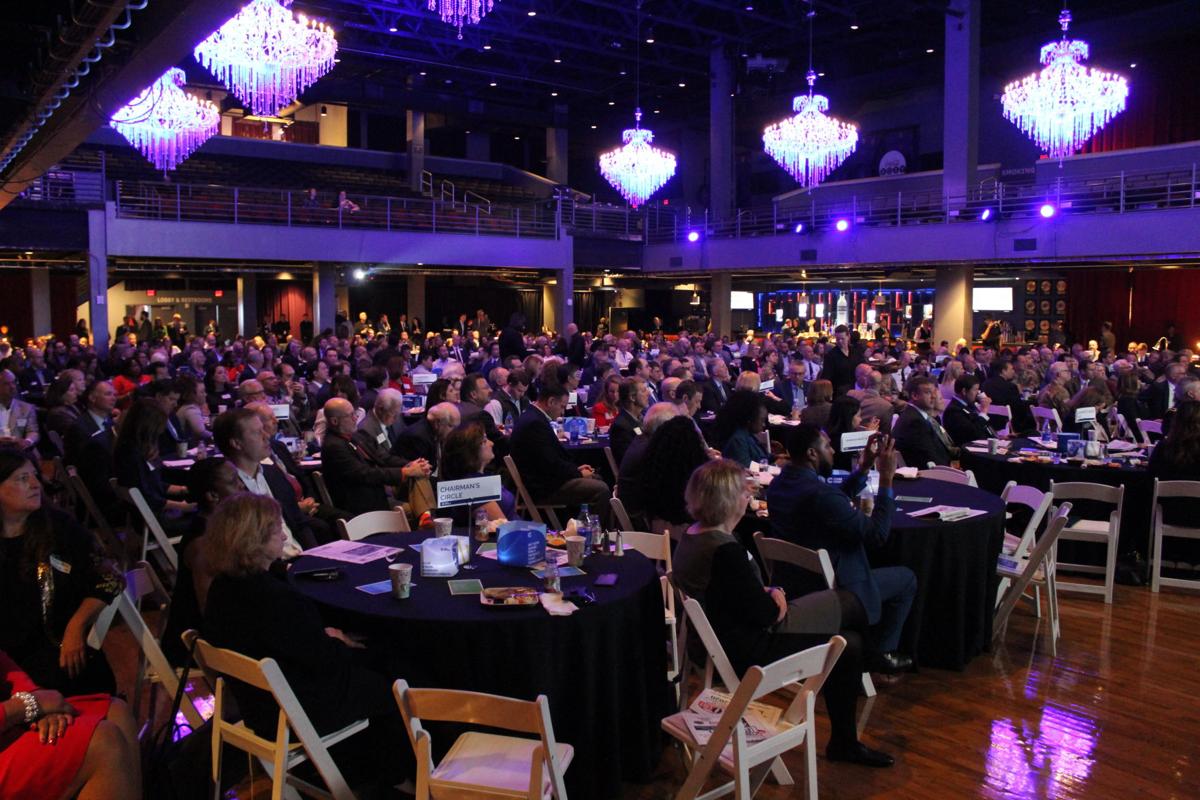 Cobb Chamber of Commerce members fill the Coca-Cola Roxy at Cumberland for their first Marquee Monday event of 2020 on Jan. 13.

Delta CEO Ed Bastian, right, talks to the ‘Chairman’s Circle’ of the Cobb Chamber of Commerce at its monthly Marquee Monday event at the Coca-Cola Roxy in Cumberland on Monday.

Cobb Chamber of Commerce members fill the Coca-Cola Roxy at Cumberland for their first Marquee Monday event of 2020 on Jan. 13.

CUMBERLAND — Delta Air Lines is riding high as a proud Atlanta-based company poised to report its best ever annual earnings Tuesday, according to CEO Ed Bastian, who was in Cobb County Monday to give business advice to around 500 Cobb Chamber of Commerce members.

Bastian, Delta’s CEO since May 2016, was the keynote speaker at the chamber’s first Marquee Monday event for 2020, held at the Coca-Cola Roxy in The Battery Atlanta at Cumberland.

Bastian, who used to live in Smyrna, wouldn’t give in to requests to reveal his company’s record profit a day early at the Cobb Chamber event, but said Delta is now the largest airline in the world, as far as revenues go.

“You know, really, the only terms that matter,” Bastian told the top chamber members in a private, standing-room-only ‘Chairman’s Circle’ event at the Roxy’s VIP lounge, before sitting down for a Q&A breakfast attended by around 450 chamber members inside the concert venue. “It will be our best earnings that we’ve posted, so we’re very excited about that.”

Bastian did offer an idea of Delta’s 2019 profits, by explaining the company’s annual revenue sharing with its staff.

Each year on Valentine’s Day, Delta gives its “frontline” employees around 15% of the company’s annual profits, which this year will amount to about $1.5 billion, he said.

“For the average employee, it’ll be about two months of pay,” Bastian said. “I always tell people Valentine’s Day is the best day to fly Delta, because everyone’s happy.”

This is the sixth year in a row Delta’s profit sharing with staff will exceed $1 billion, and Delta is the only airline in the world doing this, Bastian said.

Delta flew over 200 million people last year, he said, and the company grew about 7%.

“From a business standpoint we’re doing very well and hopefully 2020 will be even better, Bastian said. “We’re heavily geared toward the U.S. consumer, it’s about 70% of the overall business we have. And to see a $50 billion company, because that’s what our top line is, growing at 7%, that’s very healthy.”

He credited the global company’s core values of honesty, integrity, trust, respect, perseverance and, above all, servant leadership for its success.

“I’ve been a student of leadership throughout my entire career and, for me, it really is servant leadership,” Bastian said. “It’s about serving your people so they can do a better job of serving our customers. It’s about taking care of our people. You’ve to have their back and be supportive of them. Servant leadership is at the very core of what we do. It never gets old. You can always find a new way to serve.”

Bastian also cited Delta’s efforts to turn problems into positives, citing one example when flight delays due to electrical difficulties kept parents from attending their children’s first day at kindergarten. Airline staff sent packages and notes to the children on behalf of the parents, Bastian said, and it paid off when the gesture was shared via social media.

“How do we turn a bad situation into something we will never forget?” he said. “I embrace social media and encourage everyone to look for the good.”

This year Delta is also planning to give almost $60 million to community initiatives, in keeping with its annual pledge to donate about 1% of profits to charitable causes.

Bastian said his vision for 2020, as it relates to Cobb, includes “shining a light” on Dobbins Air Reserve Base and its local and national importance, as well as working with the Cobb and Marietta college and career academies set to open in coming months.

There is a looming pilot shortage, Bastian said, and other aspects of the aviation industry, like mechanics, also need more trained young people entering the profession.

“We’ve been having several discussions with the governor’s office about this,” he said.

Technology innovation is also a key factor of Delta’s growth and development, Bastian said, citing a time in the near future when the airline will be able to offer to collect luggage from a customer’s home or departure location and have it waiting at their destination before they arrive.

“We’re working hard to get an expanded security process and hope to have that open and flowing effectively next year,” he said.

Seventy years ago, Cobb County had so much land that large plots for sale generated little interest — even at the bargain price of $70 an acre…

One of a kind: Smyrna stables boast unique history of family ownership

SMYRNA — On Hurt Road in unincorporated Smyrna, a few miles from the city’s center, is GB’s Stables, a family-owned and operated commercial eq…