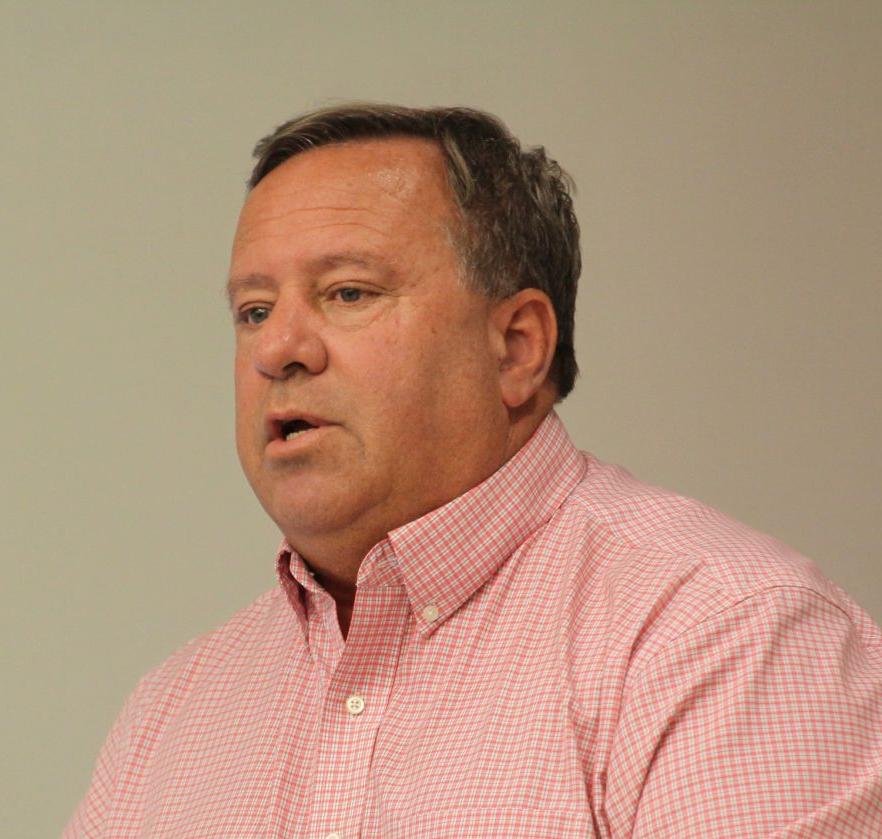 Mike Boyce just wanted to wish everyone a happy Thanksgiving.

The county chairman just had to wait for his colleagues on the county’s governing board to wrap up their end-of-meeting comments Tuesday night. Commissioner Bob Ott mentioned a podcast he was launching. JoAnn Birrell thanked someone for adopting a dog. Keli Gambrill shared a video about a veteran who won a new roof.

South Cobb Commissioner Lisa Cupid took a different tack, slamming them and the chairman for a decision they made only hours before.

Tuesday morning, the board voted 4-1 to allow Baldwin Paving Company to withdraw an application for a special land use permit that would allow it to crush concrete on land it leases from the family of state Sen. Lindsey Tippins, R-west Cobb. The land is in south Cobb near the Silver Comet Trail and south of the intersection of Powder Springs Road and the East West Connector.

According to county staff, Baldwin Paving has been crushing concrete on the spot since 2014 without a required special land use permit from the county. The U.S. Occupational Safety and Health Administration says crushing concrete can create small particles that can be breathed in and cause health problems.

Cupid did not want to grant Baldwin’s request to withdraw the application “without prejudice,” which would allow it to bring the issue before the board at a later date.

Ott made a motion to accept the request. That it passed meant there was no hearing on the matter and the 13 who came to oppose the plan did not have the opportunity to speak.

“What happened today only reinforces the thought that this board does not care and regard the residents of District 4,” Cupid said Tuesday night. “When they don’t have the opportunity to address this board and they are told what they will share will not make a difference, everything that I have worked hard for in the past seven years to try to dispel by working with these commissioners, by working being an advocate, by showing we are a team, (it) has been undermined and I cannot understand it and it only reinforces the desire for cityhood in south Cobb when they do not feel like they have representation.”

She also singled out Ott, with whom she exchanged words at Tuesday morning’s meeting.

“I have been a part of a matter regarding Sterigenics in an adjacent district to help address, with great sensitivity, concerns that a community has about cancer-causing agents being emitted into their community,” Cupid said. “But this community didn’t have the opportunity to address this with the board today. Their concerns about safety were addressed inequitably, without them having a public forum to talk about that. And I am disappointed that the commissioner that leads that area did not treat those citizens as sensitively as I have treated his.”

“Well,” he began, “I was just going to wish everyone a happy Thanksgiving, but I could not disagree with Commissioner Cupid more.

“(Baldwin Paving Company) also have their rights, and as a professional courtesy this board has always in the past honored that if someone wants to withdraw it,” he continued. “I sincerely believe this board as a whole has no particular animosity to any other district. Any district in this county, I think our record is perfectly clear: at least in the three years that I’ve been the chairman, we’ve done a great job supporting all the commissioners, regardless of what their projects (are). And if we don’t, we have a full, informed discussion about it.”

Boyce said the character of the board should not be marred by one disagreement and praised the board for otherwise finding a way to reach agreements despite their differences.

“And with that I wish everyone a happy Thanksgiving,” he said.

Lisa Cupid is your typical democratic candidate. Have Cobb county pay for her district. Exactly why east cobb wants to annex out. Just like Alpharetta, Milton ,sandy springs,

Except a zoning hearing provides 10 minutes for each side to be heard on a specific zoning. It is not a forum to "be heard". After almost 6 years of operations someone finally called code enforcement. Good. Code enforcement cited them and they had to stop until getting the SLUP. Good. Applicant withdrew the application which means operations remain stopped indefinitely. Good. The neighbors got what they wanted because the applicant knew they likely could not get 3 votes. it was a surrender without firing a shot. And folks are mad because they didn't get their 10 minutes of CobbTV fame?