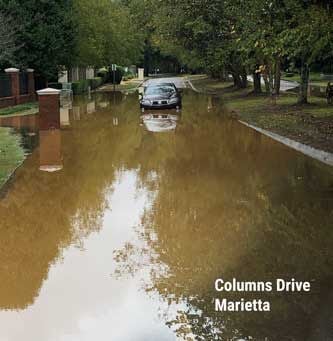 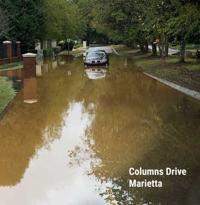 County roads flooded over the weekend due to remnants from Hurricane Delta. 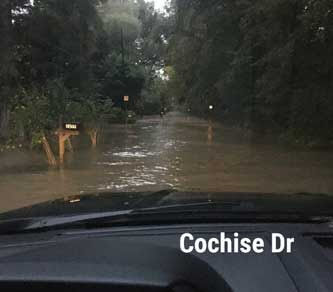 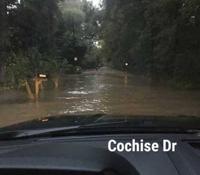 County roads flooded over the weekend due to remnants from Hurricane Delta.

Hurricane Delta may have made landfall in Louisiana, but its effects were felt as far away as Cobb, where weekend rain flooded roads around the county.

As of Monday morning, all county roads were reopened and flash flooding watches have expired, according to a county spokesperson. An overcast morning eventually gave way to a warm, sunny afternoon, and by the time the sun had set there was hardly a cloud in the sky over Marietta.

Four inches of rain fell on parts of Cobb over the weekend, closing Cochise Drive, Woodland Brook and Columns Drive, according to a Sunday news release. Areas near the Chattahoochee River took the biggest beating, the release noted.

Cobb DOT crews responded to 23 calls related to the rains, including five to remove trees blocking roadways. Meanwhile, the county’s fire department rescued several people whose cars had been submerged in floodwaters.

AROUND TOWN: Brouhaha in the 34th; Which party is voting early?

COVID all too common among probate judges, with 15 infected, 3 dead

Have you seen this Buckhead kidnapping/robbery suspect? If so, call the police