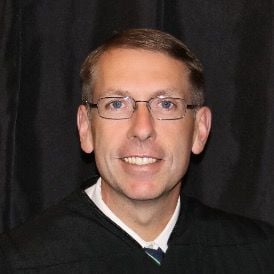 Cobb Commissioners will try to fix a mistake they made earlier this month when they voted to give Superior Court judges and the district attorney a raise despite a state law barring them from doing so.

The commissioners will decide whether to annul that vote at their Tuesday meeting.

Superior Court judge pay comes from a combination of a state salary and a county supplement meant to compensate for the higher caseloads and higher cost of living in places like Cobb or Fulton counties.

In 2015, state lawmakers wanted to narrow the gap between the lowest- and highest-paid judges. So they capped the county supplements at $50,000. Any Superior Court judge, district attorney or public defender making more than that could no longer receive a raise on their supplement.

Cobb’s Superior Court judges and district attorney were both earning a supplement of about $75,000 before the Oct. 8 vote to give them a 4% raise. Voting for the raise were Chairman Mike Boyce and Commissioners JoAnn Birrell and Lisa Cupid.

“Everybody missed it,” Boyce said of the law capping supplements. “I mean everybody. The good news is we caught it before we paid out any money.”

But it seems the county hasn’t closed the door on giving its Superior Court judges more money.

“In light of this relatively recent legislation and the Constitutional provisions at issue, it appears there is additional research necessary to determine whether the proposed salary adjustment can be given,” according to the agenda item.

In a letter to Boyce and County Manager Rob Hosack, Superior Court Chief Judge Reuben Green says the raise may not have been illegal after all.

All county employees were given a 4% raise in the 2019 budget. Commissioners disagreed whether the raise should apply to judges’ county-funded supplement or to their entire salary. The vote in October was to apply the raise to their combined state and county salaries.

Commissioners are not expected to address, however, a raise the judges were given in December 2016, only months after the law capping supplements was passed.

Since then, those 10 judges have each been paid about $2,200 more than they were supposed to earn each year, almost $60,000 total. The county’s lawyers are now trying to figure out what to do.

Boyce reiterated on Friday that was a problem the county attorney is trying to sort out.