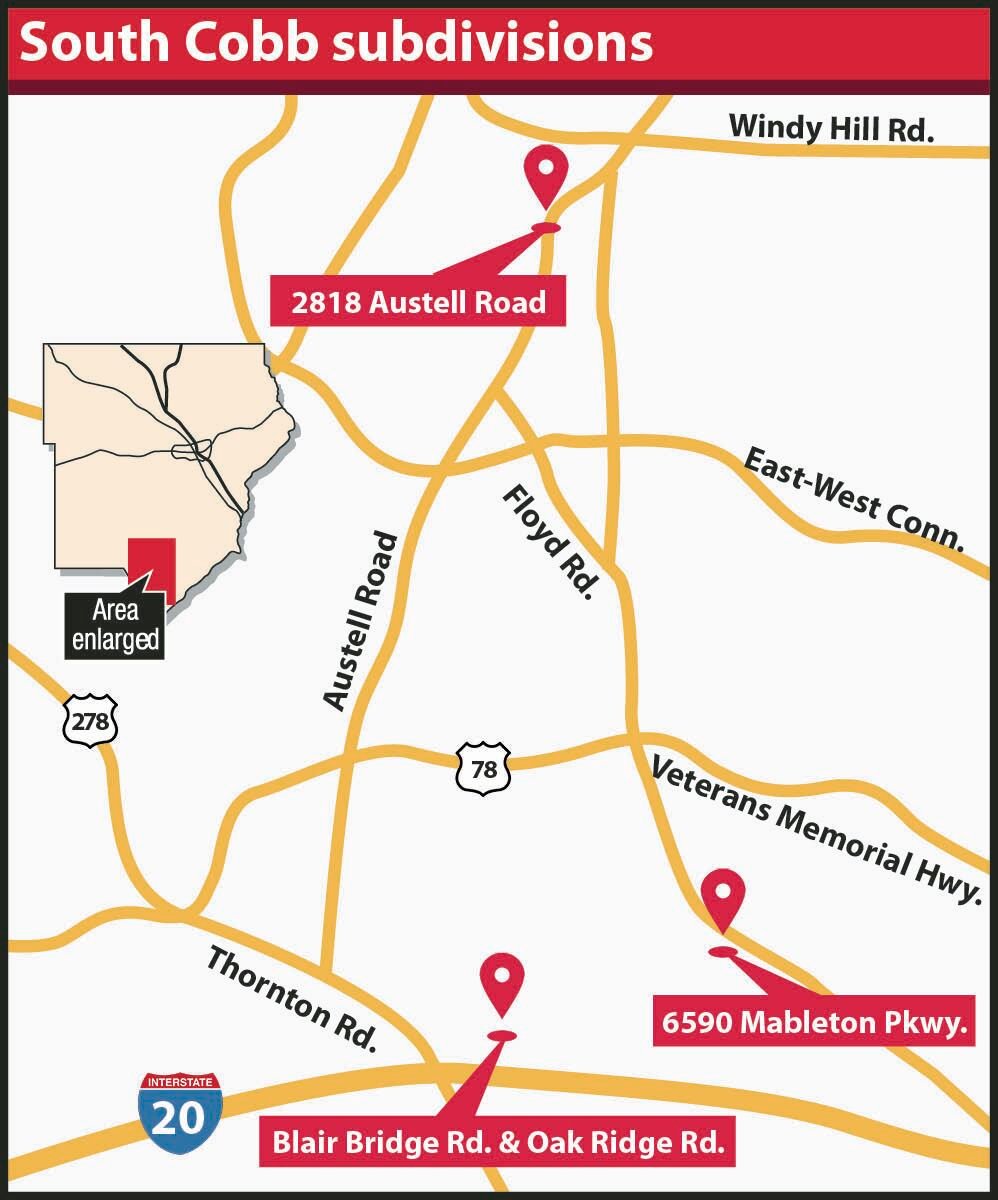 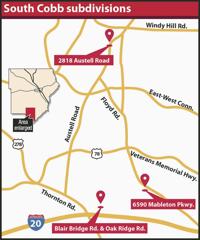 At its monthly zoning hearing Tuesday, the Cobb Board of Commissioners will consider three separate south Cobb subdivisions with a combined footprint of 180 townhomes. 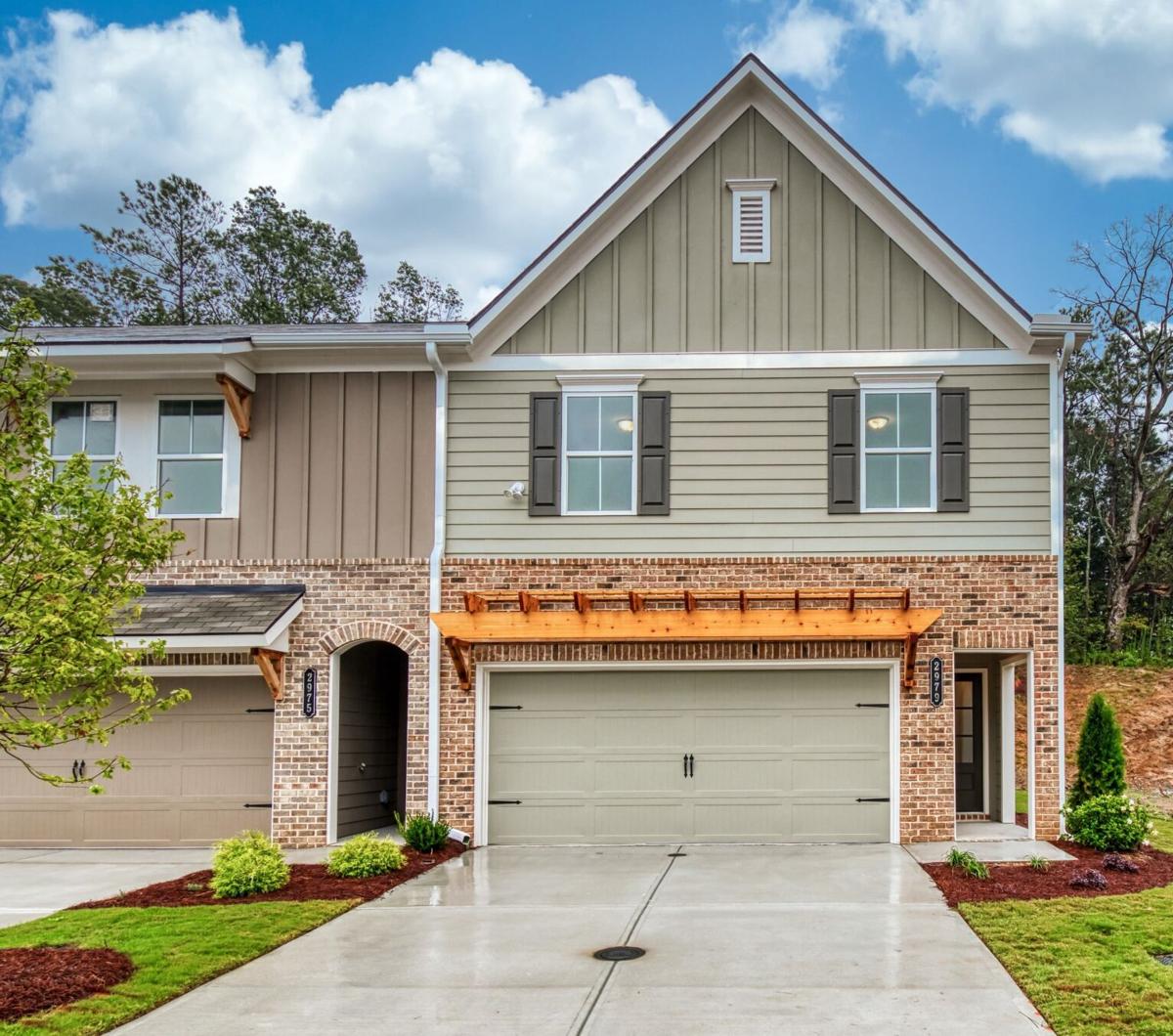 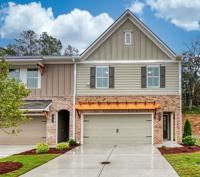 Traton Homes LLC says the homes at a 36-unit townhome development at 2818 Austell Road will resemble those of a neighboring subdivision, Edgemoore at Milford, pictured here.

At its monthly zoning hearing Tuesday, the Cobb Board of Commissioners will consider three separate south Cobb subdivisions with a combined footprint of 180 townhomes.

Traton Homes LLC says the homes at a 36-unit townhome development at 2818 Austell Road will resemble those of a neighboring subdivision, Edgemoore at Milford, pictured here.

Three south Cobb townhome developments with a combined footprint of 180 homes will be among the largest projects considered at the Cobb Board of Commissioners’ zoning hearing Tuesday.

First up is a 51-unit subdivision located at Riverside Parkway and Blair Bridge Road, about 2.5 miles down the road from Six Flags Over Georgia. Spearheaded by Kerley Family Homes — which has built developments across the metro area, from Loganville to Kennesaw to Fairburn — the proposal faced opposition from neighbors in its early stages, who objected to the wooded lot being developed.

“Primarily, it was the number of units that the community had an issue with,” said Commissioner Monique Sheffield, who represents the area. “And some of the emails that I received from the neighboring subdivision (had a) concern with wildlife.”

Added Planning Commission Chairman Galt Porter: “Some people didn’t want development there, which we can’t tell somebody they can’t develop their property … Often we hear that, ‘We want it to stay woods, and there’s wildlife in there, et cetera.’”

After working with Kerley and their attorney, Kevin Moore, Porter said the Planning Commission added additional buffer requirements for the property so as to give neighbors a bit more breathing room.

The board will also consider a nearby subdivision on Mableton Parkway, which was moved forward by the Planning Commission two weeks ago after being held in March. Attorney Garvis Sams, who represents Loyd Development Services, said last month the project would bring much needed “rooftops” to the area.

Porter had been critical of the proposal in its first iteration, noting that while the developer claimed they couldn’t justify the cost of installing a pool and clubhouse, the planned private streets would be even more expensive to maintain.

“One of the big things that we push for (is) even if they want private streets on smaller developments, that they build them to public standards,” Porter said.

“We’ve had a lot of communities come back over the years and say, ‘We can’t afford to maintain the streets. We want the county to take them.’ The problem is if they aren’t developed to standards, the county can’t take them.”

The latest version of the plan has revised the street standards to conform with existing county regulations. Additional amenities, including a playground, clubhouse, and dog park have been added as well in response to Porter’s concerns.

Finally, Traton Homes has proposed 36 townhomes on Austell Road, between Windy Hill Road and Milford Church Road. Traton said in a letter submitted to the county the homes will be similar in design and materials to the nearby Edgemoore at Milford development, a 94-unit property where homes start in the low $300,000s.