The McEachern Village development, seen here in a rendering, is already under construction; 144 apartment and town home units, the vast majority of them set aside for low-income seniors, will come online in the spring of 2020. 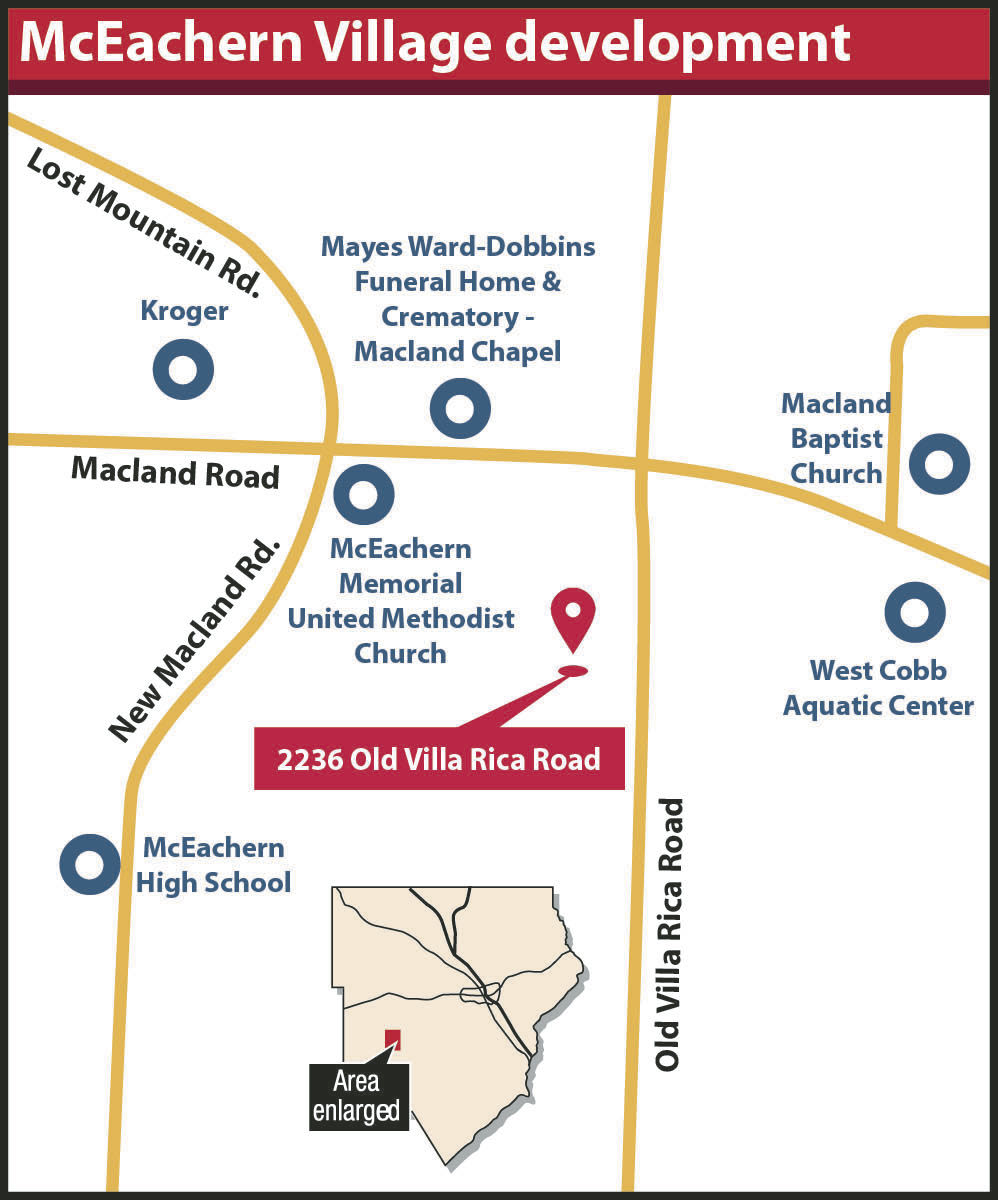 The McEachern Village development, seen here in a rendering, is already under construction; 144 apartment and town home units, the vast majority of them set aside for low-income seniors, will come online in the spring of 2020.

County commissioners effectively nixed 164 units of affordable senior housing Tuesday night when they denied a developer’s request for bonds that would have financed the project.

Opponents of the project applauded when south Cobb commissioner Lisa Cupid made a motion to deny the bonds.

Cupid said the county needs affordable housing. But approving the bonds would have added 164 units, a mix of apartments and town homes, to the 144 the developer is already building on the site in Powder Springs. Denying the bonds and capping the development at 144 units was a compromise solution, Cupid argued.

Commissioners voted 4-1 to deny the bonds. Chairman Mike Boyce, citing the dearth of affordable housing in Cobb, was the lone vote against Cupid’s motion.

State Rep. David Wilkerson, D-Powder Springs, attended the meeting. Earlier this month, he spoke in opposition to the project.

“Do you need to plop 300 (units) in a community without any input and have the taxpayers subsidize it?” he asked at the time.

According to state law, the Marietta Housing Authority, one of the project’s developers, isn’t bound by normal zoning procedure; it can build whatever it wants on any land it owns.

The first phase of the development, known as McEachern Village, broke ground this spring. Residents began to complain, Cupid said. Many were blindsided by the construction, of which they hadn’t received prior notice, she added.

Pete Waldrep, executive director of the MHA, said letters were mailed to everyone living within 1,000 feet of McEachern Village to inform them of the project’s second phase. Community meetings were organized to solicit feedback, including one on Oct. 8.

Commissioner Bob Ott of east Cobb also voted to deny the bonds, but with reservations. He agreed McEachern Village was too dense, but said it wasn’t right to “move the goalposts” by holding the developers to a new standard — that of the county’s zoning ordinance — as Cupid suggested she was doing when she made her motion to deny.

West Cobb commissioner Keli Gambrill took a different tack, saying documents filed by the developers suggest it wasn’t going to be used for senior housing but for family housing, something that would negatively impact the area’s overburdened schools.

Chairman Mike Boyce said he was “torn” between opponents’ fear of McEachern Village’s impact on their community and his pledge to fight homelessness and expand affordable housing options.

“I think I’m just going to have to go with what I believe is, perhaps, not the most popular thing to do,” Boyce said. “I was elected to make the hard calls.”

Congrats to the 4 Commissioners who voted NO! Commissioner Cupid for considering the thoughts of residents nearby the project. Thanks for listening!

Commissioner Gambrill for considering if adequate education facilities are available to support the additional requirements posed by family housing. Seems to me as though the BoC and the BoE don't talk with each other.

Possibly to be continued as a LTTE.

Congrats to the 4 Commissioners that voted NO! They listened to their constituents