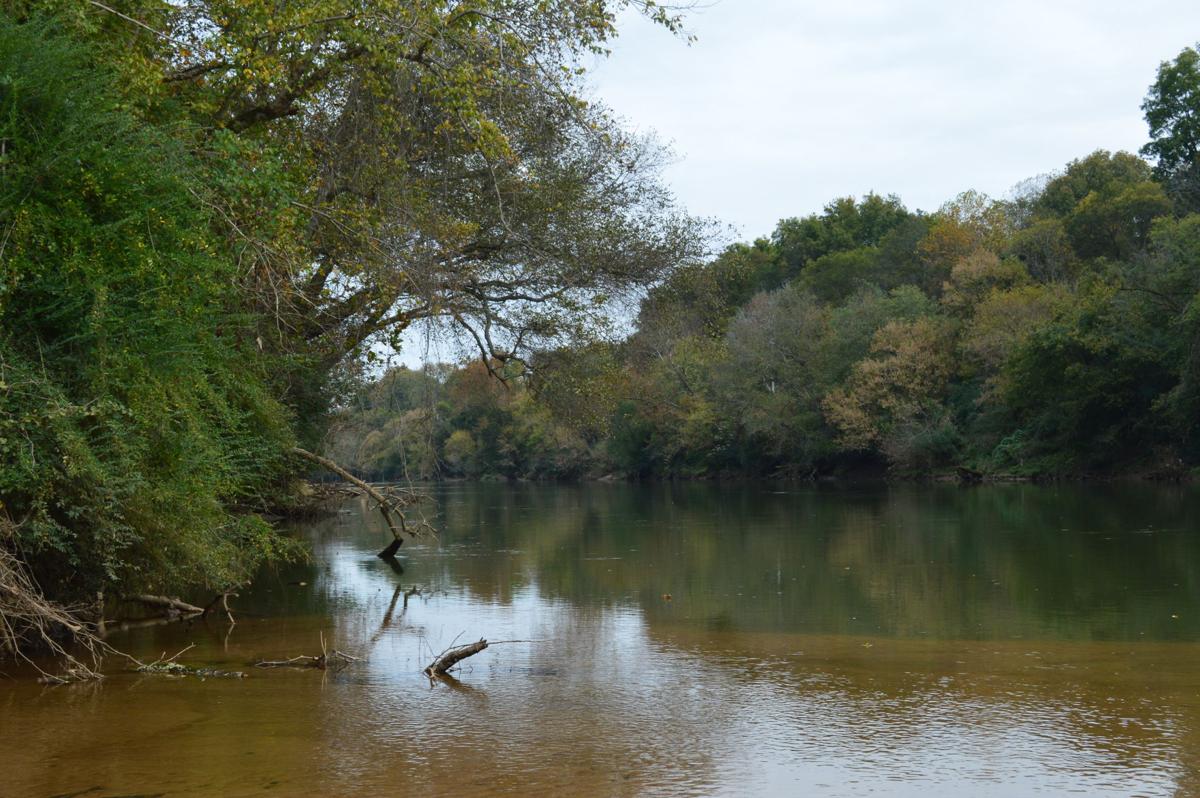 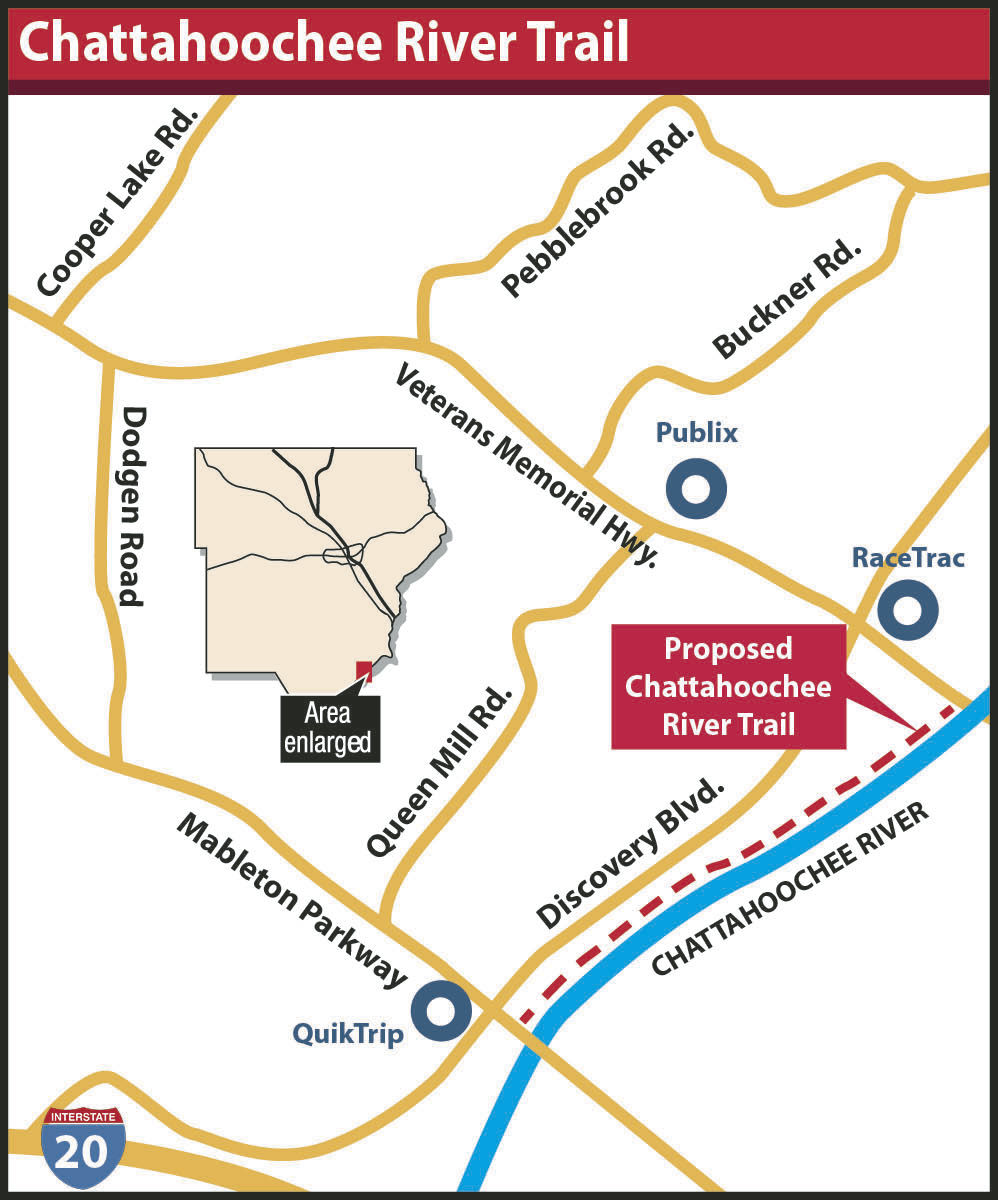 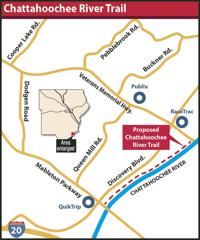 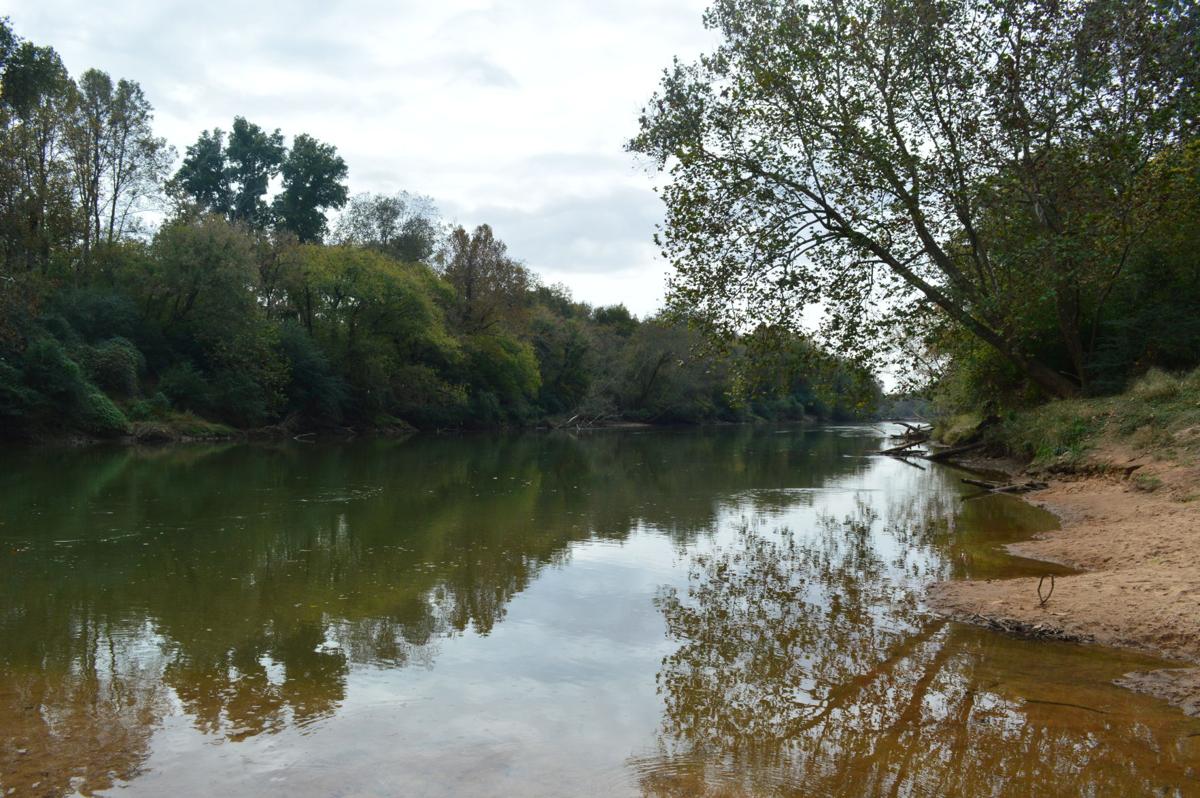 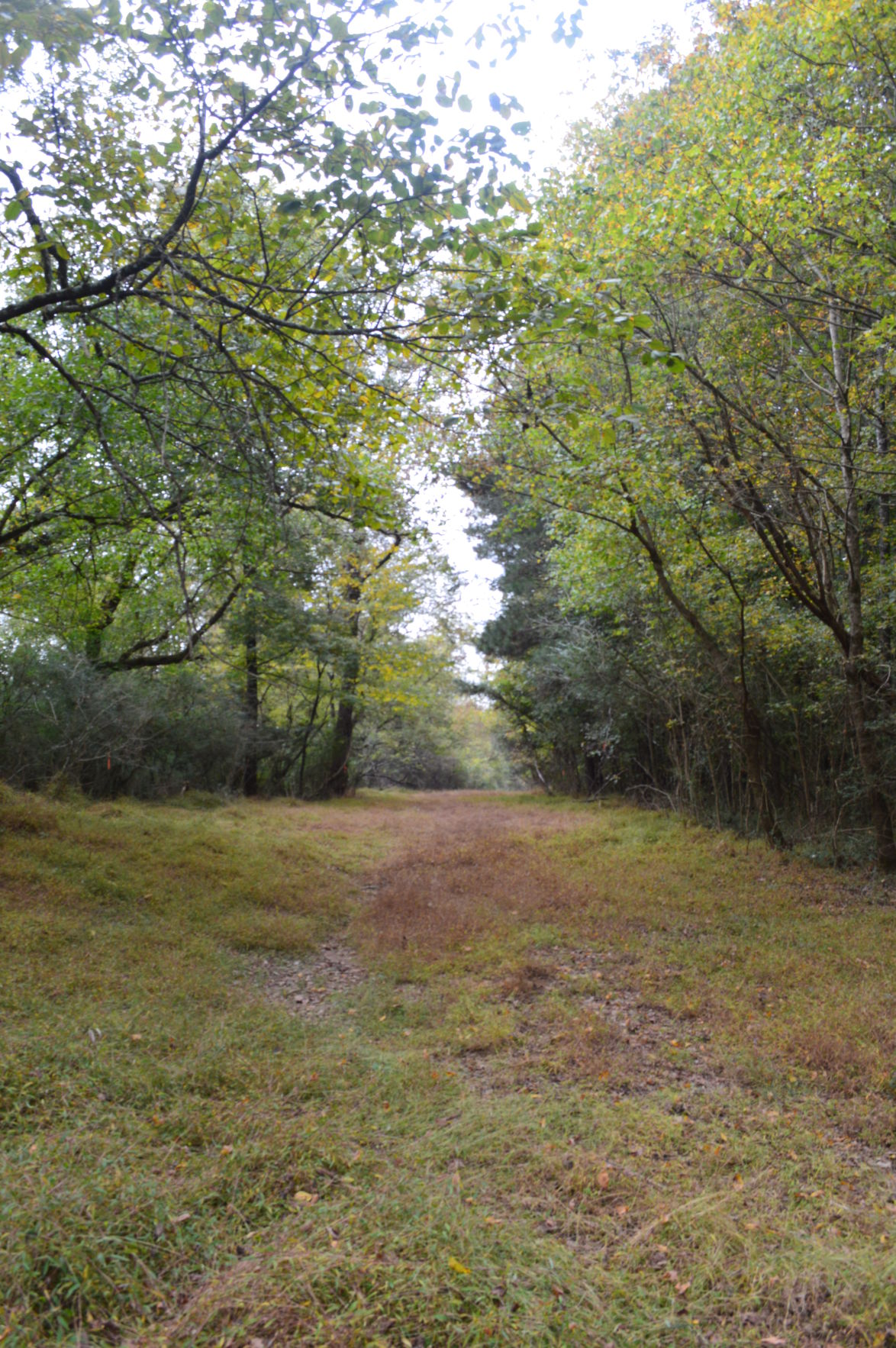 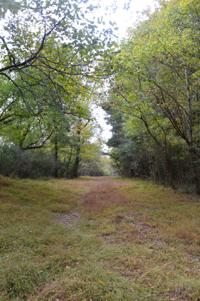 The county is considering building a proposed 2.4-mile trail along the Chattahoochee River.

The county is considering building a proposed 2.4-mile trail along the Chattahoochee River.

Proponents of a proposed 125-mile park along the Chattahoochee River hope it will “bring people to the water’s edge, promote stewardship and conservation of the river, and reveal the subtle magic of the Chattahoochee to all.”

If the park eventually comes to fruition, it likely will have been born in Cobb County.

The Chattahoochee RiverLands project, a collaboration between the county, the city of Atlanta, the Atlanta Regional Commission and the Trust of Public Lands, would span from Buford Dam in Forsyth County to State Bend Park in Coweta.

Tuesday, the Cobb Board of Commissioners approved a first draft of the Chattahoochee River Trail, which has been tagged as a “pilot site” for the RiverLands project.

Once complete, a 2.4-mile trail would span from Mableton Parkway to Veterans Memorial Boulevard and connect to the forthcoming Discovery Park at the River Line.

The board voted 3-2 to approve the trail, with commissioners Bob Ott and Keli Gambrill opposed. Ott said he could not support the plans, which have the county footing the bill.

The estimated cost of the project is $12.3 million, which includes $1.5 million already approved by the board for planning and engineering.

Approval of the plan does not mean the park will be built, according to county Chairman Mike Boyce.

“It’s kind of like (when) you have a master plan with your parks,” he said. “You have the master plan and then you have to go and find the money somewhere else.”

County spokesman Ross Cavitt said the plan the board will consider “represents the ideal concept of the trail” and the “the likelihood of the project being built as designed” is “very low.”

According to a report from the Cobb Department of Transportation, the 2.4 mile trail would provide “unprecedented access to the portion of the river south of I-285.”

A brochure from the cross-jurisdictional team behind the RiverLands project goes into more detail.

The Chattahoochee River Trail will “serve to test and demonstrate goals, design strategies, and material applications developed for the broader (RiverLands project),” the brochure notes. “While grounded in local context, the Pilot Project is also being developed as a regional destination which will showcase the potential of the entire RiverLands Greenway.”

About 1.7 miles would be paved and be accessible by foot or bike. Another 0.7 miles of “rambles” would be unpaved.

The plan envisions “nooks” scattered along the trail to be used as gathering places for friends, launch points for kayakers and outdoor classrooms.

In November, standing at the site of one of the proposed nooks, Eric Meyer, the county’s planning division manager, said that stretch of the river “up to 20 years ago ... was an open sewer” due to industrial effluent.

A long period of recovery has seen the return of wildlife and recreation, including fishing and canoeing.

South Cobb Commissioner Lisa Cupid said approval of the plan would bring the trail one step closer to realization.

“I do think it’s exciting to have Cobb featured in the initial phase of this, and particularly the southern part of the county,” she said, adding that it would be a “great amenity for those that live in the area and beyond.”

Cobb County will put up $100,000 to fund its share of a $1.5 million project to plan and engineer about 6 miles of trail along the Chattahooch…

Santa Claus will make an early stop at Avalon

State moves to save pristine coastal tract from development