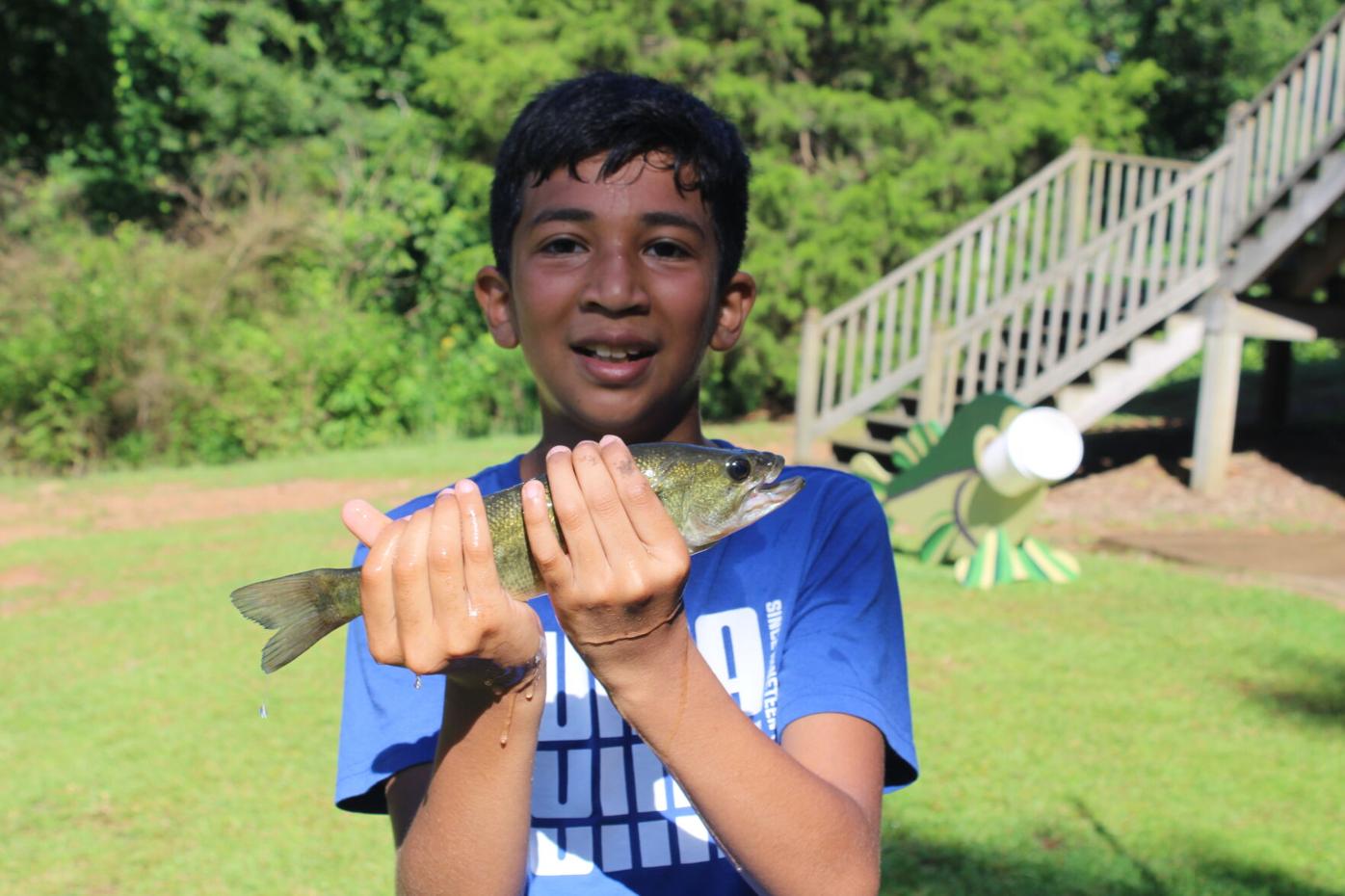 Francisco Diaz holds one of the four fish he caught Saturday at the District 3 fishing rodeo in east Cobb. 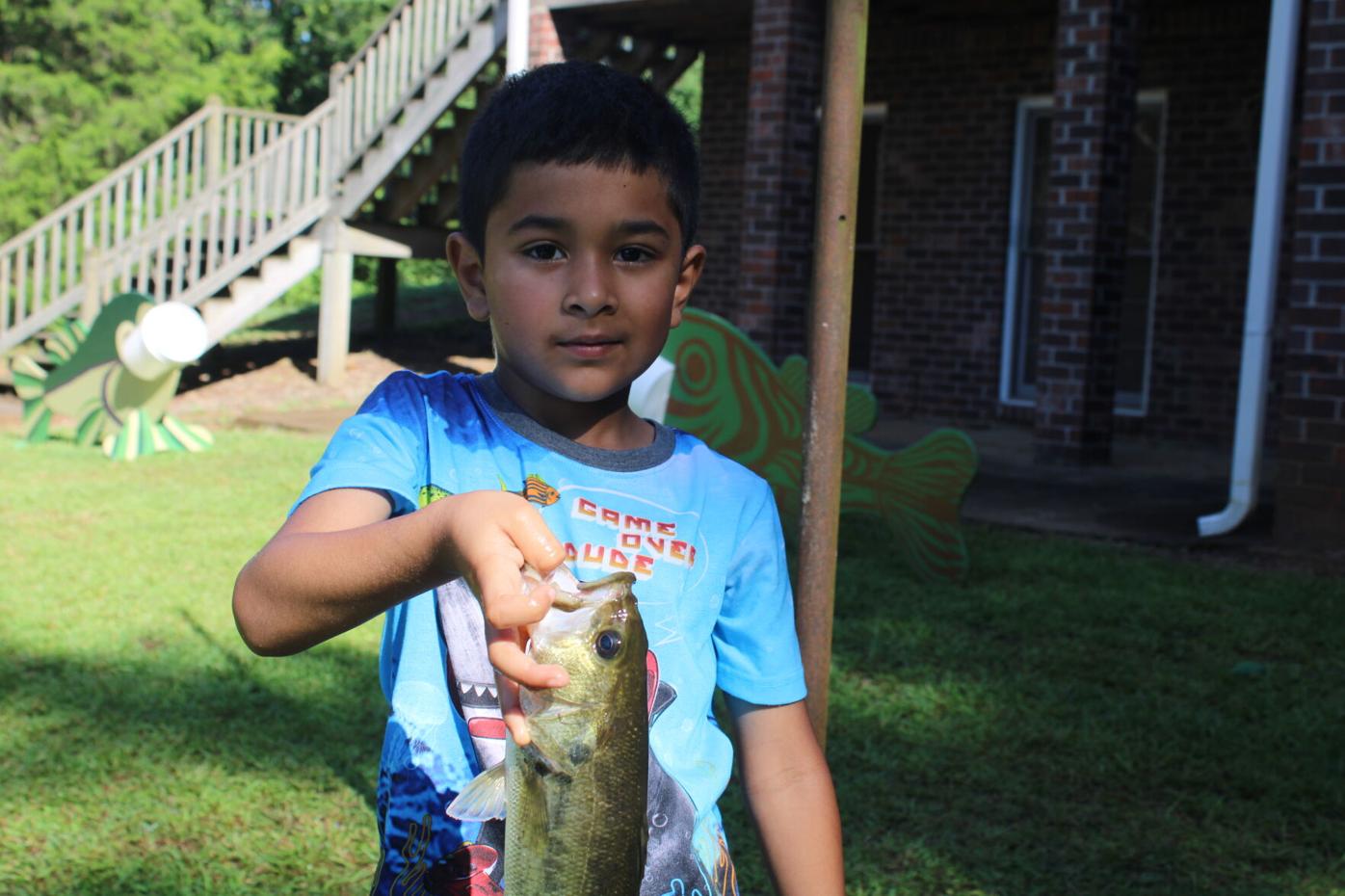 Angel Martinez shows off his catch at the District 3 fishing rodeo in east Cobb Saturday. Martinez finished in second place in the competition. 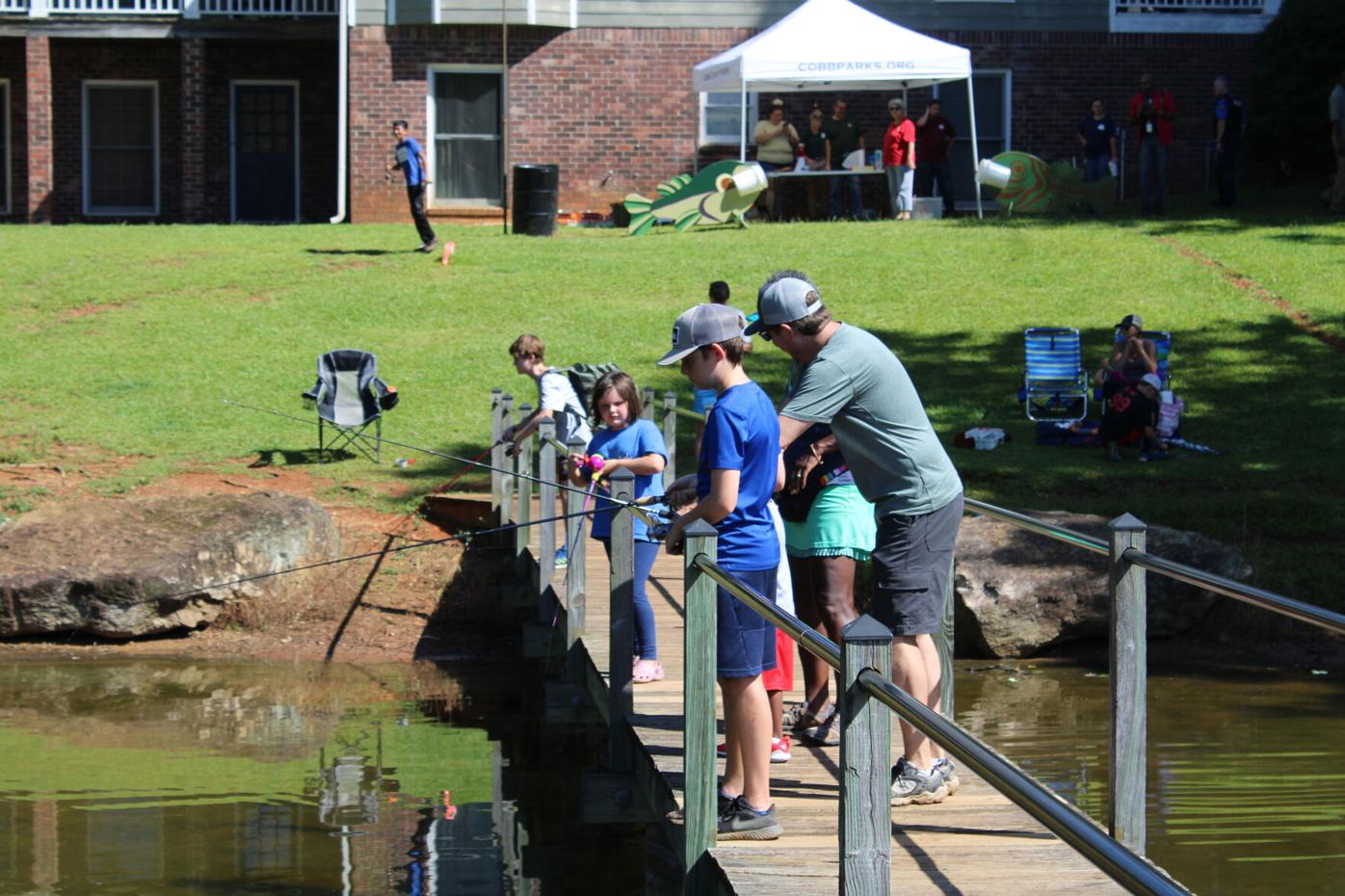 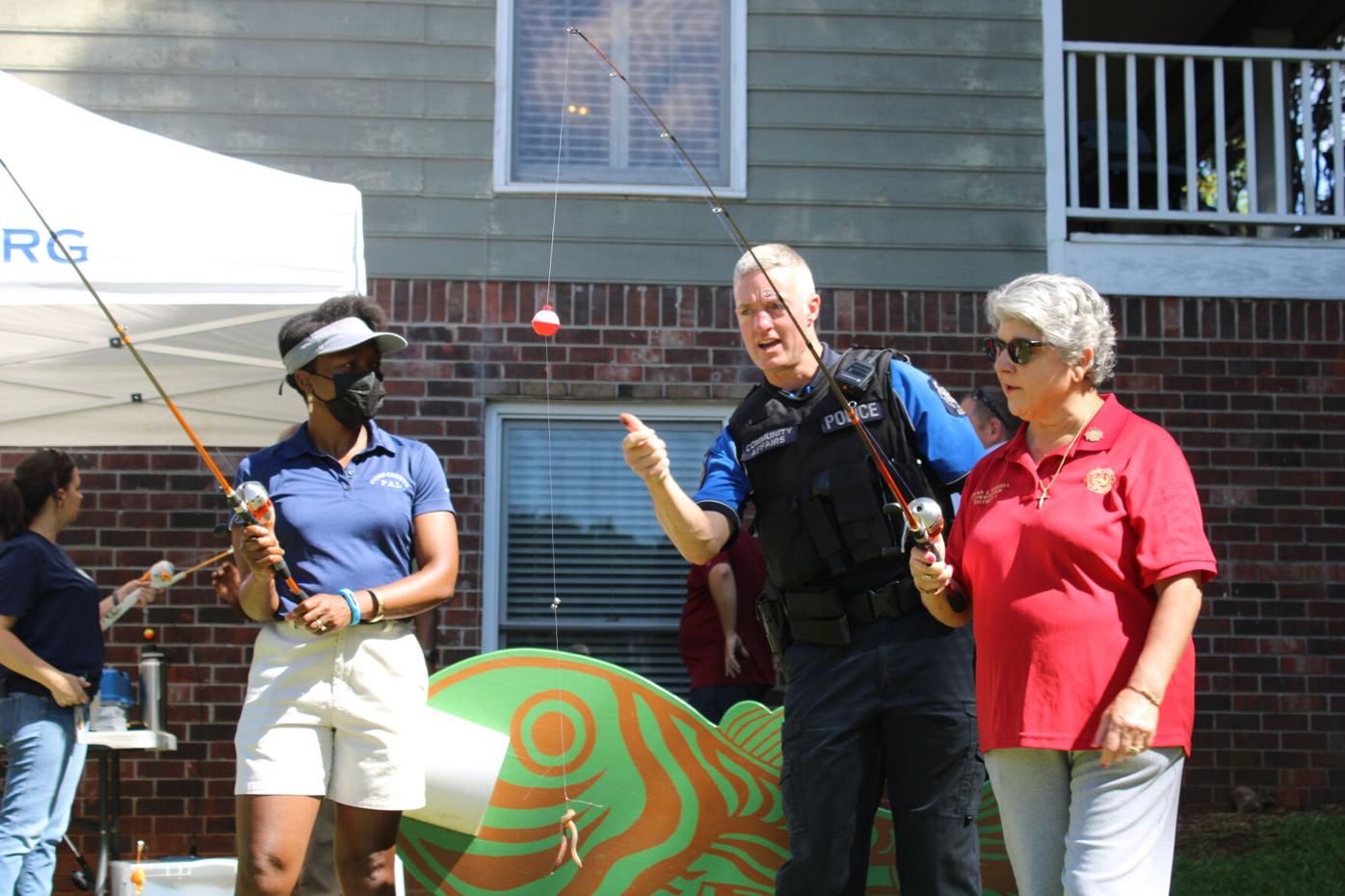 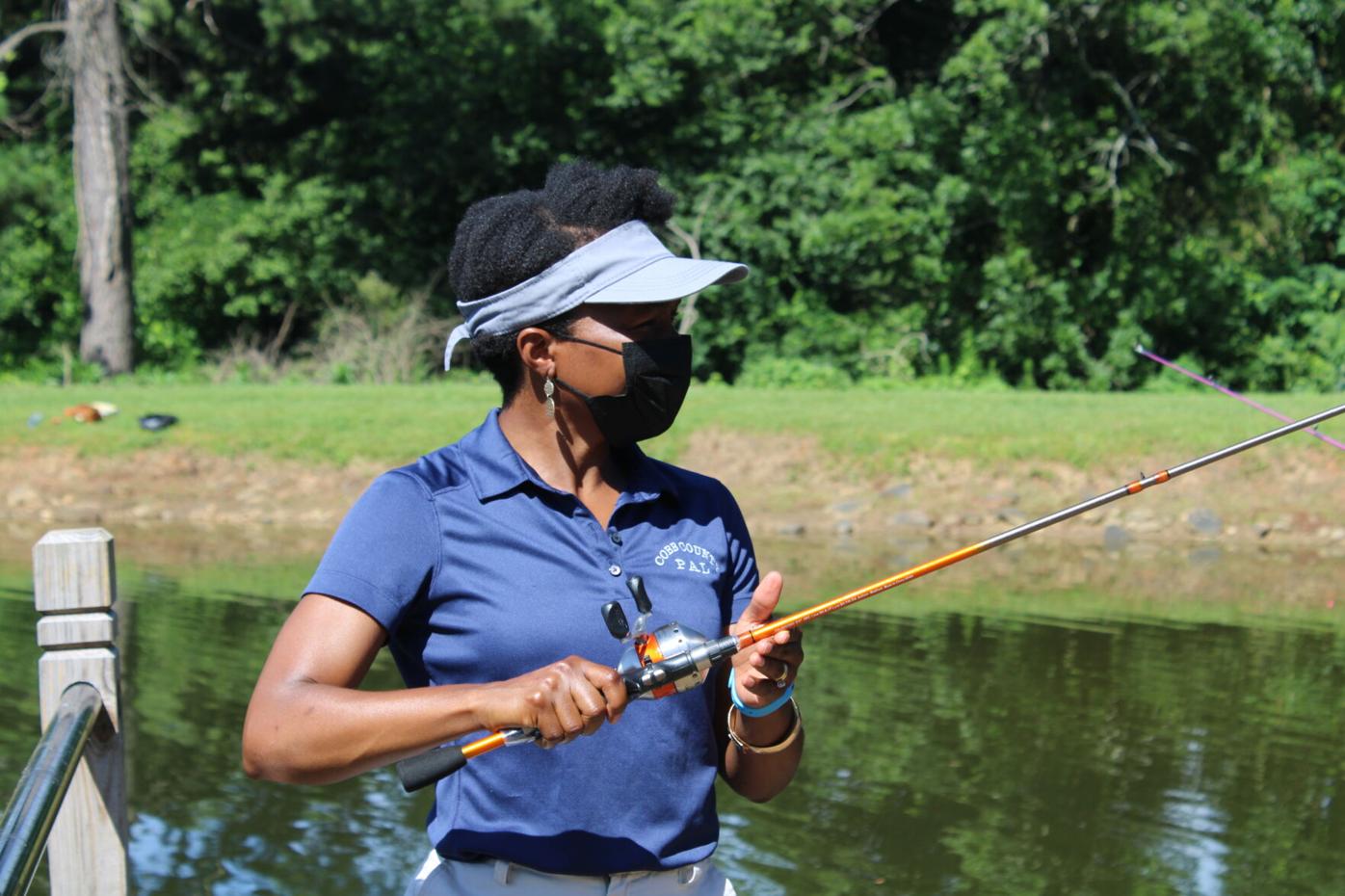 Chairwoman Lisa Cupid readies her rod for a cast at the District 3 fishing rodeo Saturday morning, put on by Cobb Parks. 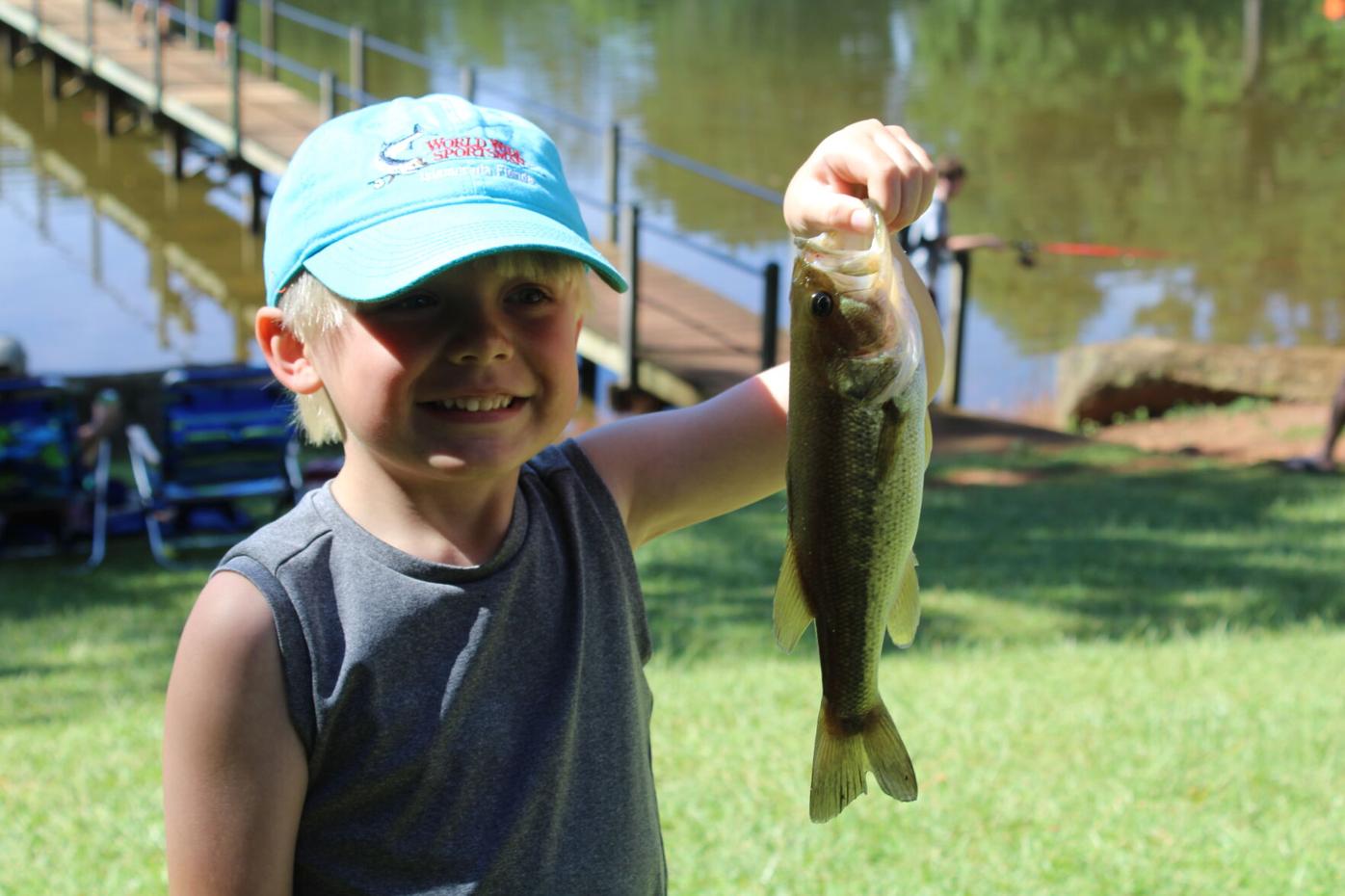 Owen Hedge shows off his catch to families gathered at the District 3 fishing rodeo Saturday morning, put on by Cobb Parks. 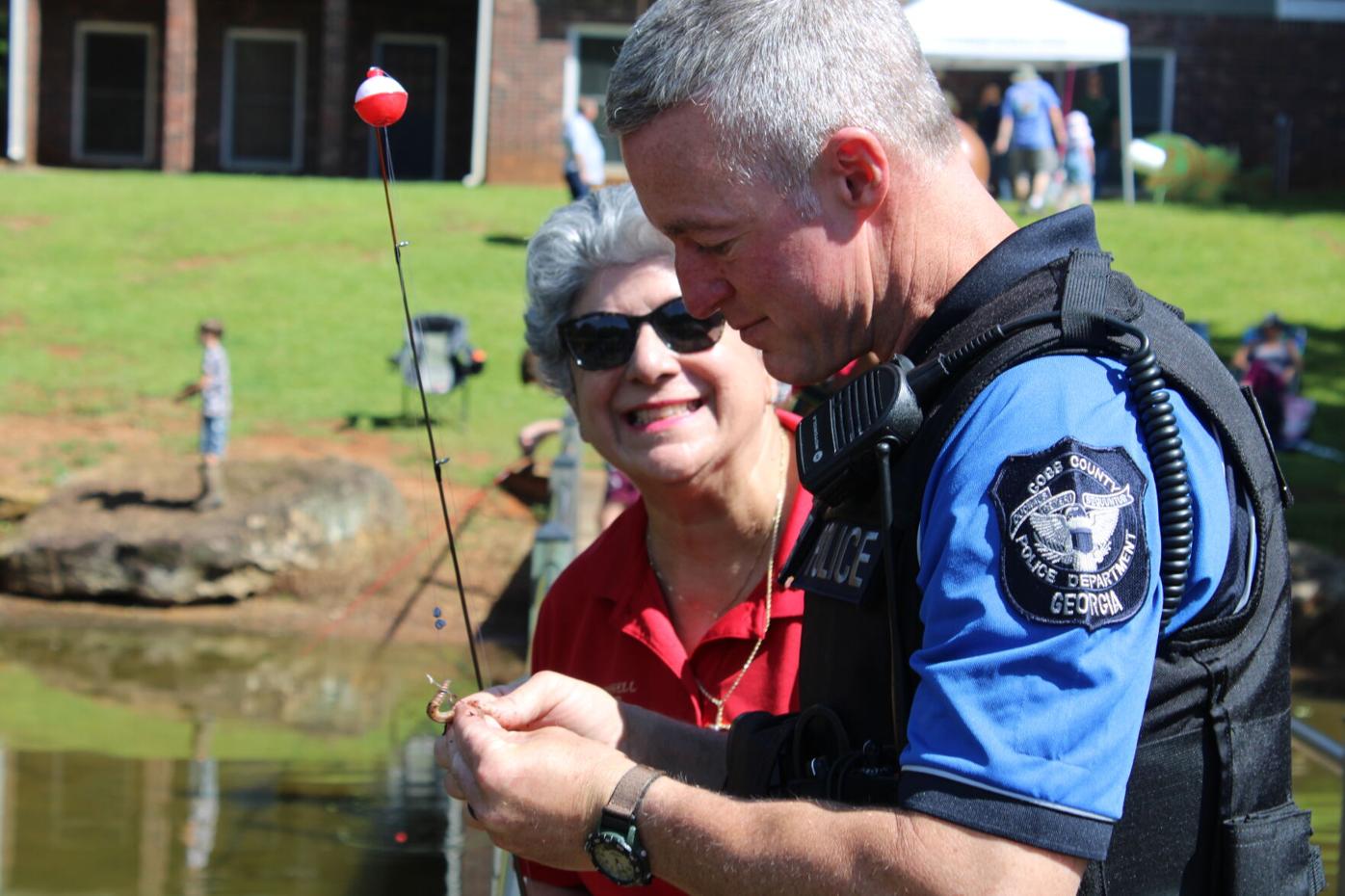 Francisco Diaz holds one of the four fish he caught Saturday at the District 3 fishing rodeo in east Cobb.

Angel Martinez shows off his catch at the District 3 fishing rodeo in east Cobb Saturday. Martinez finished in second place in the competition.

Chairwoman Lisa Cupid readies her rod for a cast at the District 3 fishing rodeo Saturday morning, put on by Cobb Parks.

Owen Hedge shows off his catch to families gathered at the District 3 fishing rodeo Saturday morning, put on by Cobb Parks.

EAST COBB — In the sweltering heat of a Saturday morning, families flocked to the shores of a muddy east Cobb pond with bait and tackle in hand for a good old-fashioned fishing rodeo.

Contestants, under the supervision of Cobb Parks staff, had two hours at Ebenezer Downs Park off Canton Road to nab the biggest catch. Some had attended last weekend’s affair at Lost Mountain Park, and found Ebenezer Downs to be one much quieter.

First prize went to Hayden Rahm, snagging a 17-ounce fish, and he was rewarded not only with a plaque, but a rod and tackle set.

The star of the morning, however, was the precocious Francisco Diaz, who caught four fish, more than any of his competitors. Commissioner JoAnn Birrell wondered aloud if Diaz was bringing the same bass to be weighed each time, as every time she turned around he seemed to be holding a fish in one hand, wiping the sweat from his brow with the other.

A fierce debate raged throughout the morning over whether sun or shade was better territory. Shade-dwellers jealously eyed those in the sun hauling in bass and bluegill and would move to where the fish were — only to see their neighbors’ lines jump the moment they left.

Among those staying under the trees was Joseph Meucci, a regular fisher who’d come along with his daughter, Jennifer, and granddaughter, Emmaline. He packed live minnows for the occasion, but found sticking to nightcrawlers was better for the modest-sized fish.

“If it was me fishing, I’d get a big old rod and cast it out where that water is,” he said, pointing to the fountain in the middle of the pond.

Sellers has an enviable gig — he travels to “all 159 of Georgia’s counties” helping with educational events and other DNR initiatives. Saturday saw him pull up to the pond with a trailer full of rods and tackle, offering help to first-timers and even Chairwoman Lisa Cupid. Birrell, meanwhile, took lessons from Cobb Police officer Michael Justice, himself a fly fishing regular on the banks of the Chattahoochee River.

The fishing rodeo Saturday was the second in the summer series put on by Cobb Parks. The District 2 rodeo will happen at Hyde Farm Park, with the final rodeo July 31 at Furr Family Park in Austell.

Jul. 5—A zoning application to turn an undeveloped parcel on Veterans Memorial Highway in Mableton into an auto parts store is facing opposition from the Mableton Improvement Coalition. Sitting near the highway's intersection with Buckner Road, Streamline Development hopes to build an AutoZone on a 1.1 acre portion of a 3.8 acre parcel. The property does not require a change in zoning ...