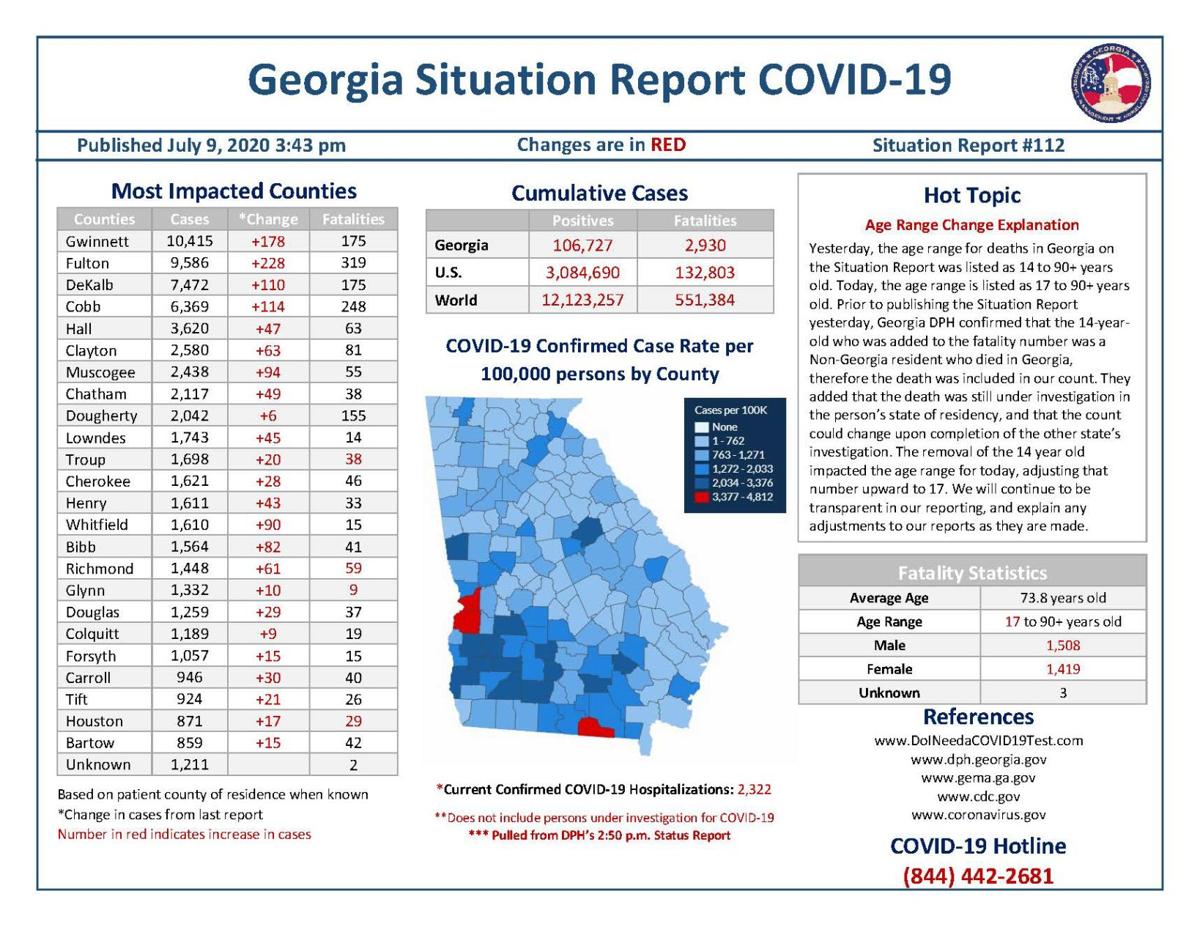 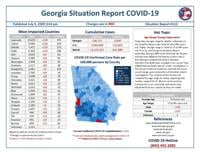 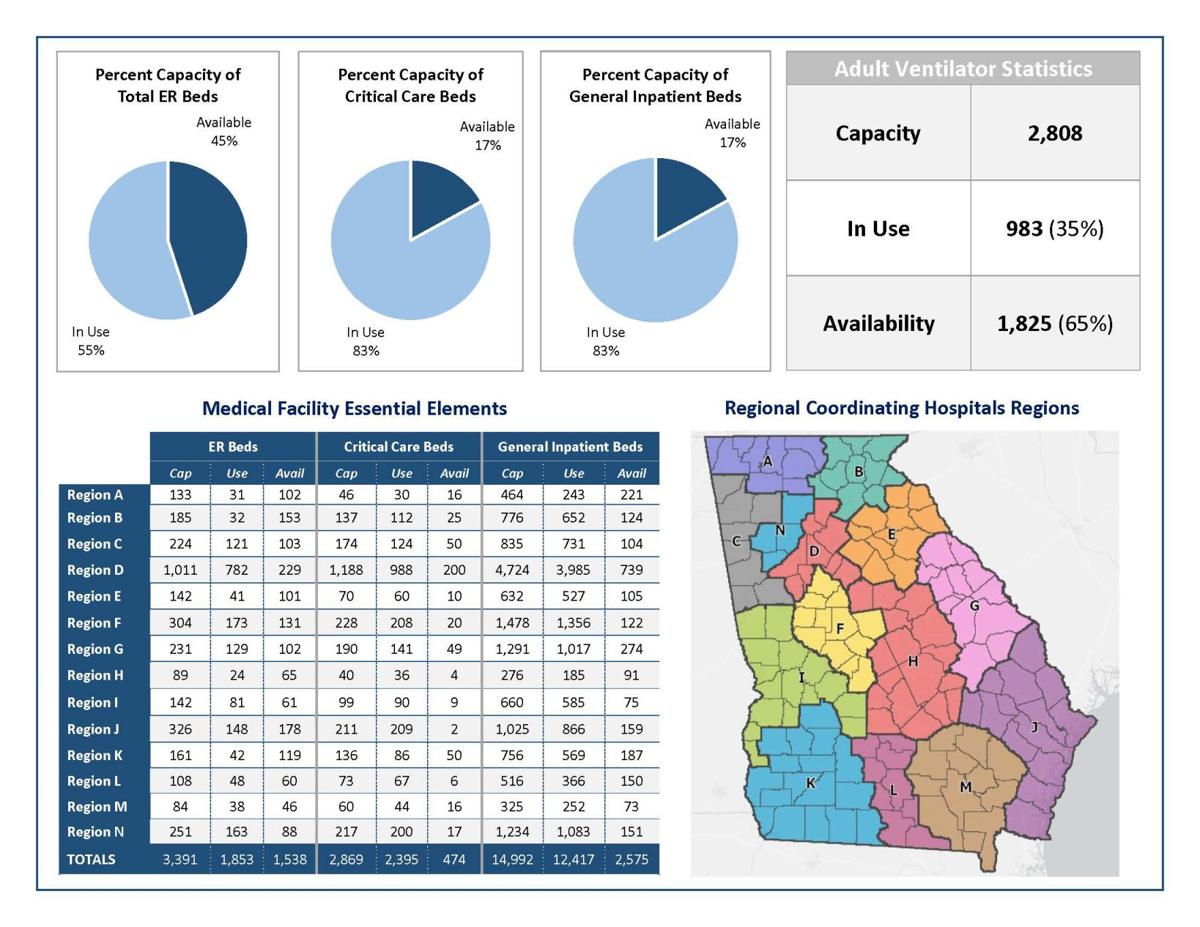 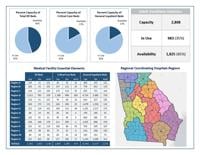 Cobb County added 114 new confirmed cases of COVID-19 on Thursday, bringing the county’s total to 6,369 according to the Georgia Department of Public Health.

Cobb reported 248 total COVID-19-related deaths Thursday, which did not change from the day before. The county’s fatality rate from the disease is 3.89%. Cobb’s death toll ranks second among Georgia counties, trailing Fulton’s 319 deaths.

According to the Cobb & Douglas Public Health report released Thursday evening, Cobb has had a cumulative positivity rate of 6.74%.

The Centers for Disease Control and Prevention reported 3,047,671 cumulative cases nationwide Thursday, an increase of 64,771 new cases from the day before. The CDC reported 991 new deaths, bringing the national death toll to 132,056. Based on those figures, the COVID-19 death rate in the United States is about 4.33%. The CDC says 41 states or other jurisdictions have reported more than 10,000 cases of COVID-19.

A Cobb & Douglas Public Health report, including data on how the coronavirus is affecting different ZIP codes, genders and ages, is available at reports.mysidewalk.com/17554e75c1#c-452027.