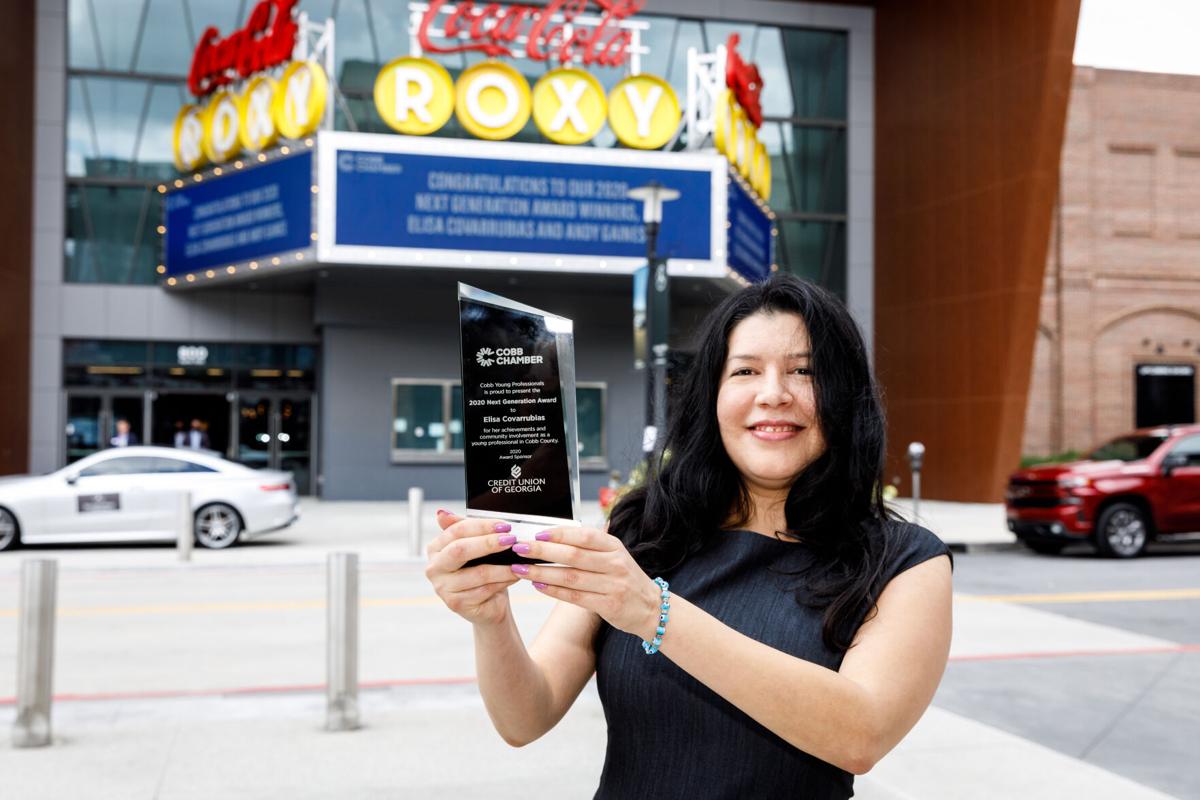 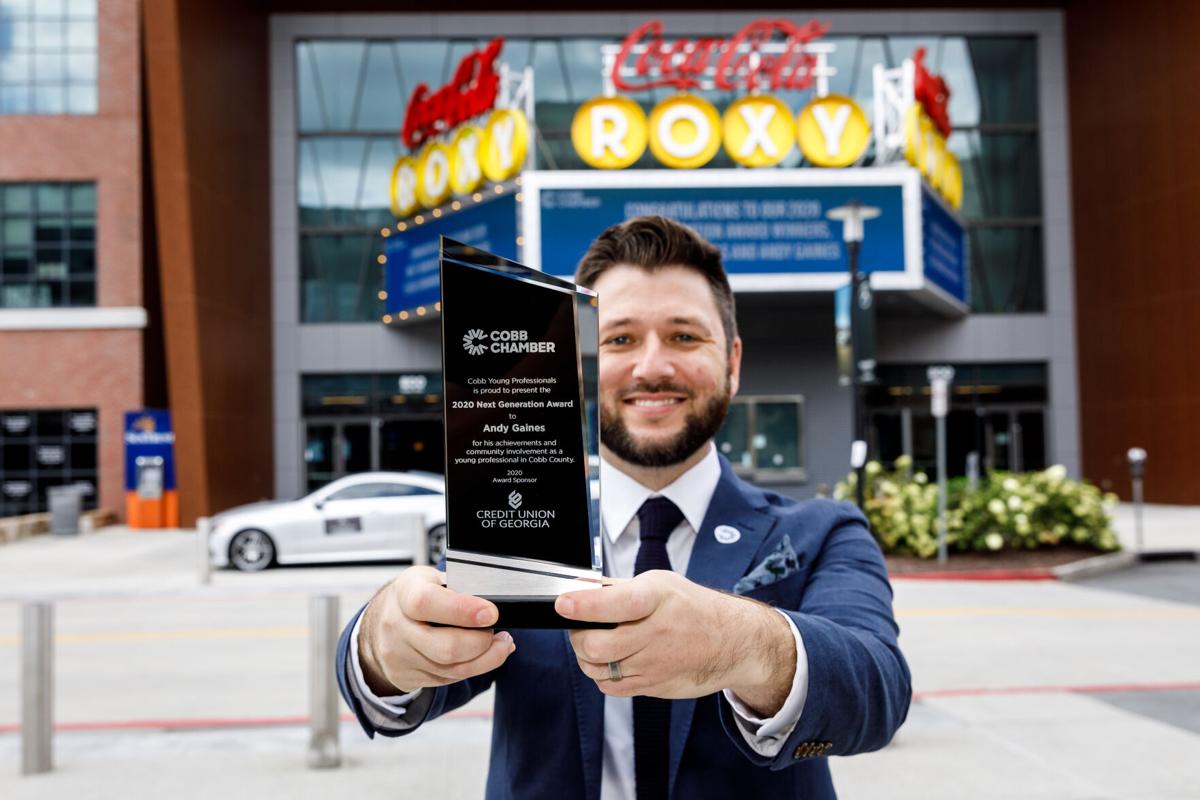 Andy Gaines, general manager of the Earl and Rachel Smith Strand Theatre, was one of two recipients of the Cobb Young Professionals' 2020 Next Generation Award at the Cobb Chamber Marquee Monday event.

Andy Gaines, general manager of the Earl and Rachel Smith Strand Theatre, was one of two recipients of the Cobb Young Professionals' 2020 Next Generation Award at the Cobb Chamber Marquee Monday event.

On Monday, Cobb Young Professionals (CYP), the Cobb Chamber’s networking and development group for professionals in their 20s and 30s, named the winners of the 2020 Next Generation Award, presented by the Credit Union of Georgia, at the chamber’s September Marquee Monday event. The 2020 winners are Elisa Covarrubias of Livesafe Resources and Andy Gaines of the Earl and Rachel Smith Strand Theatre.

The 2020 recipients were selected from an impressive group of nominees who are active within the community, essential to their profession and offer a unique perspective. Both winners demonstrate the potential to be prominent leaders within the Cobb community.

Some of Elisa’s accomplishments over the past 10 years at Livesafe Resources, include serving as an advisory board member for the Georgia Latin@s Against Domestic Violence program, assisting with the development of the state standards for sexual assault centers, creating an elder abuse program which involved training nearly 500 police officers in Cobb, and serving on the state’s Sexual Assault Expert Committee.

In 2018, Elisa testified, as both a survivor and a professional, before the Georgia House Judiciary committee in support of a bill which would allow victims of domestic violence to exit their leases without penalty. The bill ultimately became law, providing victims across the state with a new tool for safety.

Elisa has earned an amazing reputation in her field making her a top pick for local, regional, and state tasks forces. Since relocating to the Atlanta area in 2008, she has received numerous awards, honors, and appointments including Georgia Women’s Policy Institute Fellow, Georgia Victim Legal Assistance Network Planning Committee, 2014 GCFV Task Force of the Year, and 2013 YWCA Pat Malone Employee of the Year.

As stated by her nominator, executive director of Livesafe Resources, Tracey Atwater, “She has a solid work ethic and inspires those around her to always do what is right for the client and do their best. As a Latina leader, she personally understands the importance of respecting diversity and driving positive race relations. She has led our organization through difficult conversations and played a vital role in unifying the team through recent months.”

Andy Gaines, general manager, Strand TheatreAs general manager of the Earl and Rachel Smith Strand Theatre, Andy oversees all aspects of the company including supervising staff, working with the board of trustees, and overseeing all financial matters. Andy’s philosophy of creating and cultivating an environment where all people can have a platform to be creative has brought more organizations to the Strand for greater community partnership.

Andy welcomes new ideas and isn’t afraid to try them. He is sought by many organizations for potential partnerships to help them with their growth. In 2018, Andy led the $250 Grand for The Strand’s debt elimination efforts which put the Strand in a better financial position by eliminating capital debt.

Andy has not only severed as an excellent leader for the Strand, but has served as an outstanding leader in his community. One of his biggest impacts on the community is his successful efforts in the creating of the Marietta Arts District as part of Cobb Travel and Tourism. Andy worked to get the necessary participation and support across Marietta from nonprofits, businesses and government to reinforce the reality that Marietta is an arts destination in the state of Georgia and the Southeast.

Andy serves on numerous boards throughout the community. He is an active board member of the Kiwanis Club of Marietta including chairing the Arts & Music Showcase, K-Kids Club at West Side Elementary and serving as vice chair of the Marietta Arts Council. Additionally, he serves on the boards of The Walker School’s Patrons of the Arts Board, West Side Elementary School Governance Team and the Visitor’s Bureau of Marietta/Welcome Center’s Board of Directors.

He is also a member of the NAACP, who awarded him with the Community Achievement Award in 2018. He has also been recognized as an Outstanding Kiwanian numerous times in the past few years.

As stated by his nominator, City Councilwoman Michelle Cooper Kelly, “Andy is a visionary leader. He is a good communicator, charismatic, and a risk taker.”