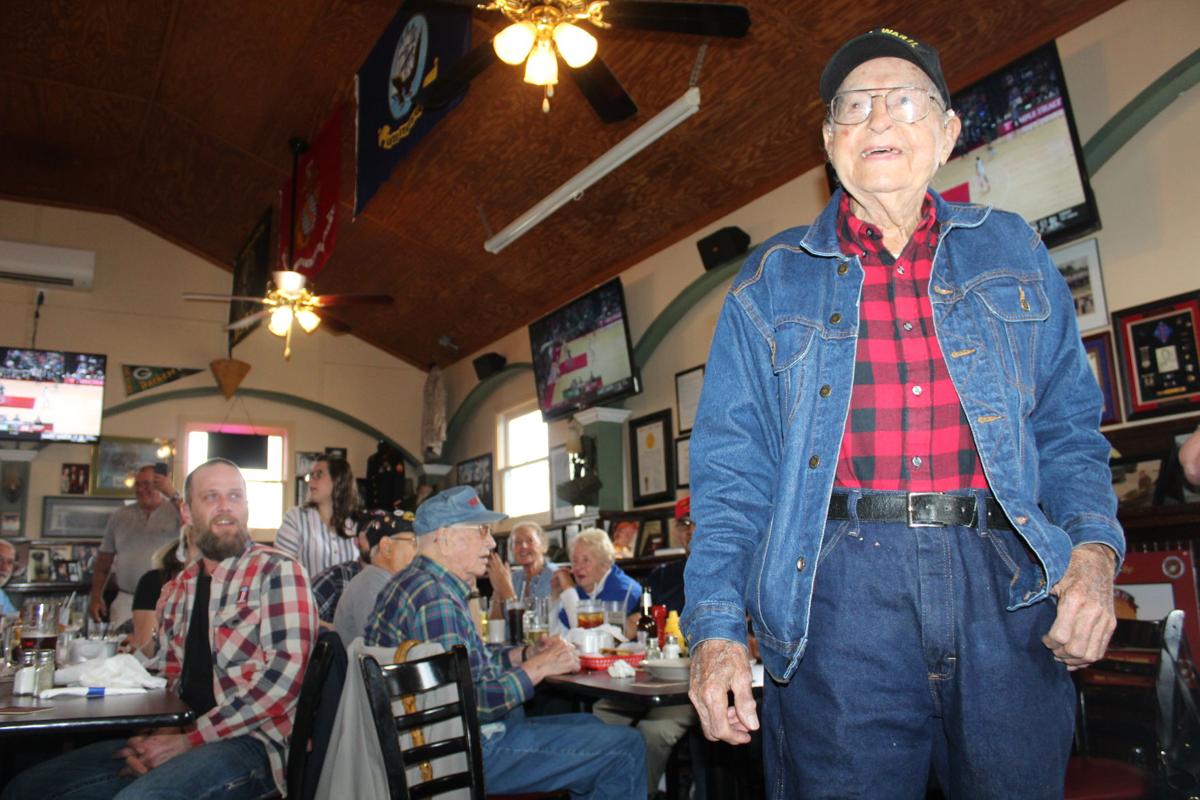 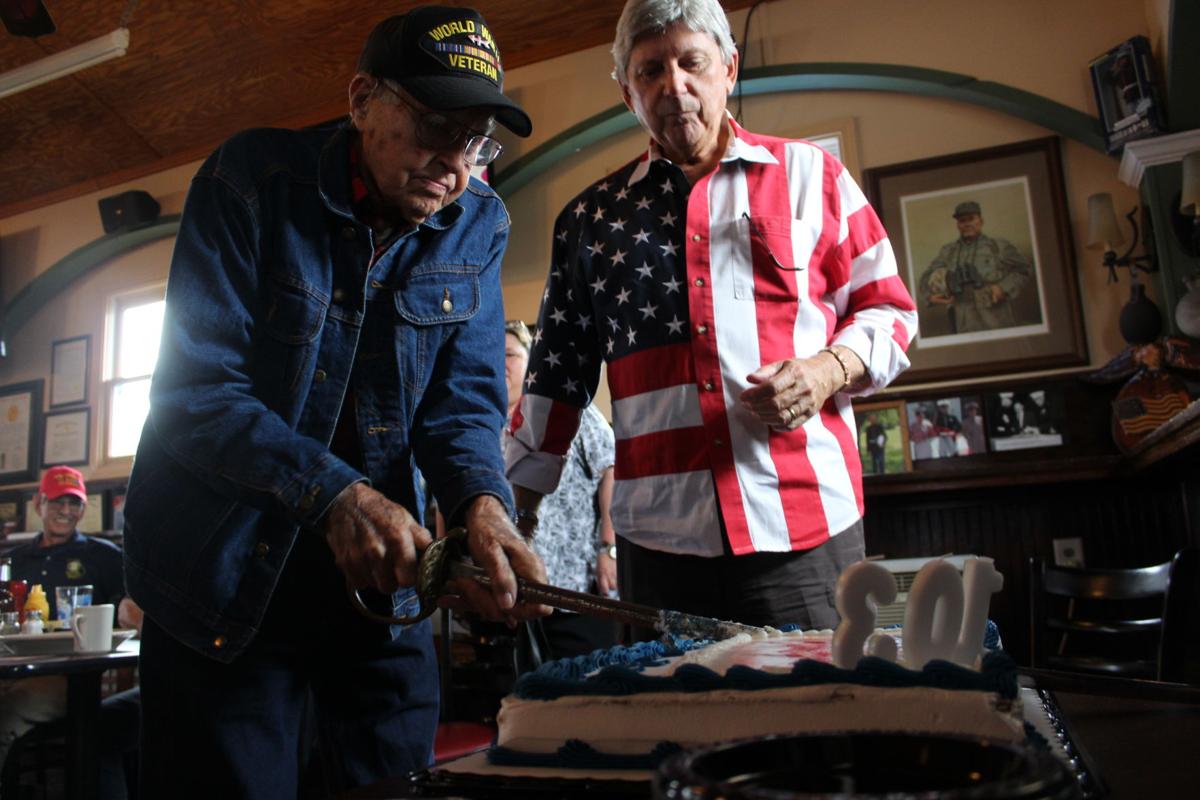 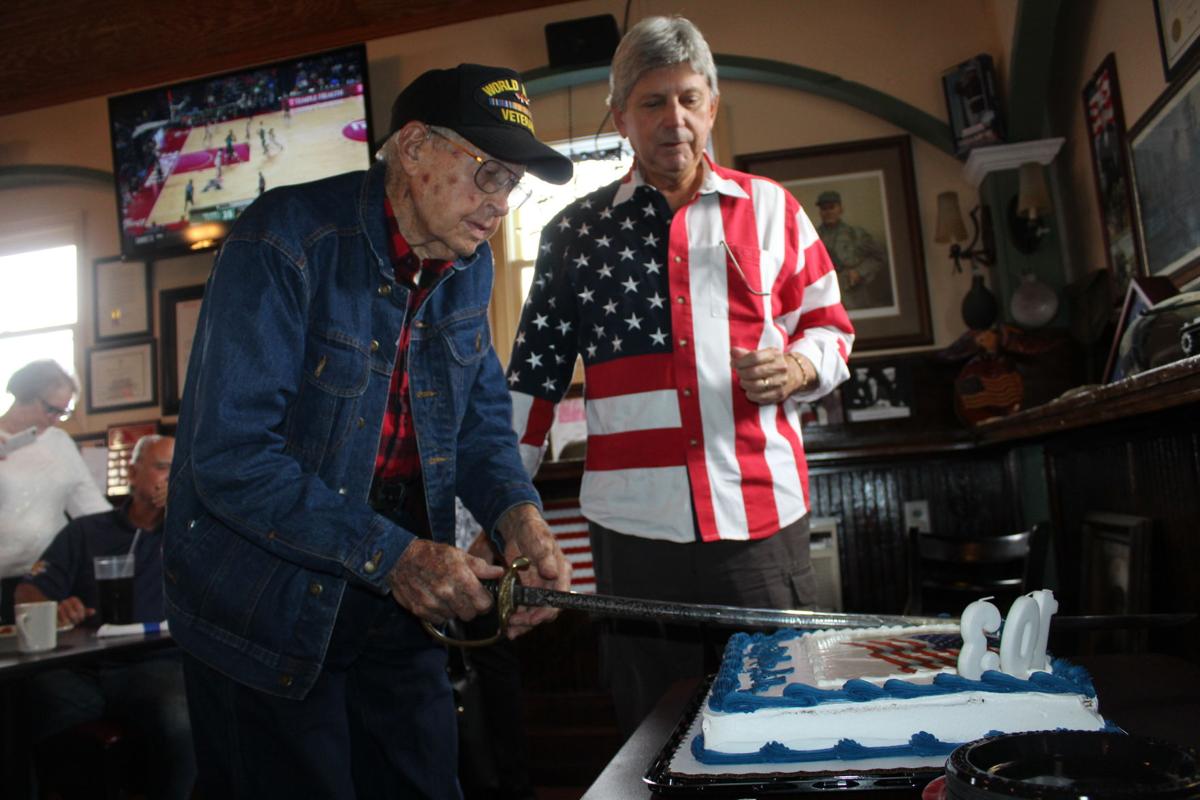 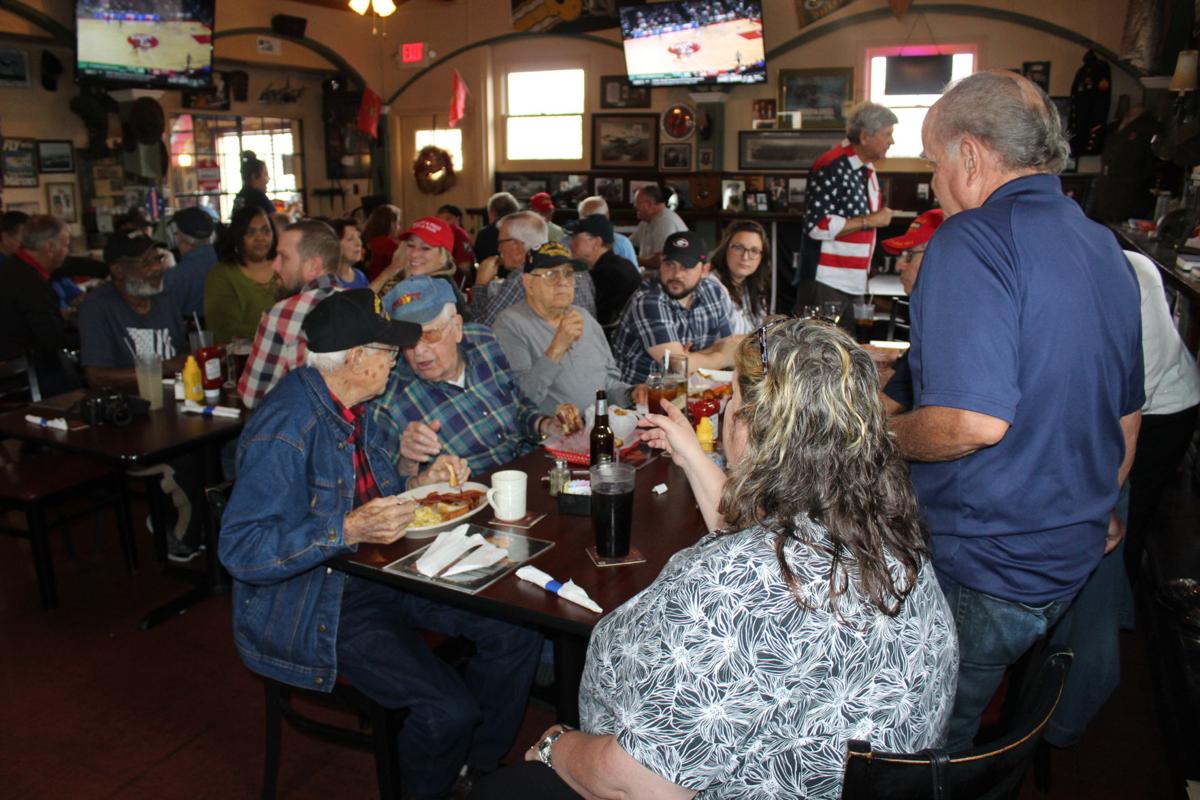 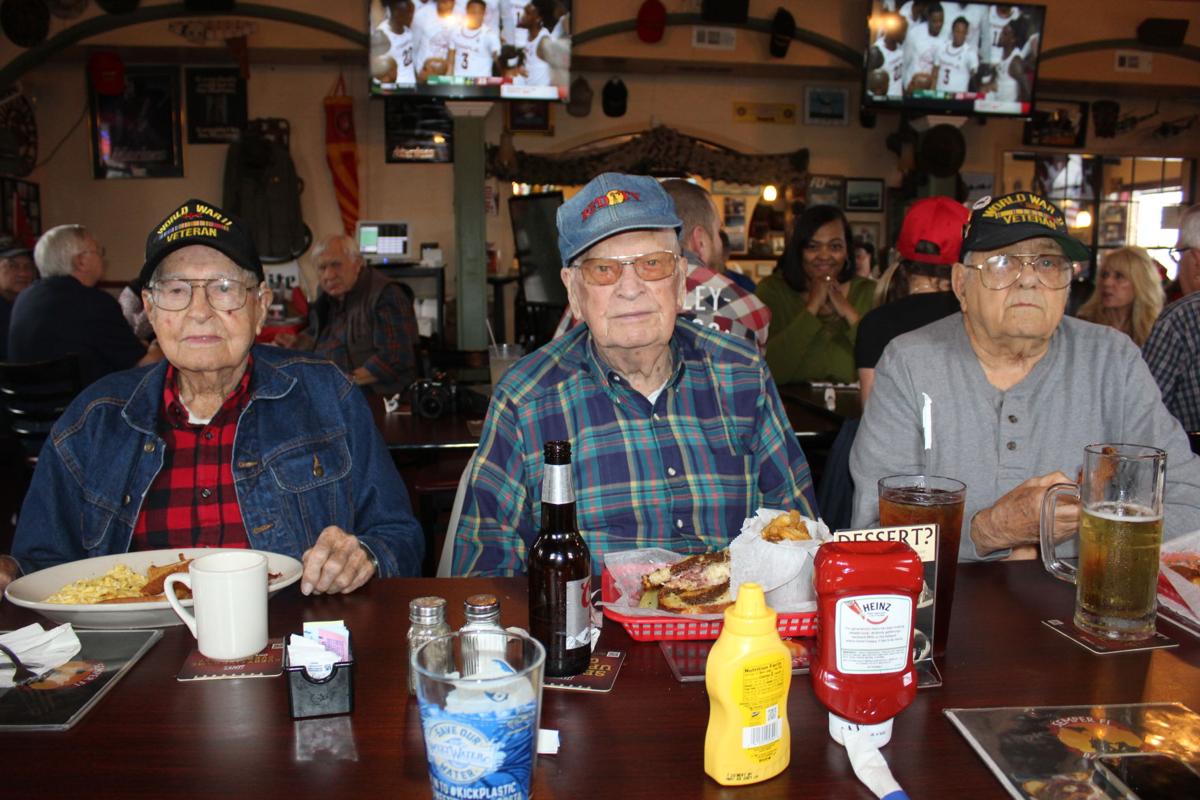 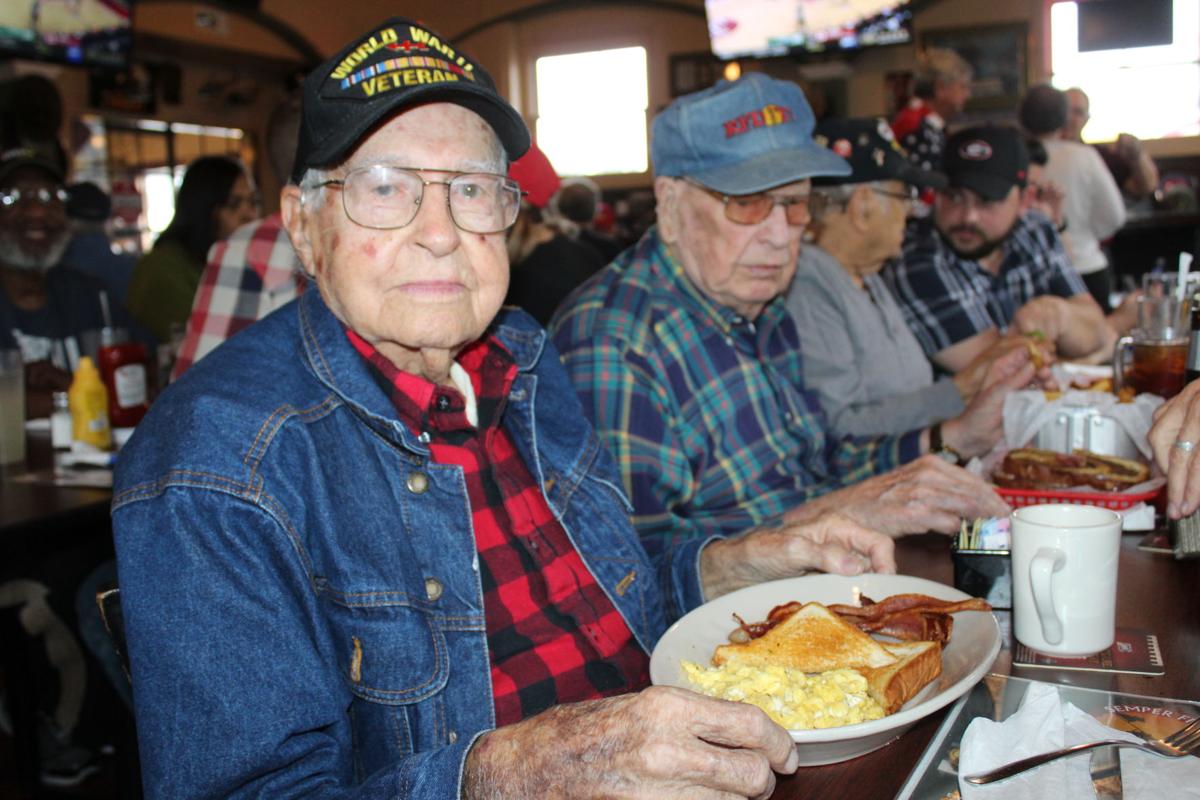 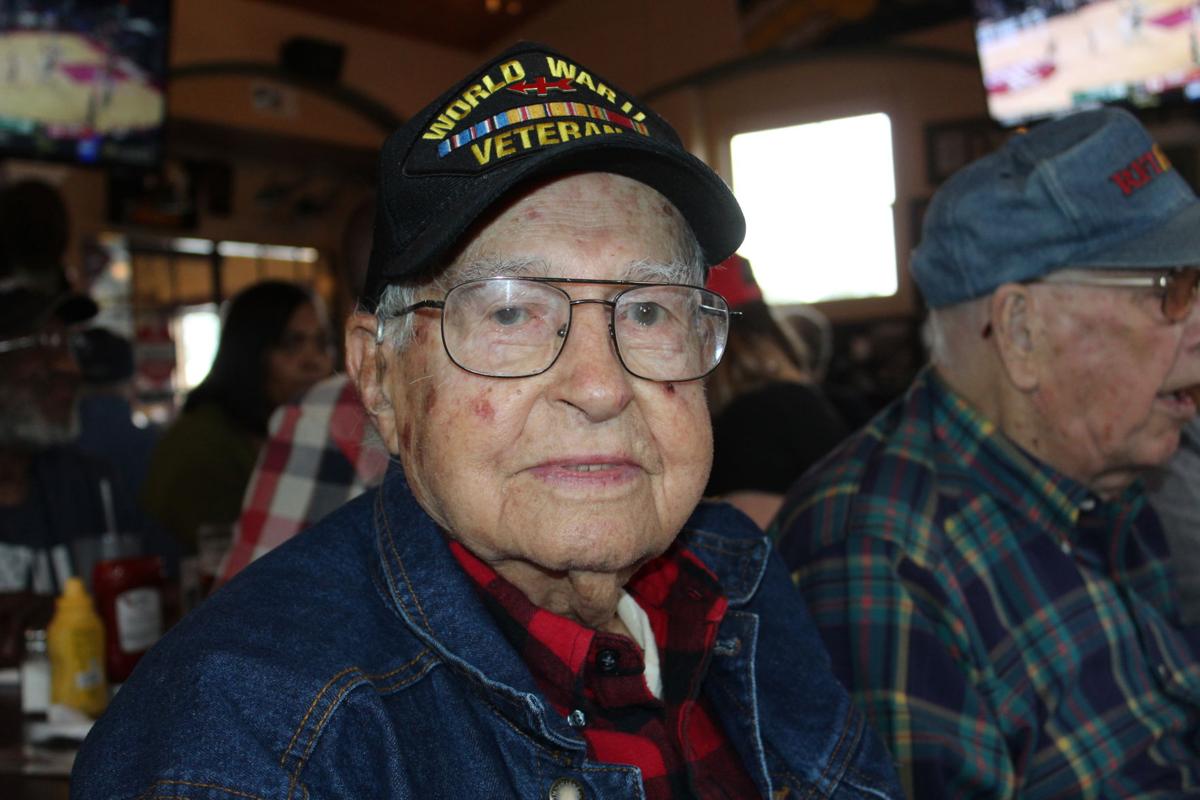 At 103 years old, Kelly Houston can still rattle off the names of the Pacific islands where he helped build beachheads to pave the way from Australia up toward Japan to help put a stop to the Japanese Imperial Navy’s war plans.

The north Cobb World War II Army veteran turns 103 on Monday, and he celebrated with dozens of fellow vets and supporters at Semper Fi Bar and Grille in Woodstock.

Houston’s secret to a long life is simple: hard work. His hard work began as a young man growing up on a little farm during the Great Depression.

“You had to turn the rocks over to get a little dirt,” he said. “My dad, he wouldn’t get on welfare. I can remember the Depression. If you didn’t make it, you didn’t eat it.”

When he got older, he worked in construction, then the Japanese attacked Pearl Harbor. Houston was drafted eight months later.

The division started in Australia and fought through islands including New Guinea and the Philippines. He served until the war’s end, and spent a lot of time in fierce combat. Houston remembered one occasion when an artillery shell landed with a thud right behind his head. He made a circle with his hands to show the size of the thing.

One of Houston’s prize possessions is a wooden box containing hundreds photographs that formerly belonged to a Japanese soldier. The photos provide a fascinating glimpse into Japanese life during the war.

After the war, Houston married Mary Elizabeth in 1948, and the two moved to Cobb County in 1952, where he started work as a machinist for Lockheed Martin. Mary Houston passed away in 2014.

Sitting next to Houston were two other local World War II vets, Charlie Duncan, 100, Army, and Darl Carlin, 95, Navy. They and dozens of other vets gave a hearty cheer after Houston sliced through his birthday cake with a saber.

Ralph Roeger, owner of Semper Fi, said he learned Houston would soon turn 103 when he and some friends came to the restaurant a few weeks earlier. He told them he would be honored to host the party in a private room in the military-themed restaurant.

Roeger and his wife, Carrie Roeger, both Marines, opened up about four years ago to pay tribute to troops of all branches.

Ralph Roeger said civilians are welcome, but about 90% of the clientele are former military. A small portion of those served during World War II, and Roeger said it’s always a special honor to serve them.