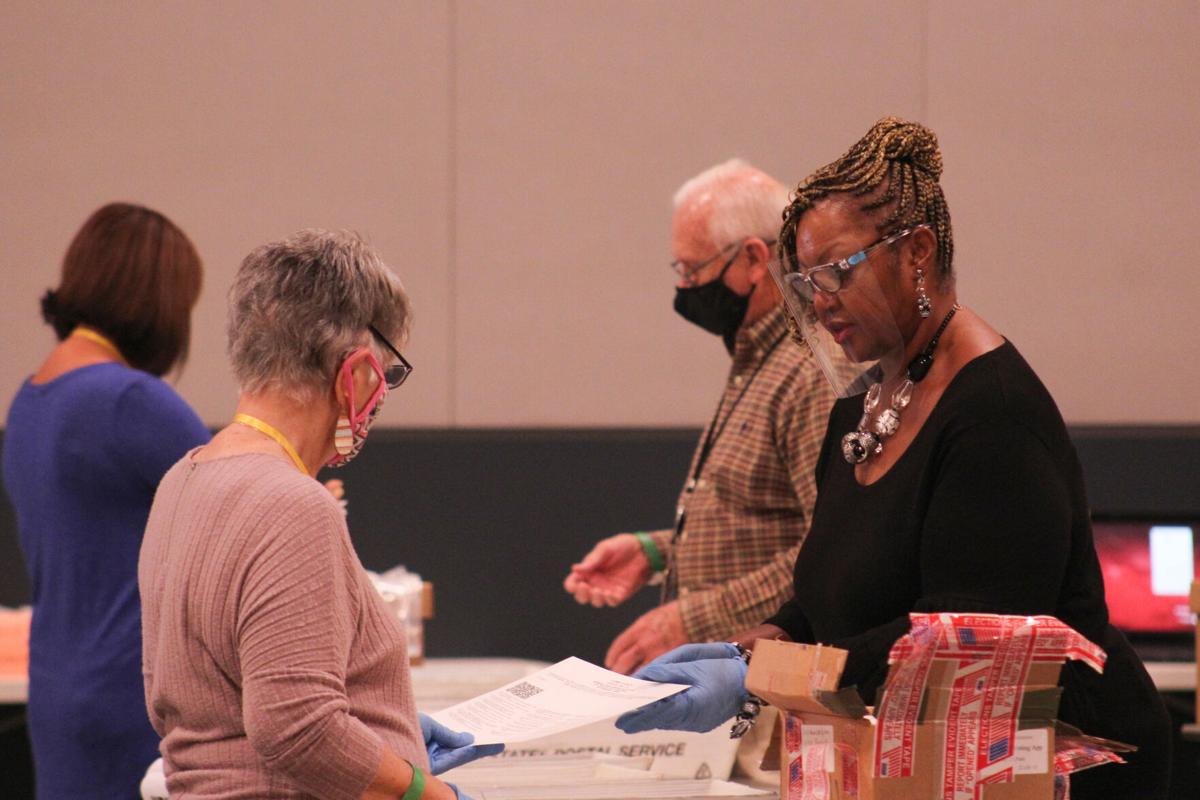 Cobb election workers check ballots and sort them to be counted in the county's audit. 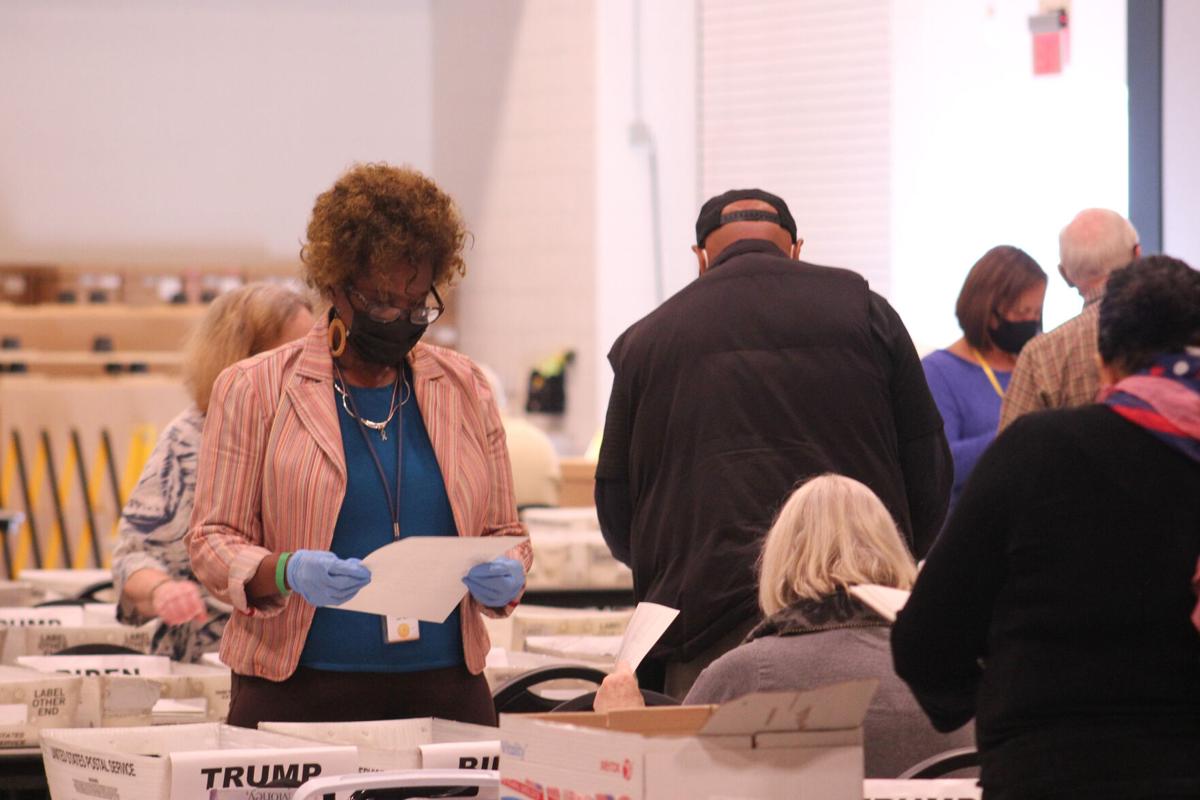 An election worker checks a ballot to be sorted and counted in the Cobb County recount. 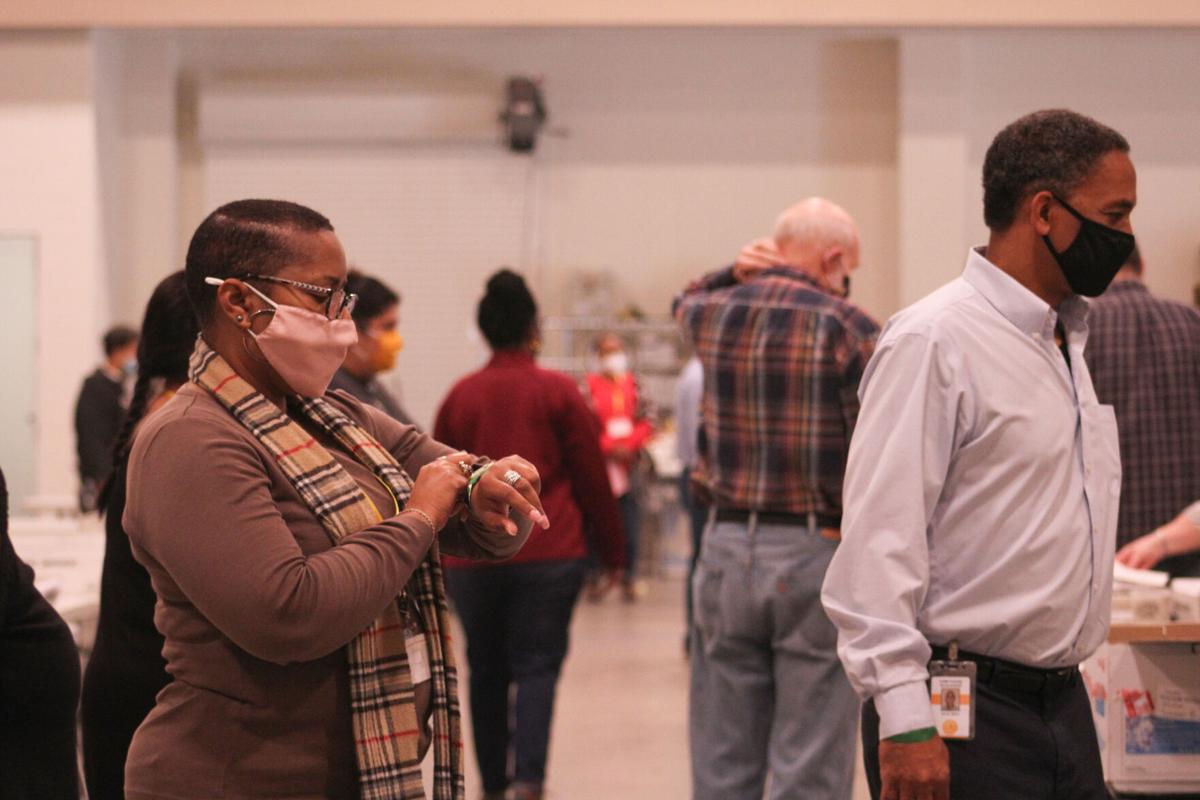 An elections worker checks her watch while teams recount votes at the Jim R. Miller Park event center. According to Cobb Elections Director Janine Eveler, groups of workers were split up and assigned to different teams, and were partnered up with members of other groups.

Cobb election workers check ballots and sort them to be counted in the county's audit.

An election worker checks a ballot to be sorted and counted in the Cobb County recount.

An elections worker checks her watch while teams recount votes at the Jim R. Miller Park event center. According to Cobb Elections Director Janine Eveler, groups of workers were split up and assigned to different teams, and were partnered up with members of other groups.

Cobb election workers have finished counting by hand nearly 400,000 ballots that were cast in the presidential election, but the county’s election chief refused to disclose what those results were when asked by the MDJ Wednesday.

Cobb officials said the state, not the county, will release the results of Cobb’s hand-counted presidential ballots.

It was not clear when or how those results would be released, and a representative of the secretary of state’s office did not immediately respond to a request for comment.

Cobb Elections Director Janine Eveler said all of the county’s 396,551 ballots that were accepted in the certified results have been counted again, this time by hand, and that election workers were finalizing the upload to state officials Wednesday.

Last week, Georgia Secretary of State Brad Raffensperger ordered the state’s 159 counties to each conduct an audit of the presidential race by counting ballots by hand. Cobb began the recount on Friday, but had to redo that day’s results because Cobb mistakenly thought they could use machines to tabulate the ballots. Raffensperger gave the counties until 11:59 p.m. Wednesday to submit results.

“The audit was done to validate the tabulation done on the Dominion system. We have not seen any anomalies,” Eveler said in an email.

Dominion Voting Systems is the company that makes the state’s new voting machines.

After Georgia certifies its statewide election results, it could still conduct a formal recount if President Donald Trump requests one. If that happens, workers will rescan ballots through machines again and tabulate a new result.

Eveler previously said she expected all the costs of the audit to be covered by a grant from the Center for Tech and Civic Life that the county received earlier this year.

Asked for an estimate of how much the audit cost, Eveler said, “I am not calculating the cost of the audit.”

Eveler did not respond to a question about how many workers hand-recounted the Cobb ballots.

Here’s what happened. Biden won by 12k votes in Georgia. The counting machines were not rigged. Trump lost the Election in a landslide. A one termer.

Port of Savannah sets all time container record in October

Local artist is a finalist for the $50,000 Bennett Prize

Armenia, you are a dead end. We made you a dead end - President of Azerbaijan

President Aliyev comments on implementation of statement signed on 10 November