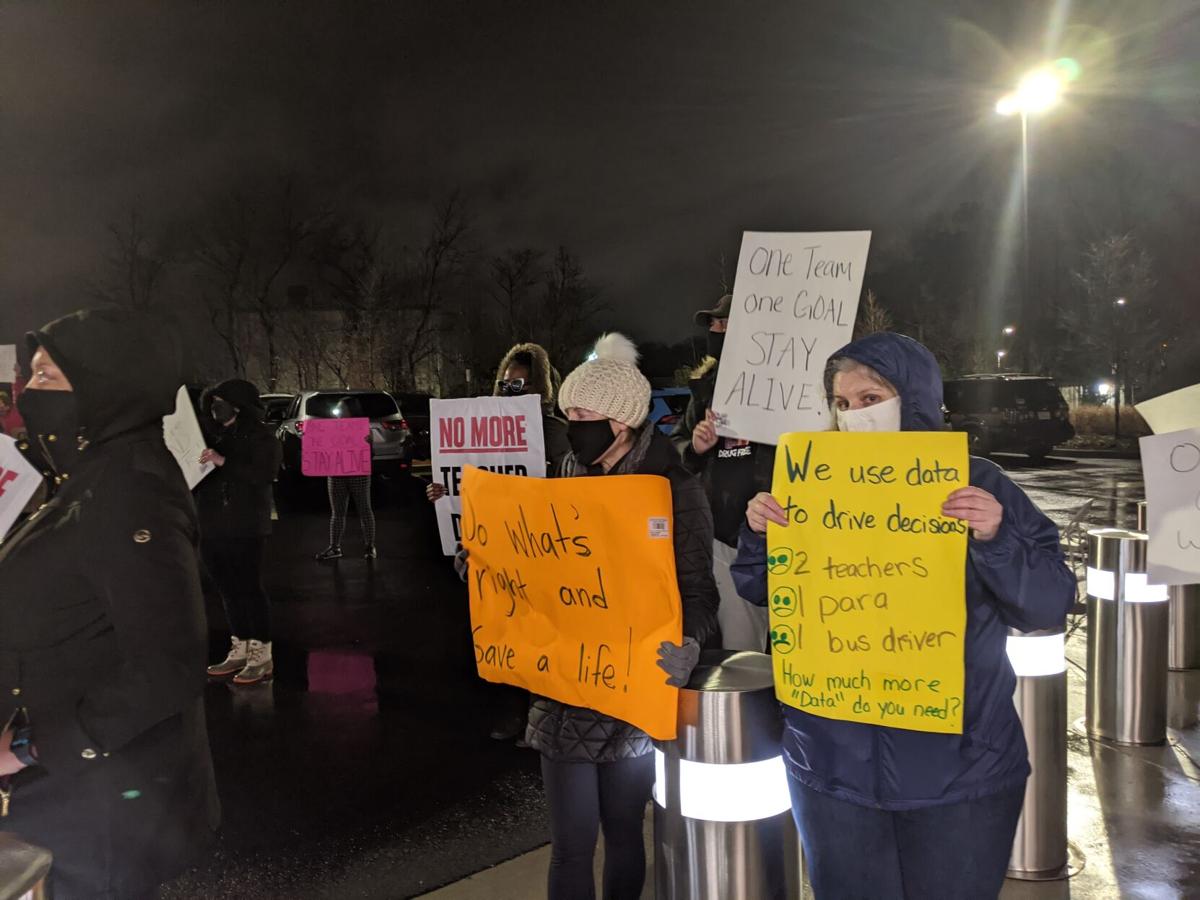 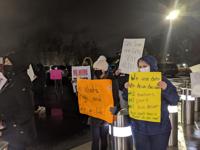 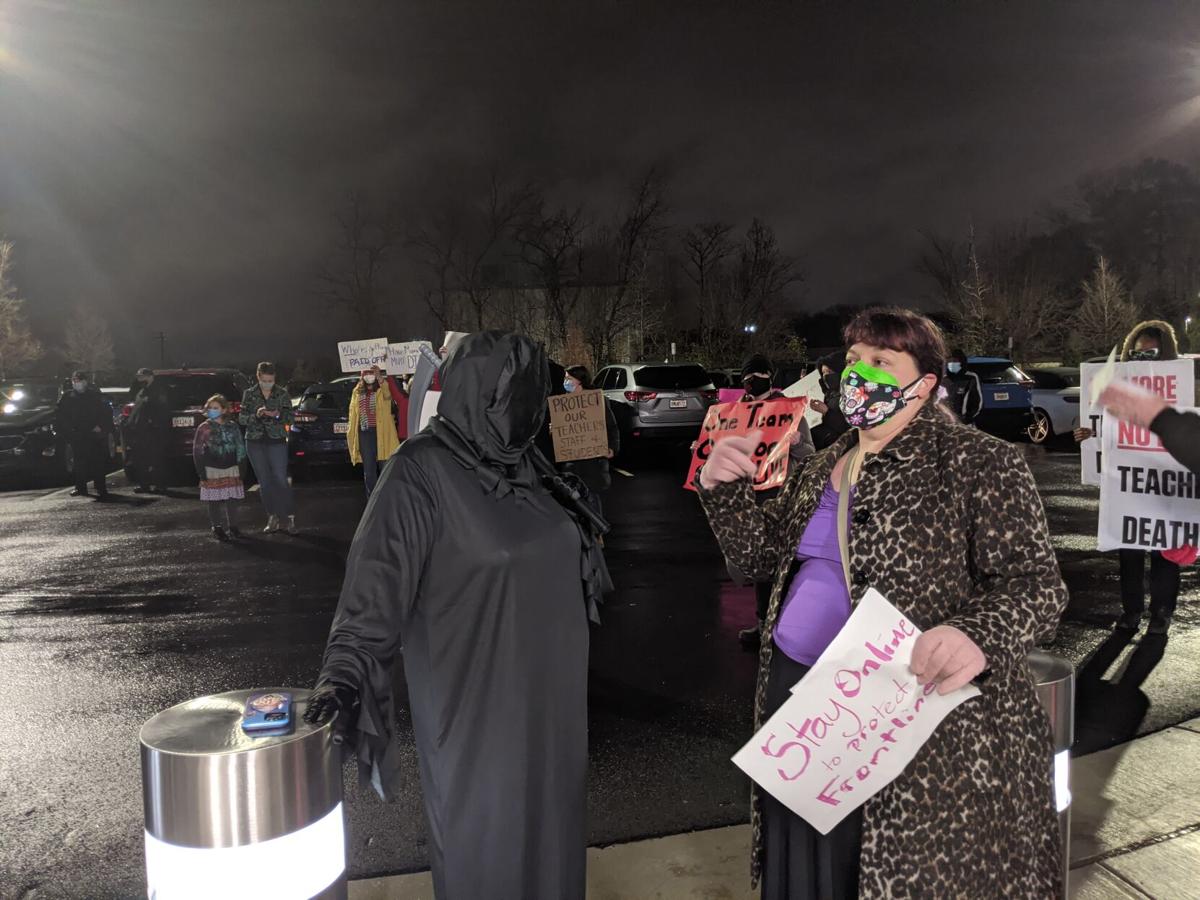 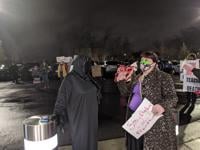 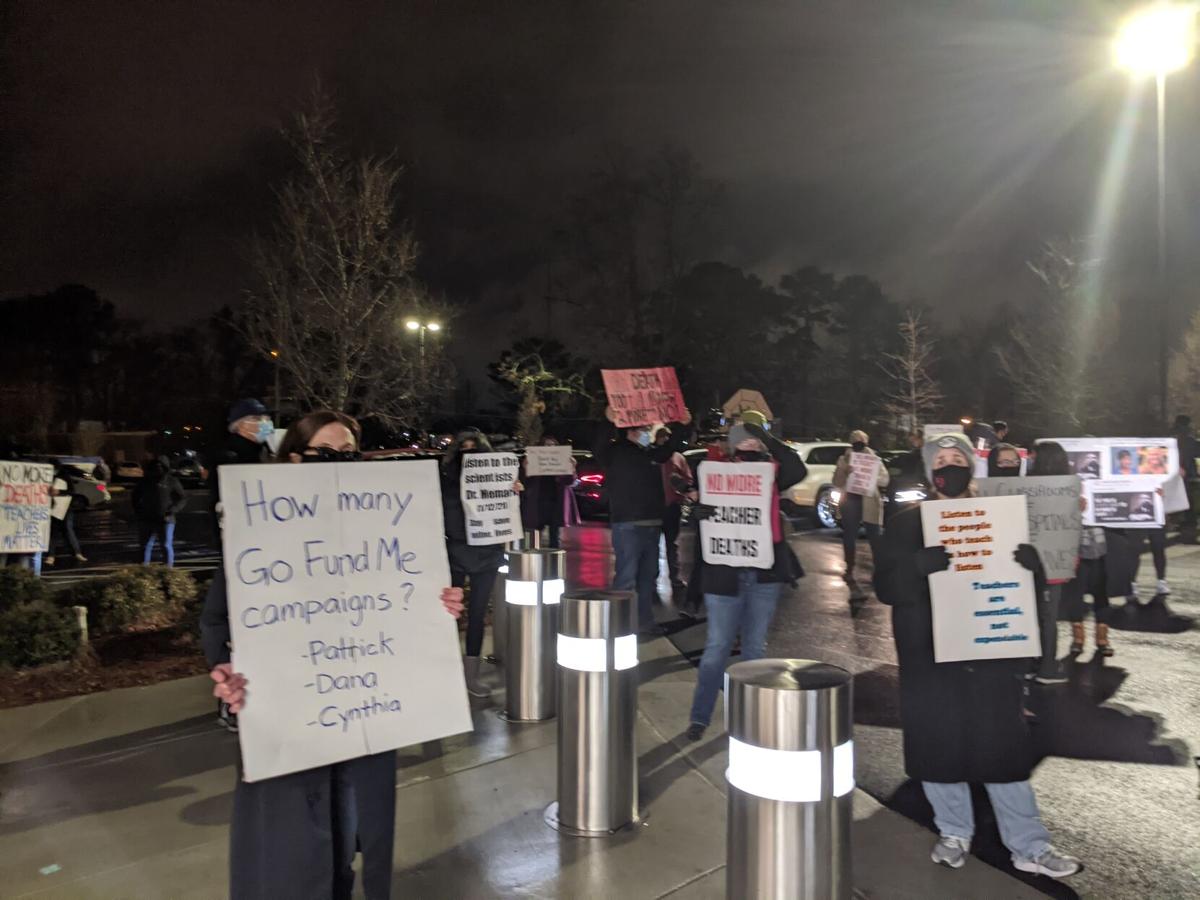 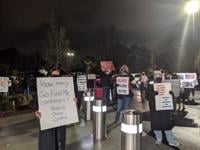 Protesters hold signs outside the Cobb County School District main office, calling for schools to stay virtual out of safety concerns. As of Thursday, three educators in the district had died due to COVID-19. 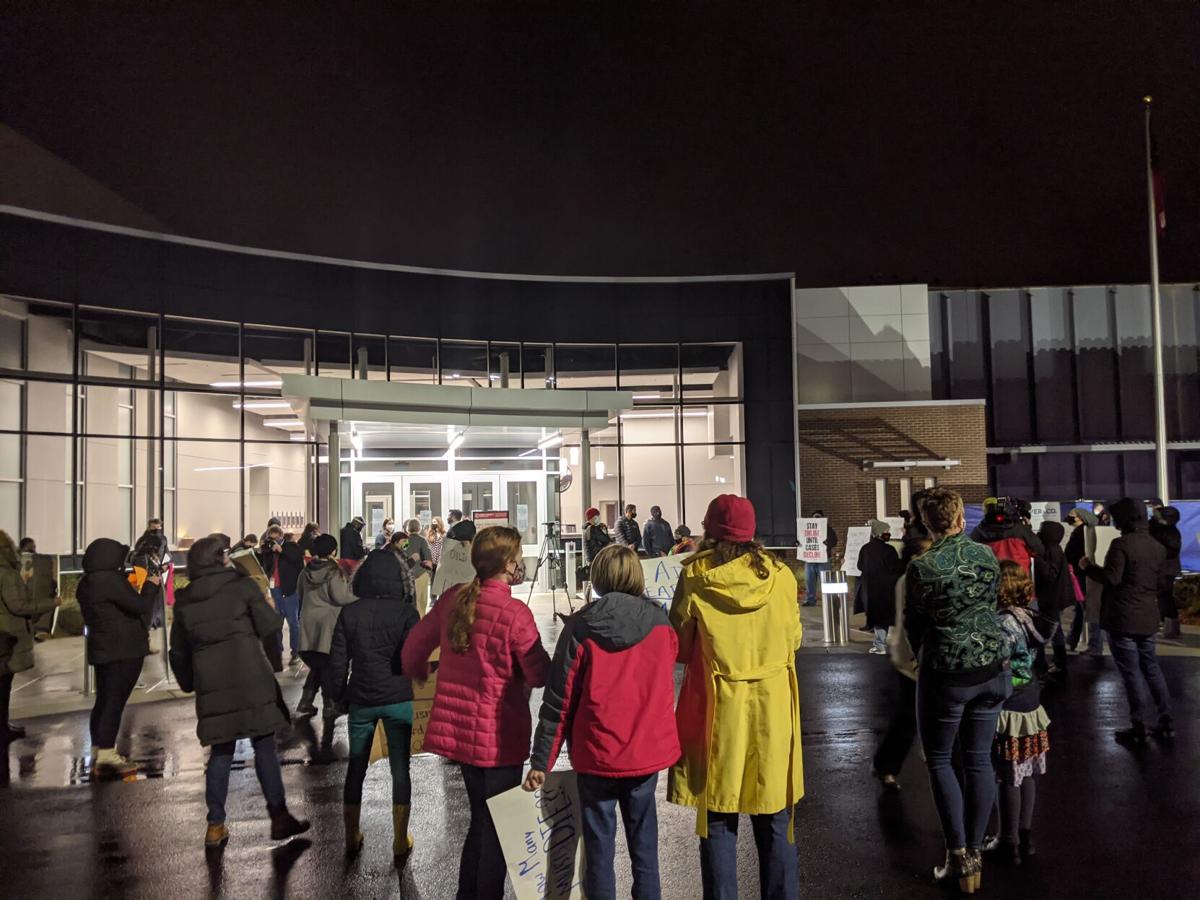 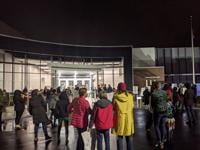 Protesters hold signs outside the Cobb County School District main office, calling for schools to stay virtual out of safety concerns. As of Thursday, three educators in the district had died due to COVID-19.

MARIETTA — Teachers and parents showed up before and during the Cobb school board’s meeting on Thursday to protest what they say is the district not doing enough to protect employees and students from the coronavirus.

The protesters called for district leaders to keep students learning virtually until community spread is lower.

“One team, one goal: stay alive,” many of them chanted, borrowing the school district’s motto: “One Team, One Goal, Student Success.”

Cobb schools were closed to in-person learning this week due to “high numbers of staff and students recently informed to quarantine,” according to the district. Students who are enrolled in face-to-face learning are scheduled to return to school Monday.

John Nwosu, a Cobb resident who is expecting to have a child that will grow up in the school system, was among those calling for the district to stay virtual. He lives in Post 6, represented by school board member Charisse Davis.

“I think so many people interact with the school system that when important decisions are not made in a sustainable, safe way, it impacts a lot of us. So I’m here to support my board member and all these teachers here to make sure whatever needs to happen to keep everyone safe does happen,” he said. “Right now with the cases as high as they are — in Cobb about 600 new cases are occurring every day, and about eight people are dying every day — I think we need to go virtual. I think the best decision is... to just limit interactions with people. It’s really simple at this point. I don’t understand why students and staff are still put at risk every day.”

Connie Jackson, president of the Cobb County Association of Educators, said it was mostly teachers protesting by the district’s central office doors with some families there. Still others were protesting from their cars, honking. In all, she estimated over 100 were protesting. The parking lot was full for the first time in several months.

“Teachers are tired. They’re tired of risking their lives. They’re tired of some of us dying. It’s time for the district to step up and notice, and talk to us,” Jackson said. “It’s dangerous out in these schools, literally dangerous. Today two people died, two employees died. It should not come to that. And teachers are fed up. They’re fed up of not having answers, of being told they have to teach from home even if they’re sick. That’s wrong. ...Teachers have a right to live and not have to die.”

Some of those protesting addressed the school board directly through public comments, most calling for schools to stay virtual. Some asked for teachers to have a choice to teach virtual classes or in-person ones. Currently, many Cobb teachers teach in-person and virtual classes at the same time. One parent stood against the other public commenters and urged the board to keep schools open, saying that they are not super spreaders of the virus.

Jacob Furse, who spent the holidays in intensive care battling COVID-19, was among the district employees calling for school to stay virtual. He said the public health data “paints a grim picture of the trajectory we’re currently on,” and urged the school board to invest in laptops and hotspots, and put pressure on state and local governments to provide childcare to parents who need it.

“Stop forcing teachers to teach both virtually and in person at the same time, since all it’s doing is putting high risk teachers like myself, who was almost on a ventilator, or the now three Cobb educators who have lost their lives as of today, in danger,” he said. “And, (it’s) doing a huge disservice to the students who only get half of their teachers’ attention at any given time.”

“I’d like to thank our speakers for being very informative and succinct,” he said.

Superintendent Chris Ragsdale offered condolences for Lindsey: “Our thoughts and prayers certainly go out to her family and the team members at Sedalia Park.”

“Our hearts are broken over this loss,” he said. “She was beloved by her team members and the parents that made up the community of Kemp.”

A petition started earlier this month urging Cobb Schools to start the district virtual is now calling for classes to stay remote and is continuing to gain support on Change.org. To see the petition, visit bit.ly/3iBRKE9.

Also at the meeting, board members approved a $100 million loan from Morgan Stanley at about 0.013 interest for construction projects. The district is borrowing the money so it can start accepting bids early, rather than wait for revenues from the Education Special Purpose Local Option Sales Tax. Brad Johnson, the district’s chief financial officer, said CCSD is estimated to save between $600,000 to $1.1 million by borrowing the money and starting earlier on construction bids.

The trumpeters running the school board need to go.

Thanks to irresponsible voters in Banks district for simply voting incumbent, we have the most inept board ever and will be stuck. I feel for Howard, Davis and Tre who are the members who care.

I'm excited about serving readers of The Transcript