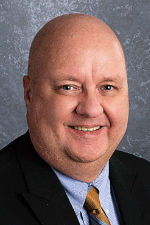 Superintendent Chris Ragsdale is expected to ask the Cobb school board to consider borrowing $100 million for construction projects funded by the latest voter-approved special 1% sales tax for education.

On Thursday, board members will be asked to approve a resolution to put the $100 million in short-term bonds out to bid nationally before approving a formal proposal next month, according to Brad Johnson, the district’s chief finance officer.

Borrowing money for the projects funded by special purpose local option sales tax has become a yearly affair for the district. Last year, the school board approved $90 million in loans.

Ragsdale has dubbed borrowing at the start of the year “standard operating procedure.”

The latest iteration of the tax, SPLOST V, is nearing the end of its first year of collections. SPLOST V is expected to collect $797 million through the end of 2023, at a rate of $11 million to $12 million per month.

“Before we started doing these (loans), we would just pay as you go. So we’d get sales tax receipts in every month, and then we’d spend what we have,” Johnson said. “In this case, what we’re doing is — why not go ahead and get all the money for the calendar year up front and then go ahead and start all the projects up front?”

The loans are paid back as monthly revenues come in and are paid off by the end of the calendar year, Johnson said. He said 2019’s loans will be paid off this week. A short-term loan, he added, is any loan paid back within a 12-month period.

While an exact interest cost on the loans won’t be known for sure until an interest rate emerges when the notes are put out to bid, Johnson said costs will likely be similar to last year’s $1.6 million, thanks to falling rates.

Between the interest and council payments and construction cost savings of between $2 million and $2.6 million, he said the district will save $400,000 and $900,000 on 2020 SPLOST projects by taking out the loans.

The finance officer also said the district is confident that, even if sales tax revenues were lower than expected in 2020, the district would still have millions more than it borrowed available to be able to pay off its short-term debt.

The school board meets Thursday for a work session at 4 p.m., a closed-door session at 5:30 p.m. and a voting session at 7 p.m. Public comment is available during the 4 p.m. and 7 p.m. meetings. The board’s meetings will take place in the board meeting room at 514 Glover St., Marietta.

The never ending hunger for tax dollars, one SPLOST after another.

Cobb county has turned splost into a never ending tax. It would be different if the students were learning more or scores were better but they don’t.