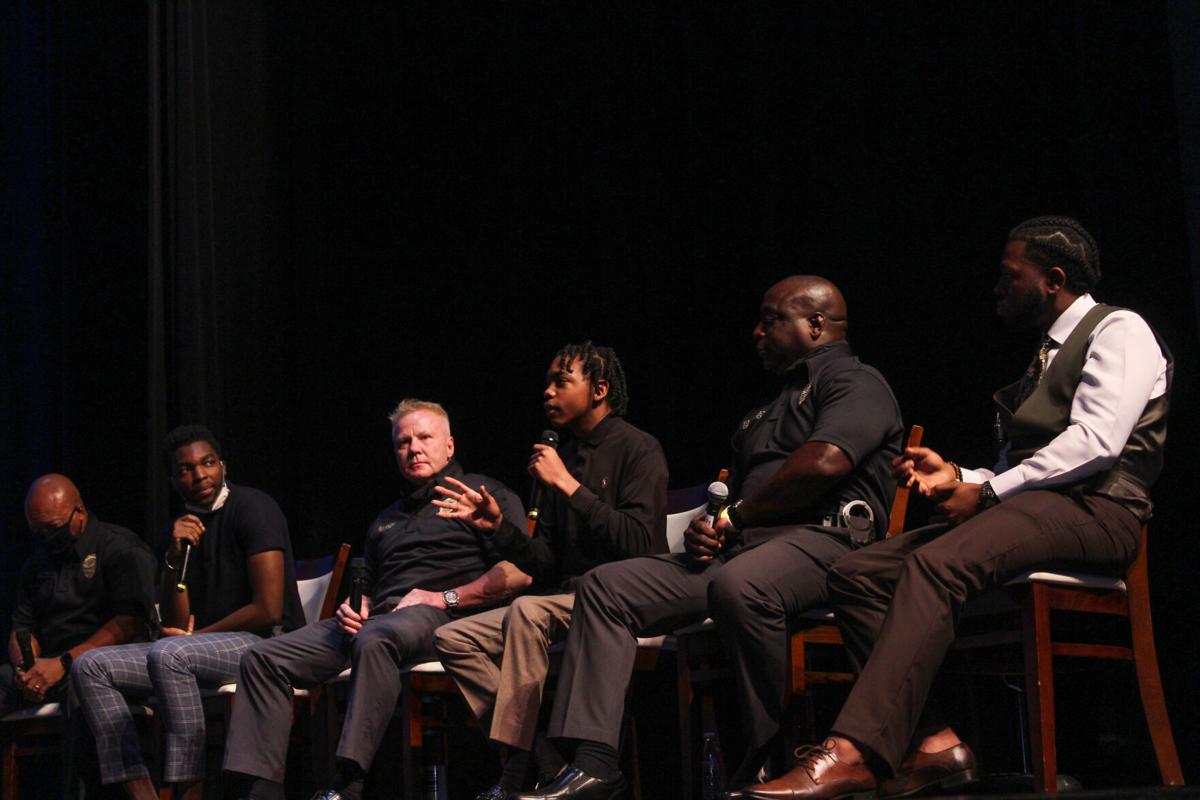 Isaiah Plater, center, speaks to officers at the public forum.

"I don't say "black lives matter," for the brand or the company, I'm saying it because we do matter as humans, we need to fix the injustice that's happening currently in our country," he said. 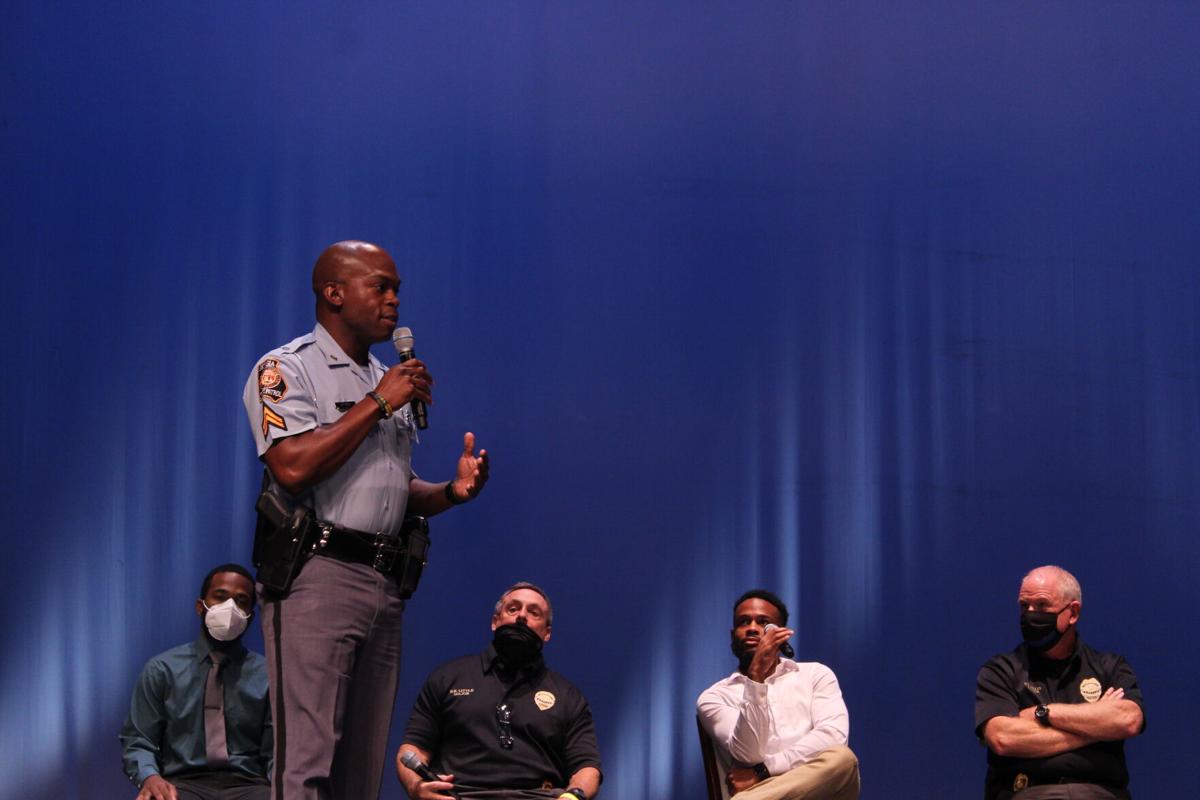 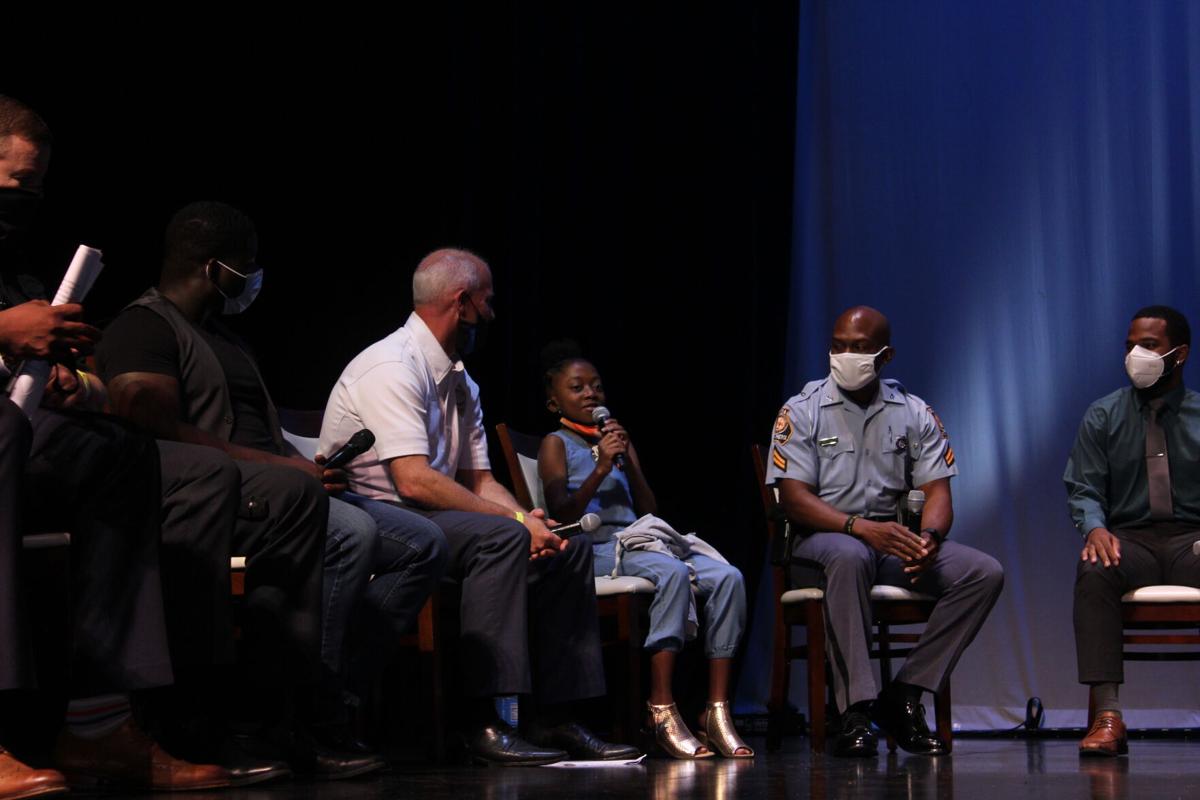 Lailah Morgan, 13, speaks to law enforcement officers at the forum. 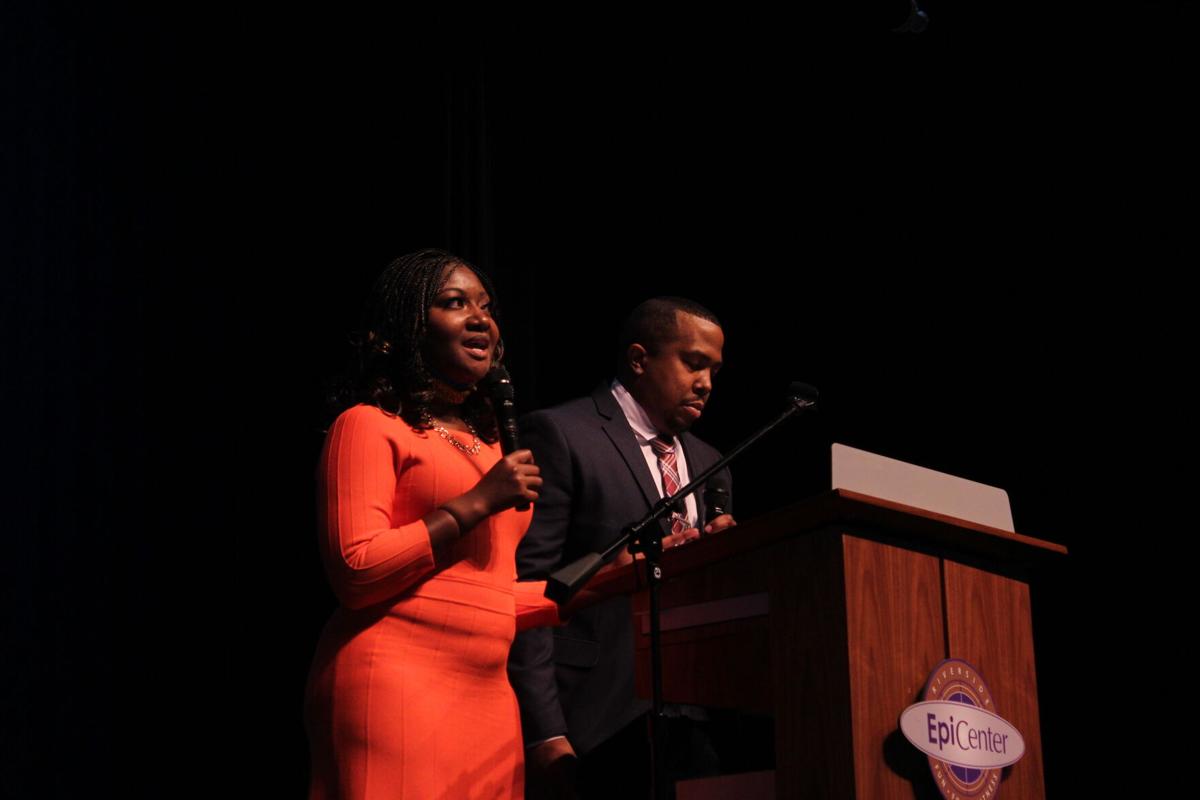 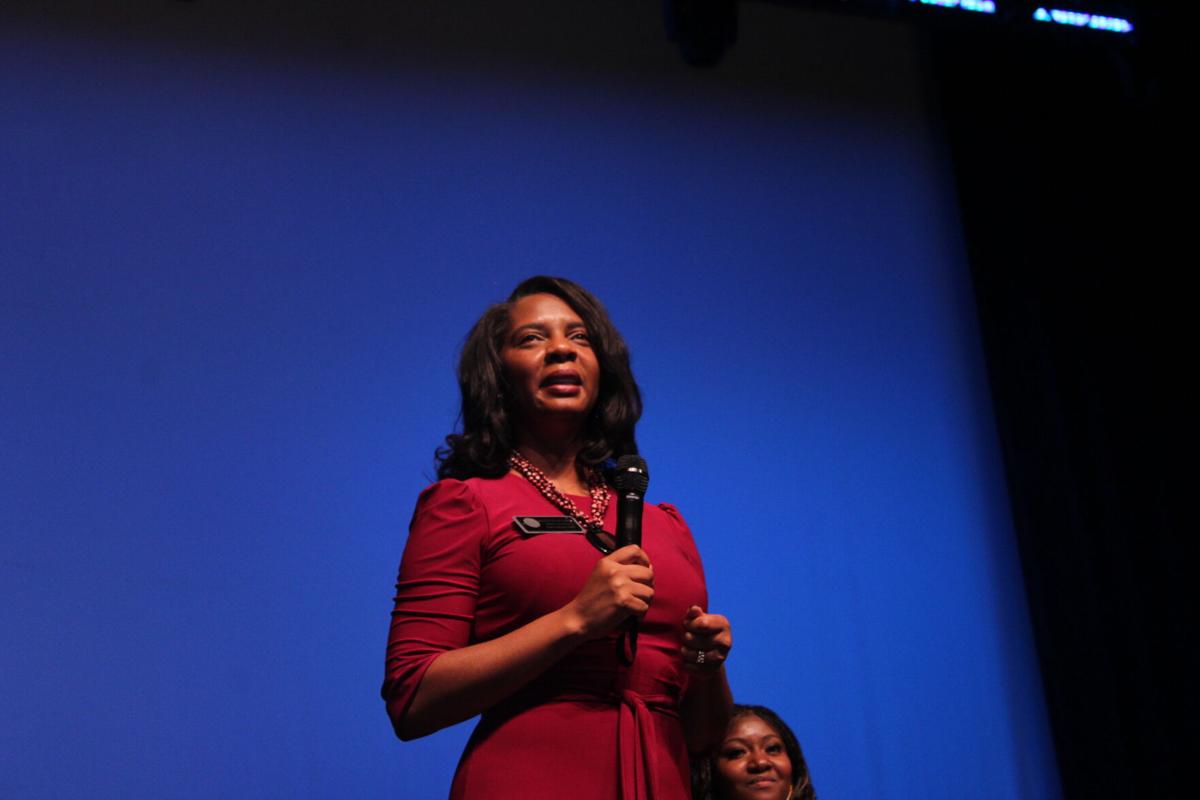 Cobb County District Attorney Joyette Holmes addresses participants and those watching the public forum between police and youth. "The dialogue is necessary," she said. 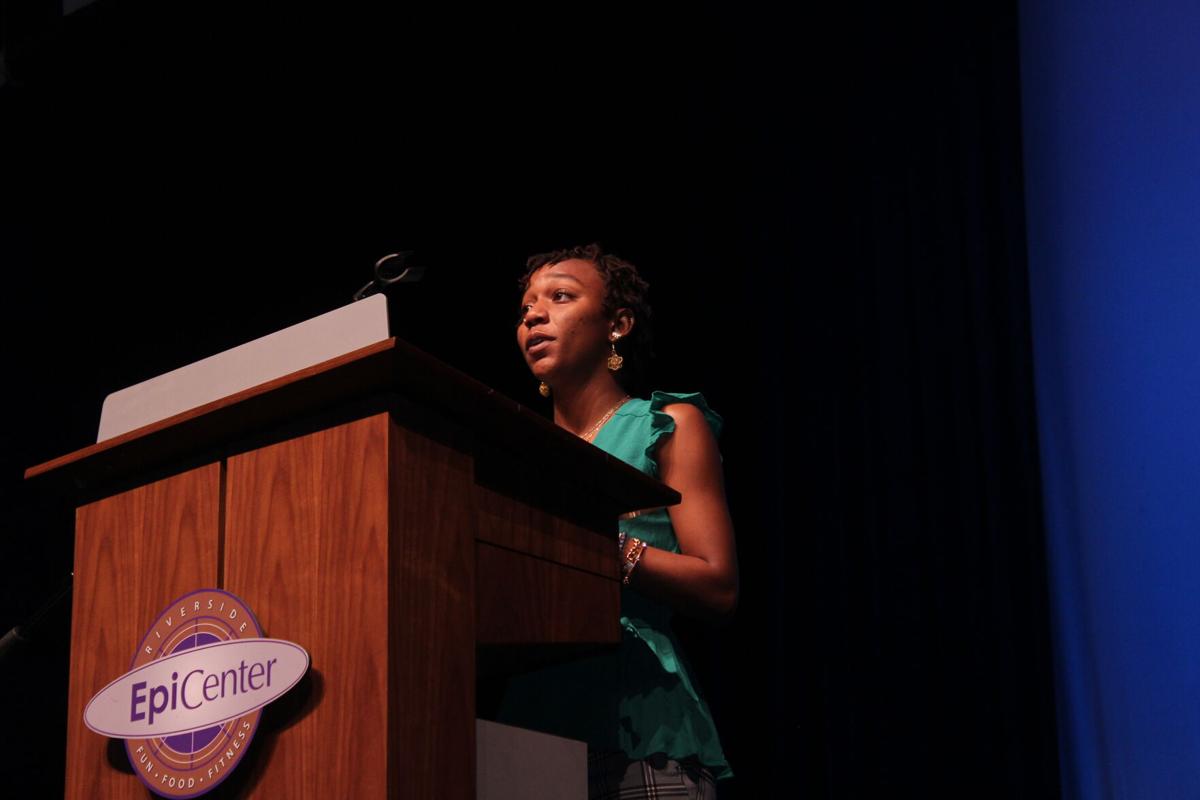 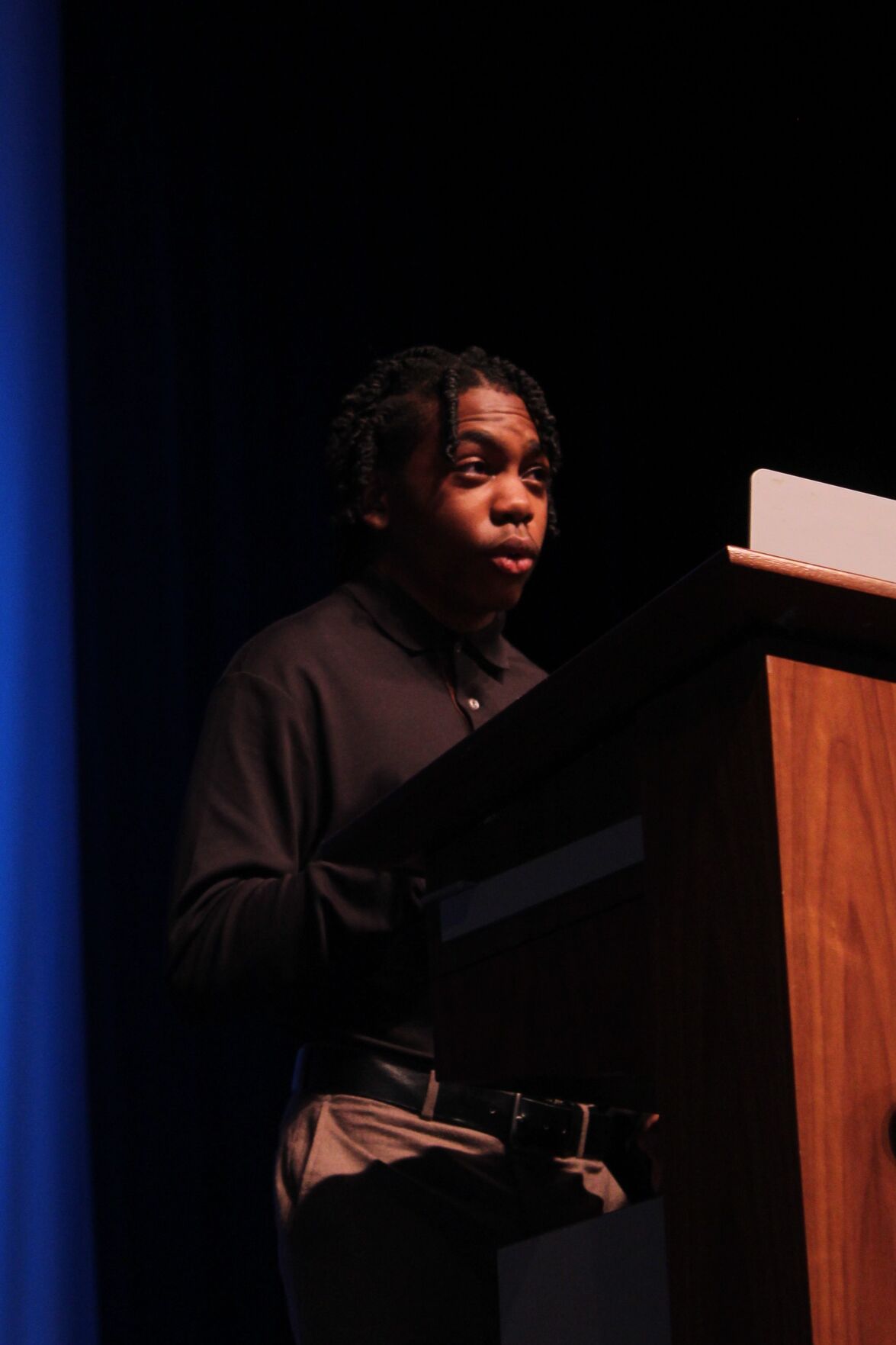 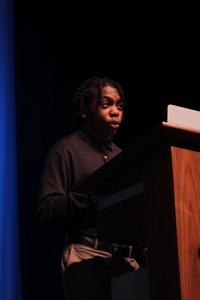 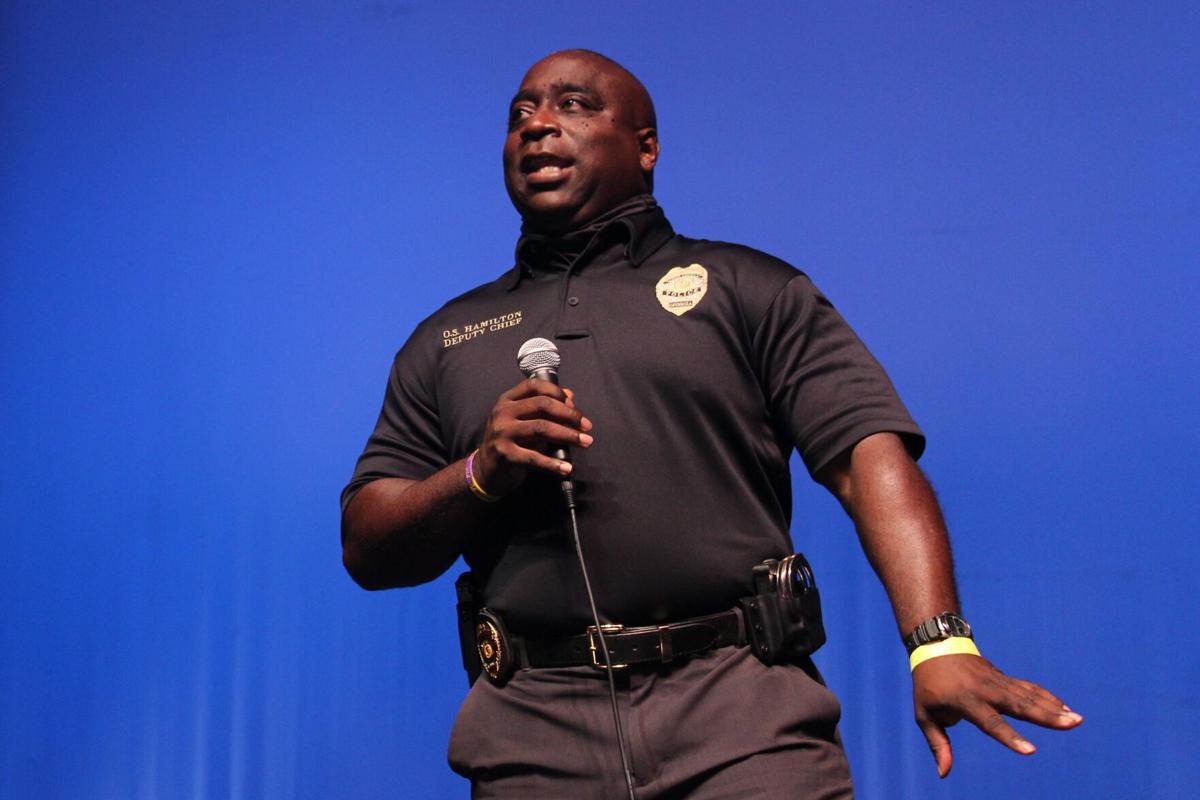 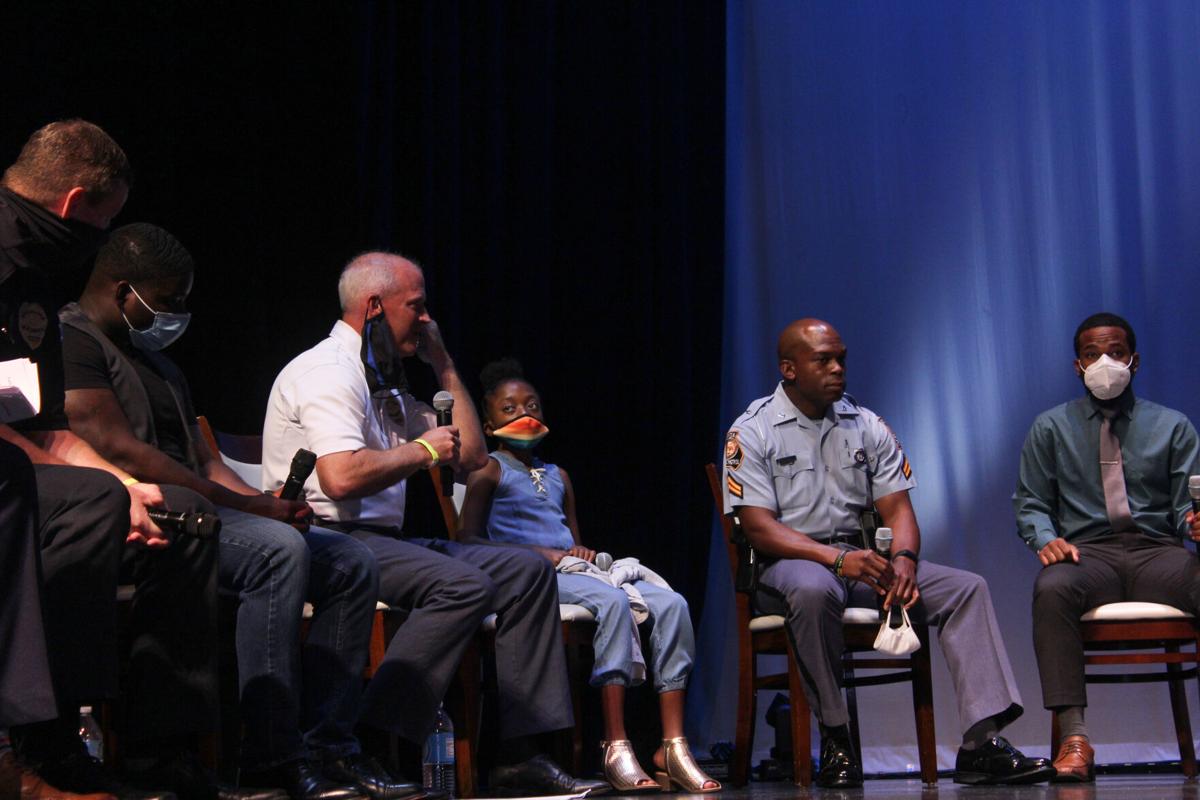 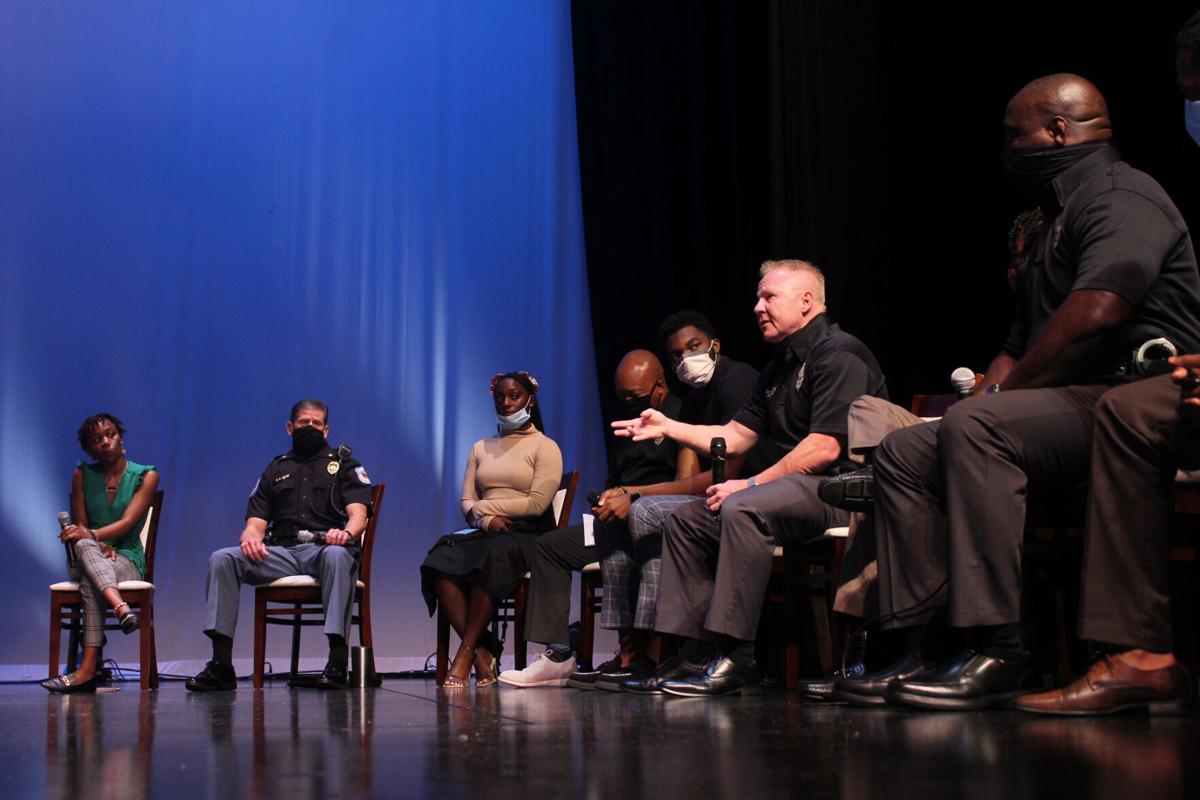 Isaiah Plater, center, speaks to officers at the public forum.

"I don't say "black lives matter," for the brand or the company, I'm saying it because we do matter as humans, we need to fix the injustice that's happening currently in our country," he said.

Lailah Morgan, 13, speaks to law enforcement officers at the forum.

Cobb County District Attorney Joyette Holmes addresses participants and those watching the public forum between police and youth. "The dialogue is necessary," she said.

At “The Dialogue,” 10 youth ages 13-22 were panelists with Cobb County police officers and a Georgia State Patrol officer, to discuss racism and police brutality and develop policy ideas. The forum, hosted by former state Rep. Alisha Thomas Morgan and Marcus Coleman, was limited to online-only due to coronavirus concerns, but was live-streamed on Facebook on the Riverside EpiCenter page.

After a discussion that was mostly friendly but tense at times, the young people joined the officers for lunch in small groups and agreed on a core list of potential new policies for Cobb County Police Department, including: mandatory therapy for officers after a traumatic experience, increased time for annual decision-making training, and establishing an apprenticeship program between new recruits and more experienced officers.

Morgan Tinsley, one of the young adult panelists who helped organize the event, said she felt both groups understood each other better.

“I think that the discussion was necessary,” she said. “I feel like I know more about what their job is, as a police officer now, as well as I feel as though I understand better where they’re coming from...I also believe it was a natural conversation, so it was easier for all of us to be able to hear each other, understand each other.”

Morgan told the MDJ that during the event, youth participants told her they want to facilitate similar dialogues with other police departments in the area and beyond. If there are future forums, they will be youth-led, she said.

“It was everything I hoped for and more,” Morgan said. “I was so inspired by the young people. They’re so passionate and so smart, and they’re so ready for change. I wish more of us would talk and try to understand each other.”

Cobb Police Deputy Chief Scott Hamilton said a lot of good ideas came out of the discussion, which will go through the department’s policy review process. He said Chief Tim Cox couldn’t attend the forum because of a prior commitment.

“The young people put us on the spot today, and I’ll be honest with you, I think that’s very good,” Hamilton said. I think sometimes we police officers kind of need to be taken out of our comfort zones. We have to be transparent, and the only way you’re really going to be transparent is if you’re asked that type of questions, and we were asked some very difficult questions today. I’m very proud of all of the officers today.”

For the full public forum discussion from “The Dialogue,” visit bit.ly/2P65f17.

Renters paying premium price for their homes in Rome

Pastor tells parishioners 'You'll Be Back' in viral parody