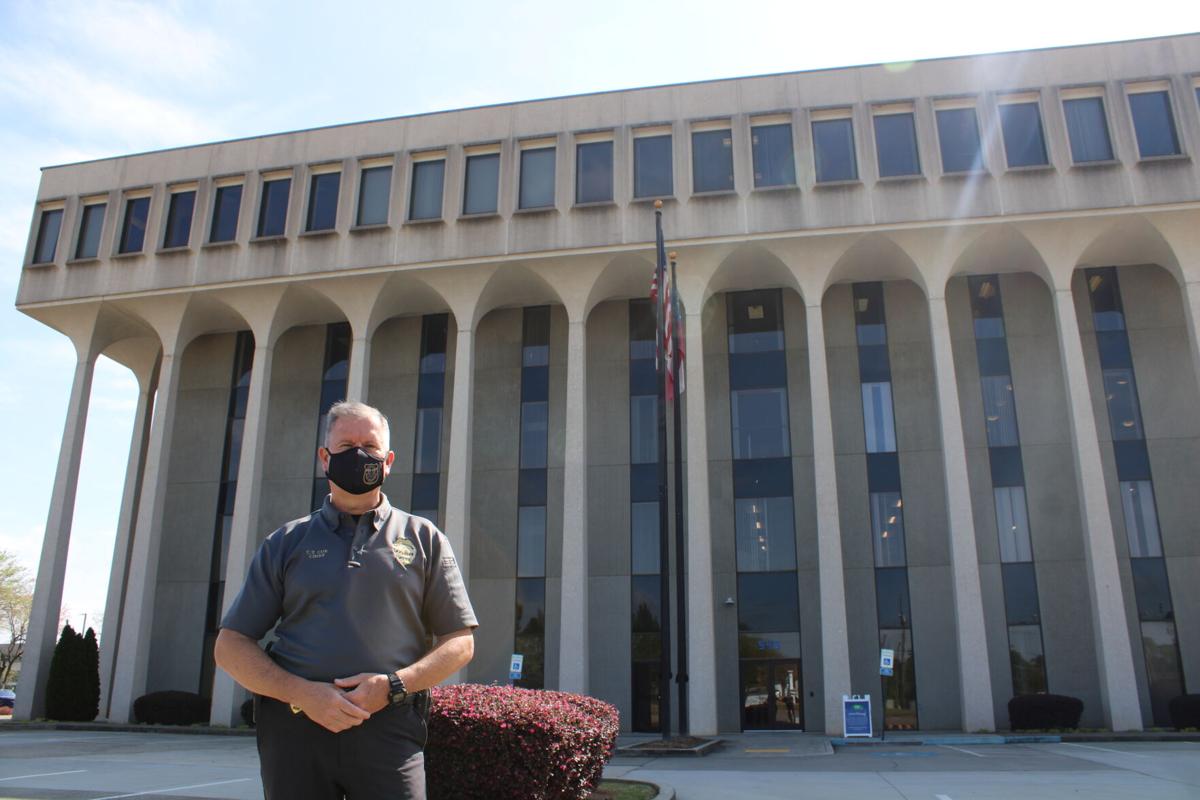 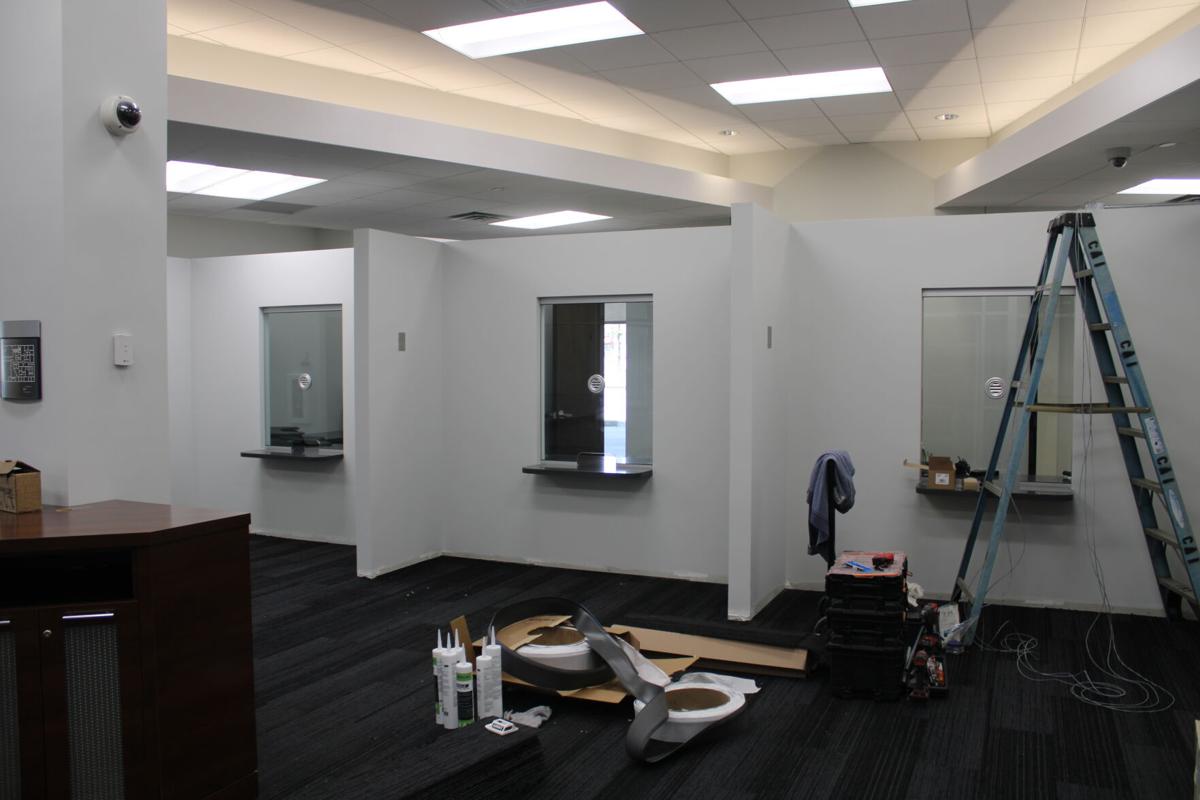 At Cobb Police's new headquarters off Fairground Street, the former bank's teller kiosks will be converted to alcohol permitting desks. The department processes between 13,000 and 14,000 such permits each year. 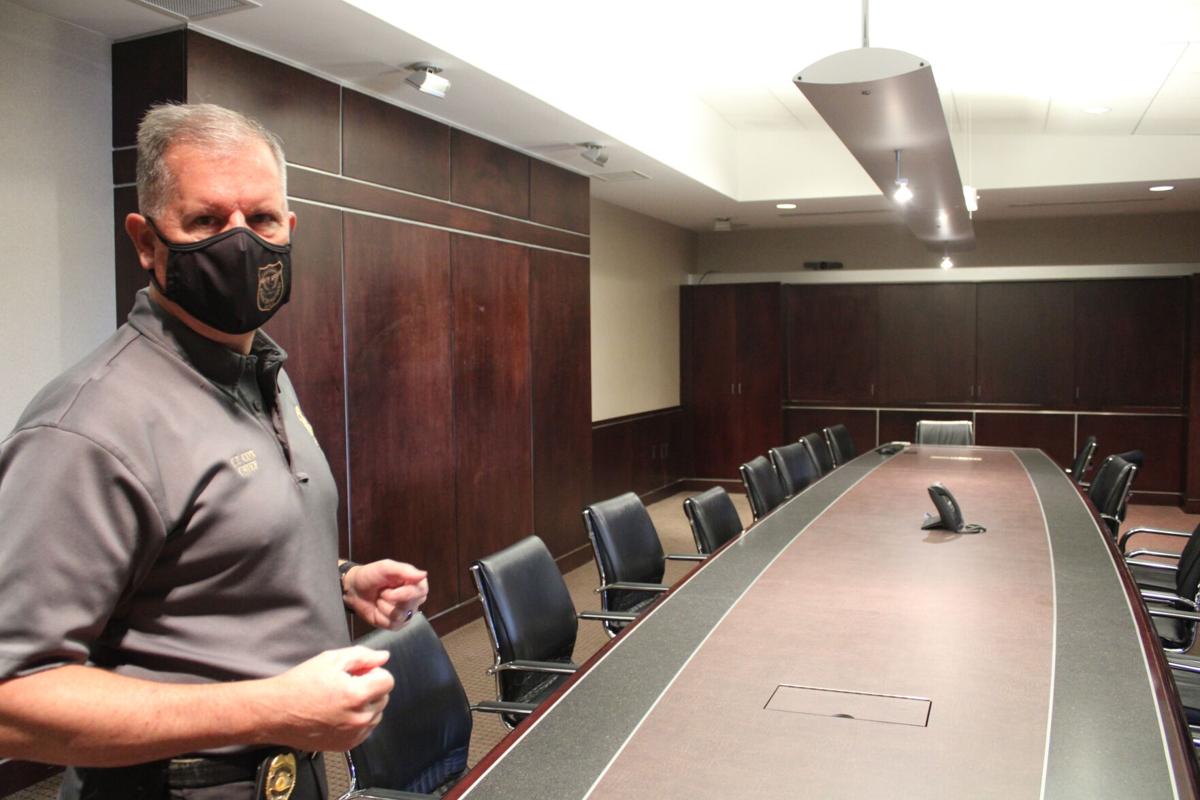 Cobb Police Chief Tim Cox stands in his new boardroom, part of the chief's executive suite, on the top floor of the department's new headquarters. 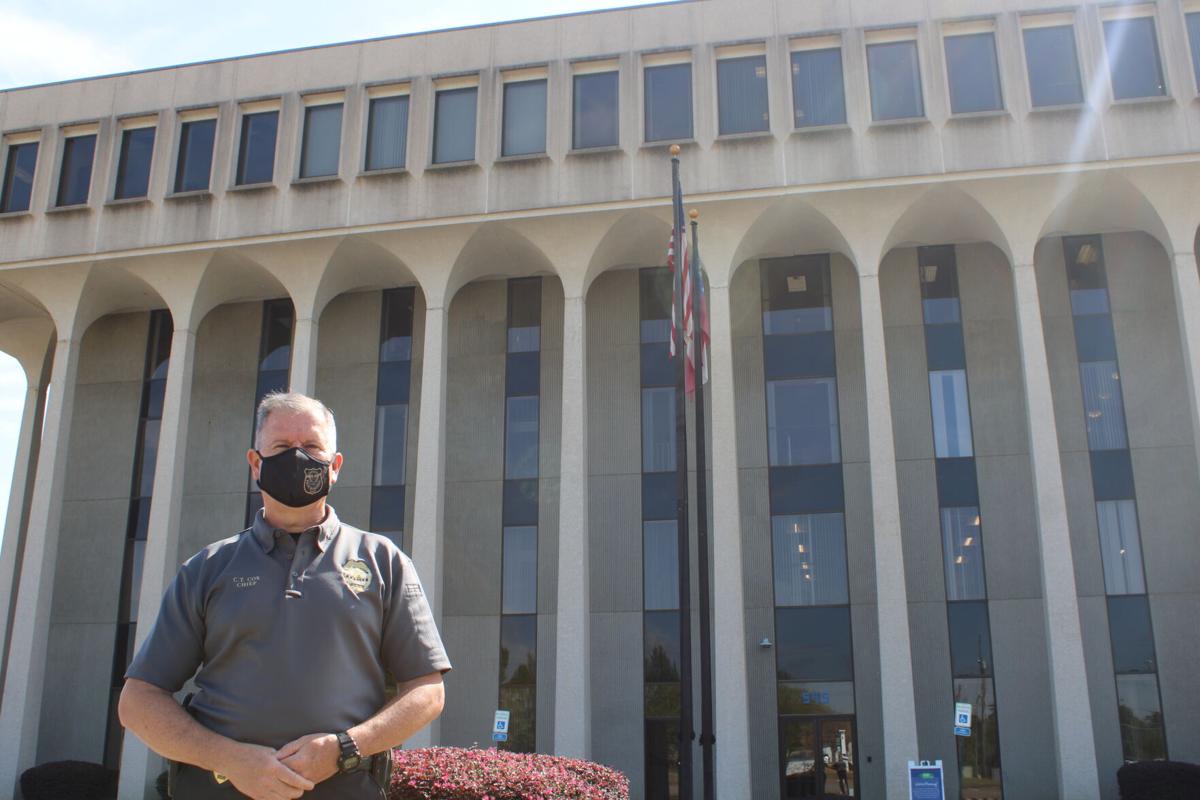 At Cobb Police's new headquarters off Fairground Street, the former bank's teller kiosks will be converted to alcohol permitting desks. The department processes between 13,000 and 14,000 such permits each year.

Cobb Police Chief Tim Cox stands in his new boardroom, part of the chief's executive suite, on the top floor of the department's new headquarters.

MARIETTA — For as long as Cobb Police Chief Tim Cox has been with the department — 36 years and change — county police have lived out of the crowded, brick headquarters at 140 North Marietta Parkway.

Those days are coming to an end as Cobb Police move into their new base of operations at 430 Commerce Park Drive, just off Fairground Street, better known as the (former) LGE Community Credit Union building.

Over the course of a Friday morning tour, Cox said the five-story structure, with its distinct towering columns and arches, will make for a roomier setup for the department and a much-improved location to serve the public’s needs.

Entering through the double front doors, where a sandwich board sign advises customers the building is no longer the place for check deposits, Cox pointed out the two areas which most residents will become best-acquainted with.

To the left, Cobb PD has retrofitted the bank teller area as a processing center for alcohol permits with four kiosks. Given that the county processes between 13,000 and 14,000 such permits per year, Cox said the added space will be a boon for one of the department’s busiest services.

Across the lobby will be the new records desk, where residents can obtain police and accident reports. The records desk at the old headquarters will be closed next week, before reopening at the new location Friday, April 16.

Cobb County bought the LGE Building with SPLOST dollars in 2018 for about $13.5 million, and leased it back to the bank for the following two years until LGE fully moved out in November 2020. Thus far, another $104,000 has been spent on IT services for the property.

The North Marietta Parkway building, meanwhile, will continue to house a few detective squads, along with 911 and emergency management personnel, but will be closed to the public.

“This is going to give them the opportunity to consolidate a lot of their operations that were otherwise in different locations,” Crider said. “Which … is very effective for better communication among the different areas of the police department.”

Steve Gaynor, president of the Cobb Fraternal Order of Police, echoed that sentiment.

“Right now, detectives are spread out around five different precincts. This way ... you got more team players if you need to put more people on that particular case. At the precinct level, it really was unheard of for me in Precinct 2, if I needed assistance, to call somebody from another precinct and they would come over,” Gaynor said.

In the rear of the new building, the county is working to repurpose the bank’s old Diebold vault into crime-scene evidence lockers. And that’s just the ground level.

Floors two and three will house the county’s homicide detectives and tactical units, who Cox said should be migrating over around June. He’s also set aside a large room for a real-time crime center, which he is optimistic commissioners will fund later this year.

The fourth floor, meanwhile, has mostly been finished for internal affairs personnel for the county’s entire public safety department. Then there’s the top floor, home to the boss himself.

A nondescript door marked “Chief’s Office” belies the wood-paneled executive suite, formerly the domain of LGE’s president, which Cox will call home. He’s particularly excited about the boardroom, which the department has already used for recruitment interviews and other virtual events.

The new site’s assets aren’t limited indoors. Standing by one of the windows overlooking the rear of the property, Cox gestured to the significantly increased parking area, which should ease some headaches for his officers. The department will also be building a single-story vehicle evidence garage on-site in the future.

By midsummer, Cox said, Cobb Police should be fully relocated to the new headquarters.