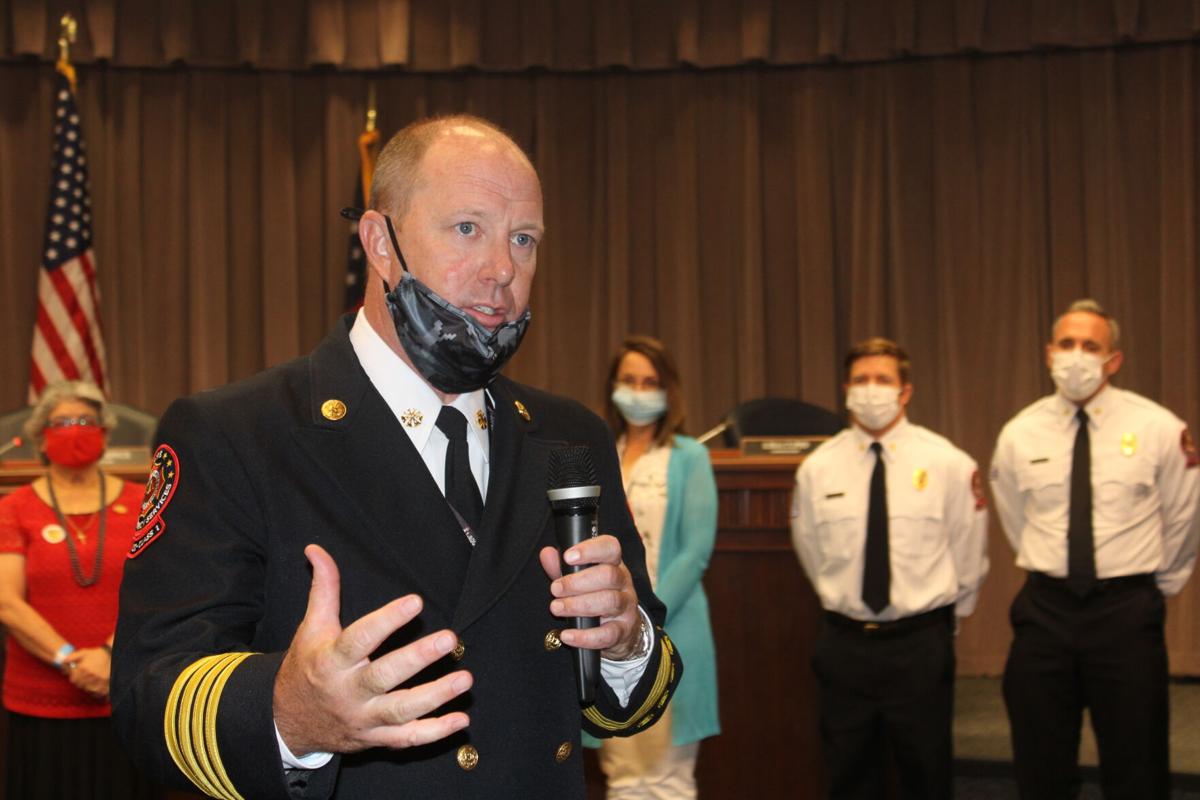 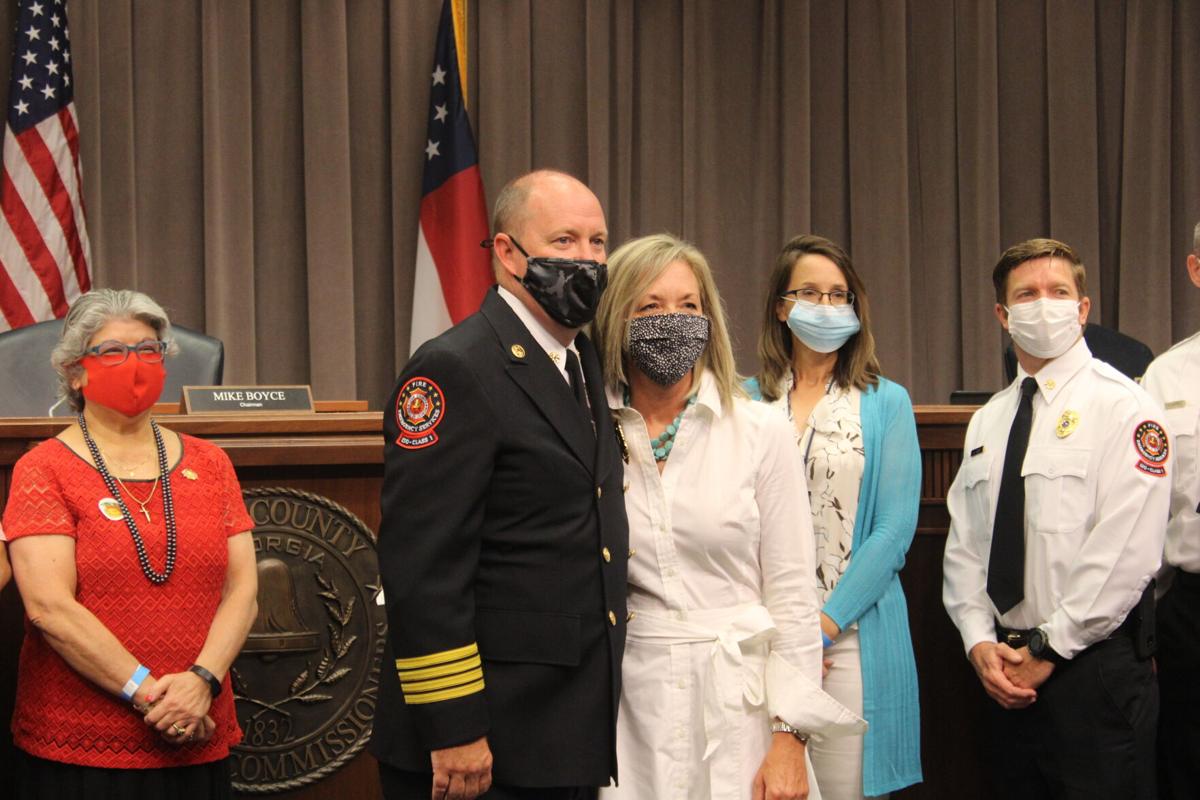 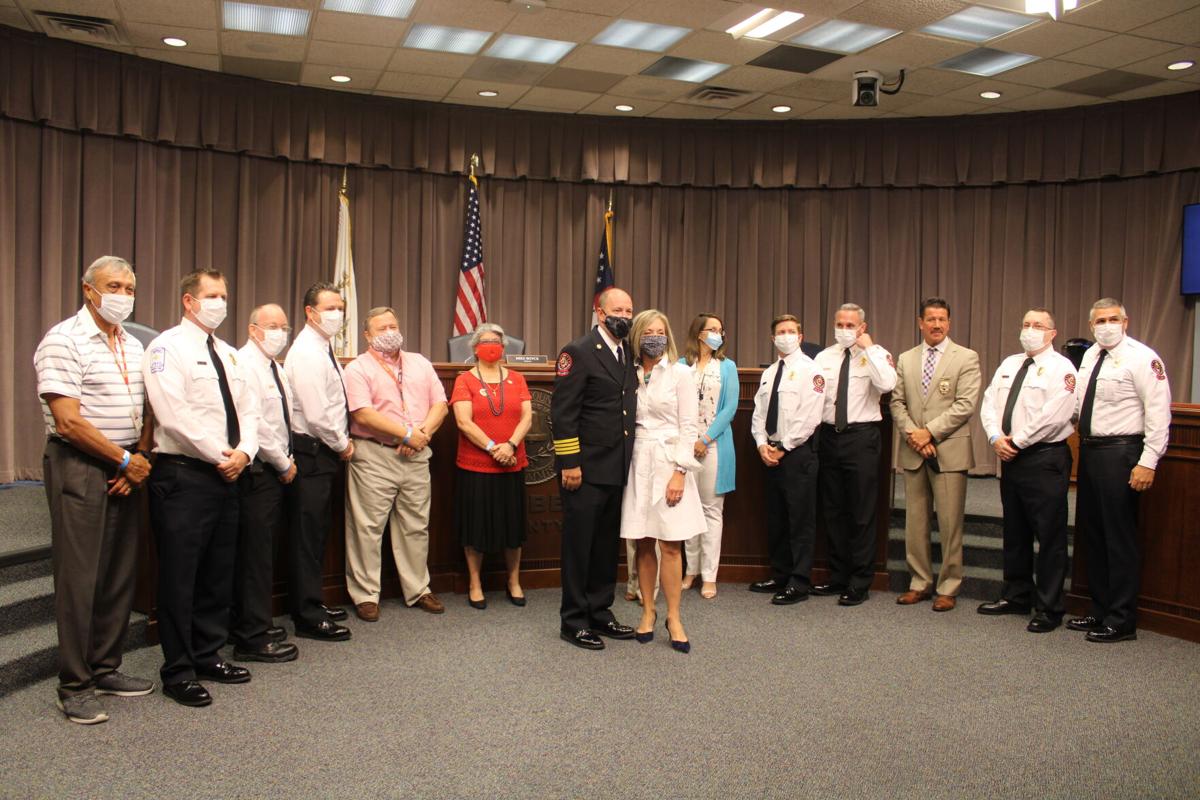 The Cobb County Fire Department has a new leader.

The Cobb County Board of Commissioners voted unanimously to appoint William Johnson to the role of fire chief during a public meeting on Tuesday morning, promoting the 26-year fire department veteran from his position as deputy chief.

After the board voted 5-0 to appoint Johnson to lead the fire department, Chairman Mike Boyce waved to the new chief, directing him to the front of the room.

"To the commissioners, thank you," Johnson said. "Thank you for your support. Thank you for entrusting me to be your fire chief."

Johnson, who has served as a deputy fire chief since 2016, brought a team from the fire department to the front of the room with him.

With a trembling voice, the visibly emotional Johnson called his wife from the back of the room to join him in the commissioner's meeting space. Together, along with the commissioners and team members from the fire department, they posed for celebratory photos.