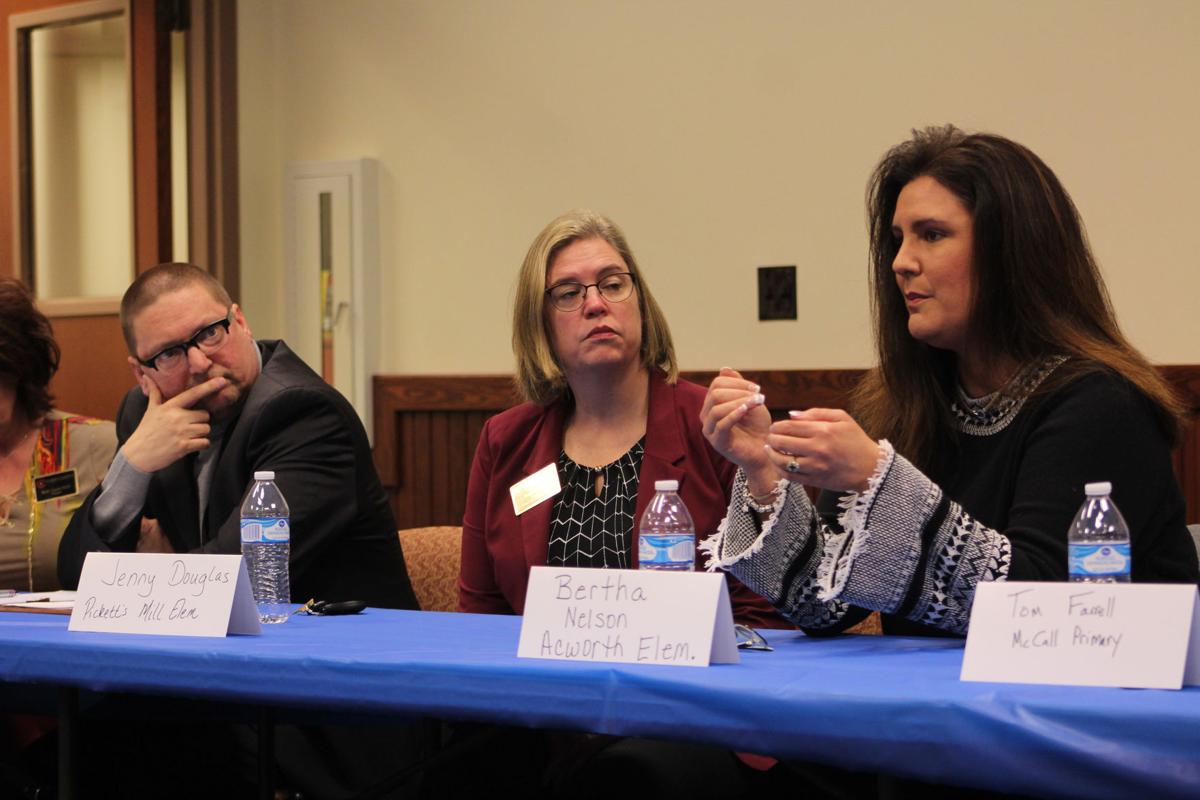 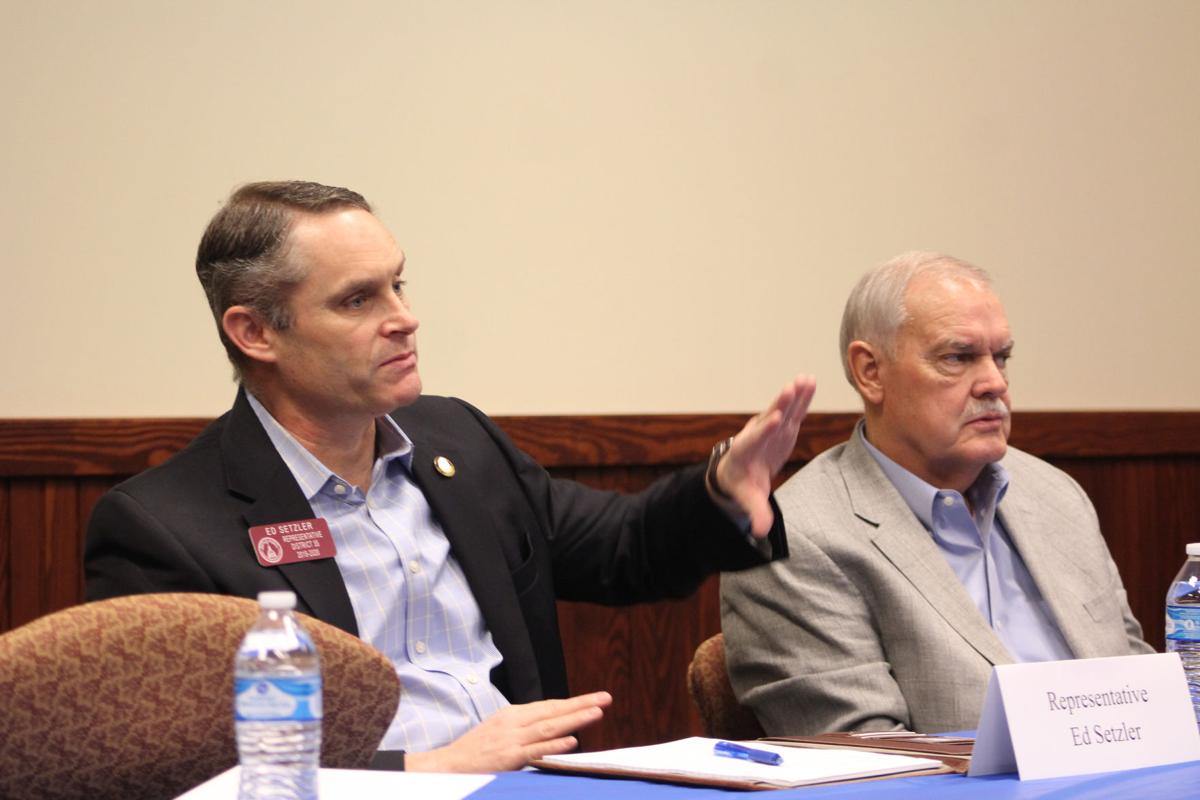 State Rep. Ed Setzler, R-Acworth, left, and state Sen. Lindsey Tippins, R-west Cobb, were on hand Friday morning to hear concerns from Acworth-area public and private school principals. Lawmakers and school officials had been brought together at a breakfast hosted by the City of Acworth, which has held similar events near the start of every legislative session for the last decade. / Staff-Jon Gargis

State Rep. Ed Setzler, R-Acworth, left, and state Sen. Lindsey Tippins, R-west Cobb, were on hand Friday morning to hear concerns from Acworth-area public and private school principals. Lawmakers and school officials had been brought together at a breakfast hosted by the City of Acworth, which has held similar events near the start of every legislative session for the last decade. / Staff-Jon Gargis

ACWORTH — In a week that saw school safety initiatives come from both the state and local levels, security concerns were at the top of the list for school administrators who addressed two Cobb legislators in Acworth Friday morning.

The event was an annual breakfast hosted by the city that brings together lawmakers and educators near the start of the Georgia General Assembly.

“Safety is a big issue, especially in high schools. Our elementary schools are lucky enough and middle schools, to be able to lock down a little bit better than high schools,” North Cobb High School Principal Matt Moody told the local lawmakers. “A high school, even at North Cobb, it’s pretty worrisome, if you will, because there are so many areas that you can just walk on a campus.”

Moody asked if school security would remain a local issue in the wake of the state’s new governor, Brian Kemp, pledging $30,000 to every school in Georgia to beef up security measures.

“People jump on this, saying, ‘We have to have metal detectors.’ Metal detectors aren’t going to work,” Tippins said. “If you have someone who comes into school with a gun that has intent on mayhem, the first thing they’re going to do is shoot the person who is running the metal detector and then walk on into school.”

Tippins said technologies that boost the alertness of school staff and students in a potential emergency, however, would be a better use of security funds. His comments came after Kennesaw Mountain High School Principal Mark Trachtenbroit’s mention of Cobb Schools’ rollout of the AlertPoint system; his school was the first of two in the district to pilot the technology.

AlertPoint is the multi-million dollar crisis alert system being installed at schools across the county. It allows district employees to trigger a lockdown from anywhere on campus with the push of a button located on their school ID badges. As of November, about half of Cobb’s high schools had the system, with district officials hoping to have it installed at all 17 by the start of the next school year.

Setzler said that that while there is a tendency among some legislators “to see a problem and want to run out there and do something about it,” he was seeking input on whether the General Assembly needed to pass legislation mandating specific measures for the state’s schools.

“We could, with this big push for school security, go out and create a line item that says this is for school security, this is funding school safety, and take dollars and fund that. It would certainly serve the interest of showing the public that the Legislature cares about school security,” Setzler said. “This is one of the things we’re looking to get some feedback for — I don’t know that doing that really changes things in a system where our schools in Georgia and our school boards, and largely our principals, have a lot of authority already to make those kinds of decisions. If there’s something we need to do, we’re all ears.”

Cobb Schools earlier this week announced the district’s SafeSchools Alert tip line, which starting Tuesday will allow concerned students to call, text or email tips about bullying, drugs or other threats. Every tip submitted through the system will be logged and routed to an appropriate administrator to investigate and take appropriate action. Tipsters can choose to remain anonymous.

Students can download the SafeSchools Alert app for free on their smart phones. Users can also call or text 470-689-0298, send an email to 1760@alert1.us or report a tip online at 1760.alert1.us. When submitting a tip, users are instructed to use the code 1760 to designate it as related to Cobb schools.

Acworth Mayor Tommy Allegood said Friday’s breakfast event has been held each year for about 10 years, and was started by the city because of the effects educational offerings have on quality of life.

Each year before the Georgia General Assembly convenes in Atlanta, the Henry County Board of Education formally adopts a set of priorities.