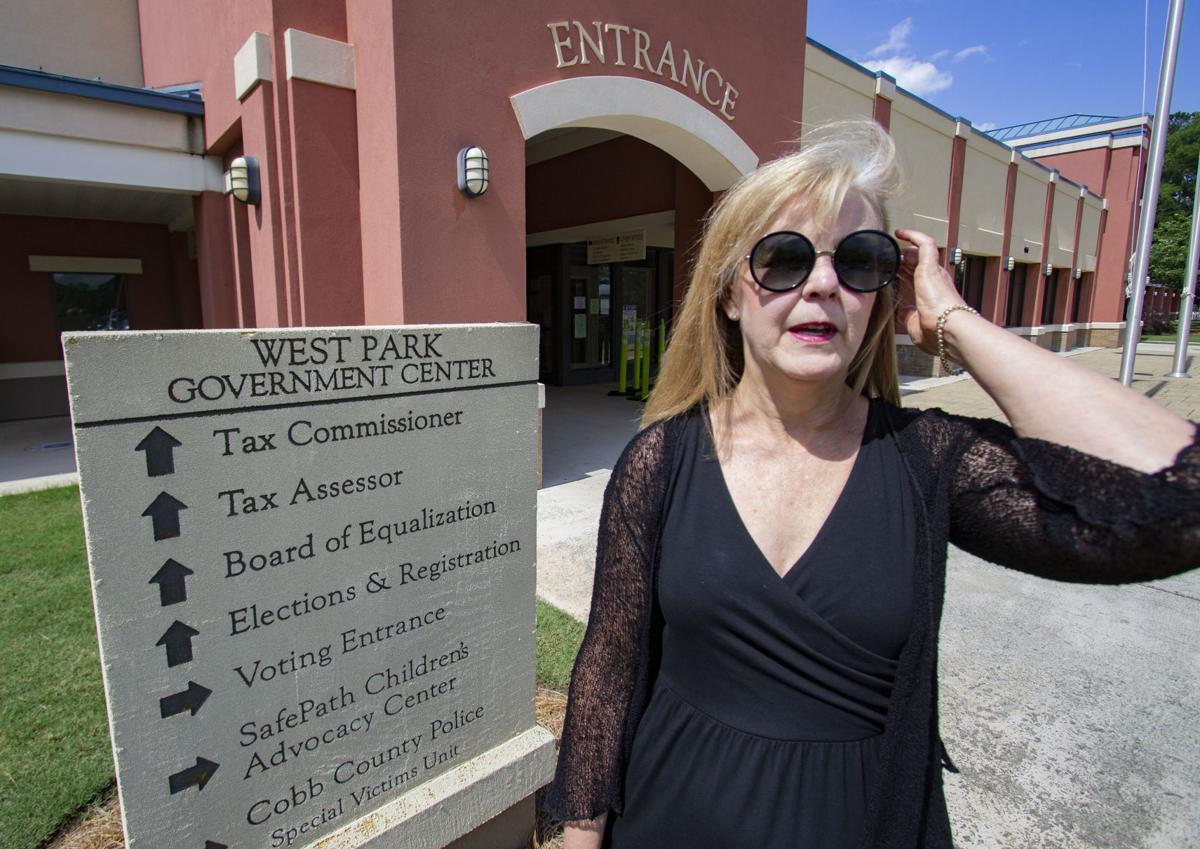 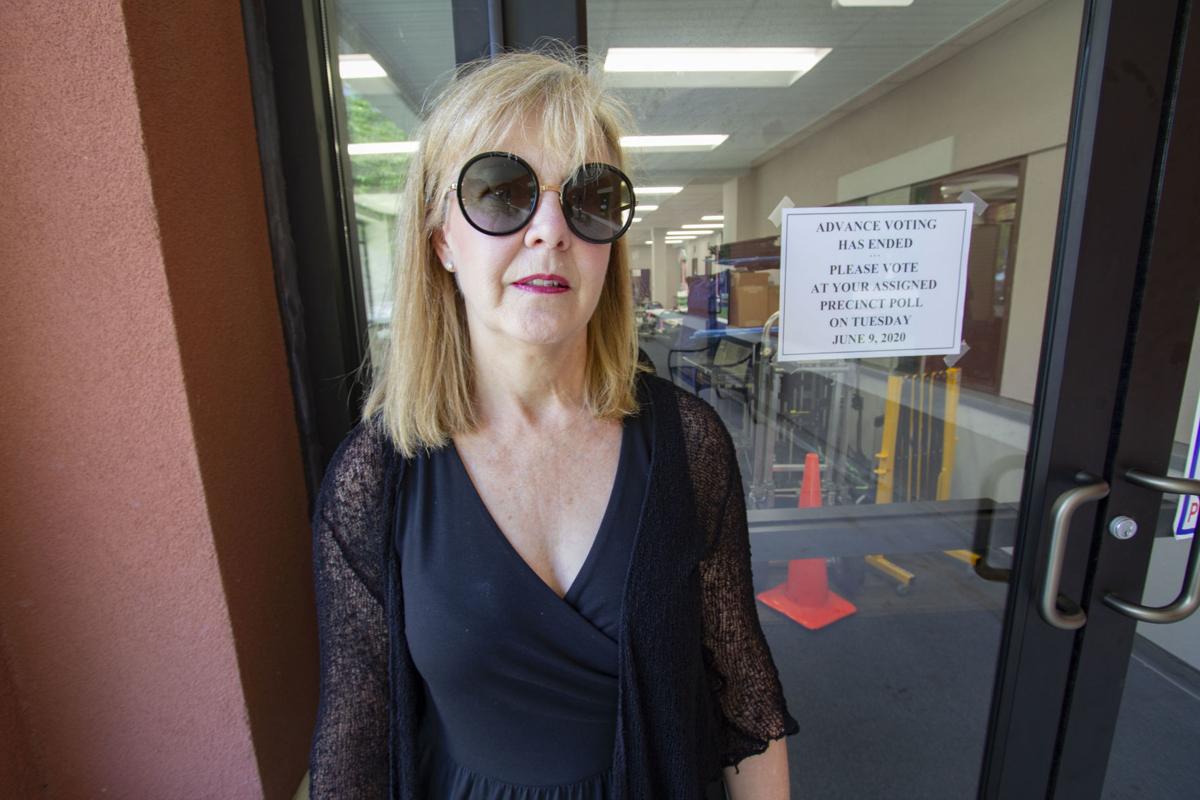 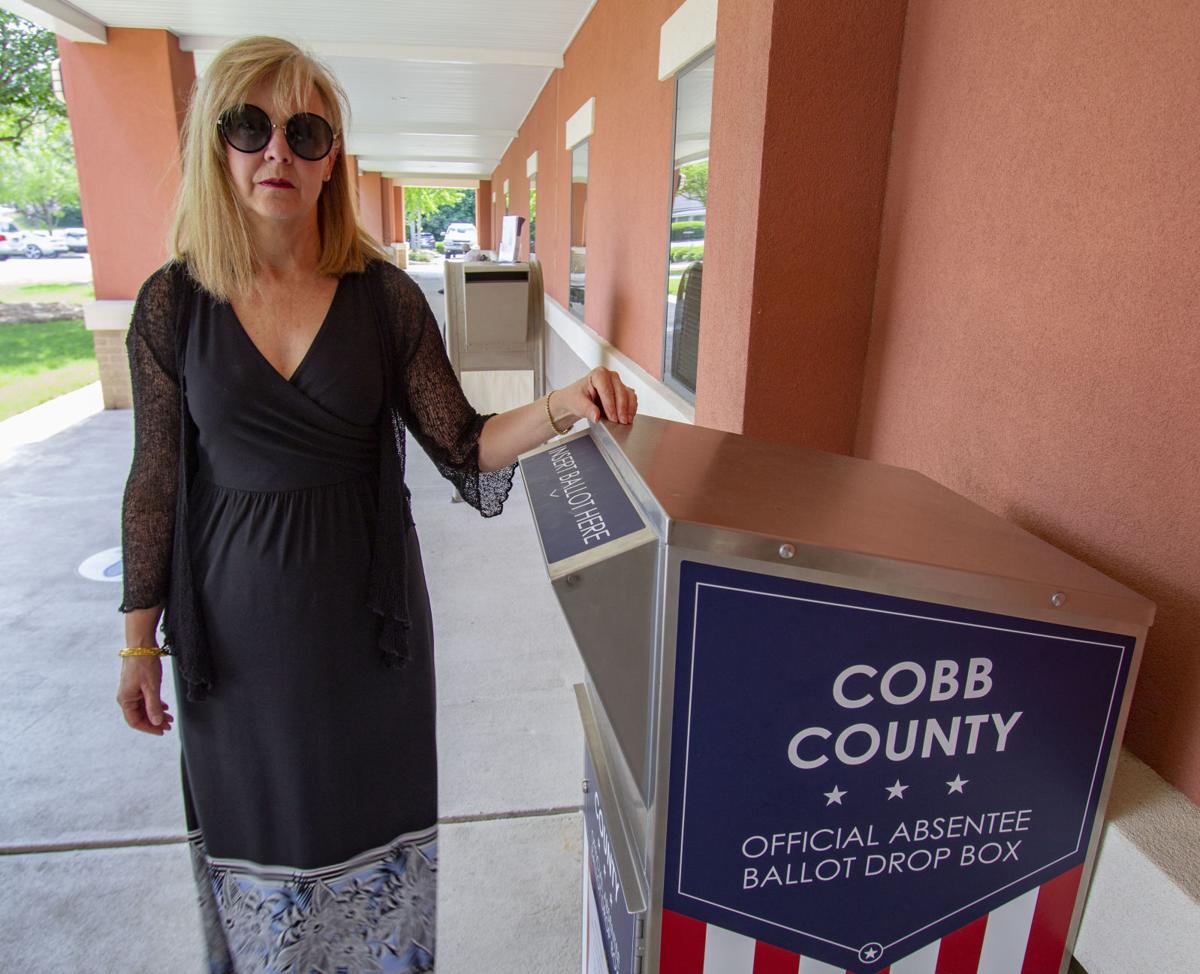 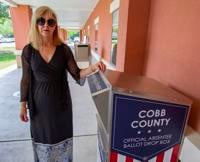 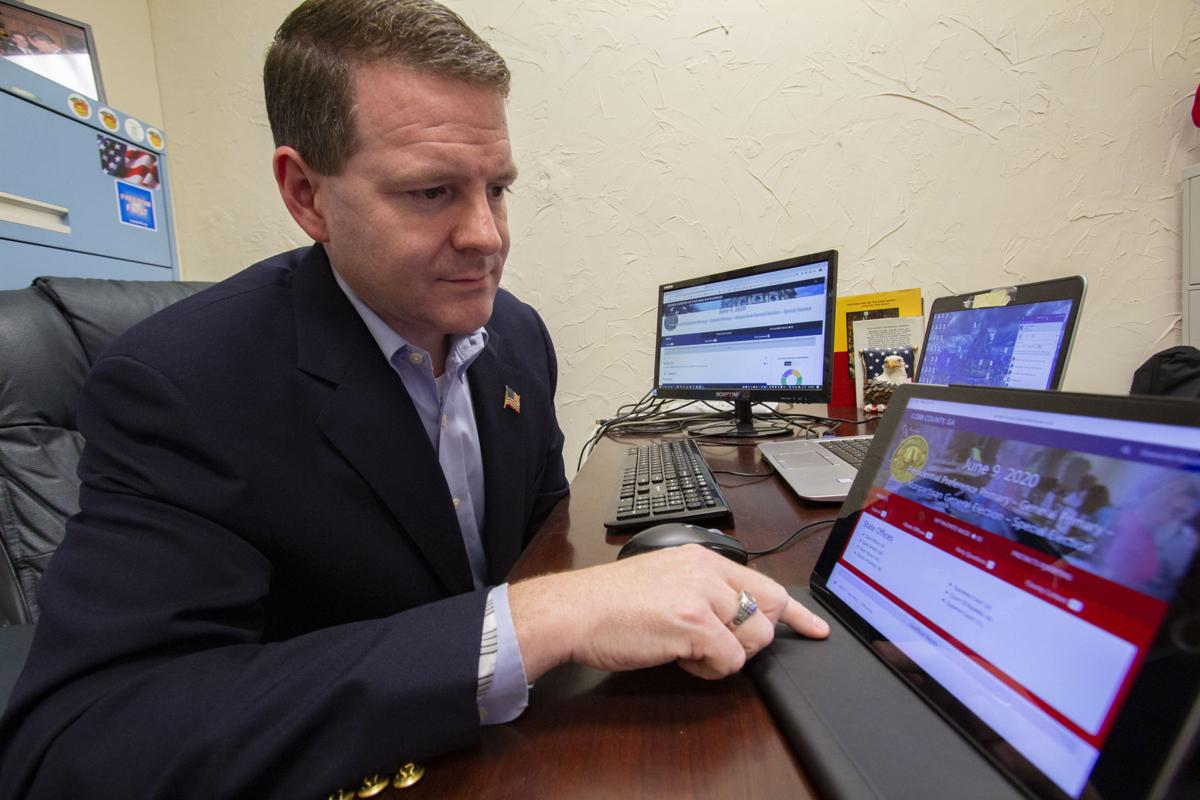 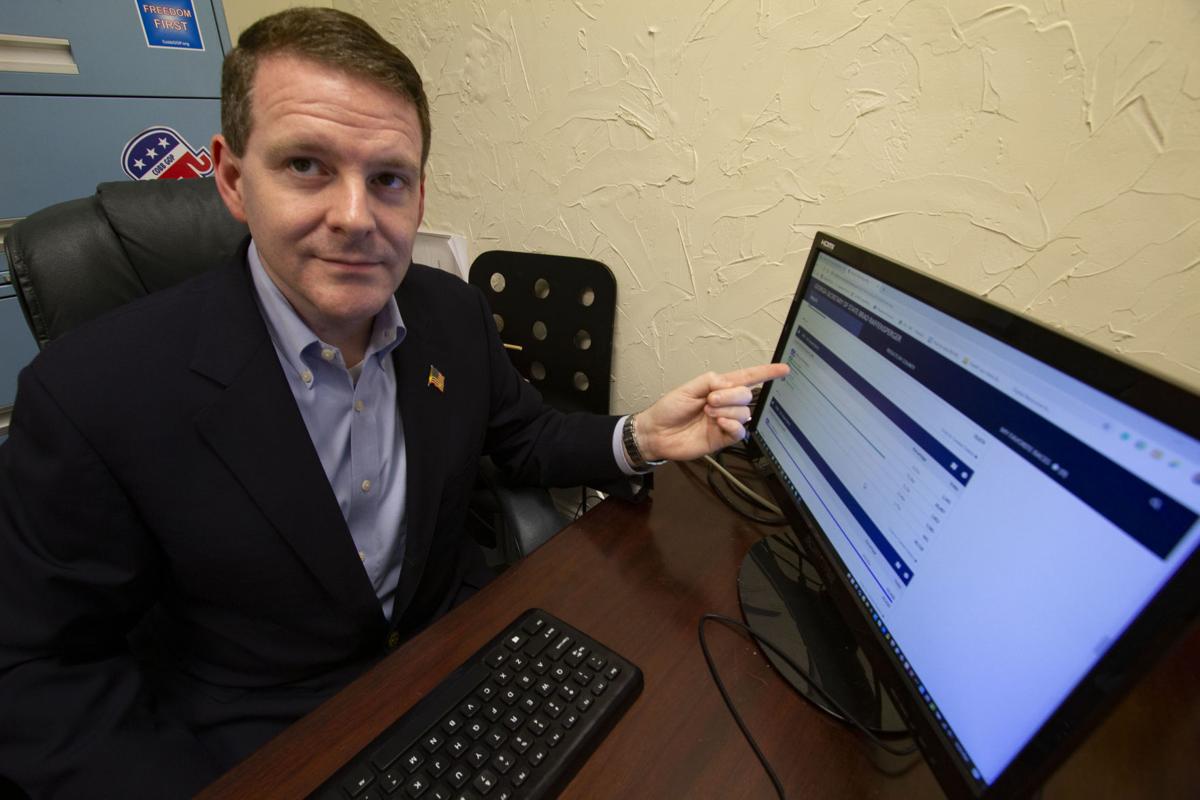 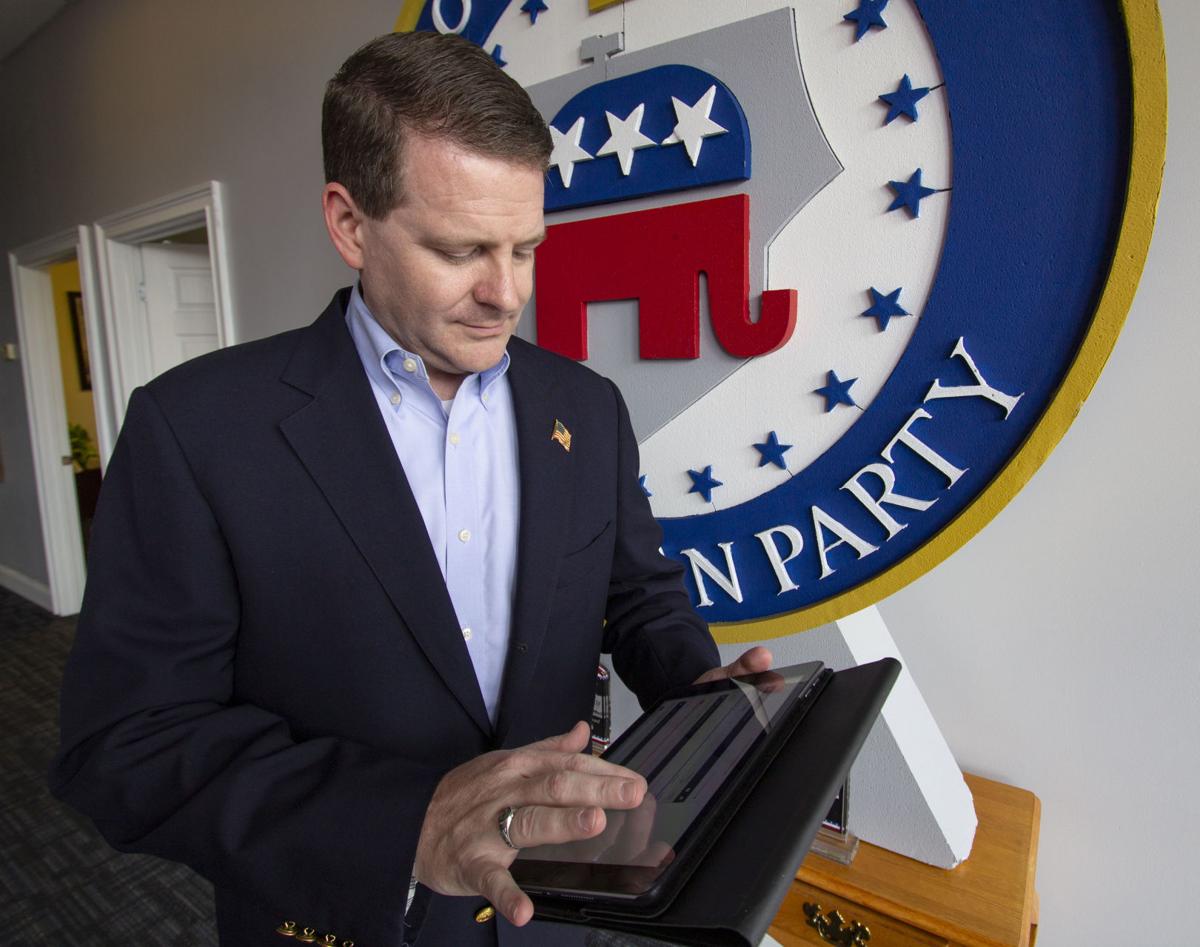 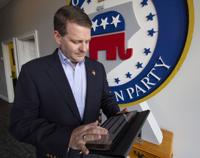 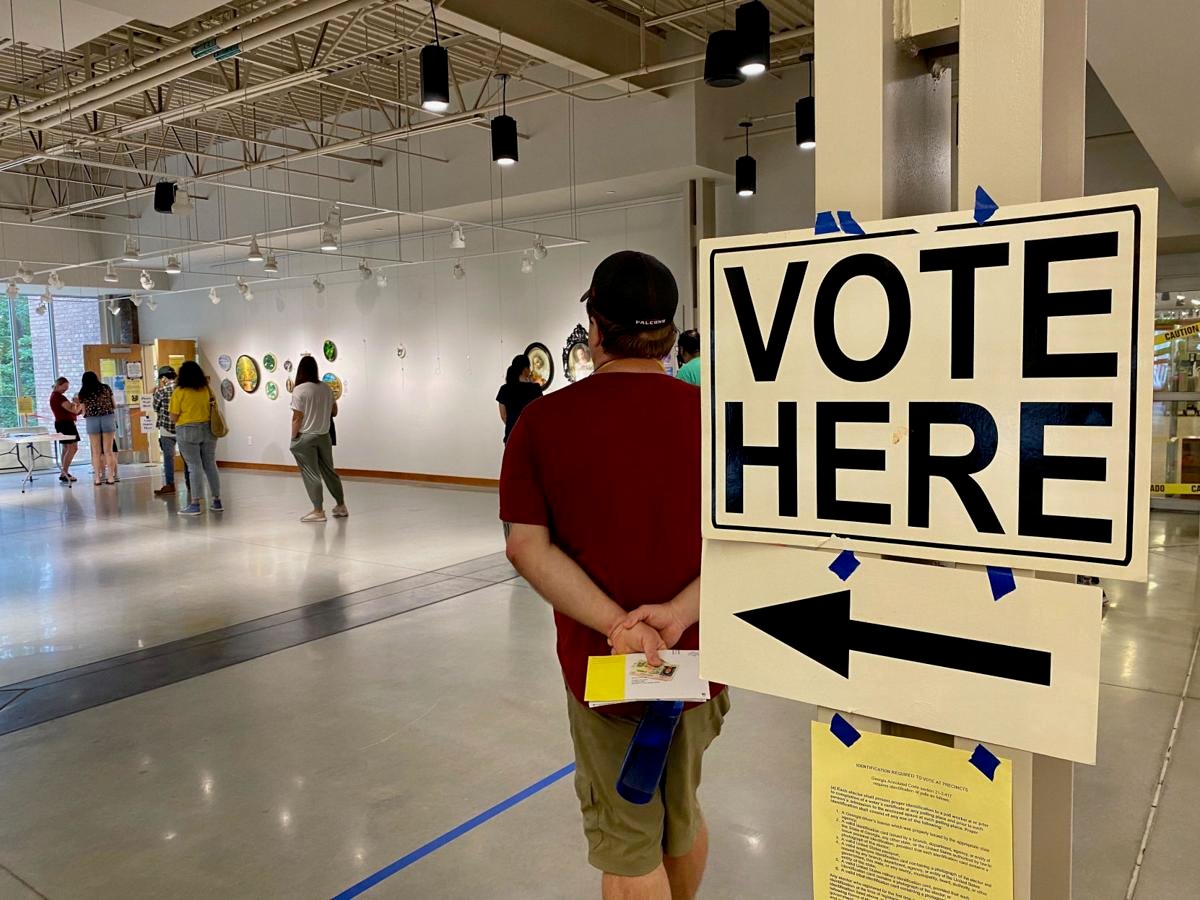 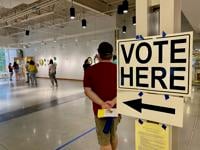 StaffVoters wait in line at the Sewell Mill Library and Cultural Center in east Cobb during the primary.

StaffVoters wait in line at the Sewell Mill Library and Cultural Center in east Cobb during the primary.

MARIETTA — Cobb lawmakers and leaders on either side of the aisle disagree on the severity and reasoning behind the delayed results of the primary election on Tuesday, and whether or not some of the Election Day issues amount to voter suppression.

Republicans say the conditions leading up to Tuesday’s election, impacted by a global pandemic, a sudden loss of many willing poll workers, the markedly higher number of absentee ballots cast and a learning curve on new voting machines understandably slowed procedures and results.

Democrats agree, but say other issues, including three-hour waits in some areas and many of the impacted precincts being located in south Cobb, warrant a closer look at what happened.

The results of Tuesday’s primary and nonpartisan elections are still unclear as tens of thousands of absentee ballots are yet to be counted, according to county election officials.

While throughout Tuesday evening and on Wednesday, the Secretary of State’s website showed most or all precincts reporting results, local officials say those results only reflect votes cast in person.

That means that even in some races that appear to have a clear winner or appear to be headed to a runoff election, it is too soon to actually tell, according to county spokesman Ross Cavitt.

On Election Day, poll workers at some precincts in Cobb had technical issues with voting machines that delayed the precinct’s opening, and voters in some areas experienced up to three-hour delays to cast a ballot. Nineteen voting locations were ordered to stay open an hour later.

Shortly after hearing reports like these, especially in Fulton County, Georgia House Speaker David Ralston, R-Blue Ridge, ordered a lawmaker-led investigation into the “unacceptable deficiencies” of the primary that aims to look at more than poll workers. He said those workers “do not deserve to be blamed for systemic problems beyond their control.”

State Rep. David Wilkerson, D-Powder Springs, chairs the Cobb Legislative Delegation. Similarly, he has called upon Cobb lawmakers to have a discussion on what happened and how to improve the voting system locally.

The general election for partisan posts is on Nov. 3. Nonpartisan offices were decided in this round of voting, unless a runoff is necessary. Runoffs will take place Aug. 11.

An animated and “fired-up,” state Rep. Bert Reeves, R-Marietta, told the MDJ on Wednesday afternoon that Cobb County experienced a “perfect storm,” including bugs in a new voting technology, health concerns in a global pandemic, far more absentee ballots than normal and even thunderstorms that led to more difficult voting procedures and delayed election results.

But he added that compared to counties like Fulton, Cobb fared well. Reeves acknowledged there seemed to be a lack of poll worker training on the state’s new voting machines, which led to some confusion and delay, but he said he is uncertain where accountability lies for that issue.

“I keep hearing about Fulton and DeKalb, that they were a disaster because poll workers didn’t know how to operate the equipment,” he said, adding that local offices will have to answer to that and the state will need to create accountability measures ahead of upcoming elections. “There’s blame to be handed out in multiple directions there, and I don’t know the answer. ... (But) when is the last time we’ve had an election and something hasn’t gone wrong in Fulton and DeKalb?”

However, he continued, election workers have warned for weeks that voting would be slower than normal, given social distancing requirements and safety measures that saw voting machines spaced 6 feet apart, required sanitation between each voter and other time-consuming measures. Reeves also said the much larger number of absentee ballots cast in this election than in elections prior can’t realistically be counted in a single day.

“It’s not reasonable to expect that we will have results on Election Day,” he said. “And anybody that thinks that our election staff in our very highly populated county should be able to do that, they’re living in an alternative reality.”

Cobb GOP Chairman Jason Shepherd agreed with Reeves. Shepherd said voters are used to having instant election results since touchscreen voting began in the early 2000s. He said before then, when voting was still conducted on paper, every ballot had to be counted by hand or through scanning.

“We can see the problem that we have with going back to more of these paper ballots and the time it takes,” Shepherd said. “You add on top of that the need to social distance, which reduces the number of people that are going to be working on counting the ballots, and this is what you kind of end up with.”

The GOP chair said he’s watched Democrats and others cast blame on Secretary of State Brad Raffensperger and local elections officials. He called it “unconscionable.”

“It’s people doing the best they can with the limited resources they have,” he said.

Jacquelyn Bettadapur, chair of the Cobb Democratic Party, takes a different stance on the voting issues she saw reported.

Bettadapur said she doesn’t take issue with the absentee ballot counting delay as she recognizes elections offices were overwhelmed by the volume of ballots coming in. What she has a problem with is the technical issues that led to voting delays.

“I believe that there was no preparation, no training. I think that they thought that the absentee ballot initiative would take the load off the precincts ... (and) early vote centers and they weren’t expecting as many people to show up,” she said. “That was a bad assumption.”

Bettadapur also said while as many as 20 machines had been delivered to be used at some voting precincts, far fewer were actually used. Elections officials say that is a result of social distancing requirements, but Bettadapur said she’d heard reports that there wasn’t enough supporting equipment, like scanners to tabulate the paper printouts voters would receive.

In terms of the hourslong delays that some voters experienced and the technical difficulties that caused them, Bettadapur called it “interesting” that much was isolated to south Cobb. She said the issues rise to the level of voter suppression.

“I keep going back and forth. Was it just incompetence or was there some sort of malevolence involved? And I think it was some combination of the two,” she said. “I’m getting tired of hearing all the reasons that we can’t do more.”

The Democratic Party chair said when she and others have suggested opening up early vote centers for more time or adding absentee ballot drop boxes, they’d been given reasons why that wasn’t possible. She said she’d like to see a revamp of the voting process in Cobb County.

“We have some problems we need to fix, and we can solve them, if they want to,” she said of local elections officials. “I just don’t think they want to.”

Wilkerson has called upon Cobb County commissioners, the Cobb County Board of Elections and “any willing lawmaker,” to discuss what happened and how to prevent it from happening again.

He said every qualified person in the county who wants to cast a ballot, whether in person or via absentee, should get to. That didn’t happen on Tuesday, he said.

“I think it’s incumbent upon us to look at what went right, what went wrong and to fix it together,” Wilkerson said. “But that is going to require that everybody acknowledge that we had issues and then to fix those issues.”

Like Bettadapur, Wilkerson pointed out that most of the 19 out of Cobb’s 144 precincts that reported having technical issues and delays were in south Cobb. Six, he said, were in his district.

To claims of the issues being a result of “the perfect storm,” Wilkerson said, “there’s no such thing.”

“We knew there was a virus going on, we knew that we would have social distancing, we knew that people were getting absentee ballots and we knew that we couldn’t get poll workers,” he said. “So it’s just a matter of: We know this now. What are we going to do differently in November?”

Whatever the case, ballots will continue to be counted through Friday, according to elections officials.

EDITOR’S NOTE: All vote counts reported in today’s edition were as of midnight Tuesday with 106 of 144 precincts in Cobb reporting. For furthe…

It’s funny if the Democratic candidates don’t win its voter suppression. If they win everything is good.

Are you looking for a house? Here are the newest real estate listings in Macon

8th pedestrian death in Volusia in 2021: Woman hit and killed by vehicle in Holly Hill