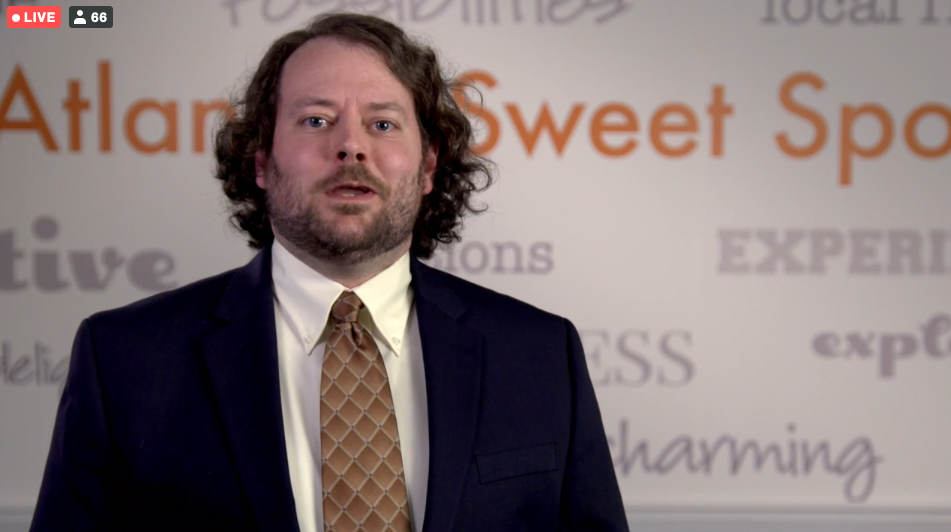 Economist Bram Gallagher, with CBRE Hotels’ Americas Research, said hotels in the Cumberland area have been hit harder than others in Cobb. 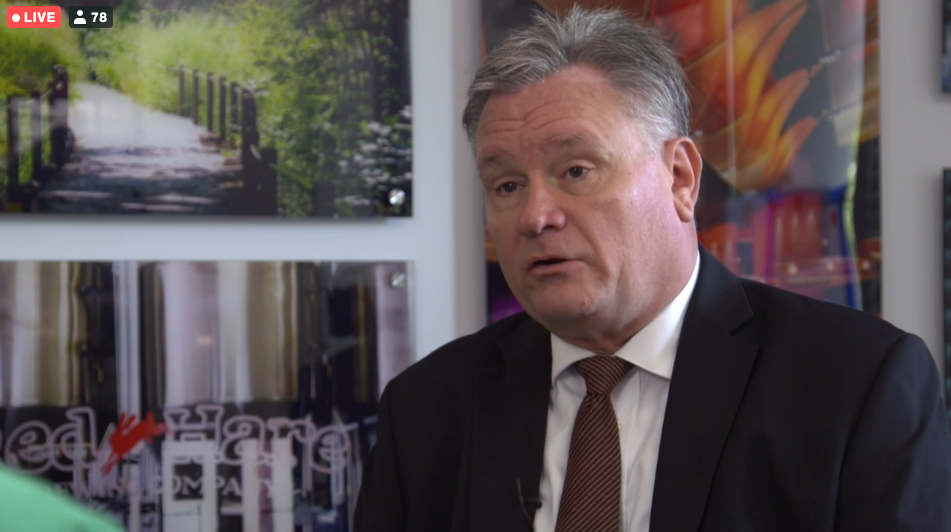 Roger Tutterow, an economics professor with Kennesaw State University, said the hospitality industry’s recovery will depend on the degree to which the pandemic permanently changes people’s behavior.

Economist Bram Gallagher, with CBRE Hotels’ Americas Research, said hotels in the Cumberland area have been hit harder than others in Cobb.

Roger Tutterow, an economics professor with Kennesaw State University, said the hospitality industry’s recovery will depend on the degree to which the pandemic permanently changes people’s behavior.

Hospitality has had a rough year.

“Clearly, no industry was hit harder” by the coronavirus, said Roger Tutterow, an economics professor with Kennesaw State University. The question is, where does the industry go from here?

Tutterow was among several industry experts assembled by Cobb Travel and Tourism for its 2021 economic forecast, a webinar broadcast Wednesday morning.

Regarding the economy at large, economist Bram Gallagher, with CBRE Hotels’ Americas Research, said a best-case scenario means a full economic recovery in a little more than a year. That, however, would require strong social distancing measures that send new cases of the virus plummeting and the discovery of an effective vaccine in the first half of 2021.

More likely, according to charts he shared during the webinar, is a full recovery that takes almost two years. Worst-case scenarios have the U.S. reaching pre-coronavirus employment levels in the second half of the decade.

Much of the webinar’s conversation and advice centered around hospitality, however.

“Expedia group search data shows a 10-point increase from mid-April to mid-May in the number of searches for two-star hotels, with three-, four- or five-star hotel searches down, indicating that a lower price point was a big factor in booking decisions,” she said.

Indeed, Cumberland-area hotels have been hit hardest among those in Cobb, according to Gallagher. That area has the county’s highest concentration of high-end hotel rooms.

Gallagher said leisure travel has been the quickest to rebound since the beginning of the pandemic.

How people are getting to those vacation spots has changed, however, he said, with air travel still about 70% below its 2019 levels.

That presents an opportunity for a “drive-to” market like Cobb County, he added.

Whether the industry as a whole will rebound, Tutterow said, will depend in part on the degree to which the pandemic permanently changes people’s behavior.

“We’ve moved from having public speeches and public meetings to having a lot of them done remotely using technology such as Zoom,” he said. “And I think we are educating now a generation about how technology will allow them to work from home and have technologically distanced gatherings. So obviously in the convention business, in the tourism business, they’re going to be some very real implications there.”

One bright spot, according to Dana Johnson, of the Cobb Chamber of Commerce, is the level of investment the county has seen during the pandemic.

“At the beginning of the year we (had) 50 projects that were working, and during the pandemic it increased to about 73 active projects, and these are projects that are companies that are looking to either expand in Cobb County, or relocate to Cobb County from outside the state,” he said. “And we see this (and) hope that the economy will hopefully be around the corner.”

October is Breast Cancer Awareness month, the perfect time to schedule a mammogram

Coming together in the fight against cancer