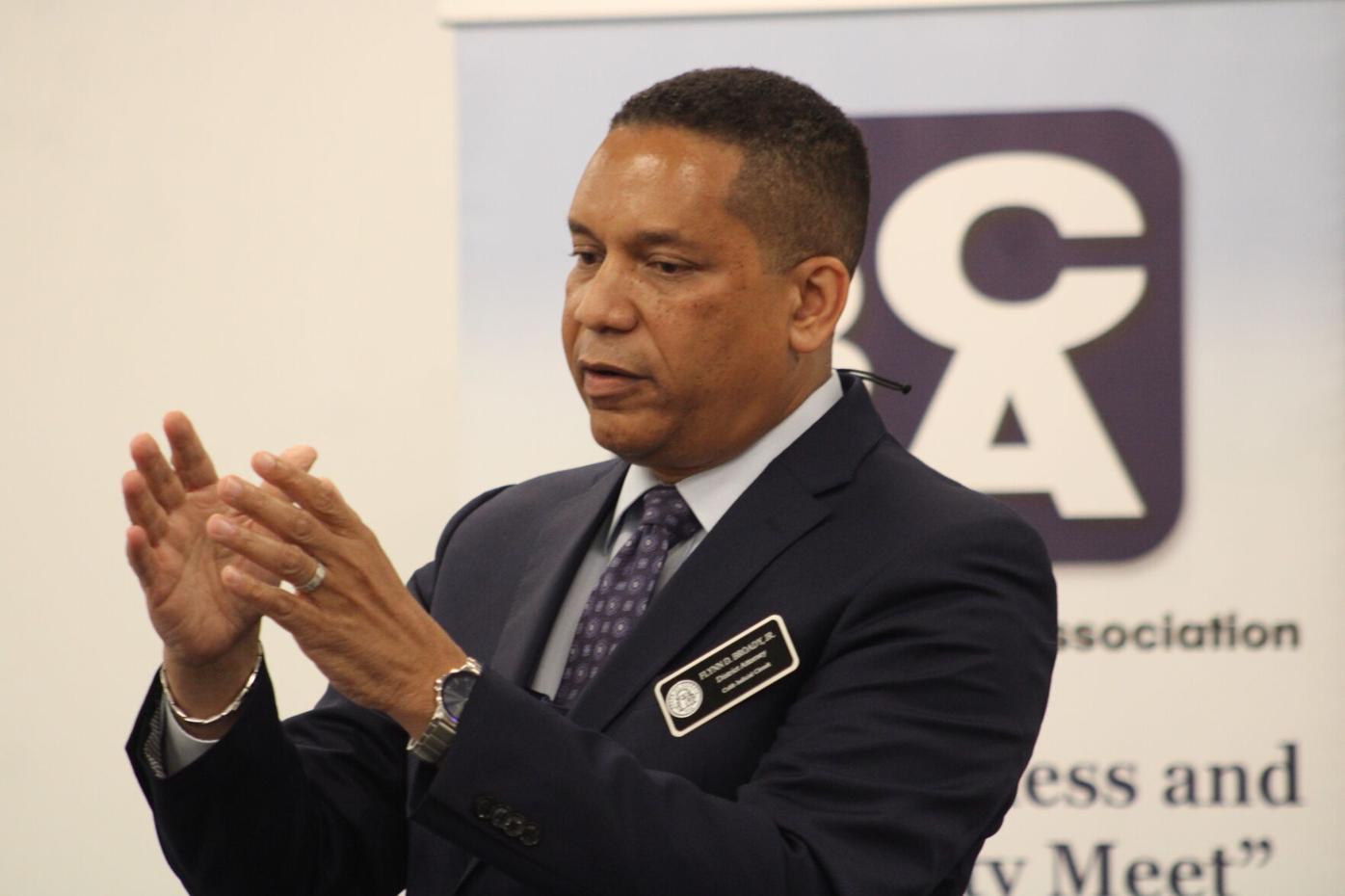 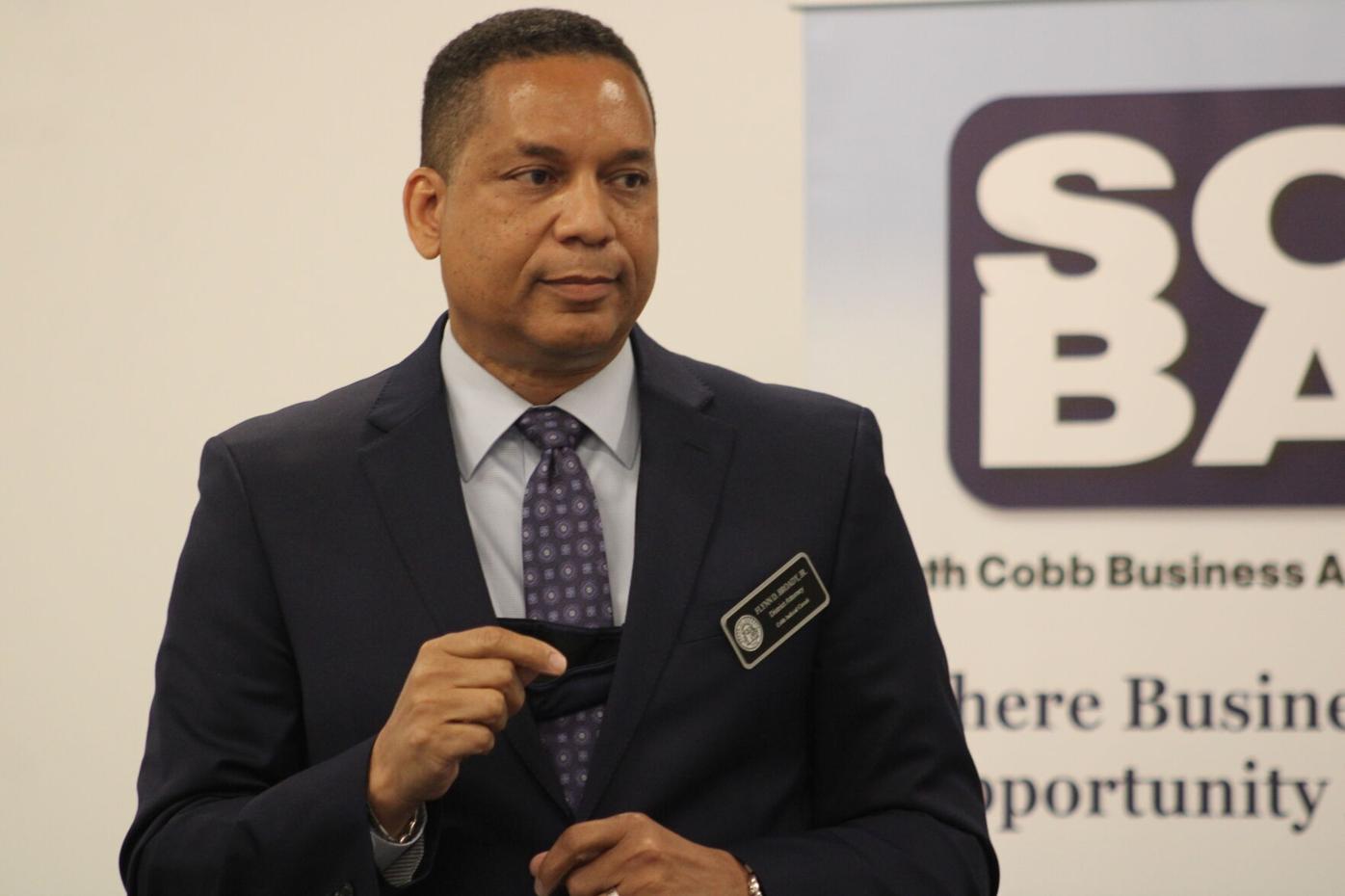 As he watched the United States’ withdrawal from Afghanistan, Broady thought back to a day 15 years ago when he was serving in Iraq and a soldier under his command was killed by a roadside bomb. With the Army’s credo in mind to never leave a soldier behind, he and his men spent the next nine hours in a firefight while they recovered the soldier’s body.

It’s the distance between the credo and action, Broady said, that’s the mark of leadership.

“What I’m trying to tell you is, we can advocate all we want for different things. But that avocation has to turn into action … we have to hold ourselves accountable,” Broady said. And he called on the business leaders of Cobb to step up and provide that same accountability.

Broady, elected in 2020 as a self-styled “progressive prosecutor,” touted his work to expand diversion and early intervention programs in Cobb to get at the root causes of crime. What he wants to see is the business community get more involved at both ends of the criminal justice spectrum.

“We have probably the best law enforcement community in all the country here in Cobb County,” Broady said. “But it’s not enough for us to say it. We have to show them by greeting them, and telling them, thank you for your service.”

“If you’re not sponsoring a Police Athletic League in your community, something’s wrong. It’s important that you do those things, because you show that community how important they are to you,” he added.

Capt. John Knoblach with Cobb Police’s Precinct 2 said by and large, his officers are feeling the love from south Cobb.

“You guys have been a big supporter of police,” Knoblach told the South Cobb Business Association members. “Especially down here, I think it means a lot for some of these young officers that haven’t been around … keep pushing that out to the citizens, but obviously, it’s working because it’s constant.”

That responsibility also extends, Broady added, to helping those caught in the system.

“We’re going to reduce the economic consequences of being in the criminal justice system … and that’s where you guys are going to be so important,” Broady told the crowd. “Those young men, they get to the point where they may have dropped out of high school, they can’t get nothing but the $9 (per hour) jobs. They can’t really support a family, so they start doing other things that they shouldn’t be doing.”

The approach that Cobb has used up until now, he believes, just won’t work anymore.

Warrant: Mableton man jailed after being pulled from vehicle he was trying to steal

Being arrested and paying the consequences is the ONLY thing criminals will understand!