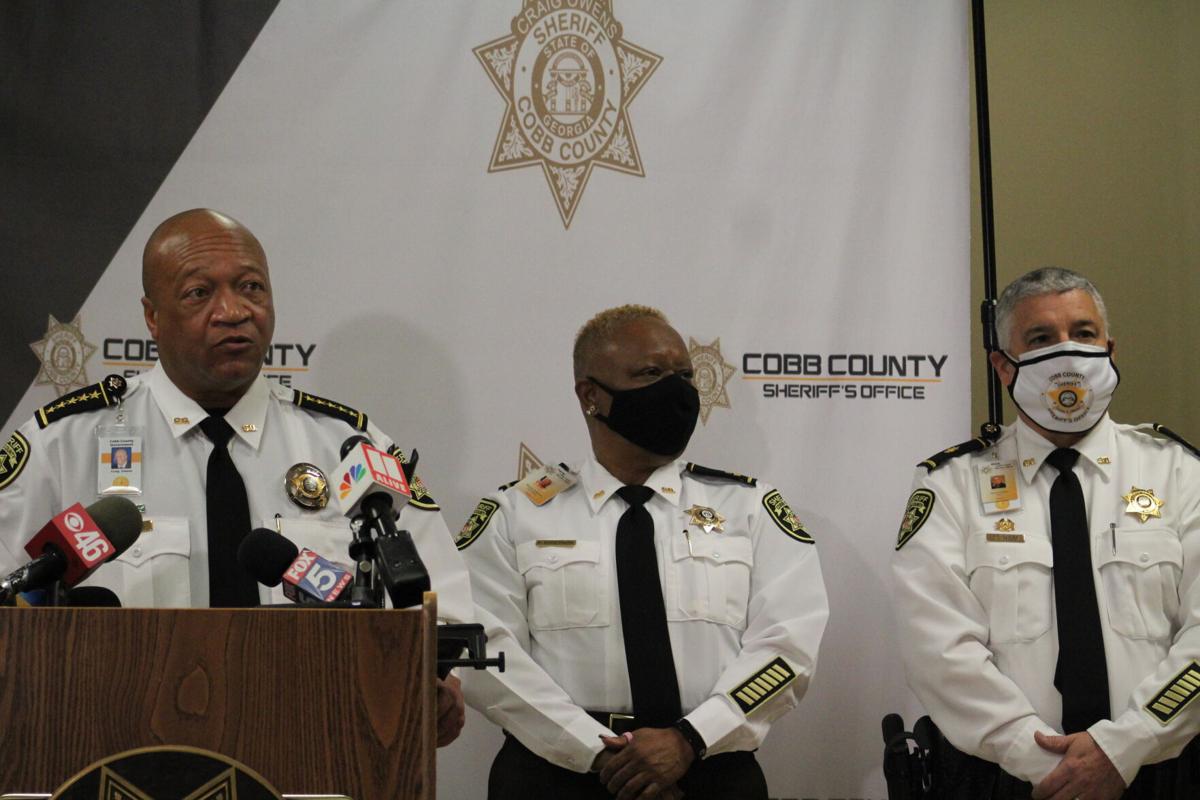 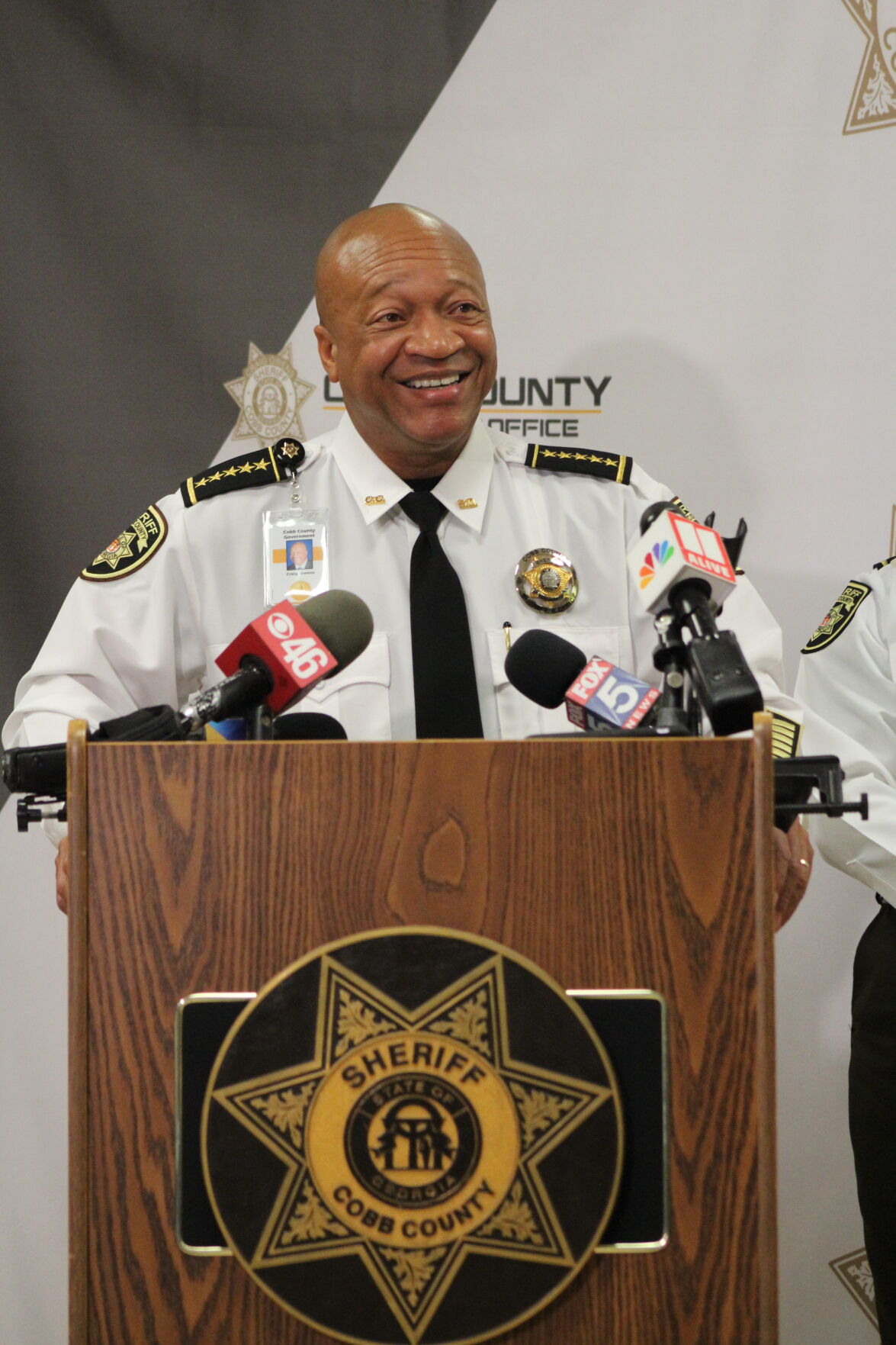 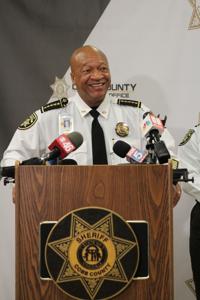 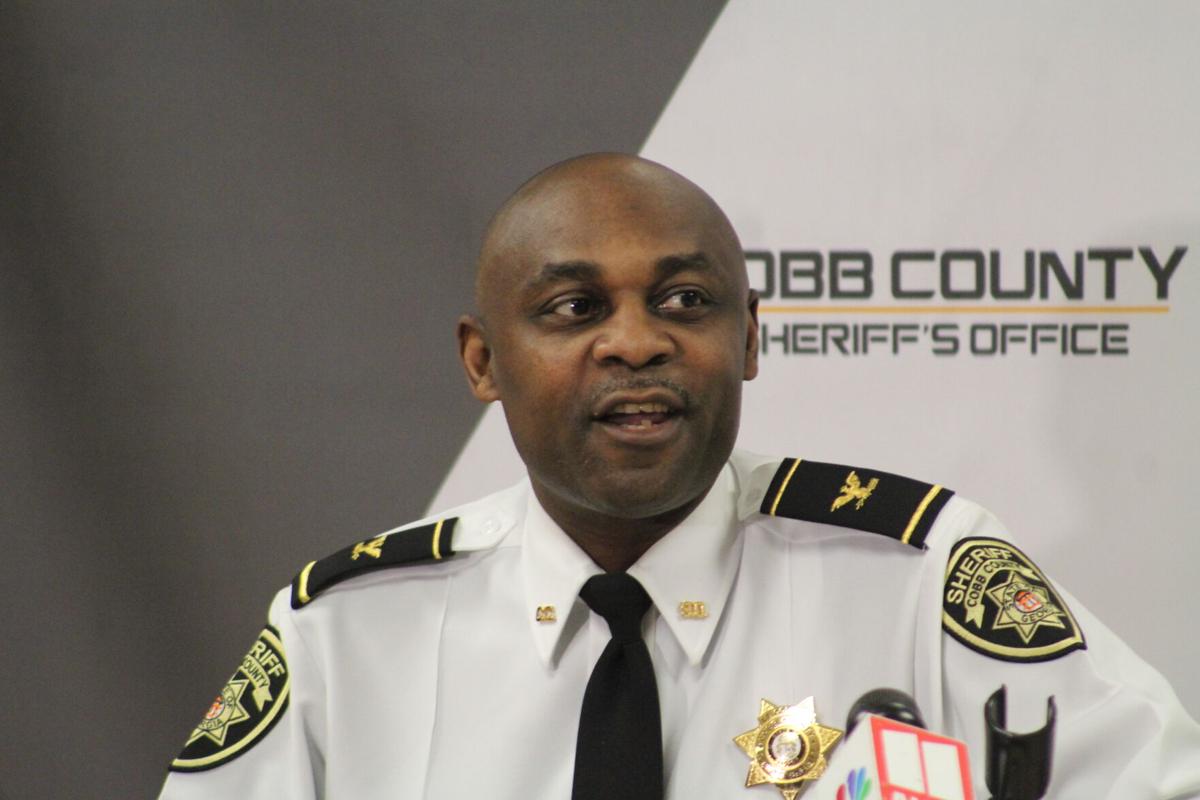 A dozen inmates at the Cobb County Adult Detention Facility have COVID-19, according to Col. Temetris Atkins. 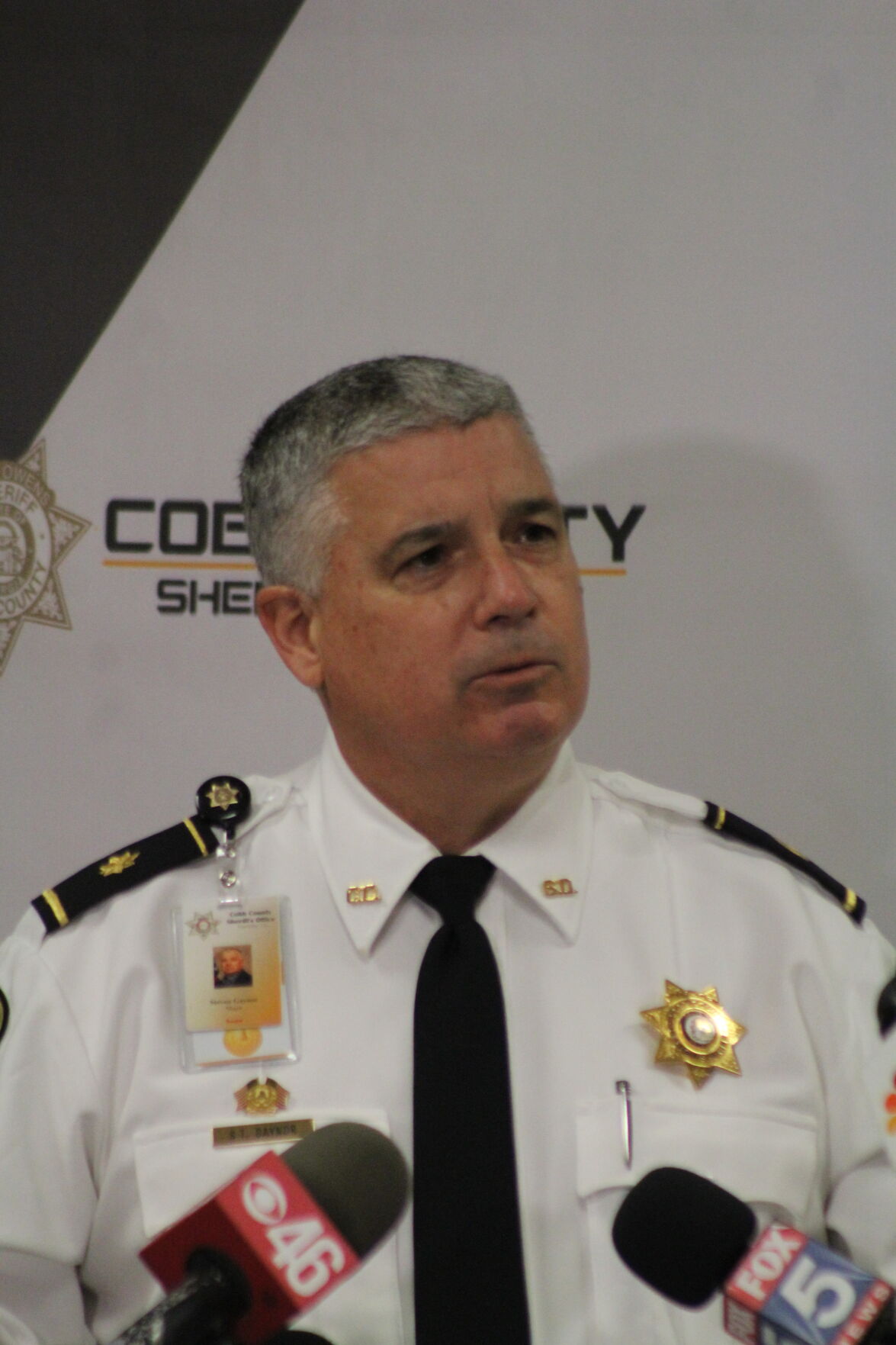 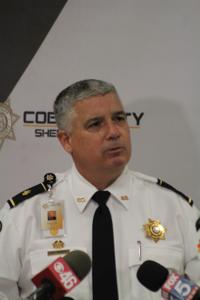 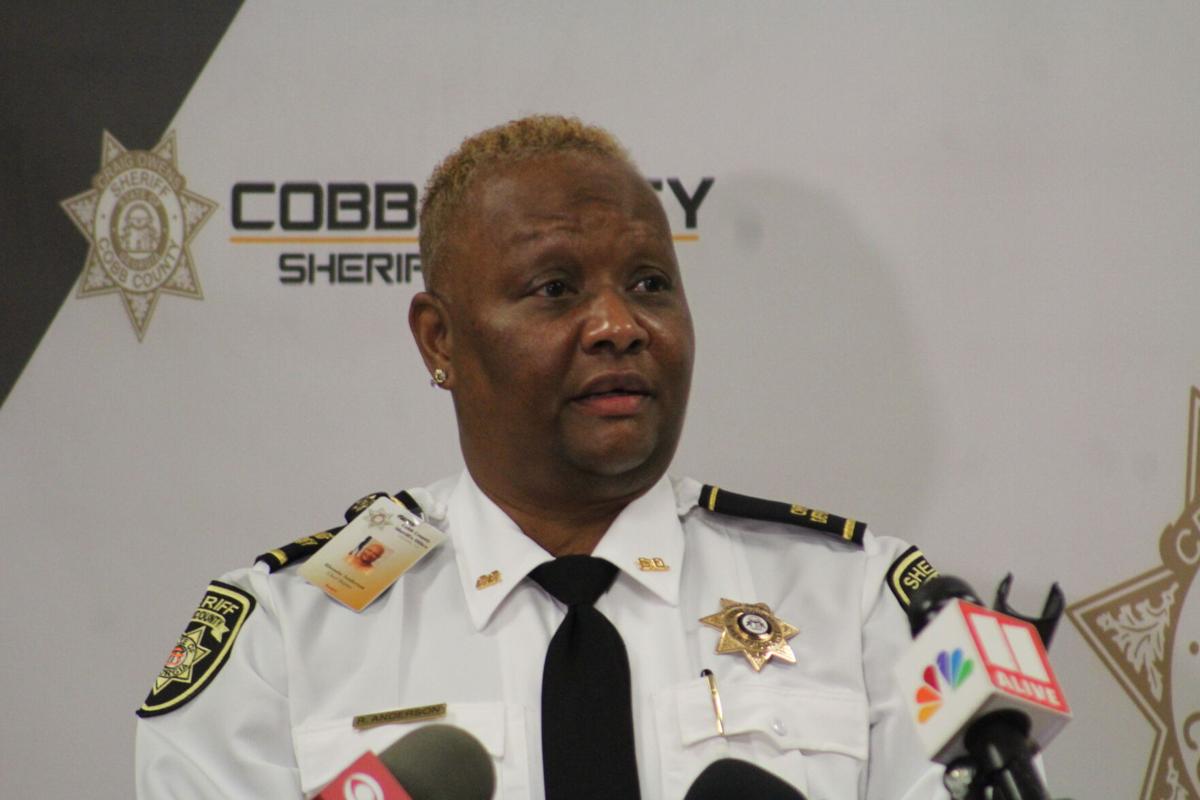 A dozen inmates at the Cobb County Adult Detention Facility have COVID-19, according to Col. Temetris Atkins.

Deaths at the jail bedeviled former Sheriff Neil Warren, whom Owens defeated in the November election. Owens hammered Warren on the campaign trail for having his office investigate the cases and determine culpability rather than referring them to a third party.

It was among several changes to the office Owens announced, which include, but are not limited to:

♦ A forensic audit of operations in the detention center and the office at large;

♦ A “duty-to-intervene” policy for staff who witness a breach in protocol or procedure;

♦ Creating a conduct review board;

♦ Creating a committee to review the office’s use-of-force policy;

♦ A review of employees and their access to weapons, badges “and other county-owned assets”;

♦ A review of employees’ rank and pay “to ensure parity based on gender, experience, education, and skillsets, including for bi and multilingual staff”;

On the campaign trail, Owens was critical of the office’s lack of transparency.

“Transparency is key to me because I want everybody to know what we’re doing,” he said Thursday. “We have nothing to hide here. We like to say we’re on the up-and-up with everything we do. So why can’t you come and do a press conference? Why can’t you come to the (detention center)?”

CORONAVIRUSOne of Owens’ first steps regarding transparency will be the posting of coronavirus case counts among staff and inmates, something the Cobb Emergency Management Agency will do on his office’s behalf.

A dozen of the office’s 1,400 inmates currently have COVID-19, and three more are awaiting test results, according to Col. Temetris Atkins, who leads the detention center.

Owens said his office would do more to curb the spread of coronavirus among staff and inmates.

Inmates will receive a rapid coronavirus test before they are booked, and tests will be available to all department employees and detention center inmates.

Inmates who test positive will be isolated, as will inmates who are suspected of having the virus.

The changes would have little impact on the office’s $90 million budget, Owens said, adding that he would ask the county’s governing board for additional money later in the year that would fund facility upgrades.

“I added a few command staff positions, but I’m able to work that around our vacant positions that haven’t been filled,” he said.

‘WE’RE HIRING’About 800 people work for the Cobb County Sheriff’s Office, which has about 71 vacancies for sworn positions and 17 or 18 for civilian roles, according to Owens.

The office will establish a hiring board, and Owens has made a point of stressing at public events that he is hiring. After his command staff took their oaths at a ceremony Wednesday evening, Owens jovially warned his former bosses at the Cobb County Police Department, three of whom were in attendance, that he would be poaching their officers.

OTHER CHANGESSheriff deputies must be present at evictions in the county. Owens said about 800 evictions are pending in Cobb due to pandemic-related moratoria, and that his office will proactively reach out to people and try to arrange housing for them in an attempt to forestall a potential wave of homelessness.

Owens campaigned on ending the office’s partnership with U.S. Immigrations and Customs Enforcement, and said he met with federal officials earlier in the week and would make an announcement regarding the partnership soon.

Officials insist there has been little pushback from rank-and-file officers.

“(Deputies are) very excited about the changes. Very excited,” said Maj. Steve Gaynor, who leads the sheriff’s community engagement efforts as well as the local Fraternal Order of Police, whose members include deputies at Owens’ office.

Deputies have long wanted some of the perks other county law enforcement agencies have enjoyed, such as greater access to training and more modern equipment. Gaynor said the office would also do more to partner with those agencies.

“Things have been the same here for 40 years,” he said. “The sheriff’s office has always been its own little island, and now it’s a combined team effort with all the county agencies.”

I wonder when an inmate dies on his watch how transparent they will be .

Bravo...it's a brand new day in Cobb and the new Sheriff Owens is helping to lead the way with necessary reforms and progress!

Mr Nelson if the death rate goes back where it was before Warren left for his Florida condo however long ago that may have been, we'll have 1/7 the opportunities to find out how transparent Owens will be upon an inmate death. Y'know, Elderlies love to say things such as, "if you can't do the time, stay out of the kitchen." That all changes, predictably, when it's their grandson that's been baking special brownies and bragging about them and also selling them via social media. But I tell you what, it's a much better approach to keep the jail running well and humanely for all people rather than trying to fix the situation only after if affects you and yours directly. --Christopher Davis, Marietta GA

How interesting that rather than first filling the 71 unfilled sworn position vacancies and the 17 to 18 unfilled civilian roles, the new sheriff installs a bloated, top heavy command staff. It is my understanding that the Cobb County Police command staff consists of a chief and three deputy chiefs. Then there are five majors -- one located in each of the five precincts located throughout the county. According to the MDJ article the S.O. now has a sheriff, chief deputy, four colonels, four lieutenant colonels, and eleven majors at their one facility. All this and the sheriff's campaign promise to end cooperation with the Immigration and Nationality Act Section 287 (g) concerning the notification to ICE about criminal illegals (those committing additional crimes beyond illegal entry) being detained by cobb county is not a great start to his administration.

AROUND TOWN: Legislative committees, masks and what’s on tap at football games