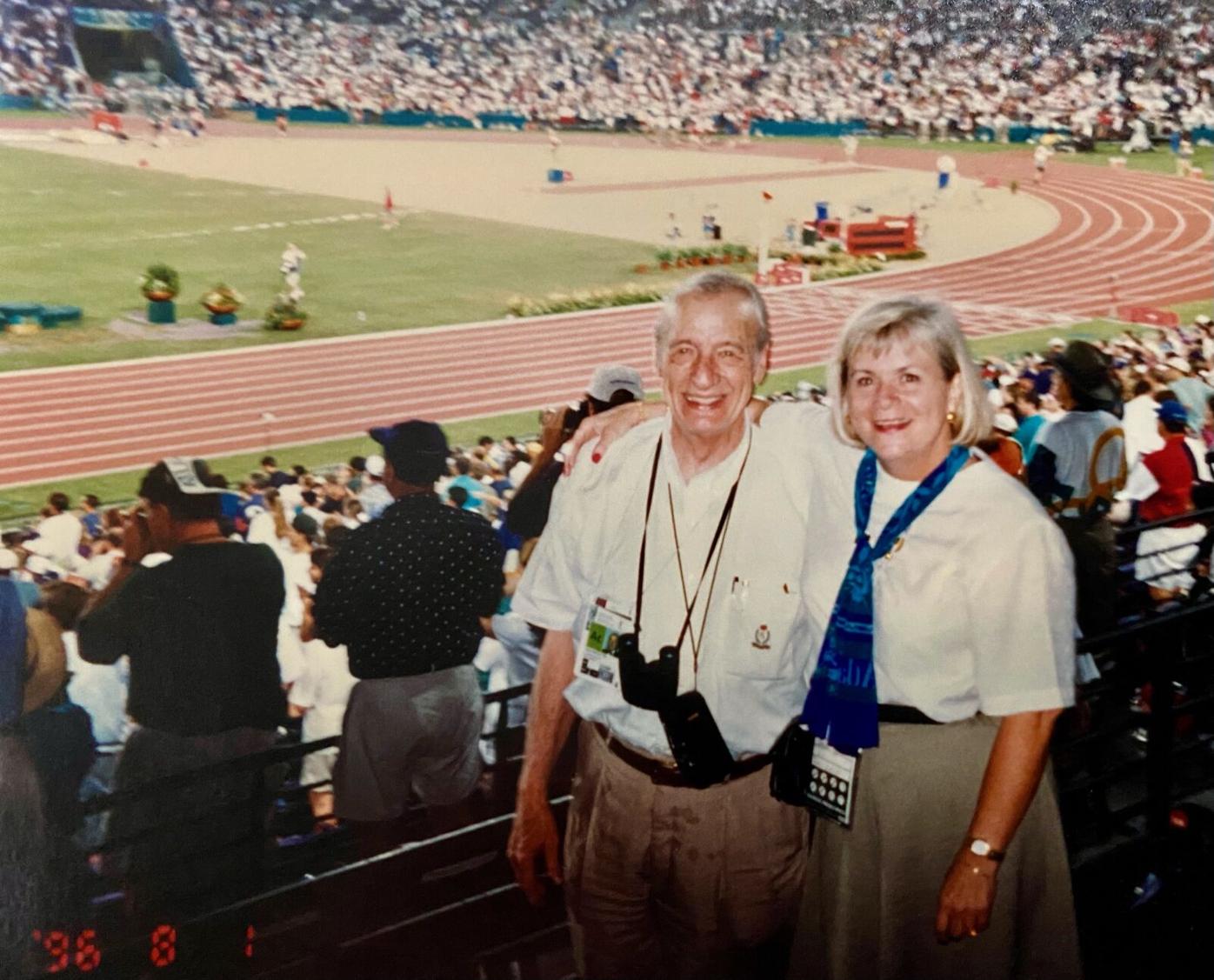 Gail Kaley Kompf with the late Marietta attorney Fred Bentley Sr. at a track and field event during the 1996 Olympics. 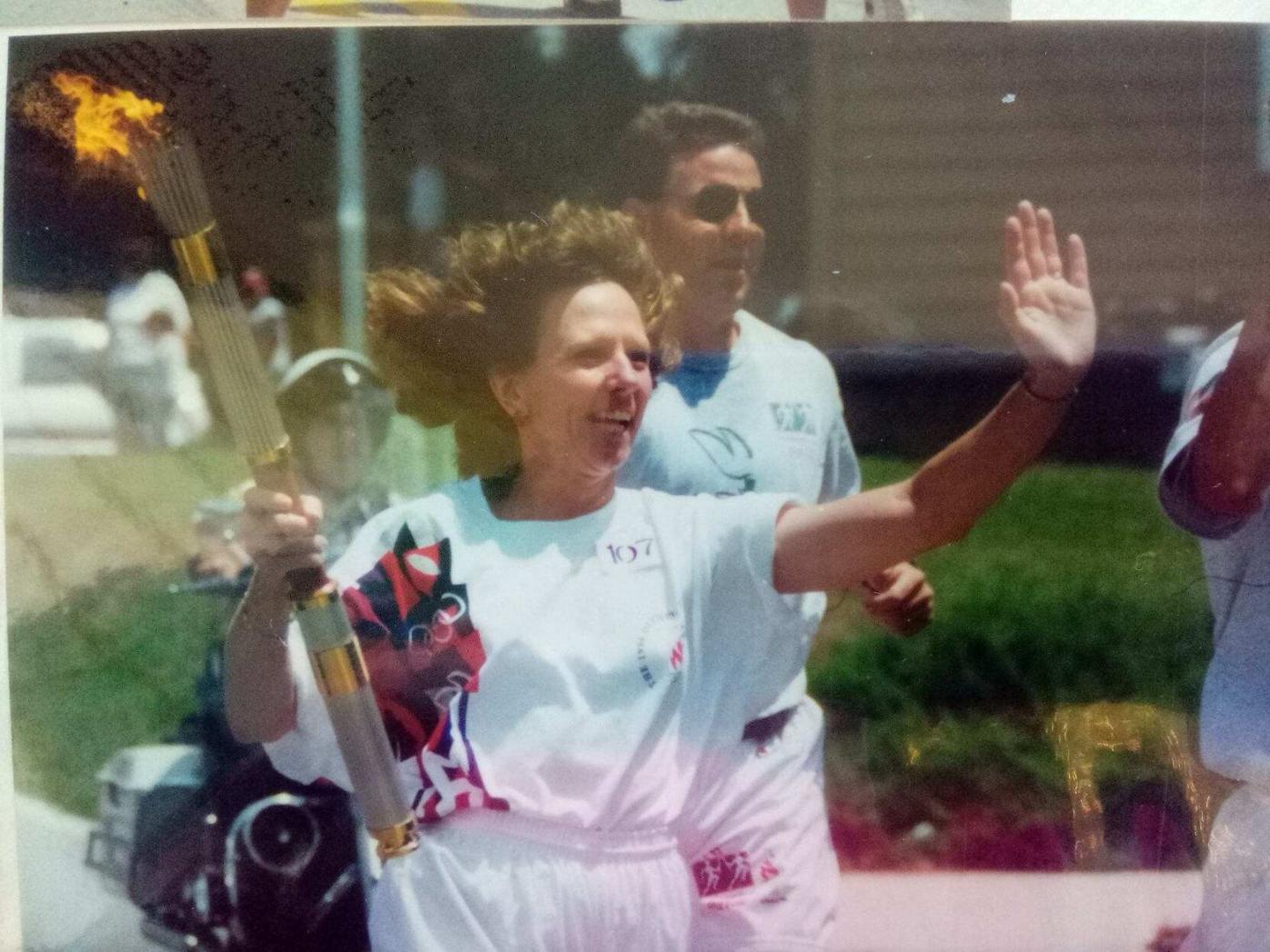 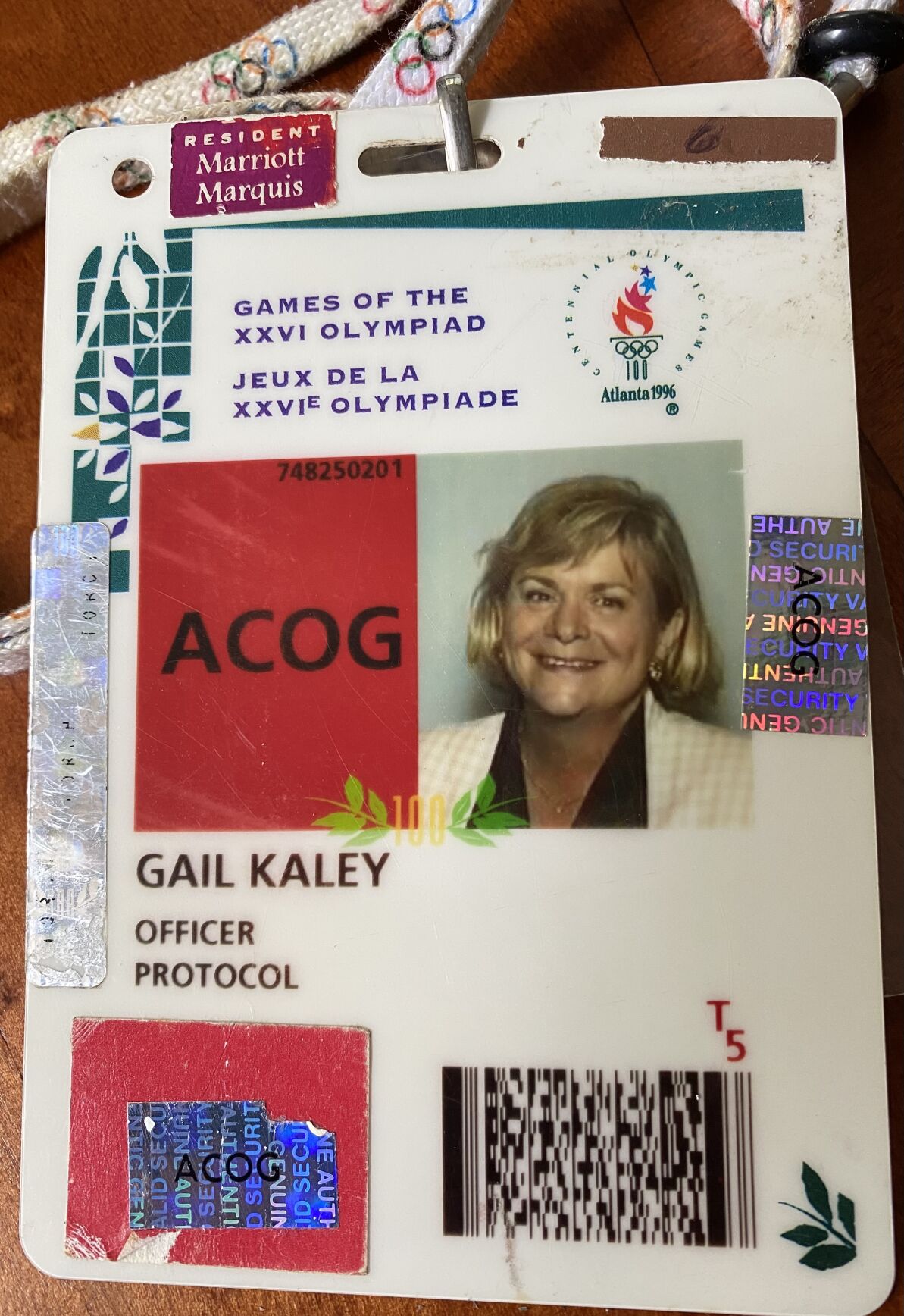 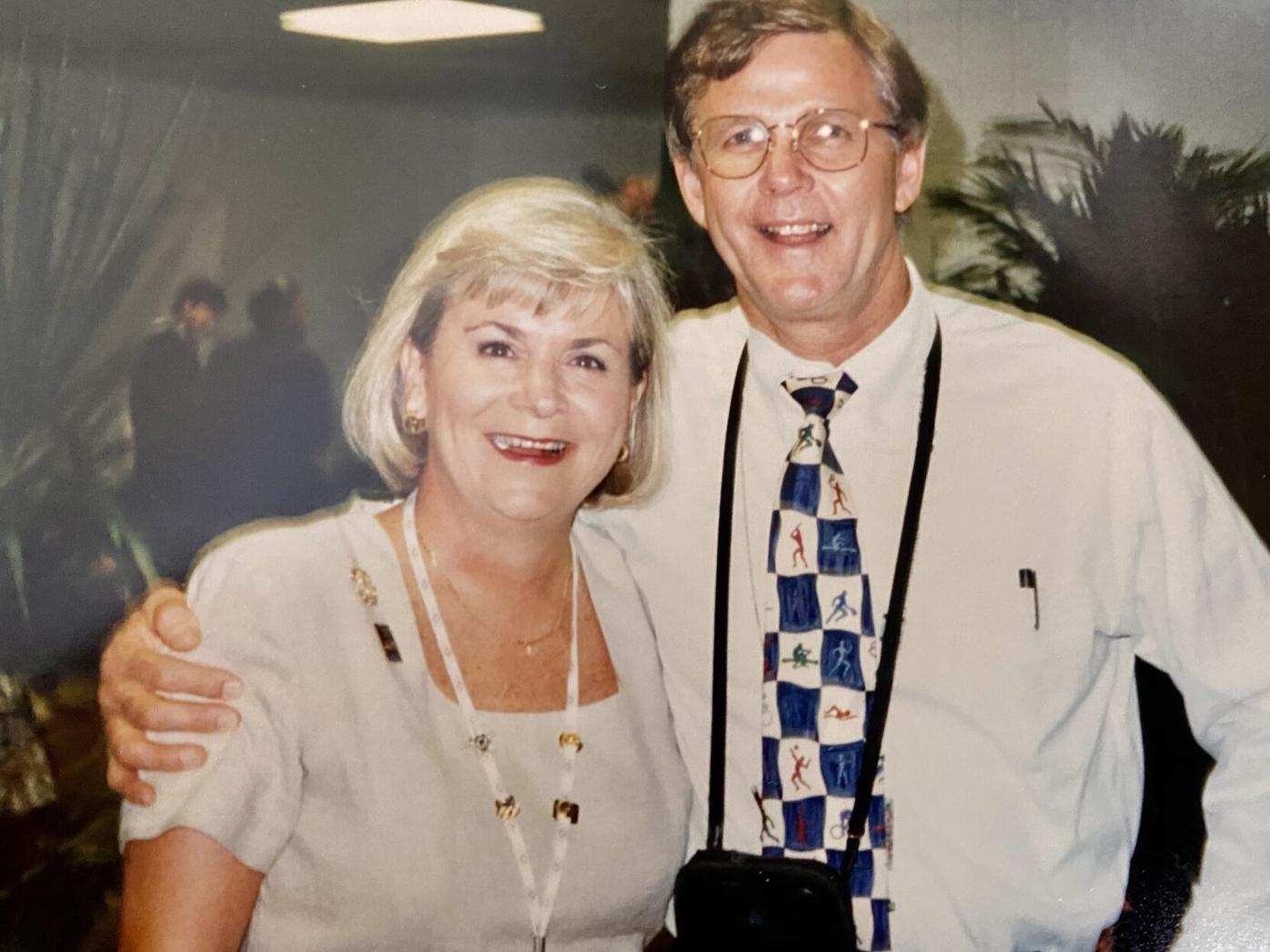 Gail Kaley Kompf with Congressman Lindsay Thomas in the presidential box at the opening ceremony for the 1996 Olympics. 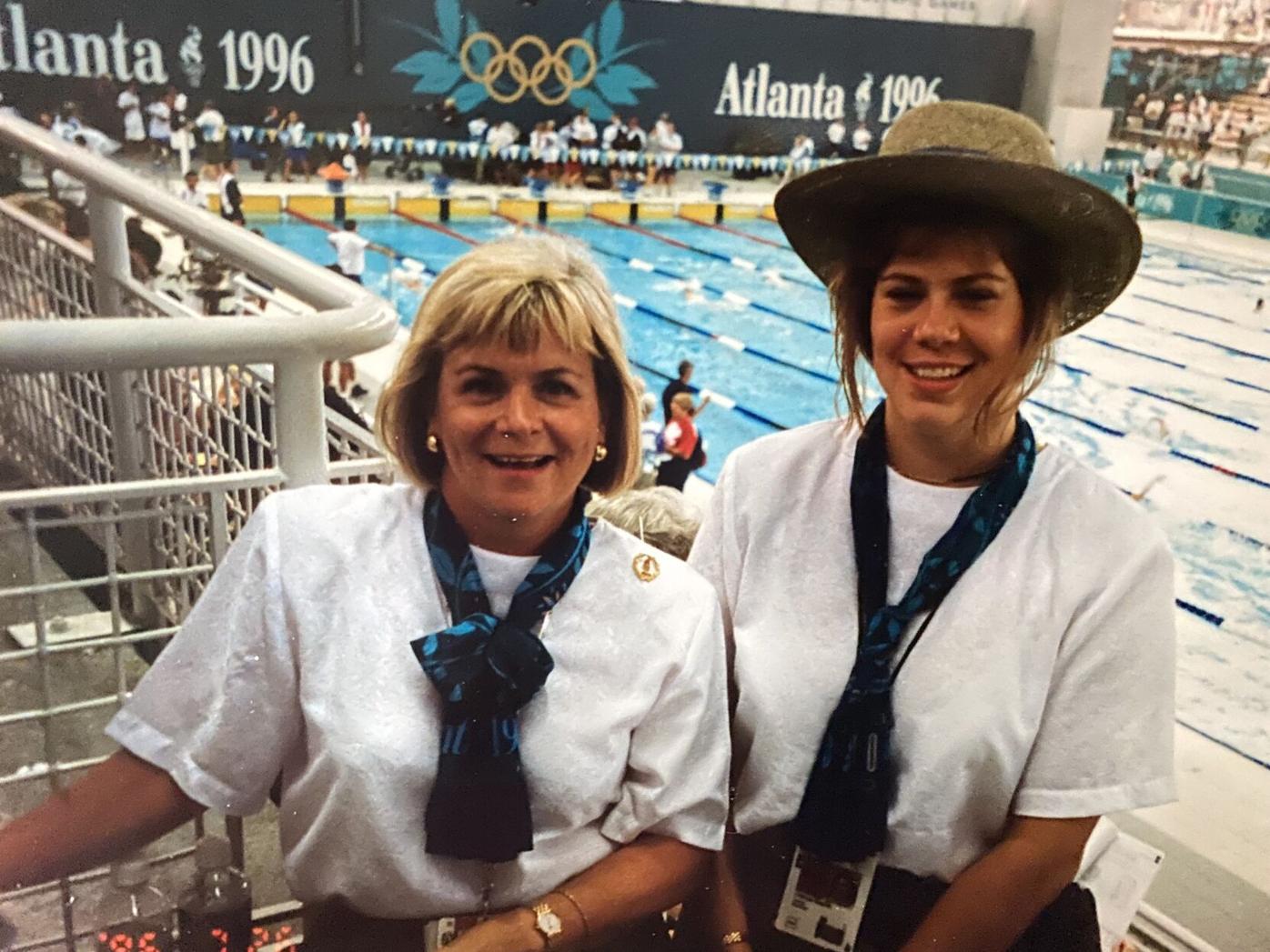 Gail Kaley Kompf with her daughter, Cindy, at a swimming event during the 1996 Olympics. 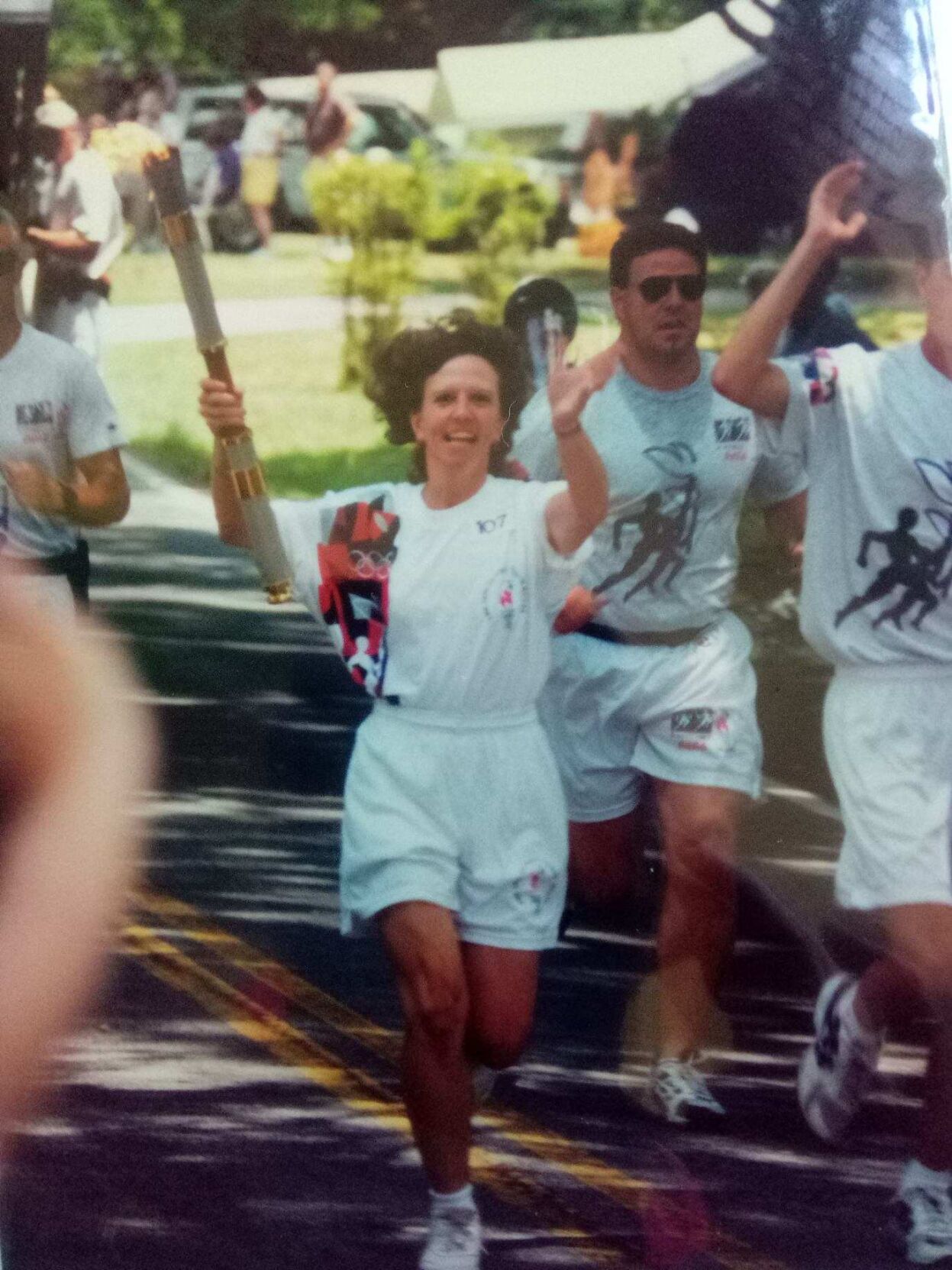 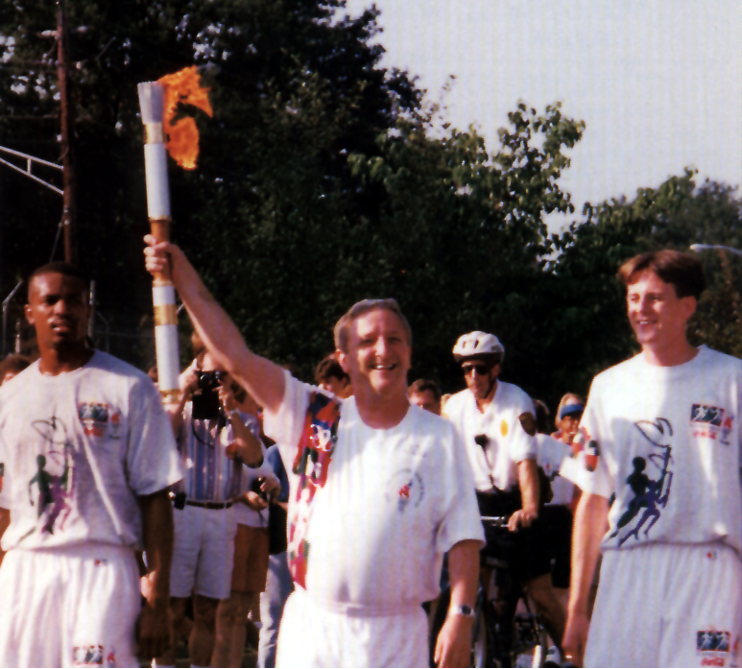 Pat Bishop carries the Olympic torch in East Point ahead of the 1996 Olympics. 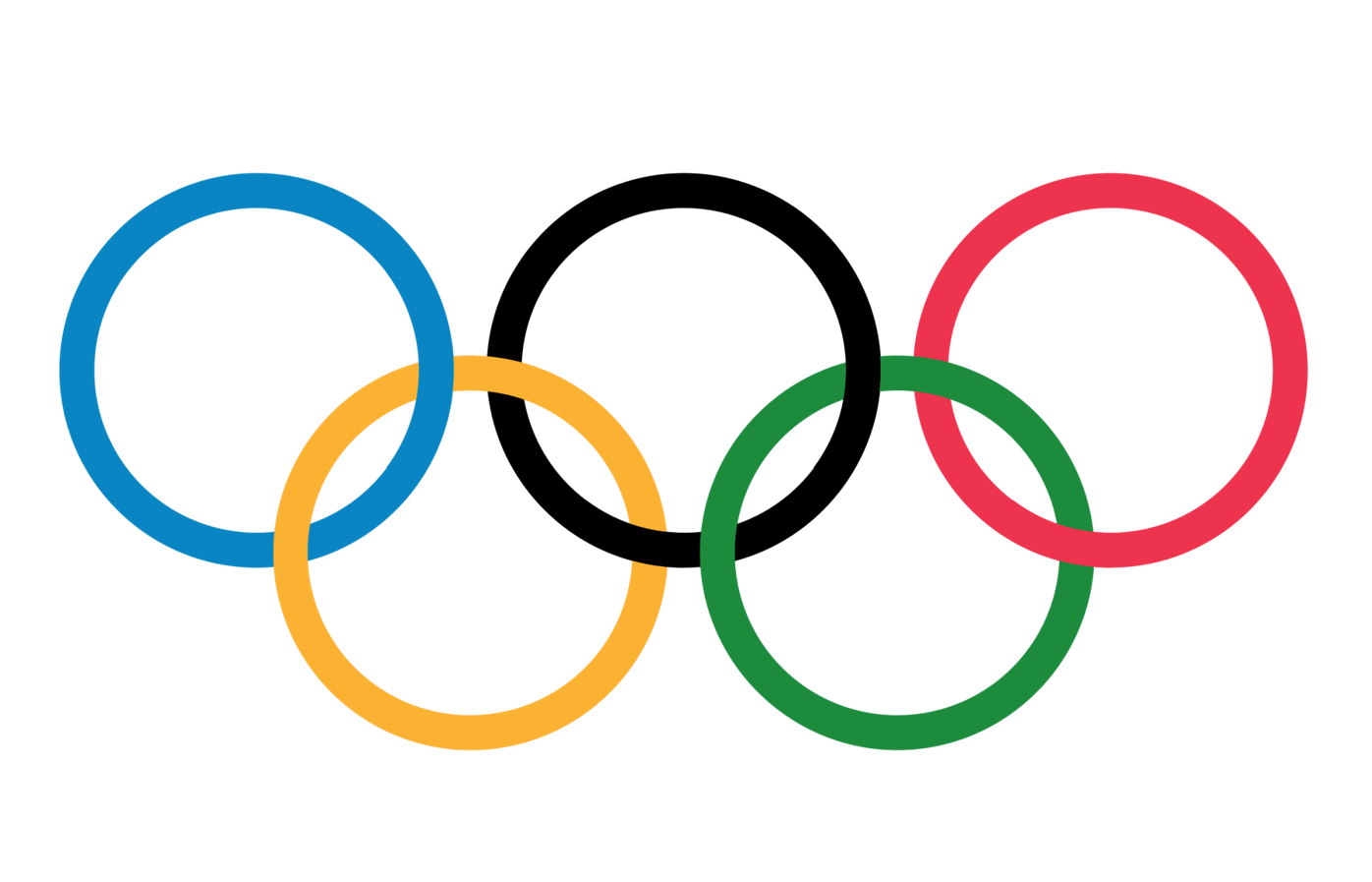 Gail Kaley Kompf with the late Marietta attorney Fred Bentley Sr. at a track and field event during the 1996 Olympics.

Gail Kaley Kompf with Congressman Lindsay Thomas in the presidential box at the opening ceremony for the 1996 Olympics.

Gail Kaley Kompf with her daughter, Cindy, at a swimming event during the 1996 Olympics.

Pat Bishop carries the Olympic torch in East Point ahead of the 1996 Olympics.

On Friday, the Summer Olympics will kick off with opening ceremonies in Tokyo. But this past Monday marked 25 years since the eyes of the world looked to Atlanta for the Centennial Olympic Games.

For Cobb County resident Gail Kaley Kumpf, a highlight of the games was watching boxing legend Muhammad Ali, damaged but not defeated by Parkinson’s Disease, light the Olympic flame.

She still remembers standing on the steps at Underground Atlanta in 1990, when the International Olympic Committee awarded the games to Atlanta.

“Everybody’s like, ‘Oh my God, we can’t believe that we actually pulled this off,’” Kumpf said. “And then it was, ‘Get to work!’”

Kumpf volunteered with the Atlanta Committee for the Olympic Games in the years leading up to the event and worked for ACOG full-time during the games as a protocol officer. That involved handling seating and ticket distribution for the “dignitaries.” She kept local notables happy, such as then-Mayor Bill Campbell and Coretta Scott King, as well as out-of-towners including President Bill Clinton, Vice President Al Gore, their family members and foreign heads of state.

Prince Albert of Monaco was “a lot of fun” and “quite a character” — Kumpf remembers him attending volleyball matches. Then there was Chelsea Clinton, 16 at the time, who attended lots of swimming events.

“She had some friends, I think, on one of the swim teams, so she was usually at the Aquatic Center for the swim teams,” Kumpf said. “Which was pretty special, she was a great kid.”

Kumpf’s once-in-a-lifetime job came with perks. She was stationed at the Atlanta Marriott Marquis hotel, where every morning the dignitaries (or more often, their drivers), would come pick up tickets for events. But there were always extra tickets for the VIP section, and after a certain point Kumpf and her colleagues could claim them. Kumpf recalls frantic calls to invite friends to events.

“It was like a last-minute thing, so we got to see quite a lot. … (We) spent a lot of time at the water venue and the gymnastics,” she said.

Of course, it wasn’t all sunshine and roses. The games were marred by the bombing at Centennial Olympic Park that killed two and injured more than 100. Kumpf remembers being called to a meeting that night with ACOG Chief Billy Payne, Andrew Young and other leaders. The mood was somber, but Kumpf and her colleagues were told the games would go on.

There was also the fact that Cobb County didn’t play host to the games. Originally slated to host volleyball, the Cobb events were moved out of the county when the county commission passed a resolution in 1994 condemning “lifestyles advocated by the gay community.″

“Losing the games for Cobb was really a heartbreaker,” Kumpf said. “But it was kind of made up for me personally by getting to be so involved in the games.”

A flame that never goes out

The up-and-down events of that era were also felt by Monsignor Pat Bishop, “Father Pat” to his congregants, then the pastor at Cobb’s Transfiguration Catholic Church.

Bishop was one of the lucky 2,500 Americans whose name was selected at random in a Coca-Cola-sponsored contest to carry the Olympic torch for one kilometer. He remembers getting the call in the rectory — unbeknownst to Bishop, a parishioner had nominated him.

“I sat down, took a deep breath, and thought, ‘This is quite an opportunity to be part of a historic event,’” Bishop said. “And the day was incredible.”

Bishop carried the torch the morning of the opening ceremony in East Point, an experience he still considers a highlight of his life.

“The parish turned out in such numbers that the Georgia State Patrol man actually got out of his car to run with me, because they thought I was a celebrity,” Bishop said. Bishop and the trooper then realized they knew each other from one of Bishop’s former parishes.

The torch felt light to Bishop. Perhaps because “you felt like maybe the gods were helping you carry it,” as he put it.

In addition to those 2,500, 5,500 former Olympians and “community heroes” were also chosen to carry the torch.

Bishop ran the torch with a child who had also been selected.

“Halfway in the run, I turned and handed him the torch,” Bishop recalled. “And so we got a two-for-one deal, and I was as proud seeing him carrying it as I was at the experience of getting to carry it myself.”

There was not one torch but many — torchbearers would transfer the flame from one to another.

“An assistant comes out, turns the handle and off goes your torch,” Bishop said. “And you realize that somebody else is getting the joy of that 20 minutes or so.”

Torchbearers had the option to purchase their torch, and so Bishop did. It’s one of his most prized possessions, he said.

Another torchbearer from Cobb, Teresa Teasley, entered Coca-Cola’s “Share the Spirit” 50 times, filling out forms at grocery and convenience stores. It did the trick. After being told she was selected, Teasley practiced for months by jogging through her neighborhood, carrying a baseball bat upright.

Teasley carried the torch in Norcross, where hundreds lined the streets to watch the flame pass. She still talks to her husband about it.

“That is the best experience I’ve ever had in my whole life — still — carrying that torch,” Teasley said.

The games honored other pomp-filled traditions. One was the transport of the Olympic flag. At the end of the 1992 games in Barcelona, then-Atlanta Mayor Maynard Jackson accepted the flag. It was shipped to Savannah by Eagle, a 295-foot, three-masted U.S. Coast Guard sailing ship. Richard Hicks, then a student at Mableton’s Pebblebrook High School, was there in Savannah.

Hicks had heard from his school counselor about the opportunity to serve as a youth ambassador, groups of young people grouped into “dream teams” that represented the 1996 Games. He wrote an essay to apply and had almost forgotten it when he got the call-up to join a few hundred other Georgia students.

“My father was like this — he always wanted me to think about the world being round and not flat, and he always encouraged opportunities, such as this, to leverage,” Hicks said.

Hicks served on a dream team in the buildup to the games and remembers being part of the flag ceremony at the synchronized swimming Olympic trials in Atlanta. He graduated high school in 1994 and left to attend Georgia Military College in Milledgeville. His involvement as a youth ambassador was over, but Hicks was keen to return home in the summer of 1996. Hicks attended swimming events and basketball games during the Olympics.

“It was hard with track, because, you know, (track-and-field star) Michael Johnson pretty much had everybody ready,” Hicks said. “Everybody wanted to see the gold shoes and stuff.”

The youth ambassador program, though, was a formative experience, providing him with contacts that helped him later in life.

“It was an inspiration to my life, because it helped me to know that there’s a bigger piece of this world that you can choose to be a part of,” Hicks said, adding that “the world is not always just about your little space. It helped me to see it in a much larger way.”

Despite controversies and tragedy around the games, all the Cobb Countians who spoke to the MDJ remember them with affection. Kumpf took pride in the dignitaries, who, before leaving, told her they now understood what Southern hospitality means.

For Bishop, despite its flaws, the ideals the Olympics represent are a source of hope.

“The Olympics, no matter where they’re played, are such a wonderful opportunity for us to look beyond our own narrow experiences in life,” he said. “It’s a time of unity and not experiencing some of the horrible divisions that we’re experiencing … it can be a good reminder that we belong to a family of humankind.”

Police searching for man with alleged connection to double homicide

The shadow of the Capitol riot