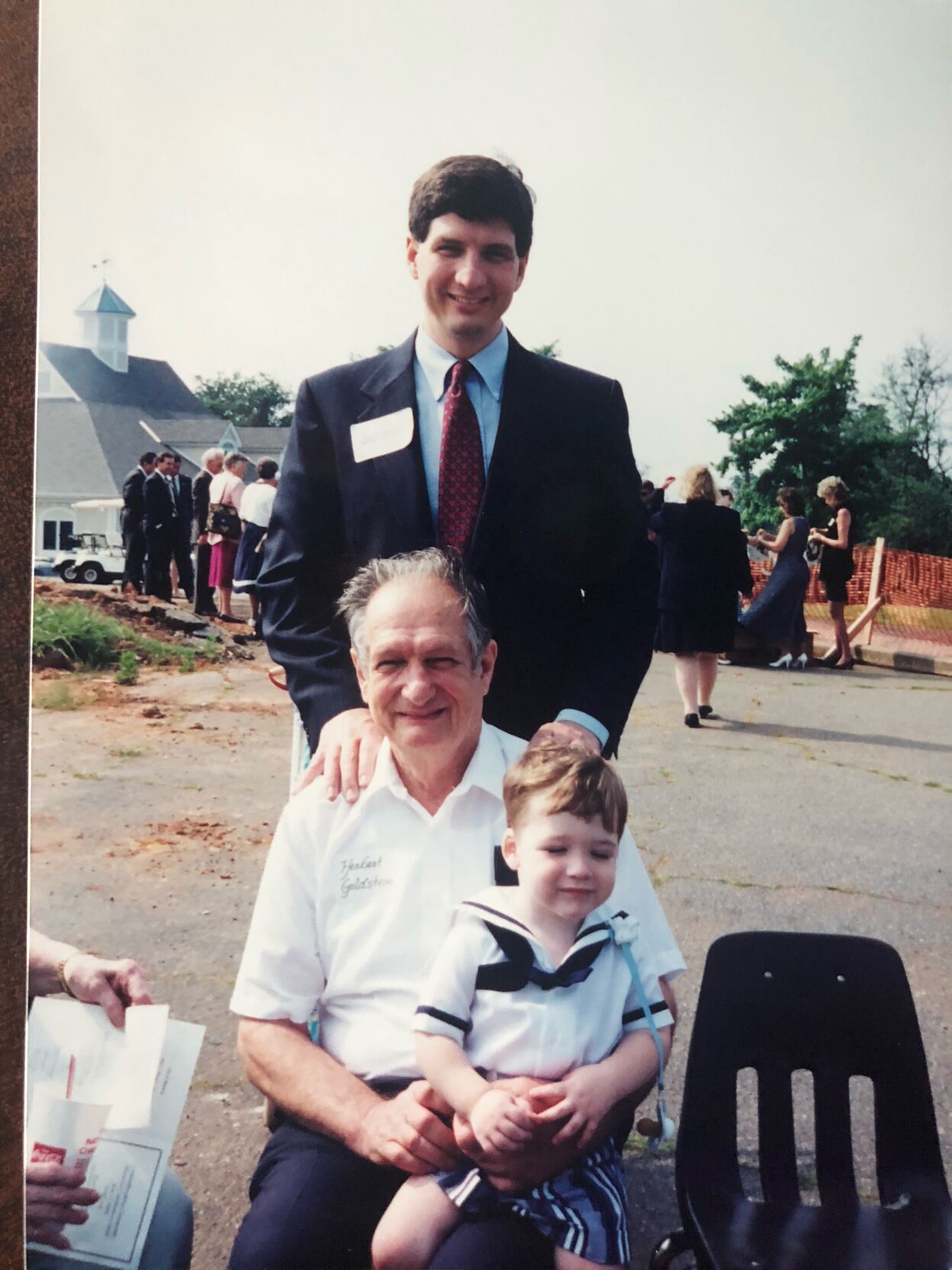 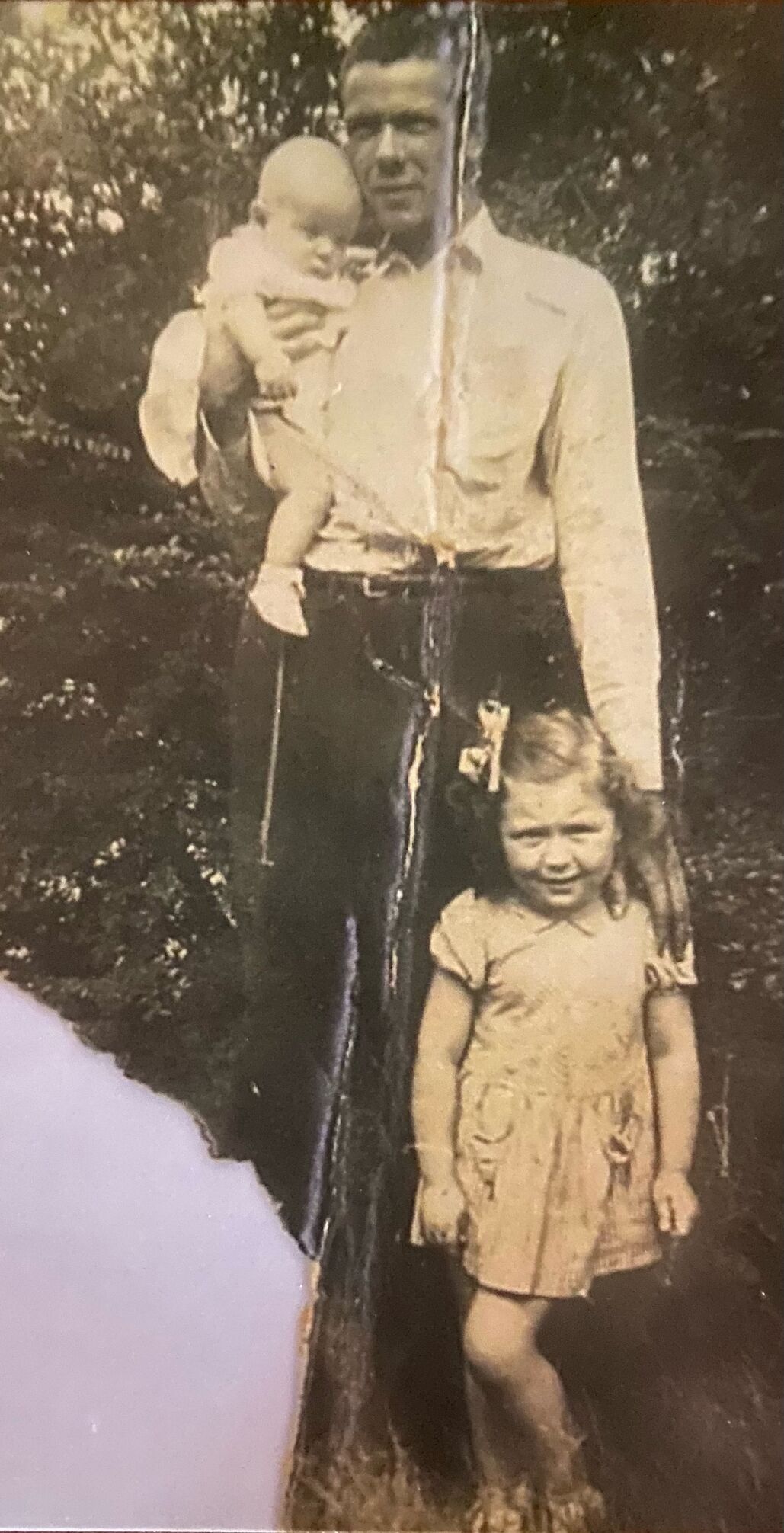 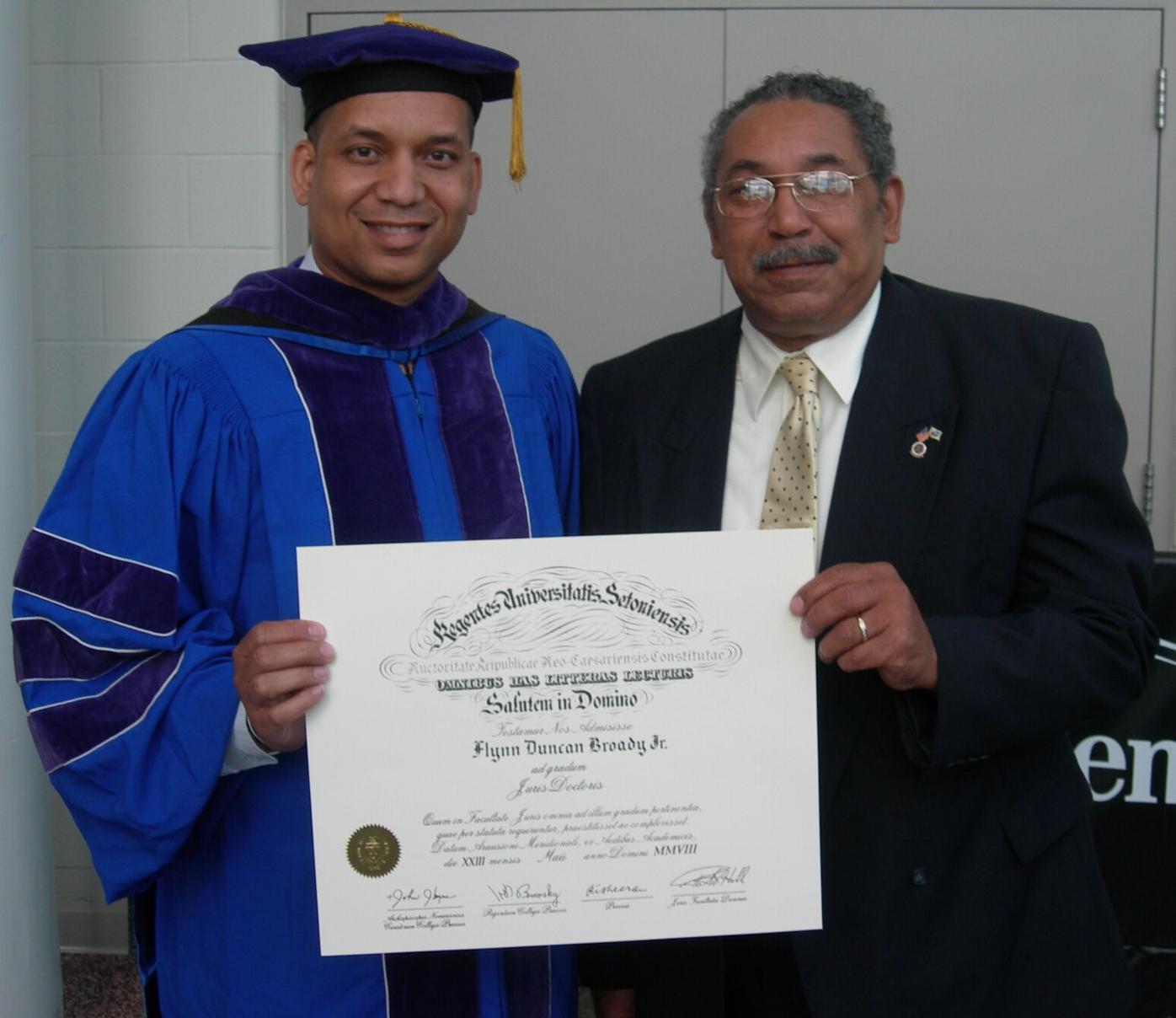 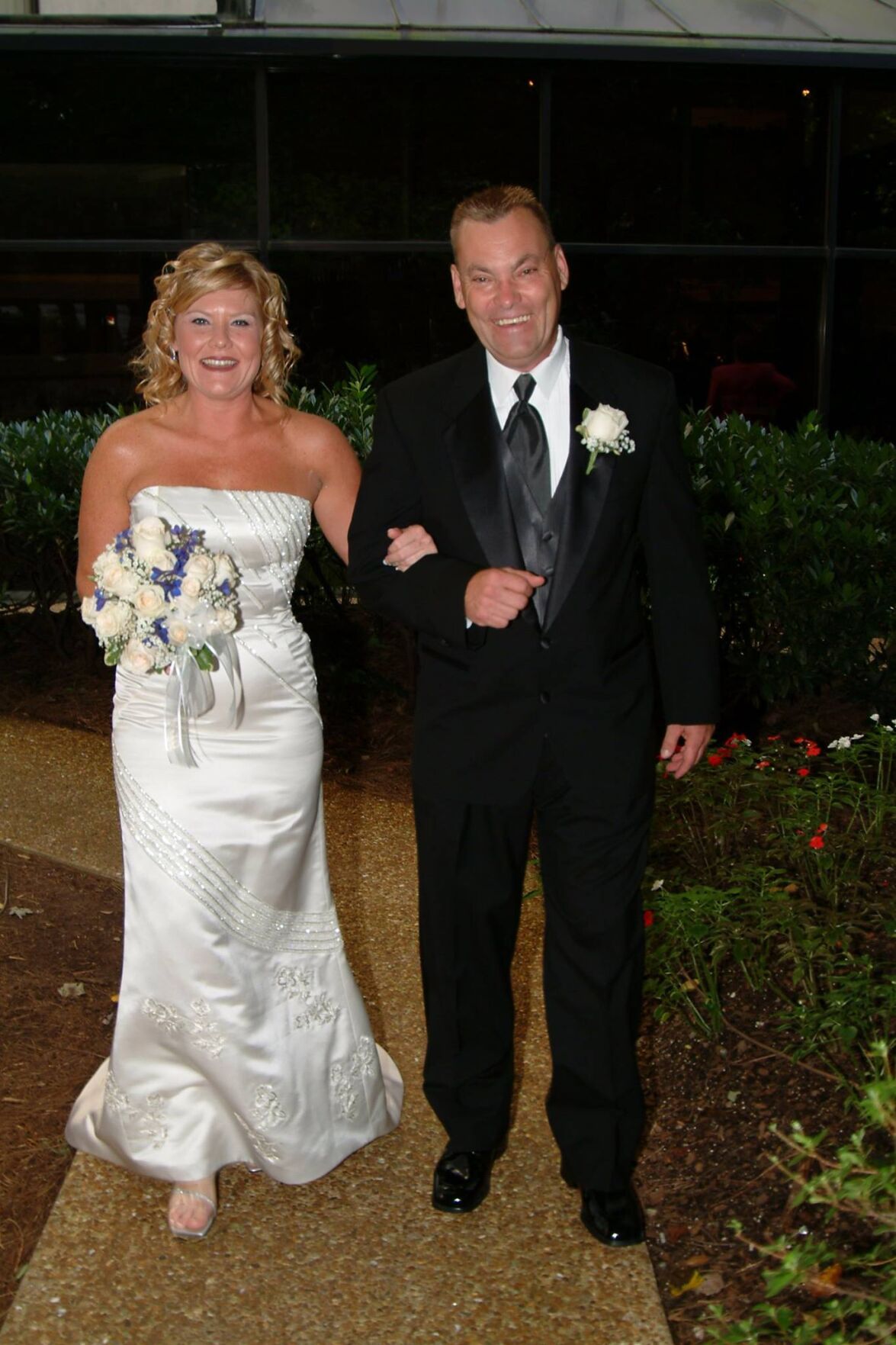 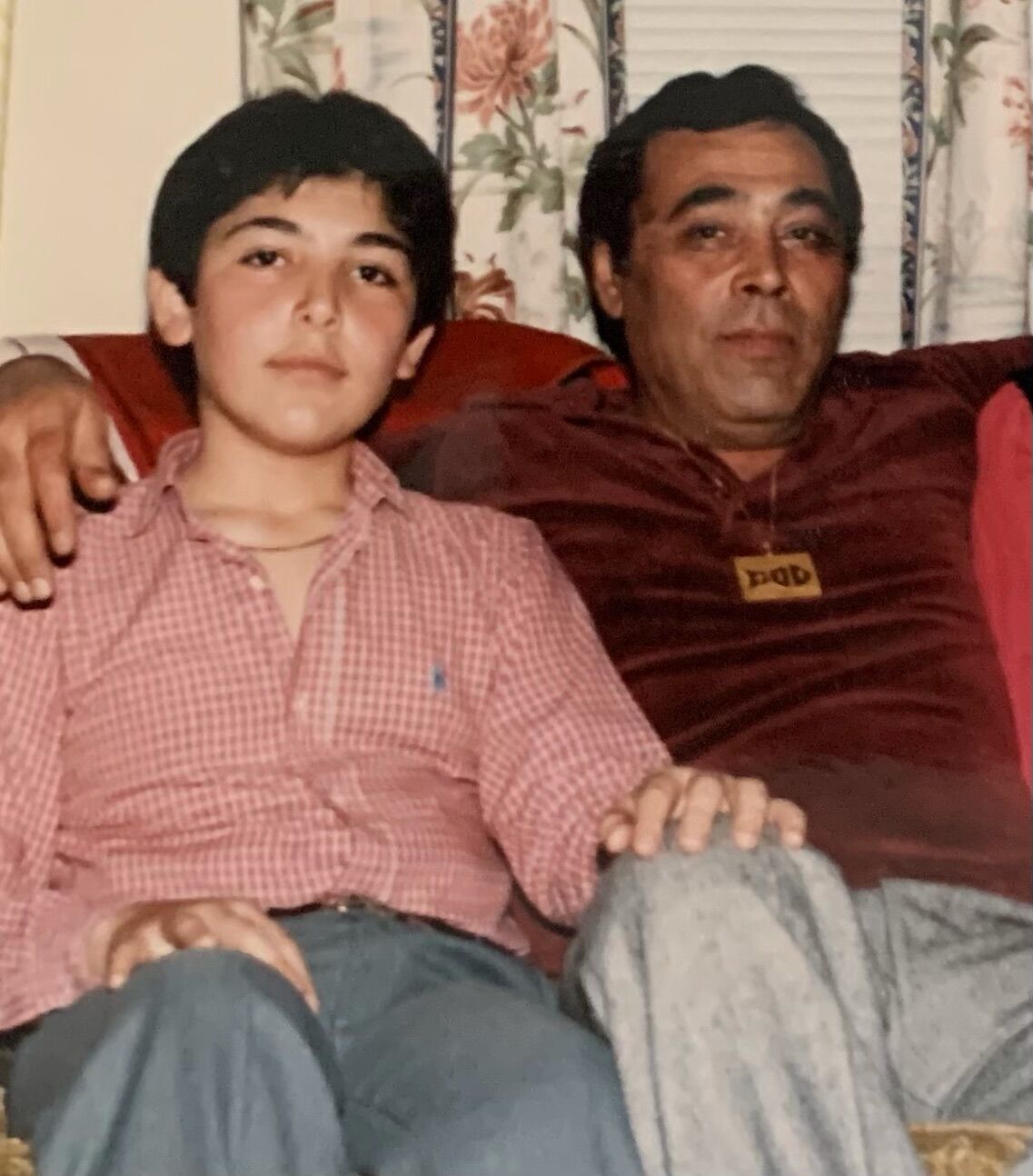 Cobb defense lawyer Mazi Mazloom, left, with his father Aki Mazloom, an Iranian immigrant who worked as an accountant and later, an entrepreneur. 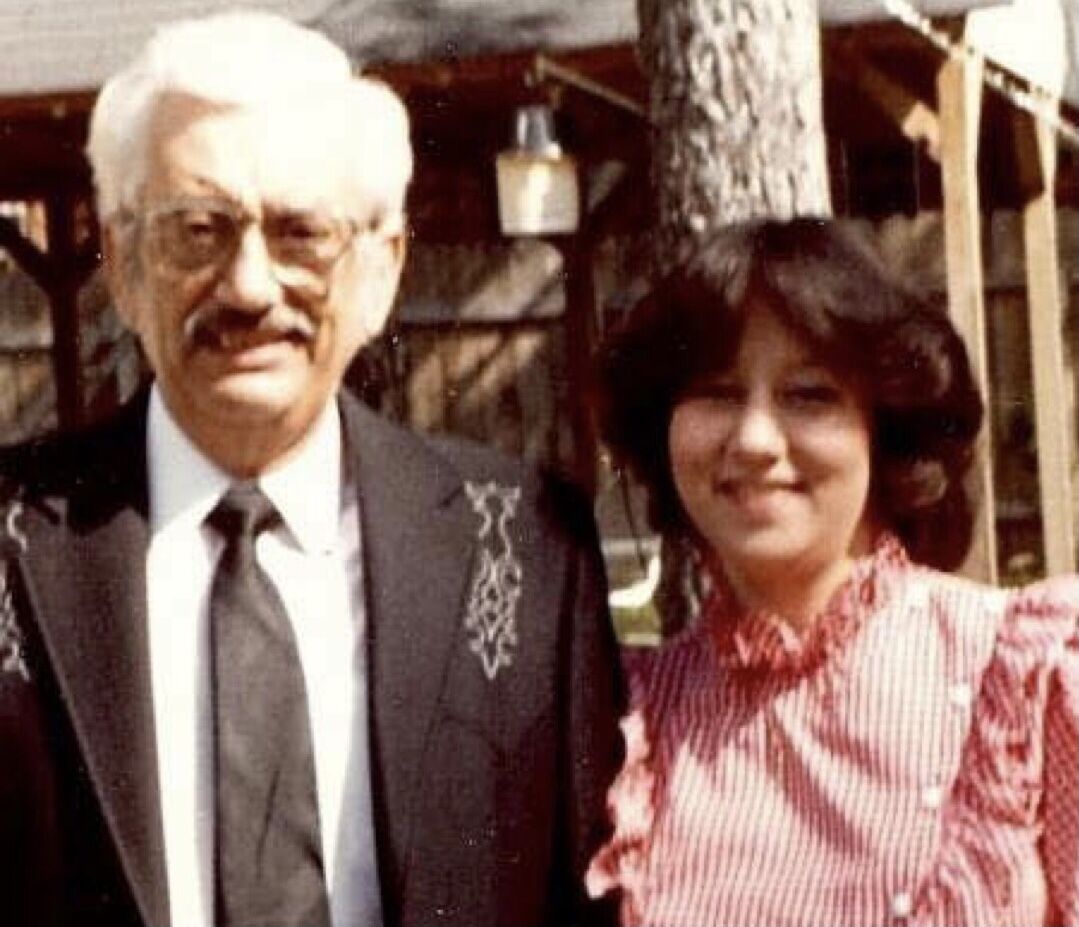 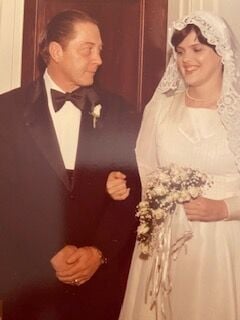 Mary Frances Williams at her wedding with her father, Howard “Red” Atherton, a pharmacist and mayor of Marietta. 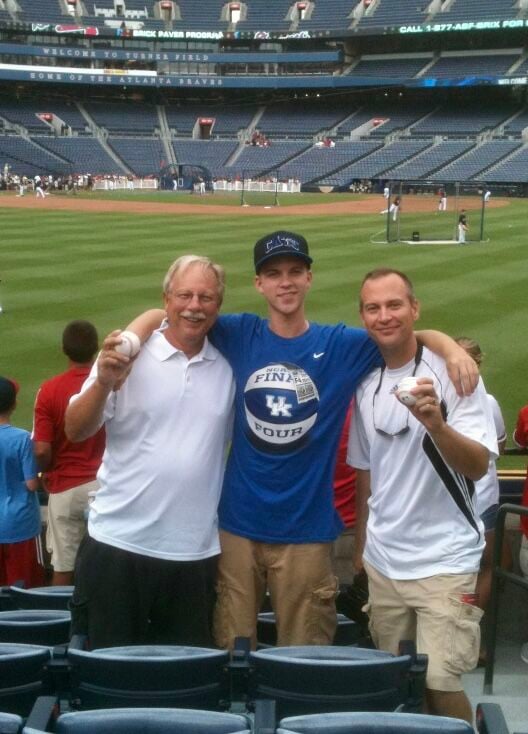 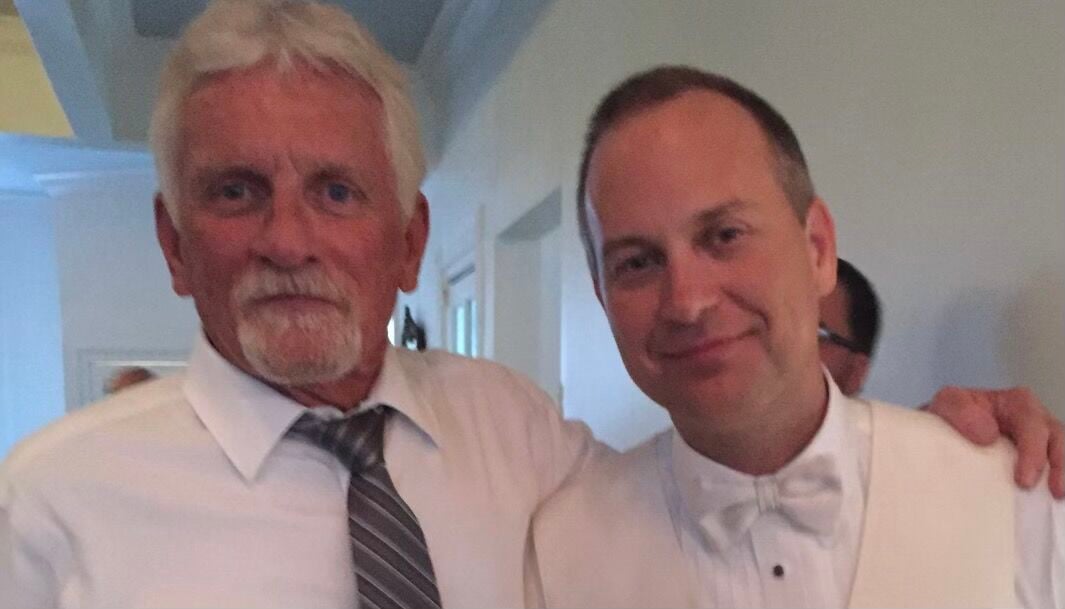 Cobb defense lawyer Mazi Mazloom, left, with his father Aki Mazloom, an Iranian immigrant who worked as an accountant and later, an entrepreneur.

Mary Frances Williams at her wedding with her father, Howard “Red” Atherton, a pharmacist and mayor of Marietta.

As families raise a glass to dear ol’ dad on Father’s Day, the MDJ asked area residents to share something important they learned from their fathers.

“Well, there was seven of us,” McAfee said. “I was the oldest kid. Every night we sat down at the table and ate dinner. And you did not leave the table until they told you (that) you could leave the table. We learned manners. We learned history. We talked about wonderful things. It was always ‘What did you do today?’ My daddy never gave any of us a whipping. But he would take you out for an ice cream and he would discuss it. My mother always said, ‘Don’t ever do anything that you would see on the front page of the Marietta Journal, and we didn’t. We got that close, but we didn’t.”

Flynn Sr. was the oldest of 10 children and became a father himself at 19. The DA shared an intimate portrait of his relationship with his Army veteran father, a proud man who instilled a strong work ethic.

But “at times I questioned his love,” Broady Jr. said. That changed, however, after Broady Jr. joined the military. He came home from his first overseas tour the day before Christmas and was picked up by Broady Sr. from the airport. Broady Sr., who had come from a Christmas party where he had imbibed, greeted his son at the arrival gate, shouting “My baby, my baby, I love my baby.”

“I was embarrassed,” Broady Jr. said. “However, when I look back, it was really the first time in my life that I heard those words come from him.”

Broady Sr. had a series of strokes and in the summer of 2017, Broady Jr. spent a week caring for his bedridden father. Broady Jr. said he cherishes that week of feeding, bathing and talking to his father.

“We talked about how he viewed fatherhood and marriage and how his growing up influenced him as an adult,” Broady Jr. said. “How setting that example of going to work every day to provide for my siblings and I was important to him. I learned he was never taught the things that I thought I was missing or wanted. He gave them to me that week. I had the opportunity to hear him tell me how much he loved us, how proud he was of us, and how he had found his faith. I truly learned how important his family was to him.”

Broady Sr. died in November 2017. The DA said he works every day to make his father proud and live up to the Army slogan, “be all you can be.”

State Rep. Mary Frances Williams, D-Marietta, comes from a political family. Her father, Howard “Red” Atherton, was a druggist, mayor of Marietta in the 1960s and served in the Statehouse.

“He said he ran for Marietta City Council the first time because there was something specific he wanted to get done. Once he had a taste for politics and elected office, there was no turning back,” Williams said.

As a nonprofit lobbyist, Williams spent plenty of time under the Gold Dome in her career and came to feel drawn to politics herself.

Williams recalled Atherton as a typical midcentury father — “always busy working and did not spend a tremendous amount of time” with his young children. Atherton’s mother was a successful businesswoman, though, so he respected working women and believed Williams and her sister could do anything they wanted.

“Most importantly, he believed in me — really believed in me,” Williams said. “That is probably the best thing a parent can do for a child, after loving them.”

Atherton died young at the age of 50, when Williams was a 22-year-old newlywed. She thinks he’d be pleased and “a little amused” that she now serves in the Georgia House.

“On those days when I need a little extra courage in the House of Representatives, I carry one of Daddy’s cufflinks in my pocket,” Williams said. “In that way, and many others, he is with me always.”

Cobb County Superior Court Chief Judge Robert Leonard said he was blessed to have two fathers, father Bob Leonard and stepfather Mike Elliott, in his life that shaped him into the man he is today.

“I think I have my dad’s sense of humor and appreciation for public service,” Leonard said. “I have my stepdad’s work ethic and love of fixing things.”

Cobb defense lawyer Mazi Mazloom is the son of Aki Mazloom, who worked as an accountant in Iran. After immigrating to the U.S., Aki Mazloom became an entrepreneur, owning gas stations and a grocery store.

Aki Mazloom died in 1999 at the age of 64. The best lessons Mazi Mazloom learned from his father were honesty, taking responsibility for your mistakes and fixing them.

Cobb County GOP Chair Salleigh Grubbs said her father, lawyer J. Milton Grubbs, taught her that, whatever field she chose, she ought to be the best at what she did.

“I don’t care if you want to be a ditch digger,” he used to tell her. “Be the best damn ditch digger there is.”

Milton Grubbs, who died in 1987, also taught Salleigh his love and understanding of the law. She said no other story encapsulates this love and respect more than this one:

“When I was a child, my father represented Billy Sunday Birt, who was a notorious serial killer in Georgia that died a few years ago while on death row for other murders. Long-time Cobb folks may remember the Matthews Murders. At that time, Cobb County had a circuit defender program to represent those who could not afford legal representation. My father was appointed to represent Billy Sunday Birt. My mom was not quite so happy with my father representing an alleged murderer, but Dad explained that regardless of guilt or innocence, he was entitled to a fair trial. Many years after that I read the grand jury testimony in the case wherein Judge Ravan said from the bench that my dad would see to it that Billy Sunday Birt received a fair trial — and he was right. Guilty or innocent — Dad believed in our legal system and fought for his clients accordingly.”

“He taught me about God, religion, family, business and life, both in words and actions and how to think and plan generationally,” Goldstein said.

Realtor Wendy Bunch’s father, Wayne Rozelle, is a retired engineer who worked for Southern Railway. Rozelle, like his daughter, is a Smyrna native who now lives in Marietta.

Rozelle coached sports his entire life and “loved for the underprivileged to succeed,” often giving the money in his pocket to young athletes who needed it more.

After waiting unsuccessfully for a heart transplant, Rozelle now has a left ventricular assist device (LVAD) in his heart.

“He is with us today with a very altered lifestyle: no lake, no pool, no water, no boat. Should he fall in water he has 12 seconds to live,” Bunch said. “He doesn’t fear it, he is positive, when most couldn’t (be).”

Bunch gave a list of remarkable experiences her father’s had over the years: winning a “toughest guy in Atlanta” contest, body guarding Atlanta Hawks legend Dominique Wilkins, meeting his idol (boxer Evander Holyfield), doing a Christian talk show and surviving a “horrific” train accident that hospitalized him for months.

As for life advice, Bunch said Rozelle taught her, “No matter what you might need, someone needs it more. No matter how bad you think you have it, someone has it worse. You may not feel on top of the world right now, but you will get there one day.”

Here’s where Georgia ranks for obesity

Who won in the 83rd All-American Soap Box Derby on Saturday in Akron?