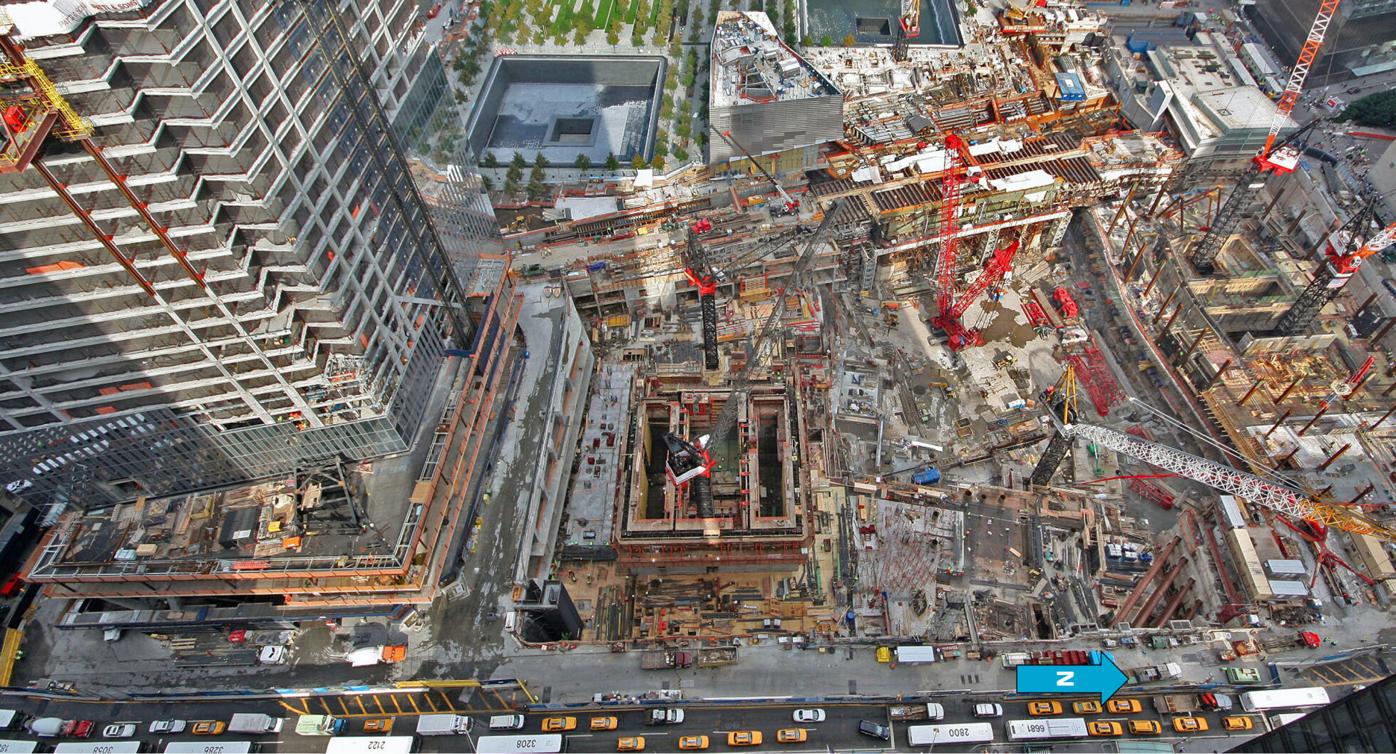 The view of the World Trade Center under construction from Jim Hickey’s office, where he worked from 2009-2011.

The September 11 Memorial North Pool and One World Trade Center at night in New York in October 2014. 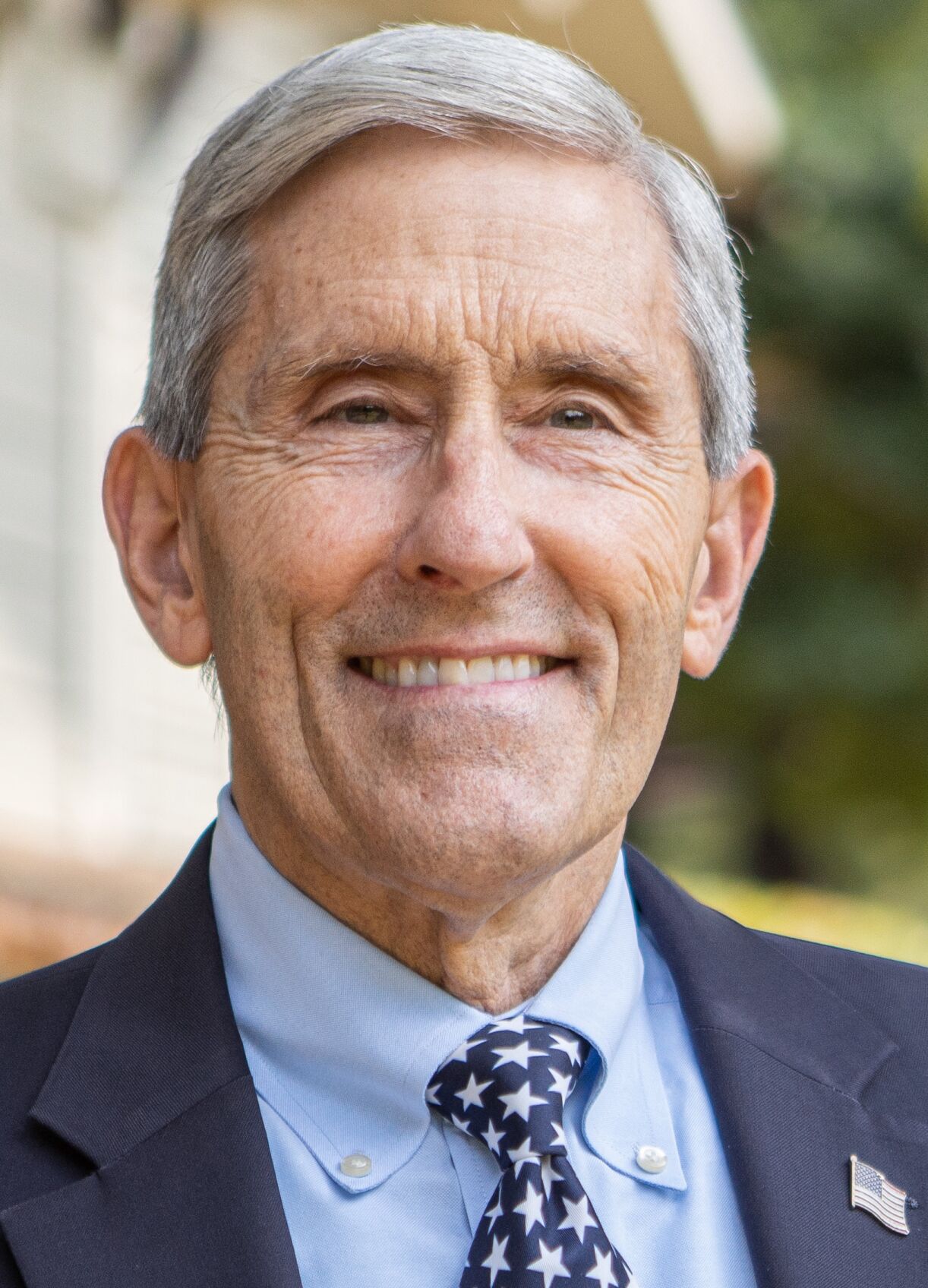 The view of the World Trade Center under construction from Jim Hickey’s office, where he worked from 2009-2011.

The September 11 Memorial North Pool and One World Trade Center at night in New York in October 2014.

Like most Americans who were old enough to realize what had happened, Cobb resident Jim Hickey remembers exactly where he was on September 11, 2001. The army veteran, father of four and engineer was in a conference room in a Buckhead office building. His boss insisted people turn their phones off during meetings. But a colleague stepped out, and quickly returned to tell Hickey and the others they needed to come and look at the TV.

“We were dumbfounded,” Hickey said.

Needless to say, the meeting was canceled, and Hickey and his colleagues were given the rest of the day to work or leave the office as they saw fit.

It wasn’t until several years later that Hickey would learn he was to play a part in the aftermath of the terrorist attack. In late 2008, he was working on a project in South Korea for engineering and design firm Parsons Brinckerhoff (now WSP USA). An executive for the firm called and asked if he’d be interested in working on the construction of the new World Trade Center.

“And I was speechless for several seconds,” Hickey recalled. “In fact, I was speechless as tears came to my eyes … I was catching my breath so to speak, composing myself for probably only 10 or 15 seconds but it was long enough that (the executive) said, ‘Are you okay?’”

Hickey worked on the new World Trade Center for two years, from April 2009 to April 2011, on a team of about 100. The firm provided engineering services to the Port Authority of New York and New Jersey, the government agency which owns and operates the World Trade Center campus. He described it as both a challenge and a leadership opportunity.

“We got back on schedule, we got back within budget, and we finished in a very lucrative position, with respect to performance and recommendations for future work,” Hickey said.

When Hickey arrived in New York, the site was still “a big hole,” or “the bathtub,” as Hickey and colleagues described it. Their office, situated east of the campus, provided a view of the site from 18 stories up.

Hickey and his colleagues worked to build waterproof retaining walls to keep water from the Hudson River from getting into said big hole. Other work overseen by his team was excavating parts of the hole, building foundations into the bedrock and beginning upward construction on some buildings. Some of the work, Hickey said, was done through top-down construction instead, where construction occurs downward from the ground level as the excavation is progressing.

“You just start excavation ... and you build as you go down,” he explained.

Twenty years since the Twin Towers fell, the massive new complex, still under construction, is mostly complete. The grandest building, One World Trade Center, was completed in 2014. The 1,776-foot tower (paying tribute to the founding of America) is the tallest building in the Western Hemisphere. Improved fortifications were included in the design in case of future attacks.

The base of the tower consists of 185-foot-tall concrete with no windows. Some were critical of that design, believing it to be overly fortress-like, too much steel and concrete. Hickey, though, believes the extra protection is warranted.

“That was a conscious effort of the consortium that was responsible for putting the design together … as a mitigation factor against should this ever happen again,” he said.

Two of the seven office buildings (2 WTC and 5 WTC) in the complex are still to be completed, as is a new performing arts center.

Also on-site is the September 11 Memorial, which features two memorial fountain pools, both nearly an acre in size, in the footprints of the Twin Towers. There’s also the September 11 Museum, Liberty Park, a transportation hub that connects to the city's trains and ferry networks.

The old site of the Twin Towers is surrounded by new construction on the north and east which for Hickey, “form a barrier from any attack from the east, to protect the holy ground of the two fountains.”

After two years, Hickey’s firm and the Port Authority decided not to renew the engineering contract, so his work was done. Hickey regularly gives presentations about the complex to local community groups, providing details about different buildings, explaining the layout of the new campus as compared to the old. He enjoys discussing his work on the complex.

“I think if the company called me and said, ‘We'd like you to come back,’ I'd give it serious consideration,” he said. “It's a fascinating project for engineers.”

Equally rewarding was the fulfillment Hickey felt from working on such a project. He described feeling emotional commuting from a New Jersey apartment into Manhattan every day, how his wife Barbara Hickey supported his work even if it meant being away from metro Atlanta, and how many of his colleagues had personal connections to people that were in the towers on 9/11.

“For me, it was a spiritual, it was an emotional assignment,” Hickey said. “It was a duty to help rebuild the World Trade Center, to show our nation and to show the world that we are not intimidated, we are not beaten down. And we're back.”