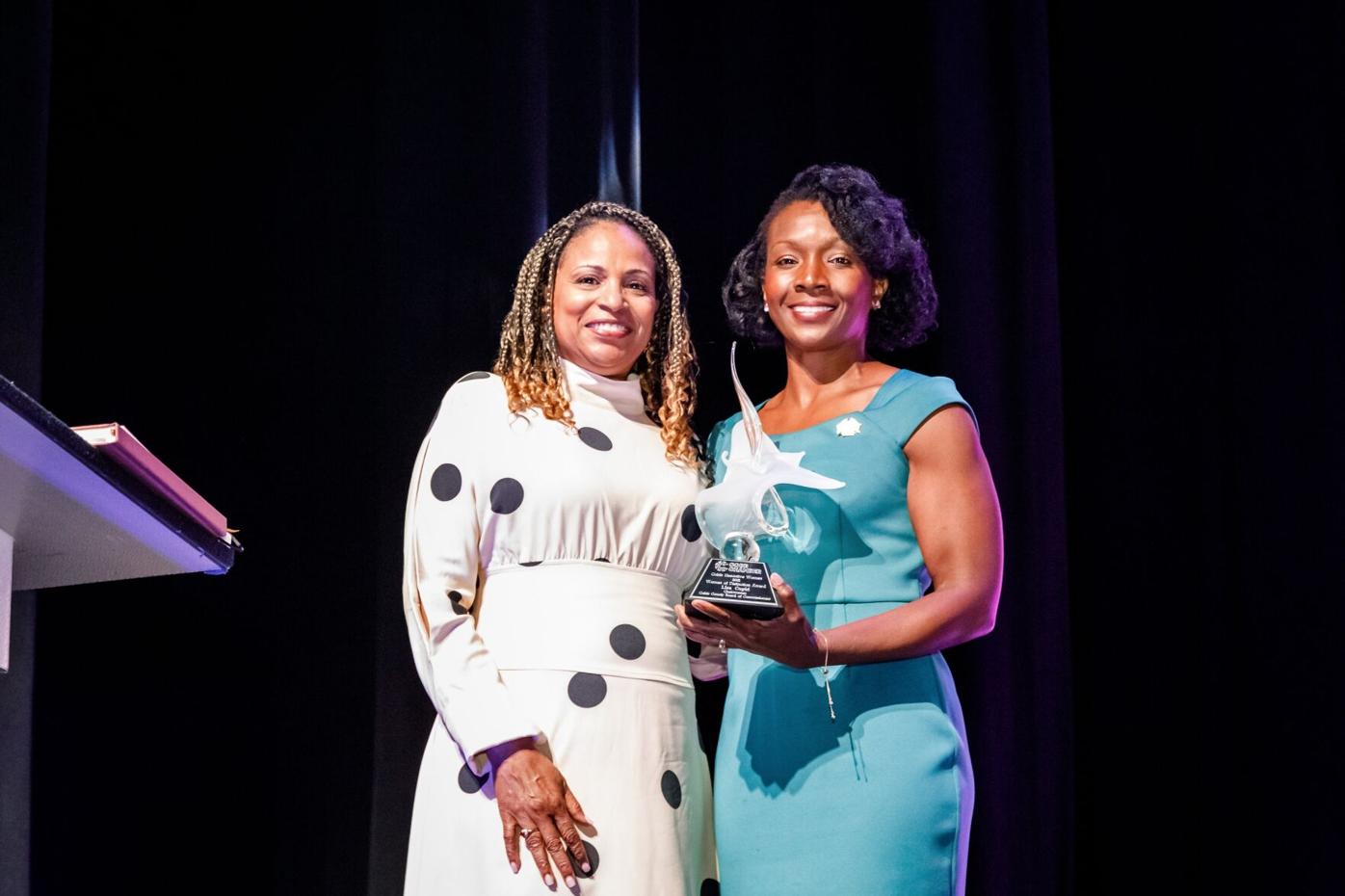 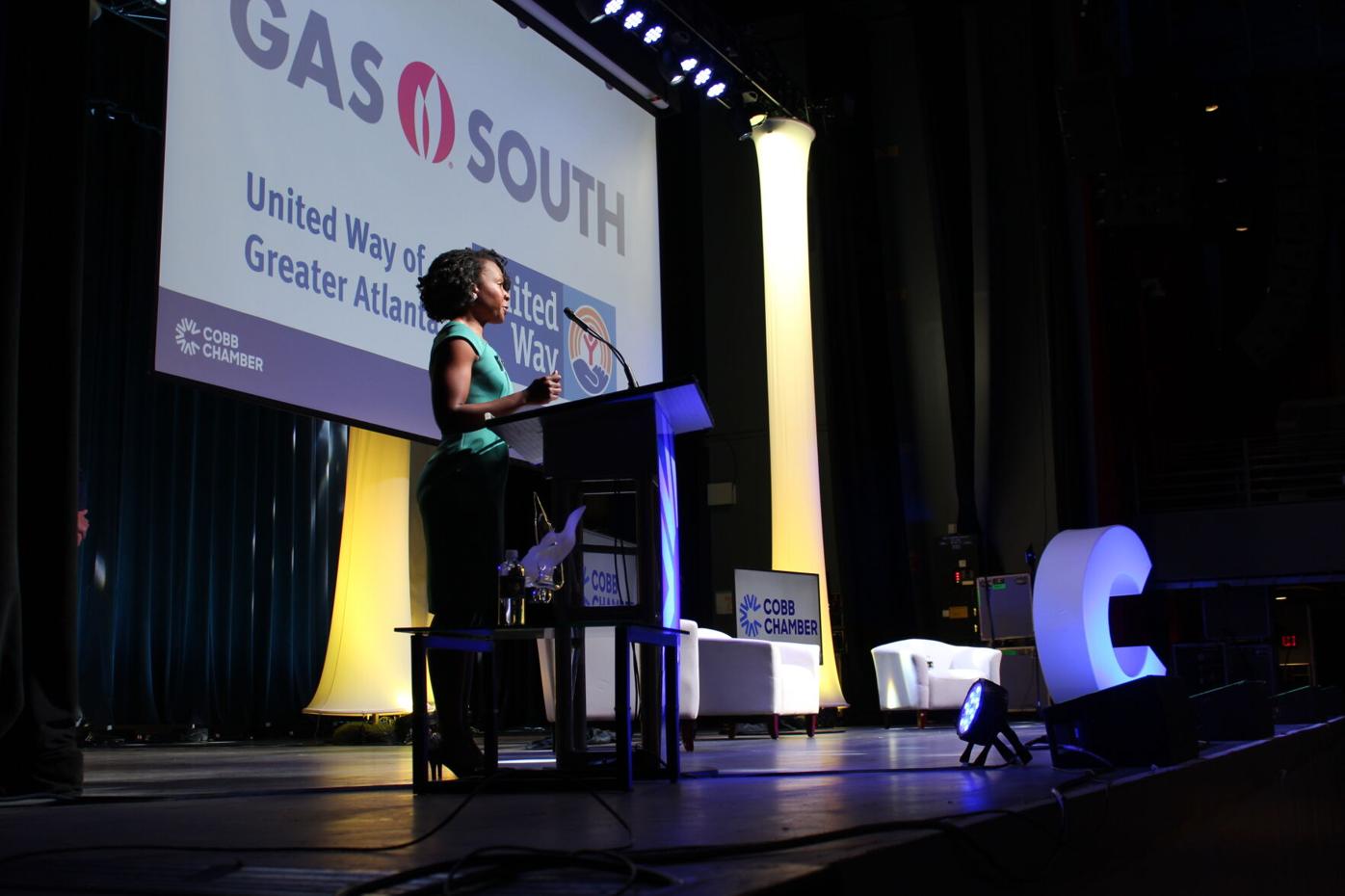 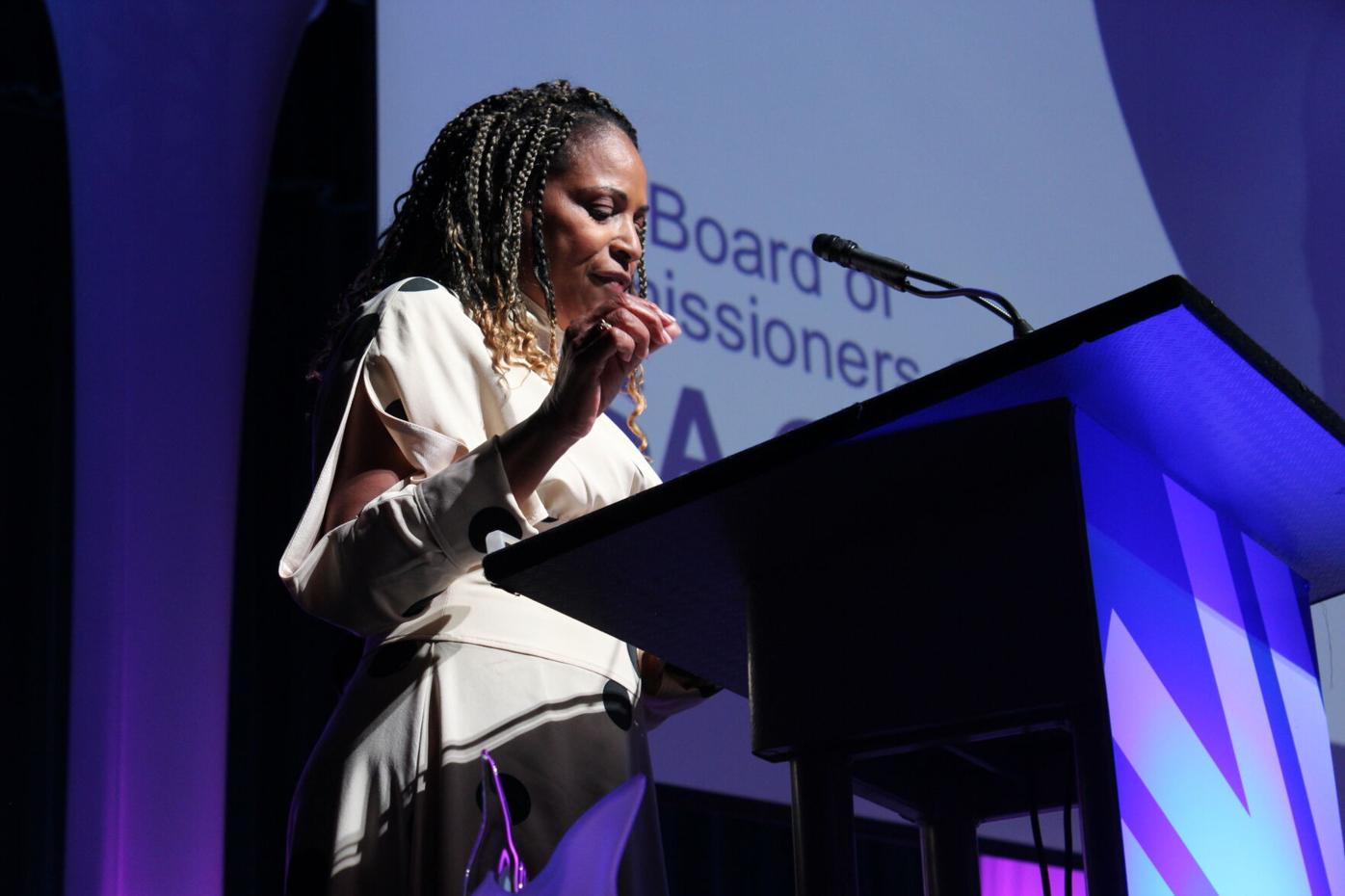 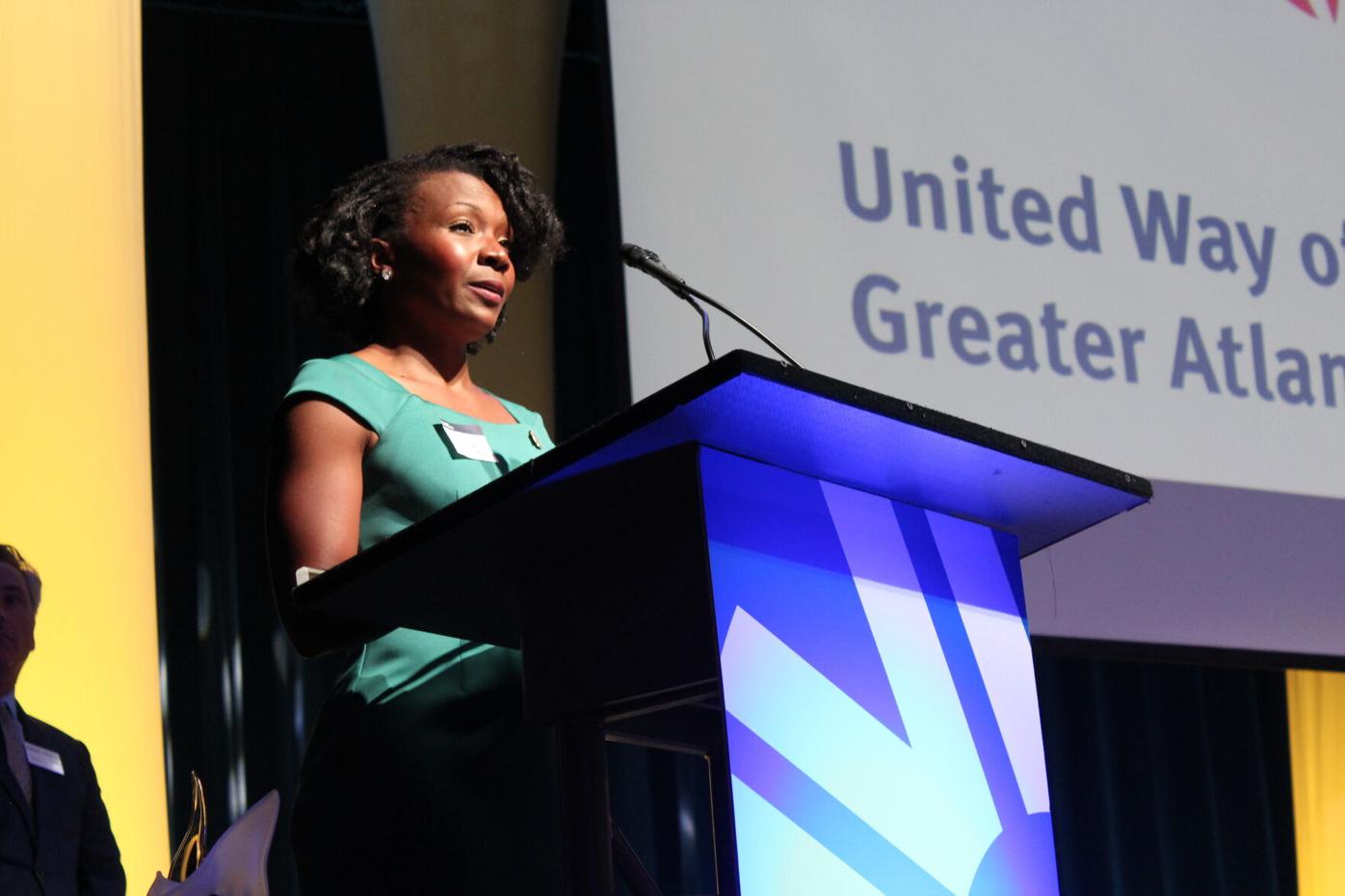 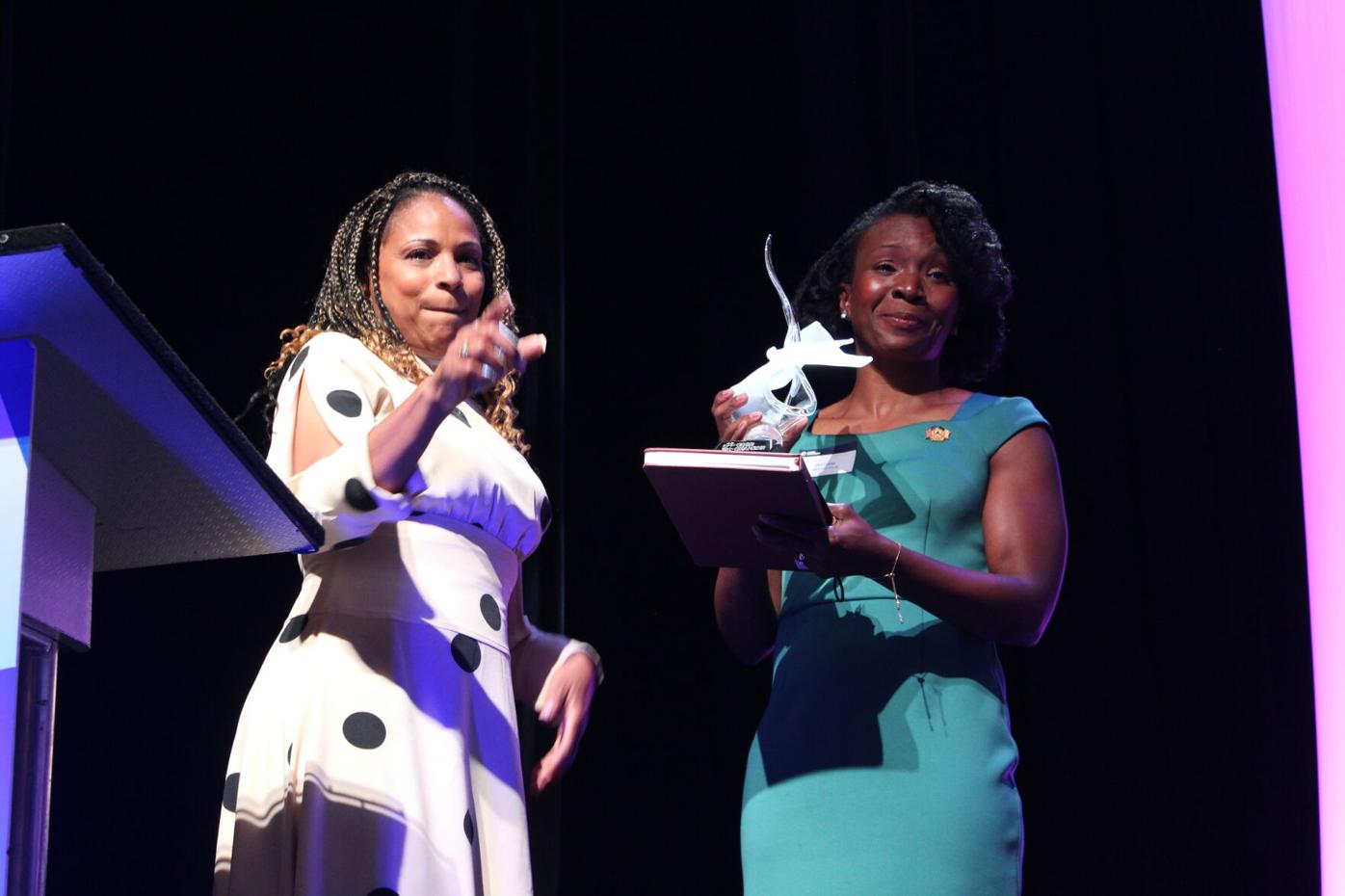 CUMBERLAND — The Cobb County Chamber of Commerce gave its annual Woman of Distinction award to Cobb Board of Commissioners Chairwoman Lisa Cupid.

“Throughout her years in public service, Chairwoman Cupid has been known as a strong advocate for the fair treatment of all Cobb residents and stakeholders, regardless of their demographic, geographic or economic standing,” said Yvonne Byars, senior director at MUST Ministries and chairwoman of the chamber’s Cobb Executive Women program.

Byars said Cupid has been a “champion” for Sunday transit service, improved citizen education and engagement with government and advocated for public safety improvements such as license plate readers, body cameras and a public safety nuisance abatement program.

The award, presented to a Cobb woman who has demonstrated “exceptional leadership through professional endeavors, community involvement and social responsibility,” was created in 1991 as the Glass Ceiling Award. The 2020 recipient was Kim Gresh, president and owner of S.A. White Oil Company.

Byars presented the award at the chamber’s Marquee Monday event on Monday.

Cupid has been the top elected official in the county government since January. Elected countywide last November, Cupid is the first woman and first African American to be county chair. She previously served eight years as the District 4 commissioner.

“Chairwoman Cupid is a leader and innovator, a trailblazer, and an asset to Cobb,” Byars said.

Citizen enforcement of Texas abortion ban could spread to other laws