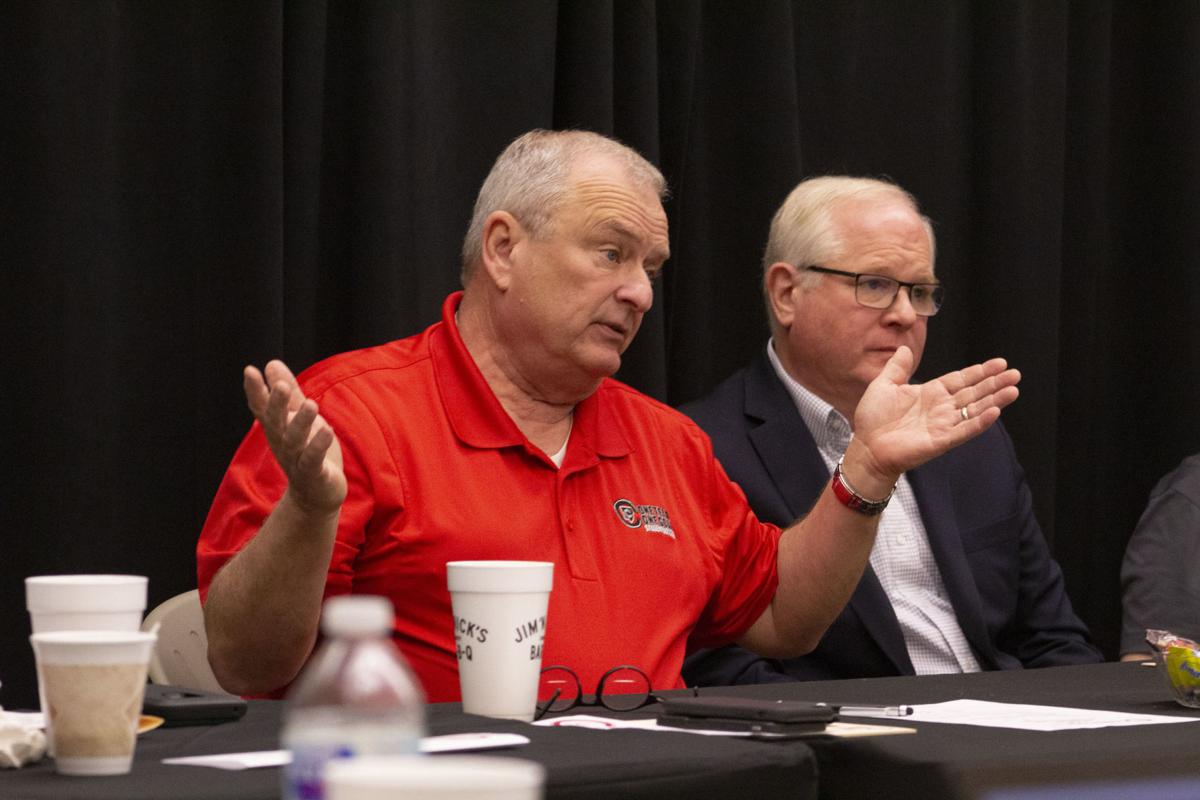 Cobb school board Vice Chairman Brad Wheeler discusses Monday moving magnet schools out of overcrowded south Cobb schools and into schools that are under capacity. 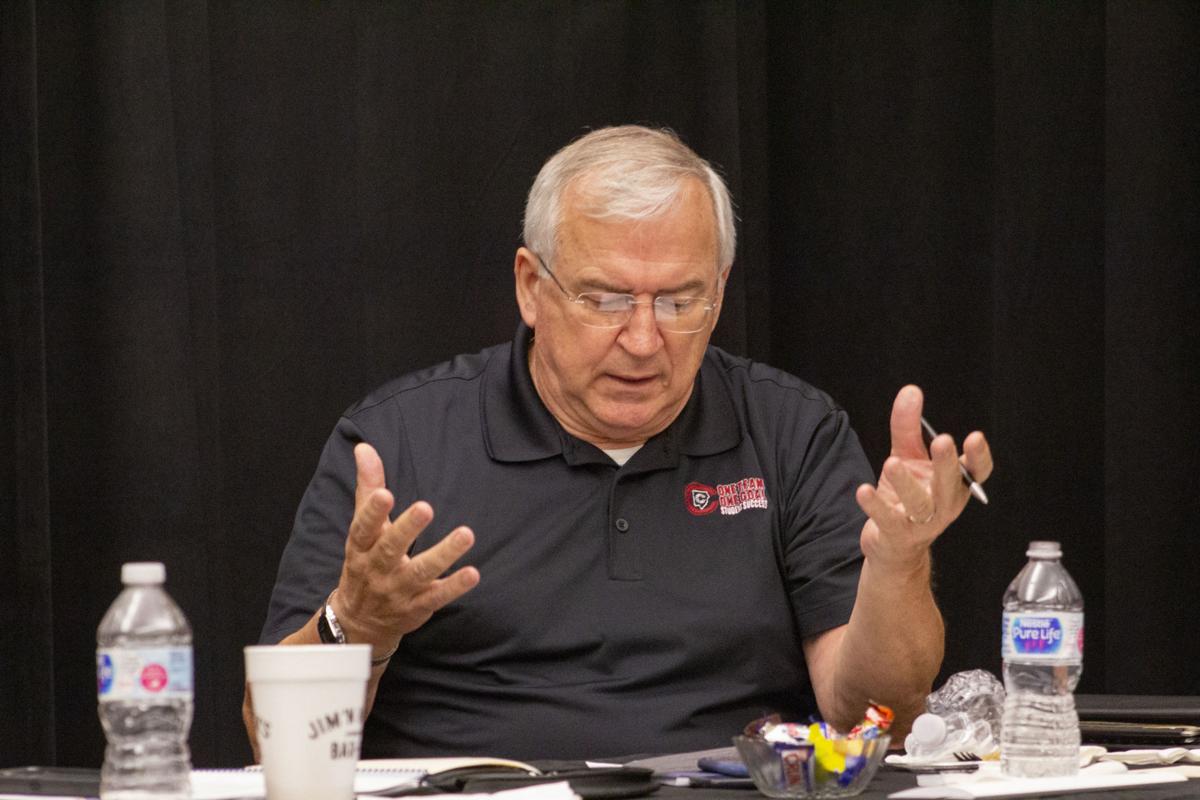 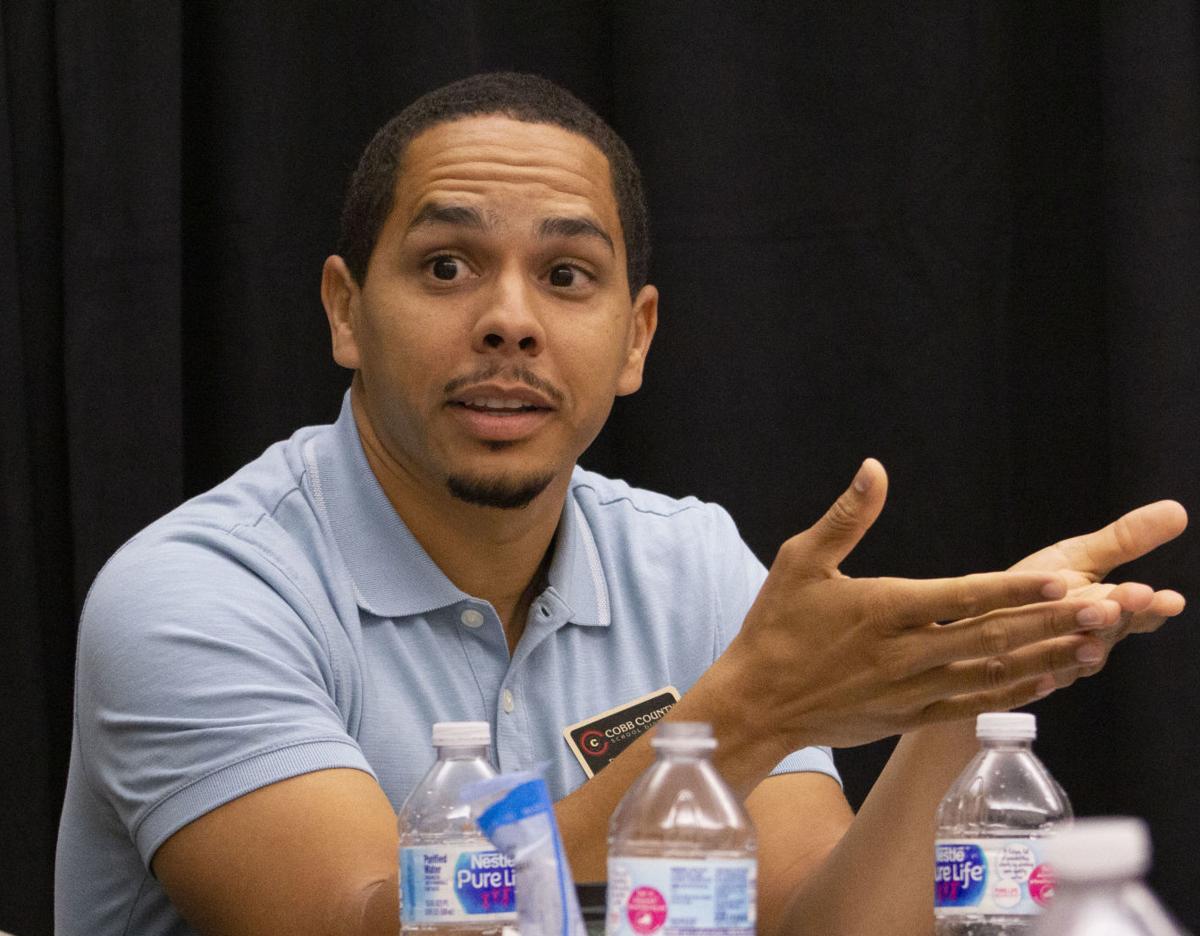 Cobb school board Vice Chairman Brad Wheeler discusses Monday moving magnet schools out of overcrowded south Cobb schools and into schools that are under capacity.

MARIETTA — As a possible fix for overcrowding, the vice chairman of the Cobb Board of Education has suggested moving magnet schools out of the most overcrowded high schools in the county — a suggestion that sparked a passionate debate at the board’s retreat this week.

Brad Wheeler began discussion saying he was not in favor of “mega schools” holding up to 4,000 students, and favored as small of a student body as possible in the district’s schools.

Wheeler said community members from south Cobb schools like Pebblebrook and Campbell high schools are looking for quick solutions to their overcrowding issues. Moving Pebblebrook’s performing arts magnet school and Campbell’s International Baccalaureate program to schools that are under capacity could even out student population quickly and at low cost, he said.

Wheeler’s suggestion included moving magnets to north Cobb schools that are under capacity.

“At one point, I believe we talked about maybe a third high school down there in that Campbell (and) Pebblebrook area, and I’m hearing that there’s no land,” Wheeler said. “People want things done now. They want things fixed now. What I’m saying is this is a method or way that we can help alleviate these conditions.”

The magnet programs at both schools, which attract commuting students from other schools in the county, use up parking spaces and contribute to the crowded class changes, classrooms and lunch lines the south Cobb communities have spoken about, he said.

Board member Randy Scamihorn added the district had been “hammered for six years” with overcrowding complaints from south Cobb residents, adding that the district may need to “suck it up and find the land (for another school) at whatever cost.”

“We’re all in this together. The boat sinks or floats based on what we do,” Scamihorn said.

Pebblebrook High School is 687 students over capacity and Campbell is 266 students over, according to school district estimates.

Wheeler’s suggestion was met with stark opposition from board members Jaha Howard and Charisse Davis. Howard and Davis said moving the magnet programs would equate to punishing the overcrowded schools for having inadequate facilities for the densely populated area of the county — a fact they said is not the fault of the south Cobb schools.

Howard said when he has asked the south Cobb parents, teachers and students what solutions they want, the answer has not included splitting up the community.

“I think it would be problematic — really a slap in the face — to come back and suggest, ‘Hey, as a board we were thinking about it, and I think we should just move your magnet programs,’” he said. “Everybody would say, ‘That’s not the deal we made.’”

Howard added that the board should wait to see the district’s final plans for both Pebblebrook and Campbell. He said those improvements, plus next year’s opening of the Cobb Career Academy on Osborne High School’s campus could alleviate some of the overcrowding.

“The culture of these schools have been built around these magnet programs. So to even suggest something like that in an effort to keep open schools that are grossly under capacity ... doesn’t really make sense,” he said.

Hutchins said even if all of the students enrolled in the Pebblebrook magnet left, the school would still be severely overcrowded. A better solution, he said, would be to consolidate north Cobb schools that are under capacity.

He also said the district should wait for the newest enrollment projection data to make a decision. That data is expected to be released in the coming weeks.

Hutchins said he and Wheeler have planned to meet the next two Mondays to explore Pebblebrook and the school community’s safety concerns and to discuss viable solutions.

Other suggestions from board members included continuing to look for space for a new school in south Cobb, capping total allowed students in a magnet program and considering a redistricting. Discussion of redistricting was cut short by a single comment from Ragsdale: “I’m not interested in redistricting,” but the subject continued floating around the room as a long-term solution.

Authorities ID man who fired at police, drove into lake