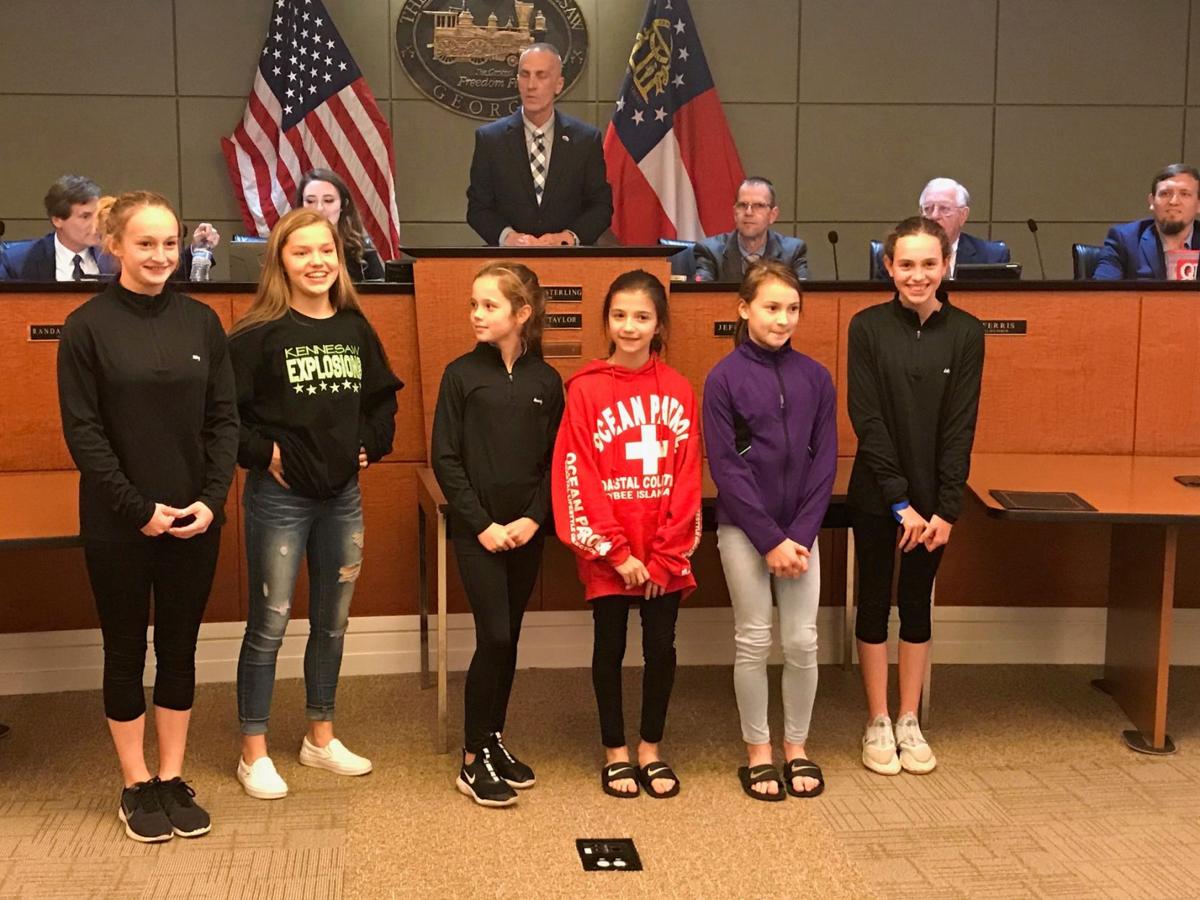 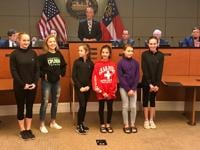 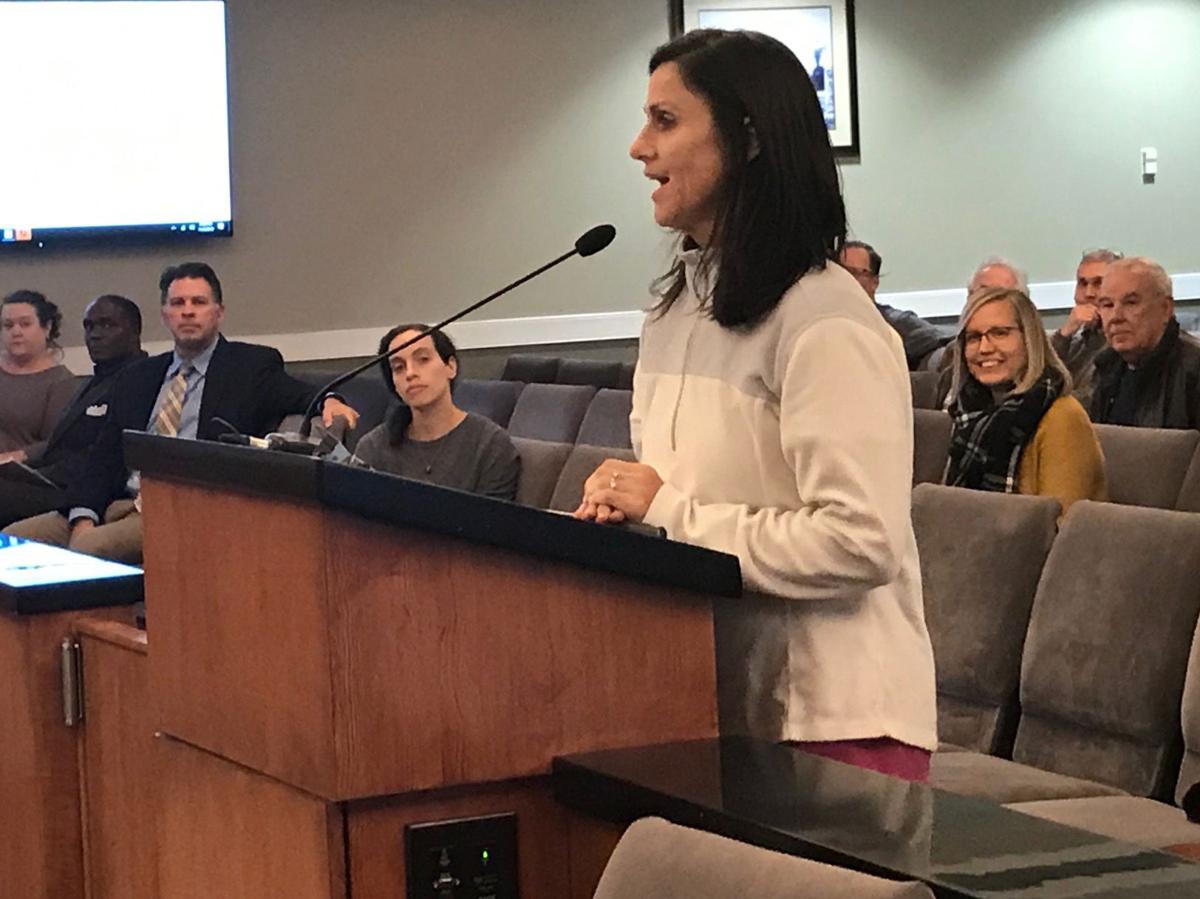 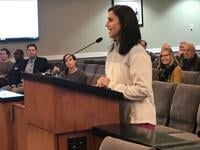 Lori Cooley runs the Kennesaw Parks and Recreation gymnastics program and asked council to put their gym back in phase 1. / Rebecca Gaunt 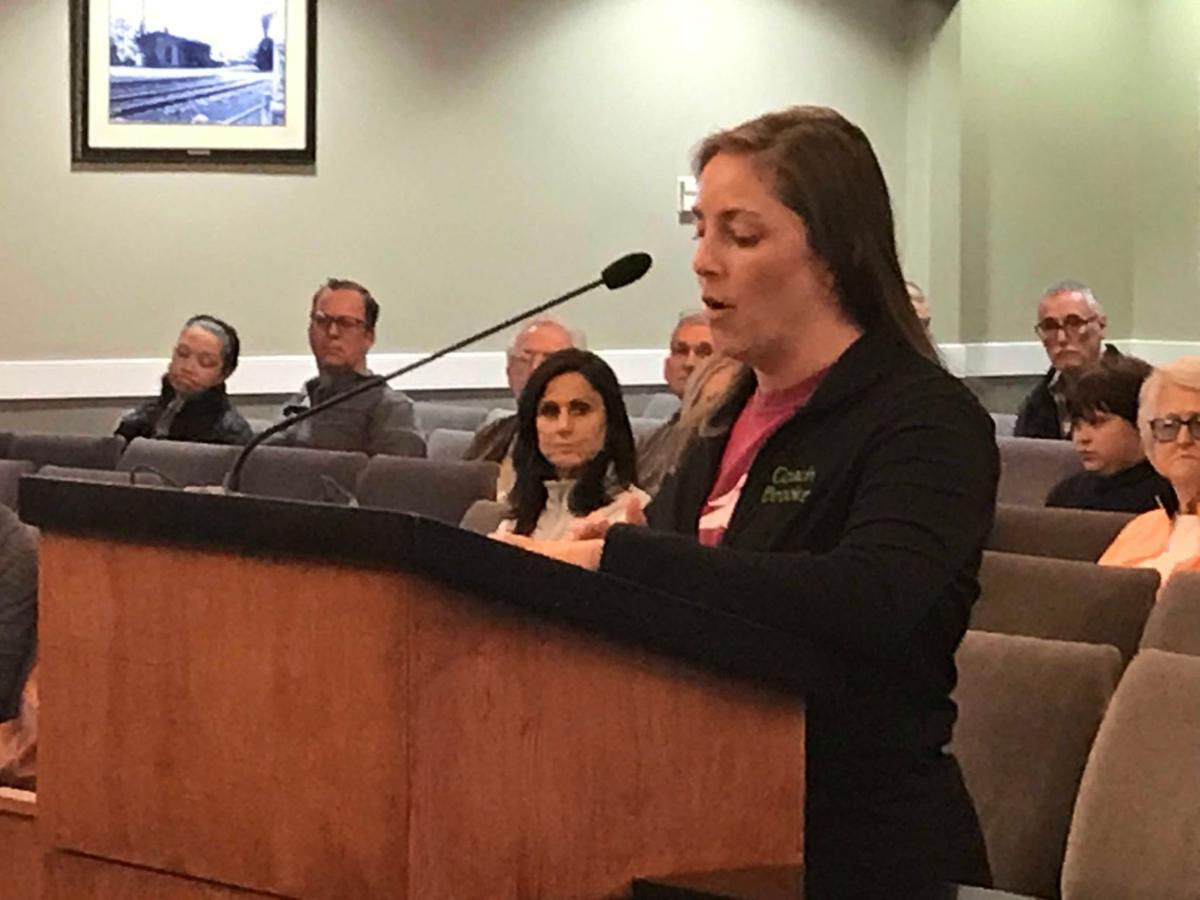 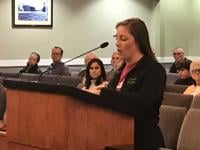 Brooke Anderson is a coach who says the current facilities pose safety issues and can’t accommodate the number and skill level of students. / Rebecca Gaunt

Lori Cooley runs the Kennesaw Parks and Recreation gymnastics program and asked council to put their gym back in phase 1. / Rebecca Gaunt

Brooke Anderson is a coach who says the current facilities pose safety issues and can’t accommodate the number and skill level of students. / Rebecca Gaunt

Coaches and parents from Kennesaw’s gymnastics program are going to the mats over a change in plans for the city’s new recreation center.

The estimated $10 to $11 million center will be built in Adams Park and will be approximately 39,700 square feet. The cost will be spread out over two 1% Special Purpose Local Option Sales Tax cycles. Phase 1 will be 21,500 square feet and paid for with 2016 SPLOST funding. Phase 2 will be 18,200 square feet and built using funds from the 2022 SPLOST should voters approve that SPLOST.

Coaches Lori Cooley and Brooke Anderson say they were promised a new gymnastics gym as part of phase 1 in 2018, but only became aware about a month ago that their gym had been moved to phase 2 and the basketball gym would be built first instead.

“No one told me. I walked in and I saw the drawings, and I’m like wait, this is wrong. ... We don’t have a basketball program,” Cooley, who runs the gymnastics program, told the MDJ.

Cooley and Anderson, along with several volunteer parents and students, attended this week’s City Council meeting to ask that the gymnastics facility be moved to phase 1. They said the popular program is at max capacity and they get emails from parents begging for a spot for their children.

They are also concerned about safety issues arising from the limited space.

“We run from the hallway where people are walking by, full speed into the gym, and I have to pad the doors so nobody takes a header and goes out the exit,” Anderson said, describing vault practice.

Anderson said it’s reaching the point where without the resources and equipment she needs, she’s going to have to start sending some of her students elsewhere. Cooley also said the beams are in another room, which prevents them from being able to send students to work on them unless someone is available to supervise.

Ailan Olson has a daughter in the program and she says when she turns 360 degrees on the top bar, her feet nearly touch the ceiling.

“I fear for their safety and that my daughter’s outgrowing this particular program,” she told the council.

Kellee Vass’ daughter has been in the program for eight years. They recently moved to Cherokee County, but they still drive to Kennesaw because “it’s family, it’s home.” However, she’s concerned about safety as her daughter has grown more powerful and hit the wall recently. Her injury wasn’t serious, but Vass worries about the next time.

She also said her daughter spends about 9-10 hours a week in the gym. Gymnasts at that level in other programs may be spending 20-30 hours per week, but that simply isn’t possible in Kennesaw’s small space.

“But that’s the incredible talent we have. Our girls are right up there competing with the other girls and they have a fraction of the gym time that these girls have,” Vass said.

Cooley told the council that with a proper facility, they could bring in $10,000 in one weekend for a gymnastics meet.

Parks Director Steve Roberts informed the council of the change at a work session in August. At the time, council member Pat Ferris questioned the change in plans and Roberts said he was concerned that should the 2022 SPLOST not pass, and they had to make do with phase 1 for longer than planned, the basketball gym would be more functional for a variety of activities, whereas a gymnastic facility would be very limited in who could use it.

The council and Mayor Derek Easterling appeared receptive to the requests and council member James “Doc” Eaton asked for the council to take another look at the plans at the next work session.