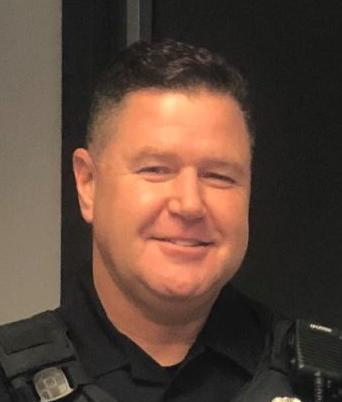 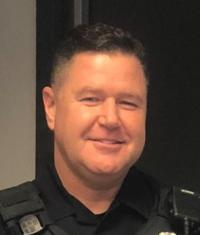 MARIETTA — In April, Tim Cox, chief of the Cobb County Police Department, said the county had recently joined its metro Atlanta counterparts and become a “destination” for warring, small-time criminals like those responsible for the March shooting at Cumberland mall.

But it wasn’t just a county issue, or a regional issue — it was a national issue.

“I’m going to talk a little bit about crime trends,” Marietta Police Chief Dan Flynn said at a town hall organized by Councilman Reggie Copeland last week. “We have had six straight years of reduction in crime in all categories. Across the board, six straight years.”

So far this year, the city is down another 14% from the same period the year before, he continued.

“I can tell you that even in neighboring jurisdictions and other cities, it’s not that way,” he said. “I can literally tell you, as citizens of Marietta, that crime today, as we stand here tonight, crime in the city of Marietta is lower than it has ever been since the city was formed in 1834.”

Criminals often steal vehicles in one area and use them in the commission of crimes elsewhere, according to Flynn. License plate readers, which use software to determine whether passing cars have been reported stolen, allow city police officers to catch potential criminals before they have the opportunity to do anything, Flynn said.

“We are very mindful of the fact that there are those that would say that the license plate reader technology is invasive,” McPhilamy said. “We have been very careful to limit its use, educate our officers and limit access to any of that data.”

Relatedly, the city’s SMILE program, which stands for Systems in Marietta Intersecting with Law Enforcement, has allowed officers to more quickly identify suspects. The system allows the owners of private camera systems, be it a business security camera or a homeowner’s doorbell camera, to put their name in a department database. If a crime has occurred in the area, officers know which camera owners they can contact to review video that may be of use in their investigation.

The ambassador program, meanwhile, allows non-sworn department employees — in other words, those that can’t carry guns or make arrests — to take on some tasks to free up officers for patrols and to respond to more urgent calls.

Last but not least, according to Flynn, are the city’s residents, who are eager to report suspicious activity or help identify suspects through the city’s online tip line.

He cited last summer’s Black Lives Matter protests as an example of a citizenry that embraced, rather than rejected, its police department.

“We’re very proud of the fact that all of the protests that took place within our city were peaceful, and were coordinated with us,” McPhilamy said.

“When young people are engaged, I think you have less crime,” he said. “I think we got so many good programs, that all has played into this being a very safe city.”

Flynn said most Marietta residents have lately called with quality-of-life issues rather than more severe forms of crime. Top of mind are stunt driving, speeding and homelessness, he said.

The Marietta City Council recently enacted an ordinance cracking down on stunt driving, but has since moved to repeal it after the state legislature approved a bill taking an even more stringent approach to the issue.

He attributed the rise in such crimes to empty roadways during the pandemic, which gave some the impression they had the streets all to themselves.

In 2019, the city switched its crime-tracking system from Uniform Crime Reporting to the National Incident-Based Reporting System at the request of the federal government. Departments around the country were given a Jan. 1, 2021 deadline to make the switch. Although there was little change in the tracking of major crimes, comparing rates of less serious crimes before and after the switch can be difficult, McPhilamy said.

The lone category to see an increase in the past five years is “crimes against society,” such as drug-related crimes and prostitution, though McPhilamy said the number of recorded crimes in that category was inflated by the switch to the National Incident-Based Reporting System, which required the tracking of arrests the department would have previously not recorded, such as possession of narcotics. Trafficking of narcotics, on the other hand, would have been recorded in the former system, McPhilamy said.

All told, the total of the crimes mentioned above had, as of 2020, fallen 16% from its five-year average, according to the data.

“I think we definitely are safer,” Tumlin said. “Knock on wood.”