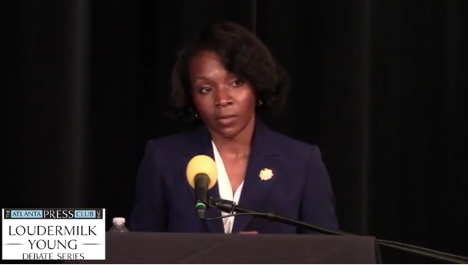 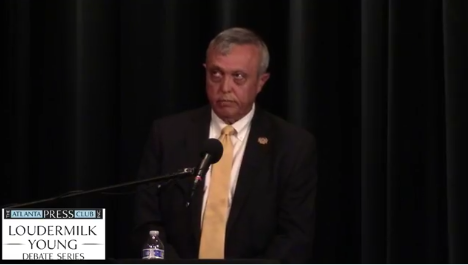 County Chairman Mike Boyce said this week he hopes a new Board of Commissioners will be more willing to address housing affordability in Cobb.

Cupid, the board’s lone Democrat, is set to be replaced by Monique Sheffield, a Democrat who has no general election challenger. In east Cobb, two people are vying to succeed retiring commissioner Bob Ott: Democrat Jerica Richardson and Republican Fitz Johnson.

And, during one exchange in which candidates could ask each other one question, Cupid asked Boyce whether there was anything the county could have done to address long lines at polling locations Monday.

Boyce said elections are the county Board of Elections’ responsibility.

“But we were not a partner,” Cupid shot back. “The Board of Elections in full sent a request to the Board of Commissioners for us to put on the agenda for us to mail out absentee ballot request forms to all of our voters. Our board, save for me, decided not to do that. Our chair has the ability to put an agenda item on the board for consideration on his own, and he chose not to do that. And during a pandemic, we ended up putting a lot lives at risk as people stood in line in large number on Monday to vote.”

Boyce said he had made the decision early in the pandemic after Sterigenics stressed it would only sterilize personal protective equipment at the facility. A judge later granted the company permission to begin sterilizing other equipment in response to an ongoing lawsuit.

The debate was an otherwise tame affair, with candidates reiterating positions they had taken during prior forums or board meetings.

When asked whether the Board of Commissioners should do more to address deaths at the detention center, Boyce said the board should wait for the results of an investigation requested by county District Attorney Joyette Holmes — an investigation the U.S. Attorney’s Office has not confirmed it would conduct — and the detention center’s switch to a new medical provider.

Cupid criticized the board’s recent decision to establish a body tasked with addressing systemic racism in the county, saying it “has no substance,” something that could be rectified when the board votes on the body’s charter and bylaws in January.

When will the race baiting stop?

Cupid was the only commissioner to vote against the Braves stadium. Enough said!